FILE - A cyclist rides past the Pennsylvania Capitol in Harrisburg, Pa., on March 22, 2021. Republican state lawmakers may soon decide which among the scores of potential amendments to the Pennsylvania Constitution will have any shot of making it to a voter referendum — a tactic that can get politically divisive policies around Democratic Gov. Tom Wolf's much-used veto pen. The comparatively large number of proposals pending in the General Assembly address topics that range from voting rights to abortion and real estate taxes. (AP Photo/Matt Rourke, File) 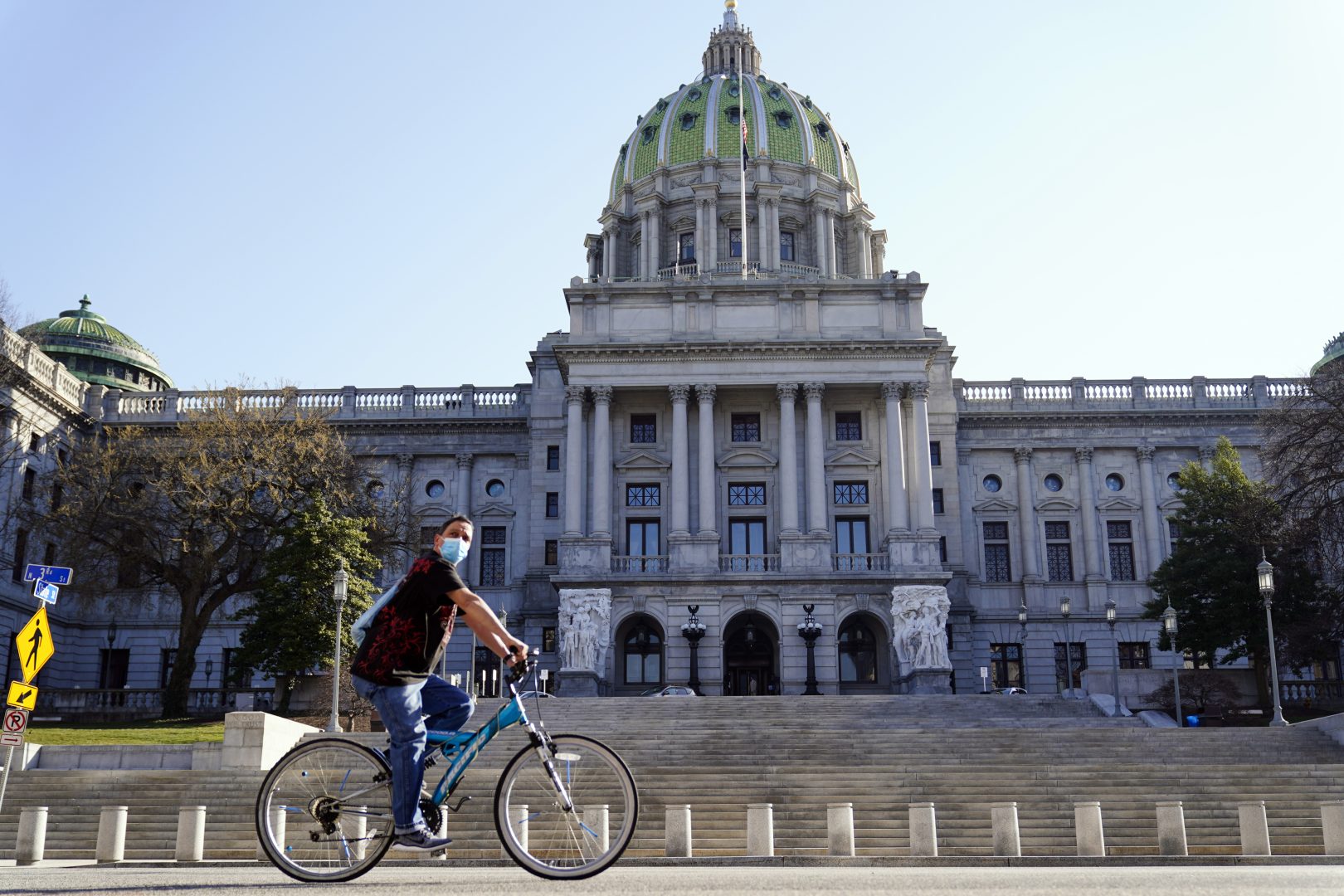 FILE - A cyclist rides past the Pennsylvania Capitol in Harrisburg, Pa., on March 22, 2021. Republican state lawmakers may soon decide which among the scores of potential amendments to the Pennsylvania Constitution will have any shot of making it to a voter referendum — a tactic that can get politically divisive policies around Democratic Gov. Tom Wolf's much-used veto pen. The comparatively large number of proposals pending in the General Assembly address topics that range from voting rights to abortion and real estate taxes. (AP Photo/Matt Rourke, File)

(Harrisburg) – Pennsylvania lawmakers are beginning to hammer out the details of the next state spending plan, due by the end of the month. Negotiations are mostly happening behind closed doors right now.

Republicans say they want several billion more dollars socked away in the state’s emergency spending account, while Democrats are slowly pushing the GOP to spend down some $2.2 billion in pandemic relief funds that must be used within the next two years.

In the meantime, the legislature has been busy moving bills addressing issues that have taken center stage throughout the latest two-year term.

The state Senate agreed to advance a bill aimed at preventing transgender women from playing female division sports in public schools. Sen. Lisa Boscola (Lehigh) was the lone Democrat that joined Republicans in the 30 to 20 vote on Tuesday. The House approved its own version earlier this year. 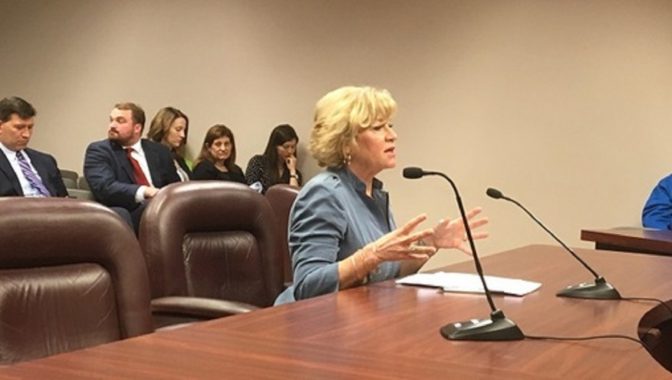 Lehigh County Democrat Lisa Boscola makes the case for her redistricting bill before her fellow Senators.

“The issue is not going to go away,” Boscola said during a floor debate. “I empathize with the individual in transition. It cannot be easy and it must be scary. I also feel for the female athlete that trains and competes and views the field as unfair when faced with competing with a transgender athlete.”

Under the bill, transgender women students would only be allowed to compete in male divisions or on co-educational teams. Any student would be able to sue a school or sports organization if they feel they’ve been deprived of athletic opportunity. The measure does not address transgender men.

“This has nothing to do with identification or hate. It’s plainly about fairness,” she said.

Brooks argued trans women might have strength or endurance advantages that cisgender women can’t keep up with. Science mostly backs that up, but studies collected by Germany’s public broadcaster add that it depends on the people competing against one another. 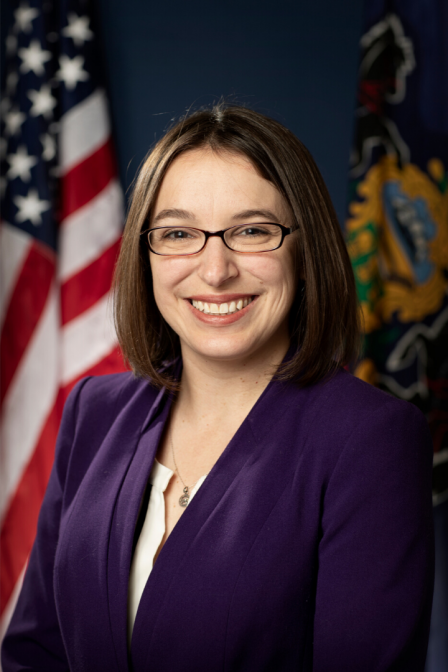 Sen. Lindsey Williams (D-Allegheny) said with that in mind, she reached a different conclusion about the bill’s intent.

“That they [Republican supporters] are protecting women that present themselves to the world in a way that aligns with their preconceived notion of what a woman should be,” she said.

The measure now goes to the full House for consideration. Gov. Tom Wolf is expected to veto it if it reaches his desk.

Earlier on Tuesday, the House State Government committee moved another measure forward along party lines to ban private groups from giving county election departments money for their operations. The Senate has already approved it.

Republicans backing the idea say, without evidence, that $25 million in grant money that roughly two dozen counties received during the 2020 election influenced the outcome. Both Republican and Democratic counties applied for and received that money.

The group behind the grants known as the Center for Tech and Civic Life, backed by Meta CEO Mark Zuckerberg, has said the extra cash helped election departments pay for supplies and workers they needed due to the pandemic. Reporting by APM Reports confirmed that. Though Congress gave around $400 million to election departments around the country two years ago, workers said that was just a tenth of what was needed. 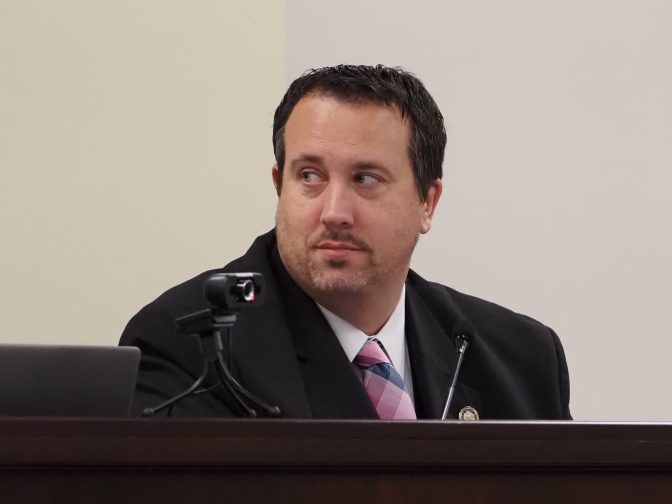 Rep. Seth Grove (R-York), who supports a ban on future grants, said one of his bills was amended to let the state pay counties back for their election work instead.

“We’re willing to put our money where our mouth is and fund county elections. Currently they get zero dollars outside of a recount or special elections,” Grove said.

Under Grove’s measure, which has not received a full House vote, counties would have to report their election results hours after polls close in order to get state money. Counting usually takes longer than that because state law only allows the process to begin on Election Night.

“If counties abide by the election law, they have clean audits, reimbursement occurs,” Grove explained. “We want to make sure that election laws are abided by and they get their counts in on time.”

The bill banning private grants, which now goes to the full House, would still allow outside groups to volunteer and offer polling locations. Wolf hasn’t directly said whether he supports or opposes the idea, but his office has said Wolf wants to talk with lawmakers about how to properly fund county election offices. 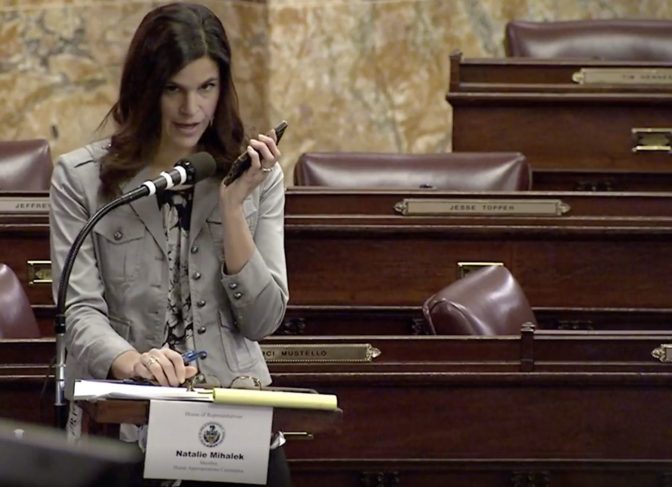 Pennsylvania state government has controlled booze sales through a network of state-owned stores since the 1930s, and Mihalek said that  needs to change.

“I think there is an inherent conflict of interest in selling something, advertising it, promoting it, and at the same time regulating it,” she said before the House Liquor Committee approved her bill without Democratic support.

By last June, Fine Wine & Good Spirits stores had raked in almost $3 billion for tax coffers in a single year, according to Pennsylvania’s Liquor Control Board.

Mihalek’s idea to eventually hand those stores over to private companies could come before voters as early as next year.  If a majority agree to allow private liquor sales, lawmakers would have to hammer out a slew of new regulations within 18 months. 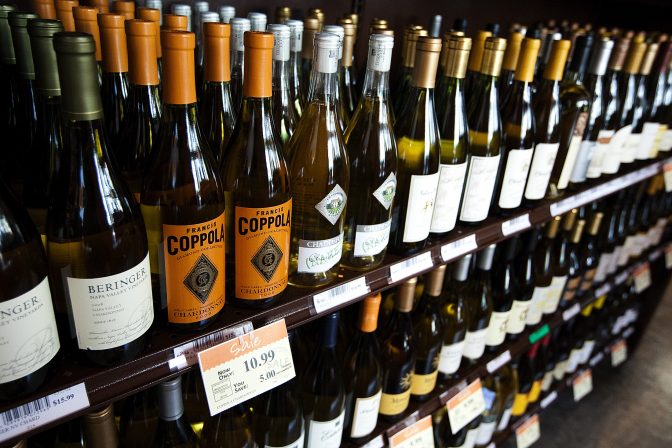 Democrats centered their criticism on the proposal’s lack of specifics, such as what would happen to employees at the state’s 600 liquor stores.

“There’s just so many questions that really should be answered,” Rep. Mary Isaacson (D-Philadelphia) said. “In all honesty, we’re not putting this before the voters to vote to have this done in 18 months. That’s just part of the legislation. Legislation can change.”

Mihalek says any impact on jobs would be thought through if voters approve the idea. The Republican added other specifics, like replacing any lost tax revenue from those stores, would also need to be worked out.

The idea is among the more than 70 changes to the state constitution that have been proposed since the start of last year.

Rep. Grove (R-York) is among the several dozen lawmakers who signed a letter asking Congress to object to Pennsylvania’s 2020 electoral college vote — despite no evidence that would call those results into question.