Still unknown is whether one of the commonwealth’s biggest conservative fundraisers, billionaire Wall Street trader Jeffrey Yass, will give Mastriano money. 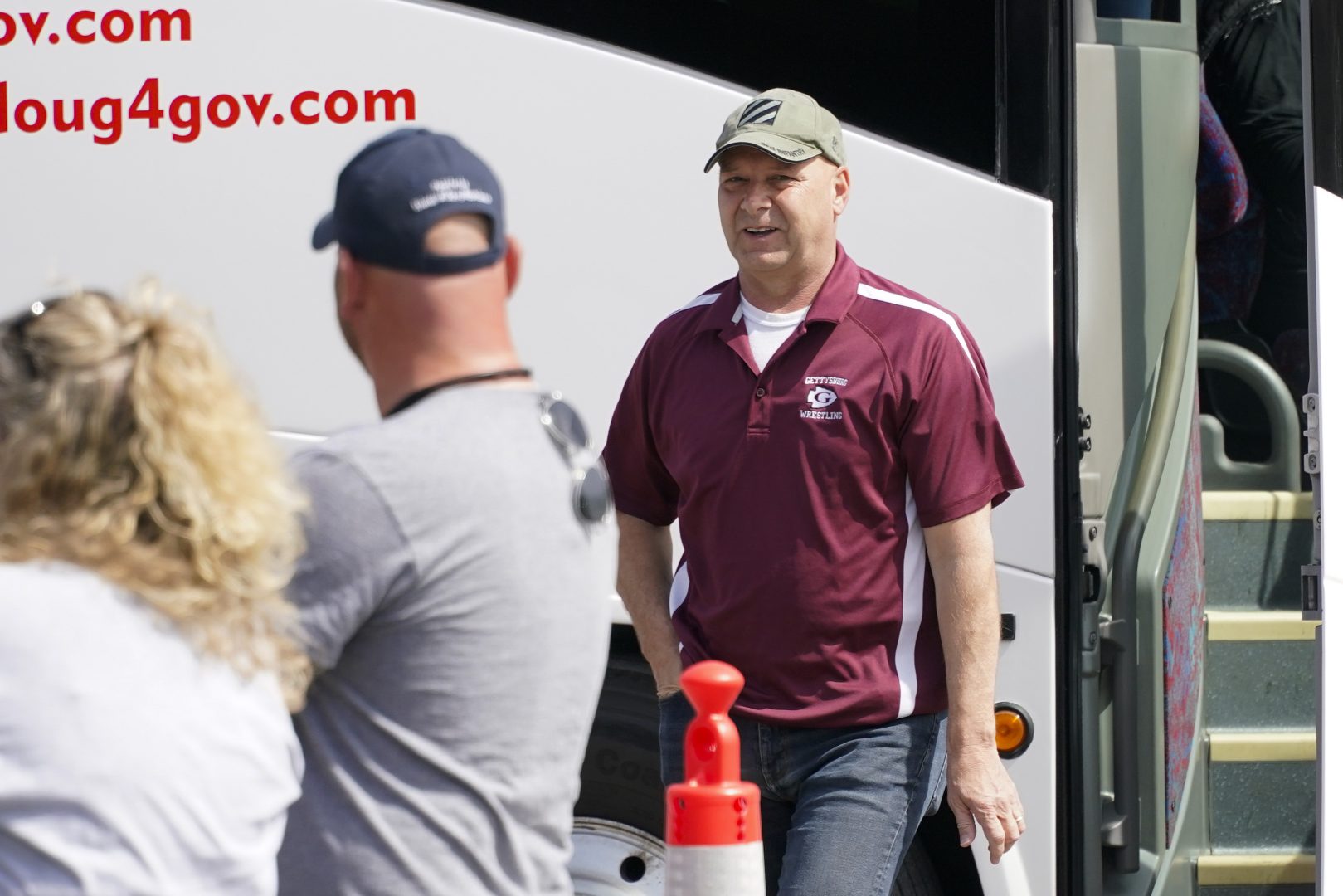 More than two weeks after State Sen. Doug Mastriano won the Republican primary for governor, the party is doing its best to coalesce around him.

In some cases, the support is begrudging.

Mastriano’s win was an upset for the party’s establishment, who believed his focus on disproven 2020 election fraud theories and vocal support for no-exception abortion bans would make him unelectable against Attorney General Josh Shapiro, the Democrats’ consensus nominee.

Insiders tried to coordinate a last-minute coalition to box Mastriano out in the crowded Republican primary, but it failed decisively. Mastriano won with about 44% of the GOP vote.

One Republican operative, who spoke on condition of anonymity, said the tone of the GOP push to elect Mastriano now feels to him like a pep rally before a football game everyone knows the team is doomed to lose.

The party, he said, is at the mercy of the GOP’s “crazy base.” The operative said he wouldn’t vote for either Mastriano or Shapiro.

Others are feeling more optimistic. Though Mastriano has been especially outspoken about his election fraud theories and Christian values, those beliefs aren’t far outside the party’s current mainstream. Most other GOP gubernatorial candidates also questioned 2020 election results and supported, for instance, near-total abortion bans. 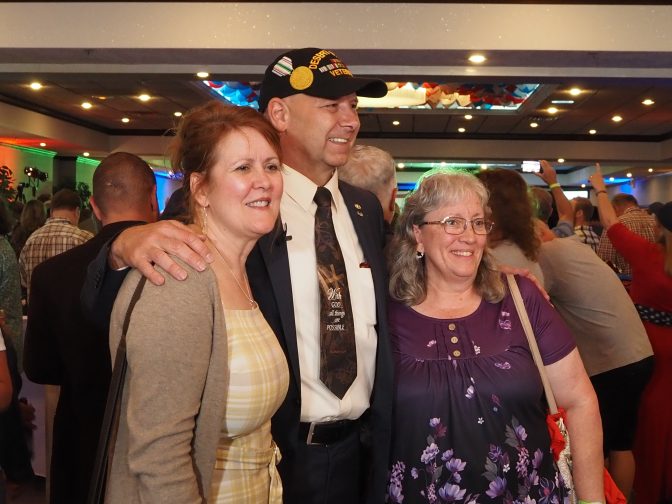 State Sen. Doug Mastriano at his campaign party in Chambersburg on Tuesday night. Mastriano beat out the crowded field to become the party’s nominee for governor.

Liz Havey, who chairs the Montgomery County GOP committee and serves as secretary of the state party, noted that even in her moderate home county, Mastriano won the primary easily, beating multiple candidates from the southeast.

“The party is looking to unite, from all things that I’m hearing,” she said.

Still unknown is whether one of the commonwealth’s biggest conservative fundraisers, billionaire Wall Street trader Jeffrey Yass, will give Mastriano money.

Yass, a prominent charter school advocate, funnels millions of dollars in donations through a range of political action committees. One of the primary stewards of his cash is Harrisburg-based conservative group the Commonwealth Partners Chamber of Entrepreneurs.

The group donated more than $10 million of Yass’s money to former U.S. Attorney Bill McSwain in the primary, then made an abrupt about-face when Mastriano appeared poised to win. Commonwealth Partners head Matt Brouillette urged McSwain to drop out in order to coalesce support around former Congressman Lou Barletta, who was doing better in polls.

“Months ago, Commonwealth Partners began cautioning of the dangers of nominating Doug Mastriano, as he would not be able to win the swing voters necessary to win in November,” Brouillette said in a statement shortly before the election.

Brouillette didn’t respond to requests for comment, but recently told the conservative website, The Dispatch, that he hasn’t yet decided about supporting Mastriano.

He reportedly said he thinks Mastriano has to drop his insistence that there was fraud in 2020, adding, “You can’t win the 2020 election. It’s over.”

Mastriano seems to have no intentions of moderating to suit party leaders. After winning the primary, he told conservative outlet Newsmax that he plans to wipe Pennsylvania’s voter rolls and require every voter in the state to re-register — a radical measure that legal scholars say clearly violates federal law.

According to his campaign finance reports, Mastriano got through the primary using a relatively modest network of grassroots fundraising and currently has less than a million dollars on hand. Shapiro, by contrast, coasted through an uncontested primary and has accumulated nearly $16 million. 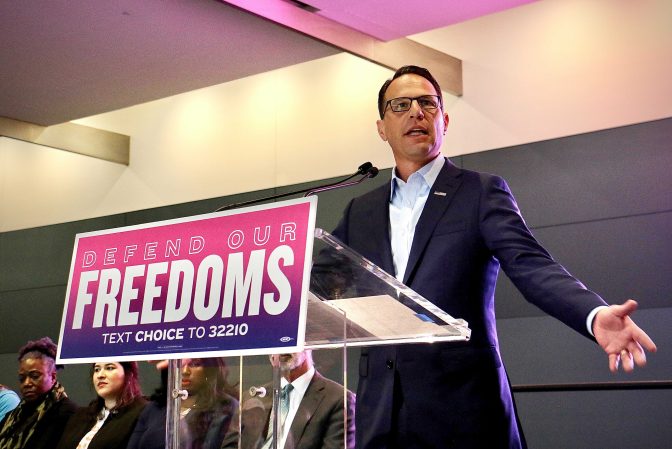 Democratic candidate for Pennsylvania governor Josh Shapiro speaks at an abortion rights rally in Philadelphia. He promised to veto any legislation limiting access to abortions.

It’s no secret that party insiders believed Mastriano was their best bet for capturing the governorship. In the final days of the primary, Shapiro’s campaign began running an ad that ostensibly attacked Mastriano for his closeness to Donald Trump, but seemed to actually serve  as a checklist for why Trump-aligned GOP voters should support him.

“We’re really happy to have him,” Philadelphia Democratic Committee Chair Bob Brady said of Mastriano Thursday, during a press conference in which Philadelphia Democrats touted their intra-party unity. “And I know the Republicans aren’t …They don’t know what to do with somebody like that, who is so far, so far, so far out there that he belongs someplace out of the United States.”

Whether or not big GOP funders get behind Mastriano, Brady said he and other Democrats feel confident.