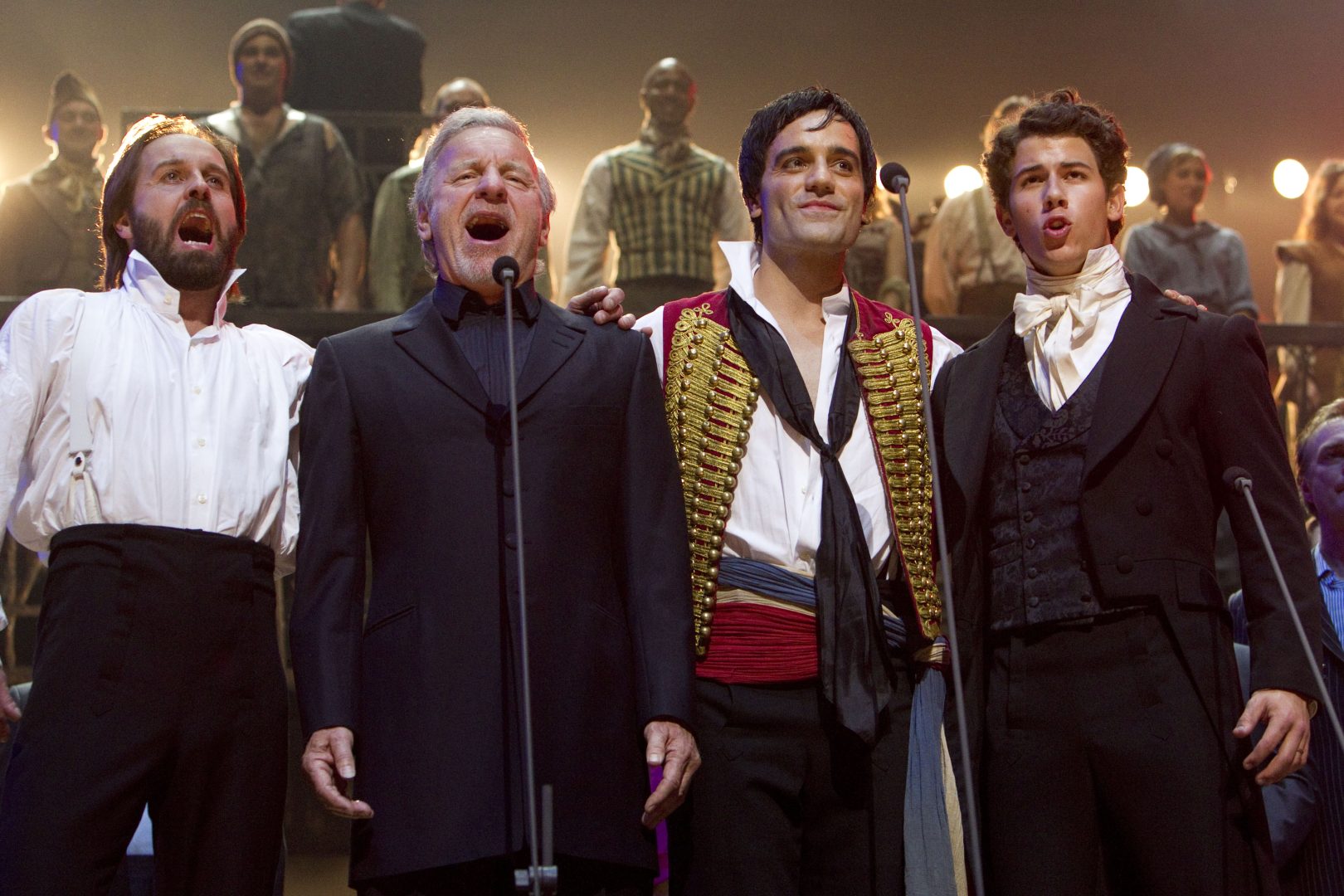 No one could have guessed in October 1985, when Les Misérables opened in London at the Barbican Theatre, that it would become a worldwide phenomenon. But audiences embraced it at once, creating a “people’s musical” that has played around the world and has been seen by millions.

In 2010, the musical turned 25, and producer Cameron Mackintosh marked the occasion by staging an extraordinary concert at the O2 Arena in London.

First broadcast in 2011, Les Misérables 25th Anniversary Concert at the O2 is getting an encore on WITF TV. Watch on WITF TV Friday, June 10 at 8:30pm or Sunday, June 12 at 11:30am, or livestream it from the free PBS Video app and online.

Les Misérables, based on Victor Hugo’s 1862 novel of the same name, is set in 19th century France and features the stories of people struggling for redemption and revolution. The score includes the songs I Dreamed a Dream, One My Own, Stars, Bring Him Home, Do You Hear the People Sing?, One Day More, Empty Chairs at Empty Tables, Master of the House and more.

Watch Les Misérables 25th Anniversary Concert at the O2 on WITF TV Friday, June 10 at 8:30pm or Sunday, June 12 at 11:30am. You can also stream WITF TV live through the PBS Video app and online!

The original London 1985 production was adapted and directed by Trevor Nunn and John Caird.

During the encore broadcast, viewers can become WITF Members and receive a gift for their donation. You can also become a member now at witf.org/givenow. To receive the special Les Misérables gifts, choose Les Misérables 25th Anniversary Concert at the O2 from the “Search by Program” dropdown menu.