In Uvalde, tragedy and food bring a community together 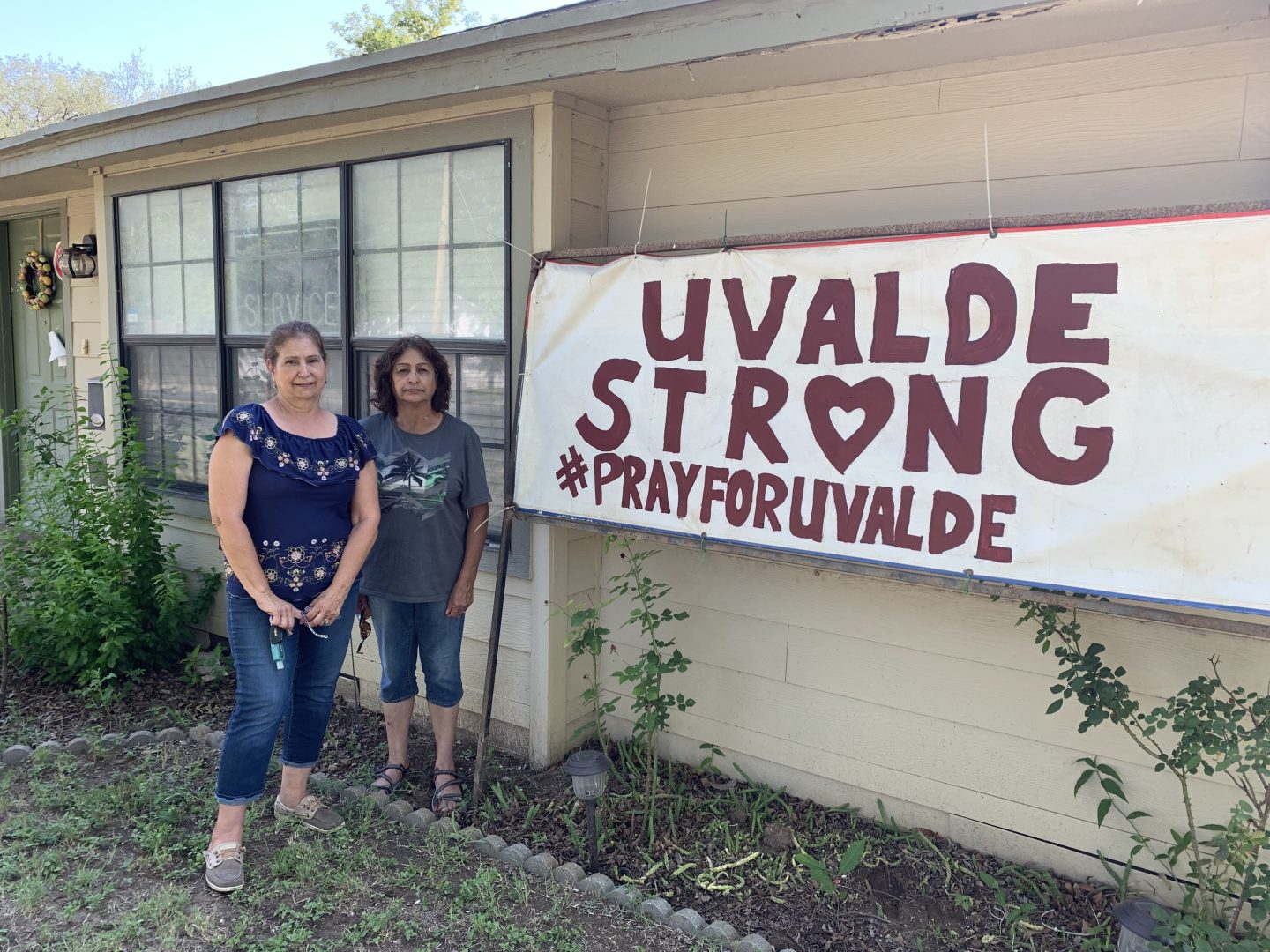 (Uvalde, Texas) — As residents in Uvalde grapple with the mass shooting at Robb Elementary School, many are trying to soothe their community with an age-old salve: Food.

All over town people are holding cookouts to make meals for the families of the victims. The gatherings have an improvised feel. Best friends Romie Perez and Elia Zamarripa — both in their mid-60s — learned of one such plan when they bumped into a friend at Walmart, who told them his family was going to grill burgers for distribution at a place commonly referred to as “the Mexican park.”

On the drive over, Zamarripa points out a towering oak growing smack dab in the middle of the road.

“When they were building new houses on each side of the road, they needed to make the road where the tree was,” she explains. “But that tree has been there years and years — even before probably their great-great-grandparents.”

And in Uvalde, she adds, you don’t cut down an oak.

This is a place where roots matter. Many hail from Mexican farmworker families that have been intertwined for so many generations, everyone seems to know everyone.

That very inter-connectedness has now made the mass shooting at Robb Elementary all the more painful. “It’s just something that we — we can’t believe,” says Perez. “Uvalde! Our little hometown.”

Romie Perez (left) and other volunteers gather at an impromptu cookout to make meals for the families of the victims.

When they reach the park, the two friends walk up to a young man in who’s piling wood into an enormous grill.

Zamarripa and Perez don’t actually know him on sight. But in that Uvalde way, it takes them about two seconds to figure out who he is — Jerry Martinez, the son-in-law of their friend who organized this meetup.

The talk immediately turns to one of the lives lost in this tragedy.

“You know, the shooter? I know his family well,” says Martinez. “He lived on the street with my mom when he was a baby.”

And because this is Uvalde, they mourn him too — as one of their own.

He was 18. But Martinez keeps referring to him as “that little boy.”

Perez clucks her tongue — switching between English and Spanish, the way many Latinos in Uvalde do, as she wonders at the demons that haunted him. “He must have been so angry to take it out on the children,” she says.

Romie Perez chats with Jesse Ortiz at the grill.

Zamarripa worries about the grandmother who the young man shot just before heading to the school. Zamarripa and Perez have been friends with her for years and know her as Sally.

Barely a week ago they swung by Sally’s house to pick up some plants she was selling.

“Now she’s in the hospital,” says Zamarripa, her voice choking up. “And we’re all praying.”

More people are showing up to help pack the burgers into paper bags — including Monique Rodriguez. She’s dressed in a white T-shirt with the words “Uvalde Strong” printed on it. Her 9-year-old daughter Adeline stands by her side, hair in a high ponytail, expression somber.

The girl was at Robb when the shooting started. Rodriguez says by the time she was finally reunited with her, Adeline was hysterical.

Days later, Rodriguez says her daughter “has her moments when she just cries.”

Rodriguez is trying to at least keep Adeline busy and focused on helping others.

“I do it for her because I know she’s the one who’s really going through something. And I will never know because I’m not in her head. And she went through that by herself.”

Now, she says, all they can do is come together.