While debate over gun restrictions amplifies, the overwhelming emotion in Uvalde is grief

"We're just trying to make sure our community is all together and well." 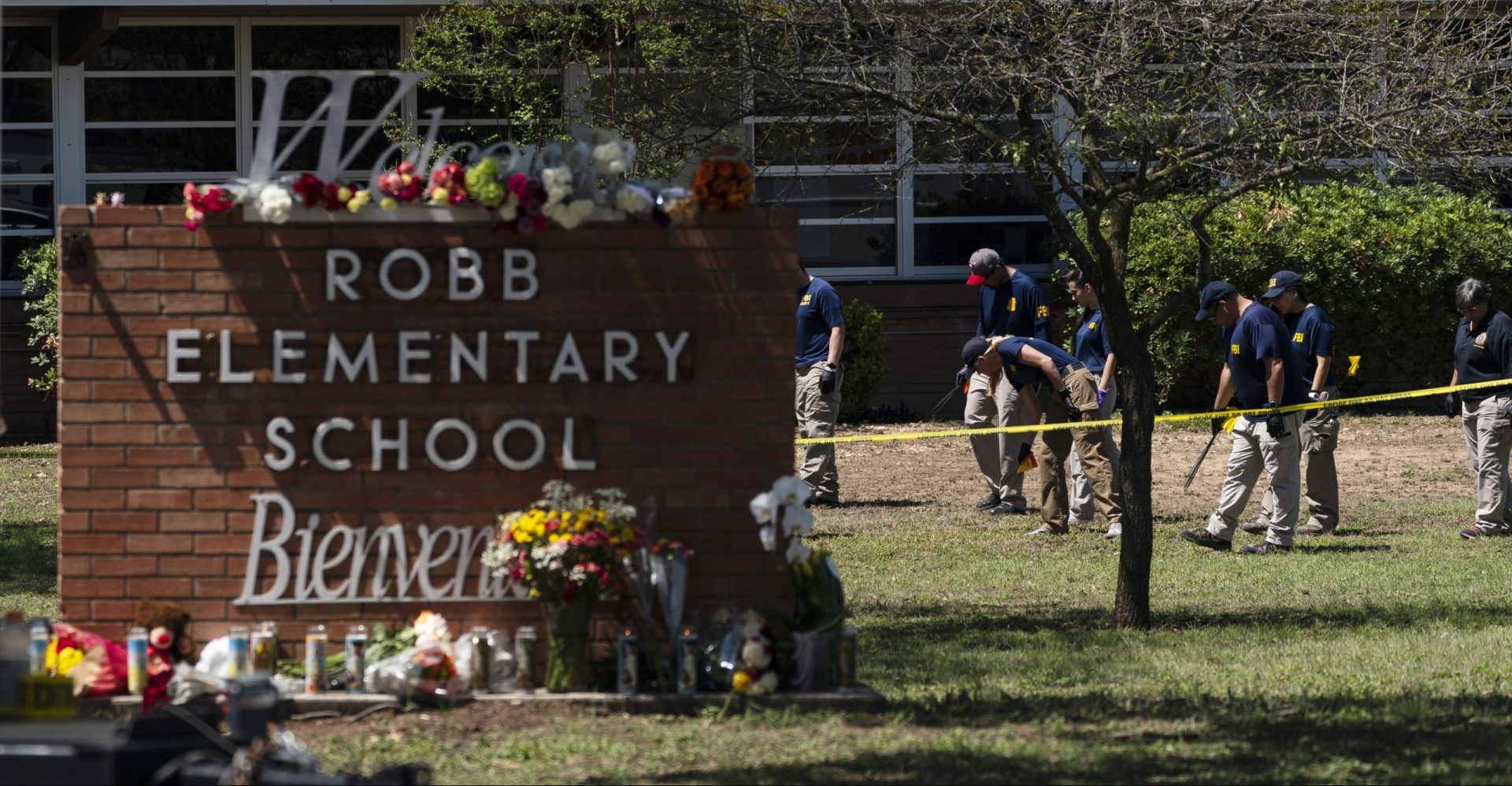 (Uvalde, Texas) — It seems like everybody in this small town of about 15,000 has a personal connection to those who perished in one of the deadliest school shootings in U.S. history – and the man accused of carrying it out.

Around the corner from the scene of the shooting at Robb Elementary School, Sarah Zapata, who works for the local court system, is playing with her granddaughters.

“It’s sad for all the families, because we all do know each other. Everybody knows everybody,” she told NPR as the kids run around the front yard of her home. “It’s unimaginable.”

While one side loudly calls for gun control and the other drowns it out with equal vigor on the national stage, the overwhelming emotion in this small, tight-knit community is grief.

The town sits about 80 miles outside San Antonio and about 70 miles away from the U.S.-Mexico border. It’s a place where Friday night football rules, and its claim to fame is being the hometown of actor Matthew McConaughey.

More than 80% of its population identify as Hispanic or Latino, according to data from the U.S. Census Bureau. 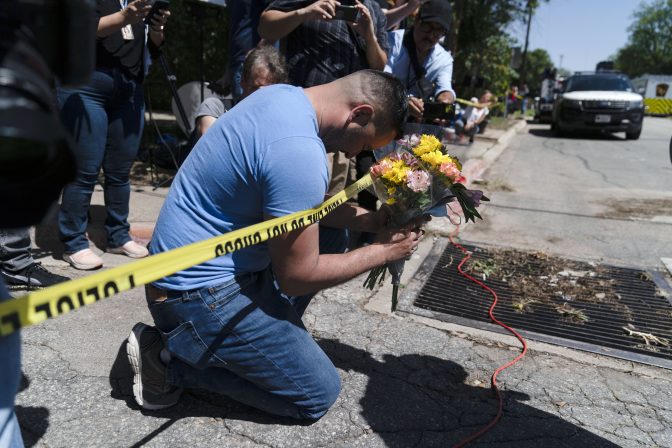 The slow process of managing the trauma begins

A day after a lone gunman killed 21 people, most of them children, the neighborhood around the school is quiet. On a nearby street, two horses amble on the blacktop as a man in a car slowly leads them.

ATF agents go door to door to talk to neighbors about what they may have seen the previous day. Law enforcement officers patrol the area, some wearing large cowboy hats.

Zapata’s children range in age from 17 to 24, and one of them knows the suspect from elementary school.

“He just said he was always a different kid, just one of those kids that you know is different. Not with the crowd, I guess,” she said.

Nearby, at Uvalde High School, Ariana Diaz and Jaime Cruz were expecting to graduate this week but now the ceremony is up in the air and they say it’s far from their minds.

“We’re just trying to make sure our community is all together and well,” Cruz said.

They said they’ve known the gunman their whole lives. Salvador Ramos reportedly dropped out of this high school.

“We weren’t friends with him but we knew of him,” Diaz told NPR. “It’s crazy, whenever he dropped out we didn’t know where he went. I know he was in a dark place, but I’m not sure what happened.”

She said the tragedy has touched almost everyone she knows.

“Many of our classmates and friends lost siblings, cousins, their mother,” Diaz said. “It hurts so bad to watch them. It hurts for our community and it hurts for those families especially, that they’re having to go through this type of pain.” 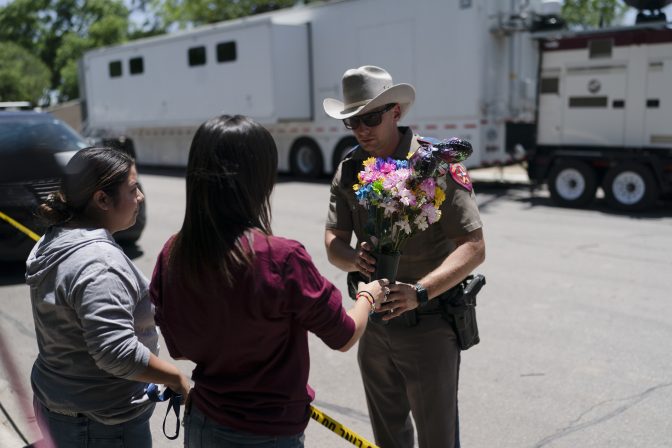 The high school students came down to see a news conference from Texas’ Republican Gov. Greg Abbott, and they want to see stricter gun laws imposed.

“We really need to start spreading awareness and getting better gun control in place,” Diaz added.

Counselors from other nearby communities are arriving to help, such as Iveth Pacheco, who works at a high school and drove about 85 miles from San Antonio to the small town surrounded by cow pastures and crop fields.

“We’re here to be a presence for every family that is grieving this tragic loss,” she tells NPR. “We listen. I don’t think there’s anything we could tell them other than listen, and be ready for any thought and emotion they are bringing.”