The proposed sculpture, as sited in another city. 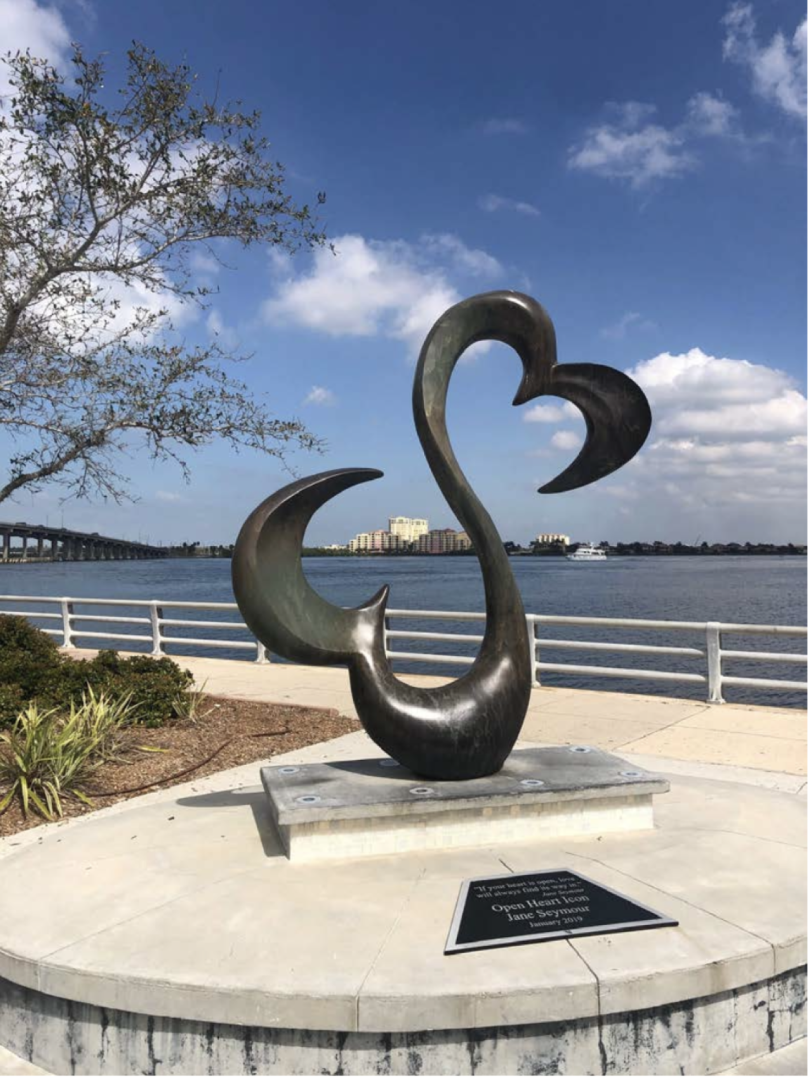 The proposed sculpture, as sited in another city.

The Pittsburgh Art Commission on Wednesday unanimously rejected a proposal to place a sculpture by actor Jane Seymour on the Mount Washington Overlook.

The proposal for Seymour’s “Open Hearts” sculpture was by the Mount Washington Community Development Corporation, whose executive director, Gordon Davidson, told commissioners an anonymous donor would pay to fabricate the work.

Davidson argued that the bronze sculpture – the 7-foot-tall outline of two stylized interlocking hearts — would increase visitation to the Overlook, already among the city’s most popular tourist sites.

But commissioners said the Overlook is an inappropriate location for any sculpture, and noted that the proposed piece replicates an “open hearts” design from the “Dr. Quinn, Medicine Woman” actor’s jewelry line.

“The art on that platform is actually the city skyline,” said commissioner Richard Quintanilla. “It’s a place to view the city, not necessarily host a piece of art.”

Commissioners also noted that the sculpture would interfere with informal gatherings and group photos, both frequent activities at the site.

A couple commissioners suggested the sculpture might be better placed on another location. But others said they would consider the work was inappropriate on any public property in Pittsburgh on esthetic grounds.

“As a city we need to do one-offs of things, and not something that’s mass-produced,” said commissioner Sarika Goulatia.

At the 2019 unveiling of a version of “Open Hearts” in Bradenton, Fla., Seymour said versions were also sited in public in Akron, Ohio, New Orleans, Calgary, and Minnesota.

The proposal to bring the sculpture to Pittsburgh arose suddenly this week, at Monday’s public meeting of the Mount Washington Community Development Center. Davidson told the art commission Seymour had offered the same sculpture in 2019, but that the proposal fell through for lack of funding.

With the appearance of the anonymous donor offering $125,000 to fabricate the work, the CDC brought the proposal to the public. Davidson told the commission Wednesday that while the CDC followed city guidelines for public input, the timeline for approval and installation was accelerated because Seymour “is scheduled to be in Pittsburgh in mid-July for the [HM3] Celebrity Care Fest and for a proposed sculpture unveiling.”

But as the Pittsburgh Post-Gazette reported, many in the community have voiced opposition to the work. At Wednesday’s art commission meeting, which was held virtually, five members of the public spoke against the sculpture, and none for it.

In an unusual move, after all five commissioners in attendance criticized the sculpture or its siting, Davidson withdrew the proposal. However, the commissioners voted anyhow, to formalize their objections.

Companies blanket Pa. with ads about how to get a medical marijuana card, but doctors are silenced