How a mail ballot ruling in Pa. could affect 2022 primary election results 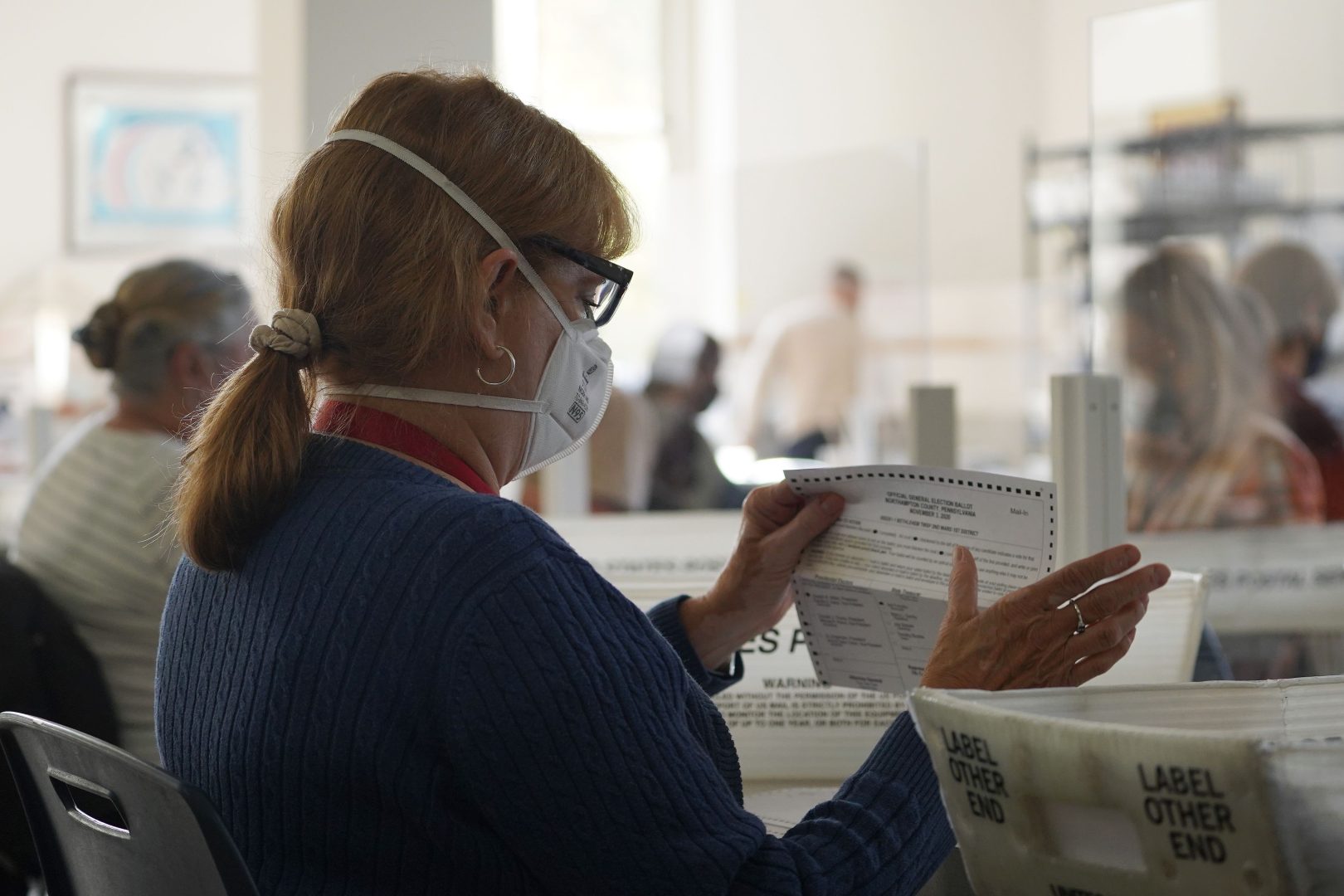 (Harrisburg) — A federal appeals court ruled Friday that election officials in one Pennsylvania county must count legally cast mail ballots signed by a voter even if they lack a date on the outer envelope.

Though the ruling specifically targeted a 2021 local judicial election, it could have far-reaching implications in a few of this year’s primary races — including the closely watched Republican U.S. Senate contest.

Here’s an explainer of the ruling and what comes next:

Who brought the lawsuit, and why?

County election officials did not count the ballots — which arrived by 8 p.m. on Election Day, as required by state law — because voters had not dated their signatures on the outer envelopes.

Act 77 — the 2019 law that instituted no-excuse mail voting in Pennsylvania — states that voters must “fill out, date and sign the declaration printed” on the outer envelope. (All mail ballots have both an inner “secrecy” envelope as well as an outer mailing envelope.)] 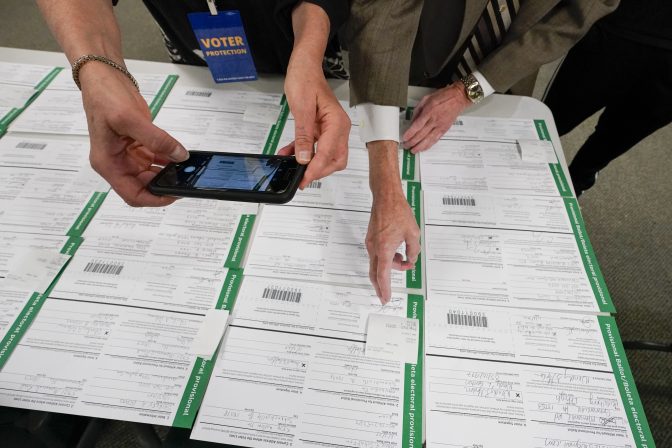 FILE – A canvas observer photographs Lehigh County provisional ballots as vote counting in the general election continues, Nov. 6, 2020, in Allentown, Pa. A review by The Associated Press in the six battleground states disputed by former President Trump has found fewer than 475 cases of potential voter fraud, a minuscule number that would have made no difference in the 2020 presidential election. Democrat Joe Biden won Arizona, Georgia, Michigan, Nevada, Pennsylvania and Wisconsin and their 79 Electoral College votes by a combined 311,257 votes out of 25.5 million ballots cast for president. (AP Photo/Mary Altaffer, file)

The question of whether a missing signature or date should disenfranchise a voter was first raised in 2020, when a Republican state Senate candidate challenged Allegheny County’s decision to count more than 2,000 such ballots.

The Pennsylvania Supreme Court ruled that “technical violations” of state law — like a missing date — did not “warrant the wholesale disenfranchisement of thousands of Pennsylvania voters.”

But the 4-3 majority included one justice who agreed to the decision only if it applied solely to the 2020 election, the first general election featuring no-excuse mail voting.

After the election in November 2021, Lehigh County did not count undated mail ballots, leading a Democratic Court of Common Pleas candidate to challenge that decision. Commonwealth Court ruled against the candidate — finding the ballots should not be counted — and the state Supreme Court declined to hear the appeal.

The ACLU then took up the case and filed a lawsuit in federal court, which led to the recent ruling.

What does the ruling say?

In a May 20 order, a three-member panel from the United States Court of Appeals for the Third Circuit found that the “dating provisions” in state law regarding mail ballots are “immaterial” under federal voting rights law.

“Accordingly, there is no basis on this record to refuse to count undated ballots that have been set aside in the November 2, 2021, election for Judge of the Common Pleas of Lehigh County,” the judges wrote. “This matter is hereby remanded to the District Court and that court is hereby directed to forthwith enter an order that the undated ballots be counted.”

What is the immediate impact?

In Lehigh County, the 2021 election case is now back in front of a local judge, who can either order county election workers to open and count the 257 ballots now or wait for the federal judges’ full opinion.

The Republican candidate in the race, meanwhile, has indicated he will appeal the case up to the U.S. Supreme Court.

Ultimately, the ruling may have broad impacts.

The order was released just days after the May 17 primary, which featured at least two tightly contested races that could be decided by a handful of votes.

Thousands of voters turned in undated mail ballots during the primary, Acting Secretary of State Leigh Chapman said during a news conference Wednesday. Based on information from 65 of the state’s 67 counties, Chapman said Republicans submitted 860 undated ballots and Democrats submitted 4,190. 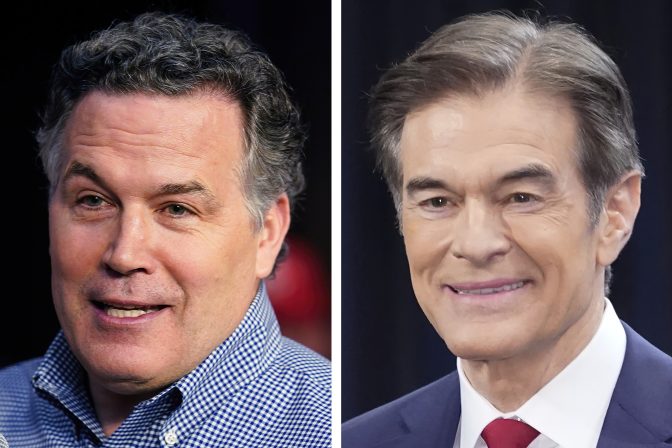 And in the Lehigh Valley, state Senate Appropriations Chair Pat Browne (R., Lehigh), one of the most powerful Republicans in Harrisburg, was trailing a conservative primary challenger by 17 votes as of Tuesday.

Does the ruling apply to ballots cast during the May 2022 primary?

The Pennsylvania Department of State issued guidance to all 67 county boards of election Tuesday telling them to segregate and, after confirming voters’ identification, count the ballots separately.

“A determination on whether the segregated tabulations will be used in certifying elections has not yet been made, given the ongoing litigation,” the guidance reads.

Amid the tight GOP Senate primary, the Pennsylvania Department of State, which oversees elections, has issued guidance to counties to count absentee and mail-in ballots with undated signatures, but in separate counts amid legal action from David McCormick’s campaign. pic.twitter.com/z8QjSPhWRm

In the midst of this legal maelstrom, some county election officials will be playing it safe, said Lycoming County election director Forrest Lehman. He has yet to open the three returned, undated mail ballots.

“The thing that will give any county pause is the situation continues to evolve very rapidly,” he said.