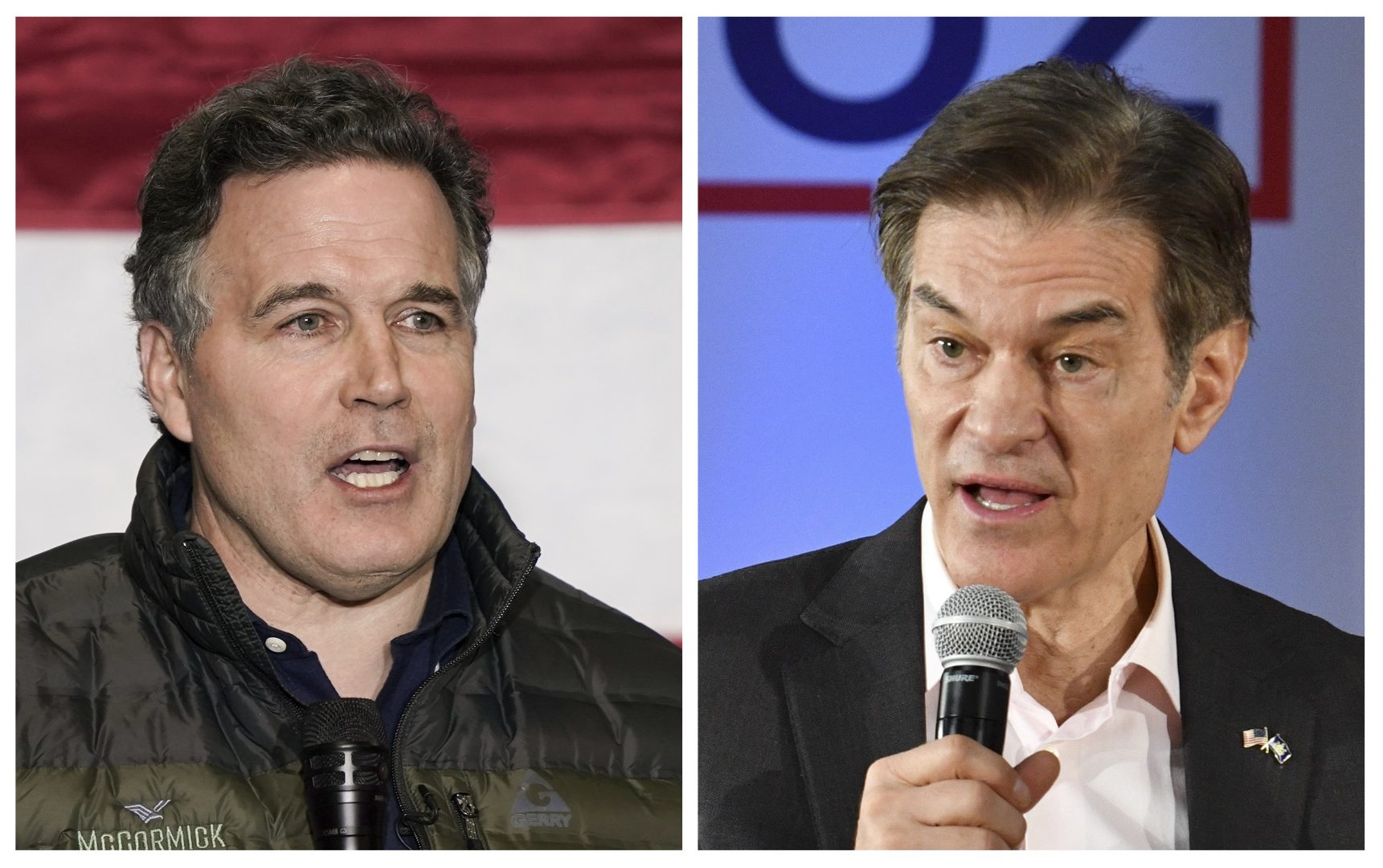 Both campaigns have hired Washington-based lawyers to lead their recount efforts, and both have hired Philadelphia-based campaign strategists who helped lead the operation to observe vote-counting on Election Day for Donald Trump’s presidential campaign in 2020.

The two campaigns already had dozens of lawyers and volunteers fanned out around the presidential battleground state as election workers and election boards toiled through the remaining ballots.

A recount would mean that the outcome of the race might not be known until June 8, the deadline for counties to report their results to the state.

With thousands of ballots left to tally, Oz, who was endorsed by Trump, led McCormick by 1,092 votes, or 0.08 percentage points, out of 1,338,399 ballots counted as of midday Friday. The race remained close enough to trigger Pennsylvania’s automatic recount law, with the separation between the candidates inside the law’s 0.5% margin.

The hard-fought primary for the Republican nomination to fill retiring GOP Sen. Pat Toomey’s seat is expected to be among the top races in the country in the November general election. The winner of the primary will face Lt. Gov. John Fetterman, who won the Democratic nomination just days after suffering a stroke. He has said doctors expect him to make a full recovery, and remained in the hospital Friday.

Pennsylvania’s Department of State, which oversees elections, said there were almost 28,000 mail-in and absentee ballots — 8,300 in the Republican primary — left to be counted, based on information it had from counties as of midday Friday.

Even before a recount starts, there could be a flurry of lawsuits contesting the decisions of certain counties on whether to count ballots that may be difficult to read or bear some kind of irregularity.

As of yet, neither campaign has gone to court, and both candidates have expressed confidence that they will win.

A recount could change the initial result: A recount of a statewide judicial contest last November ended up padding a winner’s margin by more than 5,500 votes in a race where 5.1 million ballots were cast.

Statewide, McCormick was doing better than Oz among mail ballots, while Oz was doing better among votes cast on election day. Counties also must still count provisional, overseas and military absentee ballots before they certify their results to the state by next Tuesday’s 5 p.m. deadline.

Republican turnout exceeded 38%, the highest midterm primary showing in at least two decades, boosted by more than $70 million in advertising and other spending in the Senate GOP campaign.

Oz was helped by the endorsement from Trump, while a super PAC backing McCormick weighed in heavily, spending about $20 million, much of it to attack Oz.

Both men spent millions of their own dollars on the campaign, as well, and battled accusations of being carpetbaggers — Oz moved from a mansion in northern New Jersey overlooking Manhattan to run, while McCormick moved from Connecticut’s ritzy Gold Coast.