The race was close enough to trigger Pennsylvania’s automatic recount law, with the separation between the candidates inside the law's 0.5% margin. 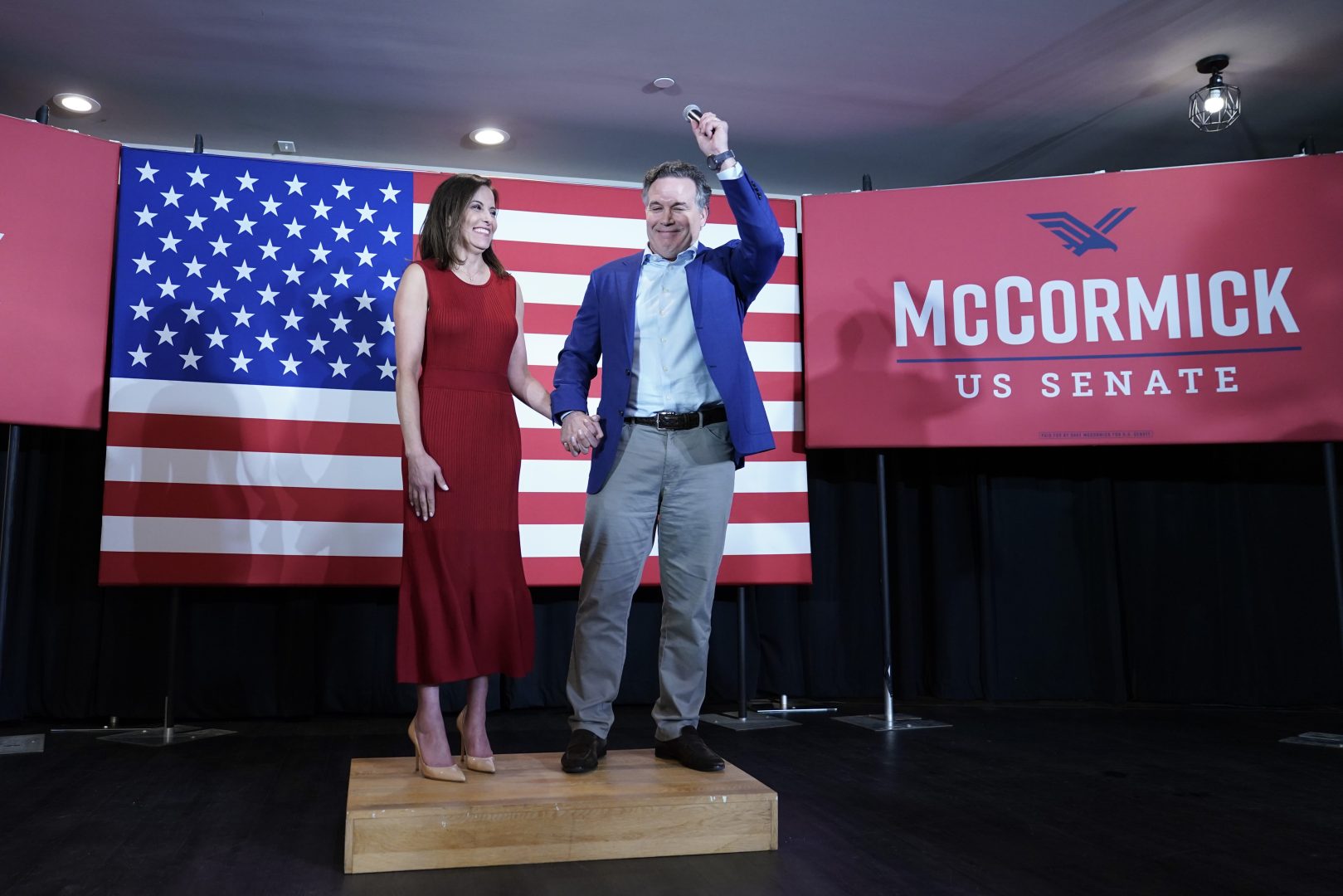 The GOP nomination battle was still too early to call.

Oz led McCormick by 1,723 votes Wednesday, out of more than 1.3 million votes counted. There were tens of thousands of votes left to be counted, including at least 22,000 mail ballots and an unknown number of votes cast on election day.

Statewide, McCormick was doing better than Oz among mail ballots, while Oz was doing better among votes cast on election day. Counties also must still count provisional, overseas and military absentee ballots before they certify their results to the state by next Tuesday’s deadline.

The race was close enough to trigger Pennsylvania’s automatic recount law, with the separation between the candidates inside the law’s 0.5% margin. 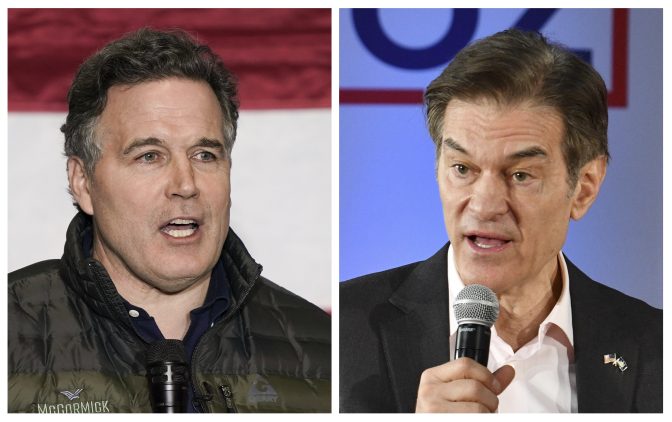 In this 2022 photo combination shown are Republican Pennsylvania U.S. Senate candidates, Dave McCormick, left and Mehmet Oz. A super PAC aligned with a McCormick, aired a TV ad suggesting that Oz is not conservative enough and included a clip from a 2010 “Dr. Oz Show” episode during which Oz interviews a transgender child and a transgender teen.

Oz and McCormick emerged at their election night watch parties after midnight to say they would have to wait for vote-counting to resume, with each saying he was confident of victory. Former President Donald Trump encouraged Oz to preemptively declare victory. but Oz has made no indication of doing so.

Both candidates appeared on Fox News late Wednesday expressing confidence that they would win.

“I’m excited about where we are,” McCormick told host Laura Ingraham.

Oz told Sean Hannity that “the election is ours, we have done well.”

The state’s lieutenant governor, John Fetterman, won the Democratic nomination hours after undergoing surgery to implant a pacemaker with a defibrillator to help him recover from a stroke he suffered on Friday.

Democrats view the race to replace retiring two-term Republican Sen. Pat Toomey as perhaps their best opportunity to pick up a seat in the closely divided 100-seat Senate.

Republican turnout exceeded 37%, the highest midterm primary turnout in at least two decades, boosted by more than $70 million in advertising and other spending.

Oz has been helped by an endorsement from Trump, while a super PAC backing McCormick weighed in heavily in the race, spending about $20 million, much of it to attack Oz.

Both men spent millions of their own dollars on the campaign, as well, and battled accusations of being carpetbaggers — Oz moved from a mansion in New Jersey overlooking Manhattan to run, and McCormick moved from Connecticut’s ritzy Gold Coast. 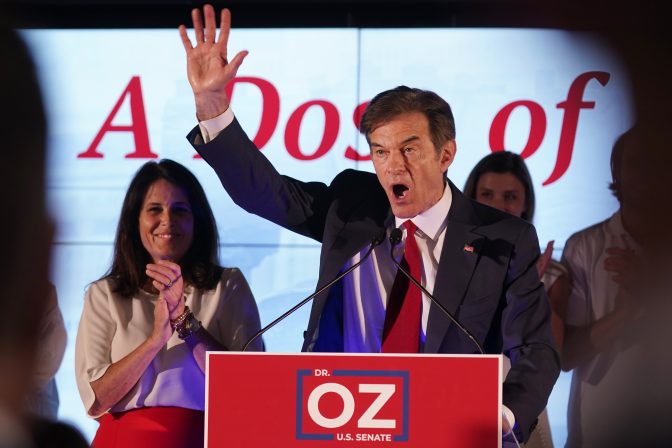 Oz, best known as the host of daytime TV’s “The Dr. Oz Show,” has battled misgivings among conservative groups about his positions on guns, abortion and other core conservative issues. He countered that Trump’s endorsement guaranteed that he was a conservative.

McCormick is a U.S. Army combat veteran who has strong connections to the party establishment going back to his service in President George W. Bush’s administration.

However, McCormick spent much of the campaign fending off accusations from rivals that he would be soft on China after leaving a hedge fund, Bridgewater Associates, which does considerable business inside China with the blessing of the government there.

Trump attacked McCormick repeatedly in the final two weeks of the race, calling him a liberal, a sellout to China and part of a corrosive Washington establishment that is not “America First,” Trump’s label for his governing philosophy.

Nevertheless, McCormick insisted he was the most “America First” candidate in the race and closed it by airing a TV ad showing a video clip of Trump in a private 2020 ceremony congratulating McCormick, saying “you’ve served our country well in so many different ways.”

Oz and McCormick both avoided repeating Trump’s false claims that Democrats stole the 2020 presidential election from him in the battleground state. They defaulted to repeating Republican complaints about decisions by state judges and election officials in how to administer the election.