FILE - In this Monday, May 13, 2019 file photo, U.S. President Donald Trump welcomes Hungary Prime Minister Viktor Orban to the White House in Washington. The European Parliament elections have never been so hotly anticipated or contested, with many predicting that this year’s ballot will mark a coming-of-age moment for the euroskeptic far-right movement. The elections start Thursday May 23, 2019 and run through Sunday May 26 and are taking place in all of the European Union’s 28 nations. 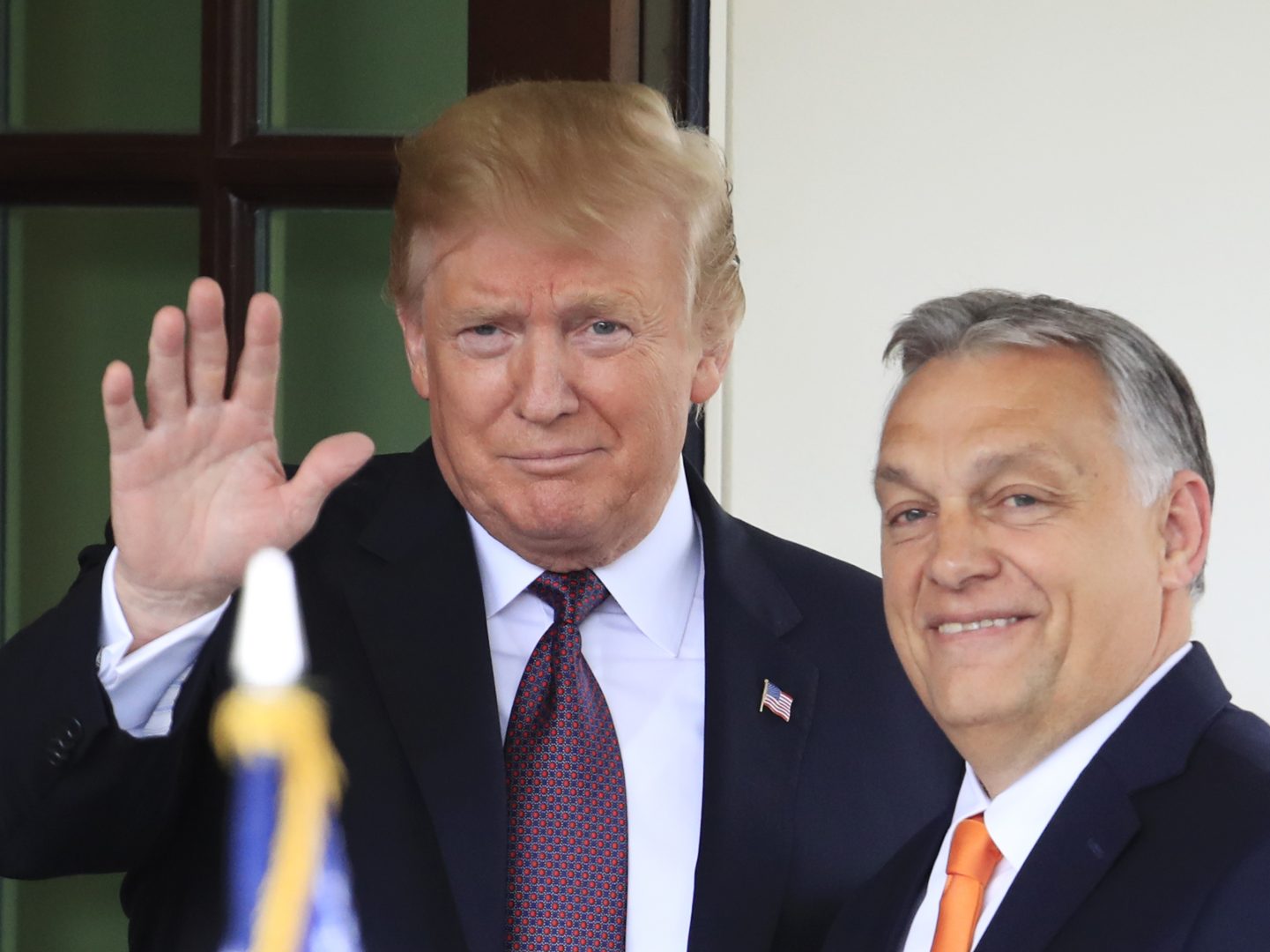 FILE - In this Monday, May 13, 2019 file photo, U.S. President Donald Trump welcomes Hungary Prime Minister Viktor Orban to the White House in Washington. The European Parliament elections have never been so hotly anticipated or contested, with many predicting that this year’s ballot will mark a coming-of-age moment for the euroskeptic far-right movement. The elections start Thursday May 23, 2019 and run through Sunday May 26 and are taking place in all of the European Union’s 28 nations.

It might seem strange that a nationalist conservative group identified with Donald Trump and America First is holding its annual meeting this week in Hungary.

CPAC, the Conservative Political Action Conference, is one of the biggest gatherings of conservatives in the world, and Budapest makes sense when you consider that this year’s keynote speaker — Hungarian Prime Minister Viktor Orban — is a hero to some.

“Right now, the political leader of the conservative resistance in the West is the prime minister of a small central European [country] that most Americans never even think about,” Rod Dreher of The American Conservative said at a conservatism conference last year.

Orban has been criticized as a white ethno-nationalist authoritarian. He’s restricted Muslim immigration and LGBTQ rights while building a close relationship with Russian President Vladimir Putin. Many American conservatives, however, see Orban’s Hungary as a kind of anti-woke paradise.

Fox News host Tucker Carlson, one of the most prominent proponents of the idea that minorities are replacing white Western civilization, broadcast his show from Budapest last summer.

“If you care about Western civilization and democracy and families and the ferocious assaults on all three of those things by the leaders of our global institutions, you should know what is happening here right now,” Carlson said, while in Hungary. 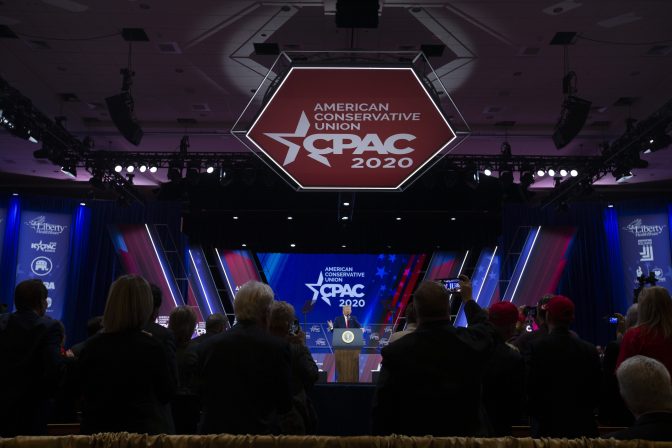 Matt Schlapp, the chairman of CPAC, says there’s a lot about Orban and Hungary for American conservatives to admire.

“He has embraced their Christian heritage, and if Christian societies want to have their values reflected in government, that’s a good thing,” Schlapp said.

Orban is one of Donald Trump’s favorite foreign leaders

In 2019, Trump invited Orban to the Oval Office, a gesture the previous two U.S. presidents had avoided.

“Viktor Orban has done a tremendous job in so many different ways — highly respected, respected all over Europe — probably, like me, a little bit controversial, but that’s OK,” Trump said at the time.

Princeton sociologist Kim Scheppele, an expert on Hungarian politics, says Trump’s relationship with Orban is different than the typical good relations an American president might have with a foreign leader.

“All of the international democracy rating agencies agree that Hungary is no longer a democracy. And the U.S. hasn’t had a president be best buddies with a dictator before,” Scheppele says.

Right now, both American conservatism and Hungarian politics are driven by cultural issues — like immigration, gender identity and abortion. And Scheppele says in Hungary, the culture wars are on the surface while the push for autocracy is just below.

“All the culture war campaigns have been used to disguise the fact that, by law, Orban has been limiting the democratic space. And he’s done that particularly by rigging the election laws and then capturing all of the independent agencies that could tell him no,” she said.

Orban has packed the courts – and the press in Hungary is also controlled by Orban loyalists. That’s something Schlapp dismisses by attacking the U.S. mainstream media.

“There has been some criticisms of the freedom of the press in Hungary, as there are in many of the countries where we visit. But I think we are struggling with these problems right here in America,” Schlapp says. “and we really don’t have the right to look down our nose at what other people are doing with the press.” 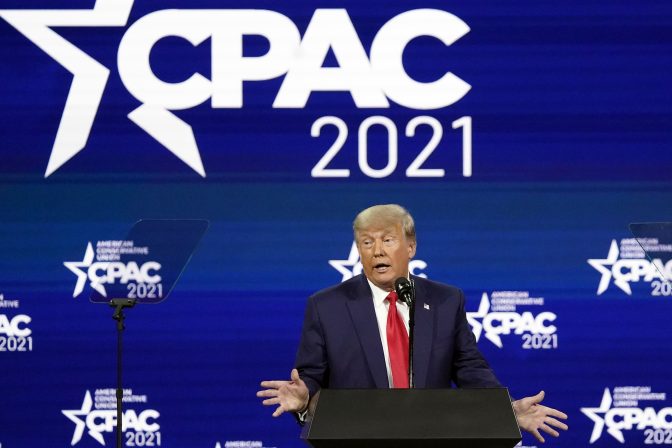 So what does this tell us about American politics?

Scheppele says Hungary has become the leading model for MAGA.

“What it tells us about the American Republican Party is that it realizes it’s not alone, that there are international models, that they can learn from these,” she says.

And right now, says Scheppele, Orban is showing the way.

“What Orban has really perfected is how to keep reelecting leaders whose aspirations are absolutely not to maintain a democracy, but rather the opposite: to lock in power forever to a small group of people. When you raise that question now in the United States, people don’t automatically say that’s a bad idea.”

What Orban is doing is not only not a bad idea to conservative thought leaders like Dreher, it’s an existential necessity.

“We are living, right now, through an ongoing societal catastrophe with gender confusion and transgenderism. Viktor Orban wants to save his nation from this ideological toxin and does not hesitate to use the power of the state to do so, even if it might violate the spirit of liberalism,” Dreher said.

Liberalism in this sense means democracy with checks and balances, an independent judiciary and a tolerance for diversity of backgrounds and opinions. When CPAC comes to Hungary, Dreher and others say it will be able to see what a nationalist conservative government can accomplish. So whether it’s coming from Donald Trump, Tucker Carlson or CPAC, the message from the top is clear: conservative activists have a lot to learn from a self-described illiberal leader like Viktor Orban.