Ed Jolie, Joe Watkins and Carol Ellick build an experimental sled to see what sort of device might have made the linear drag marks at white sands.

Footprints found in White Sands, New Mexico could be the earliest evidence of humans ever found in North America 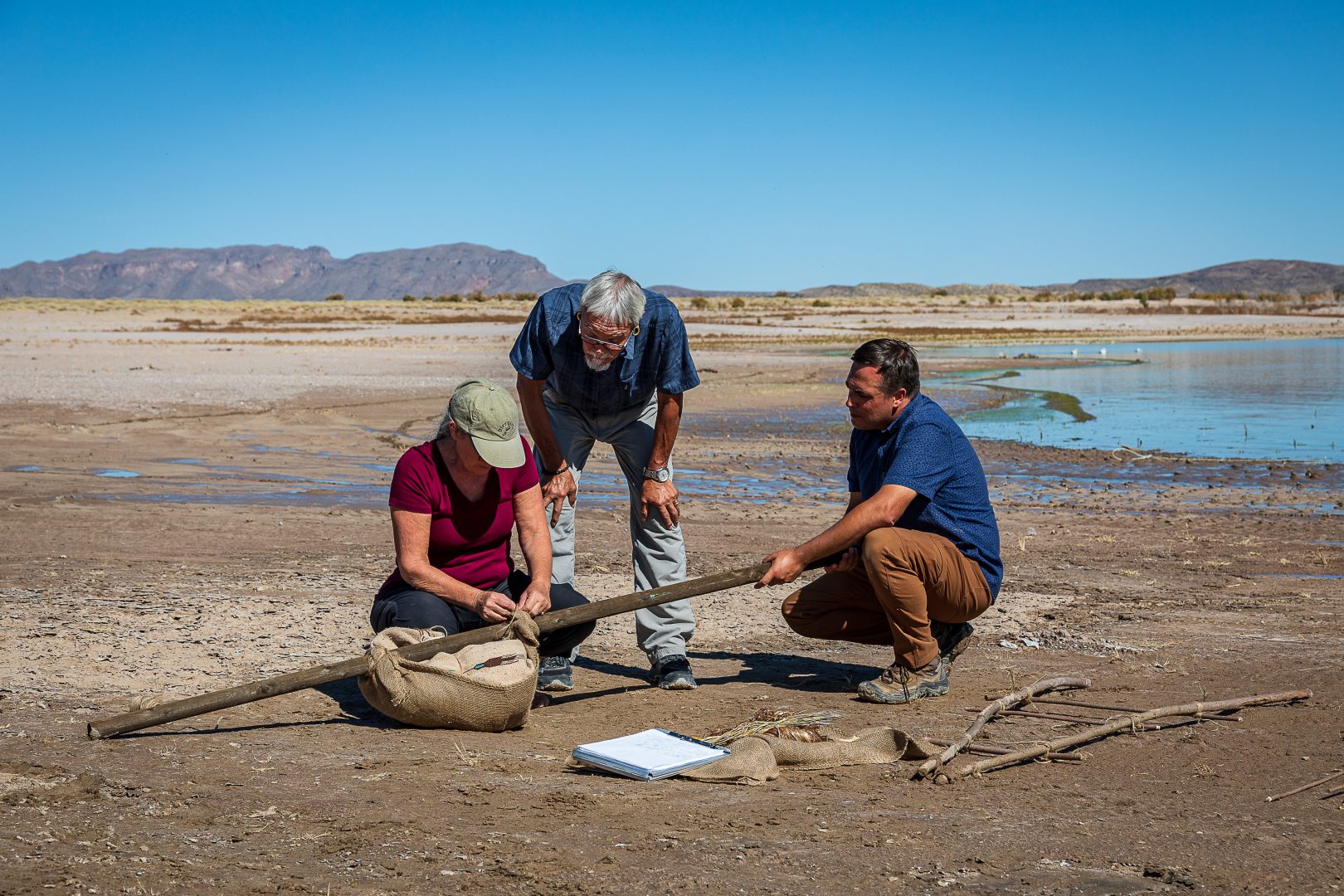 Ed Jolie, Joe Watkins and Carol Ellick build an experimental sled to see what sort of device might have made the linear drag marks at white sands.

The award-winning PBS Science series, NOVA, will premiere the one-hour documentary, Ice Age Footprints, Wednesday, May 25 at 9pm on WITF TV. The film will also be available to stream through the PBS Video app and online after its broadcast premiere.

Footprints found in White Sands National Park, New Mexico include tracks from 13-foot-tall mammoths, huge ground sloths, packs of dire wolves and camels. Alongside them is something even rarer – footprints of humans that have been buried for thousands of years.

NOVA | Read: Wolves boop their snoots to touch screens to feed their friends. Dogs? Not so much.

Watch Ice Age Footprints on WITF TV Wednesday, May 25 at 9pm or stream it on demand through the PBS Video app or at video.witf.org.

If scientists’ dating of the footprints is confirmed, the results would show that humans were living in North America much earlier than archaeologists previously thought.

The footprints are gradually being exposed by wind erosion, and the film uses immersive 3-D graphics to bring viewers face-to-face with some of the magnificent creatures that roamed North America during the last Ice Age – animals that went extinct more than 10,000 years ago – while revealing an untold story of human history on the continent. 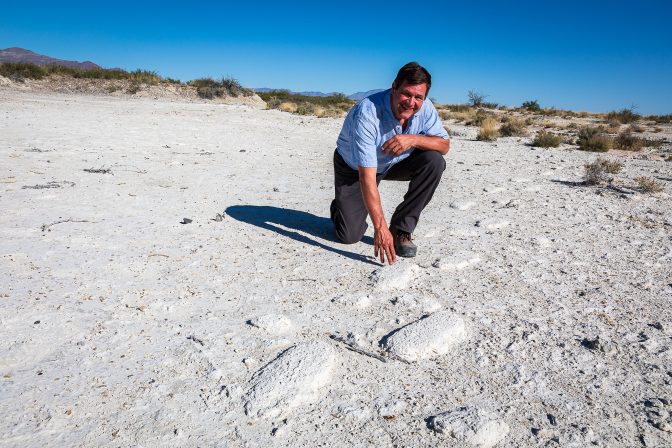 Kirk Johnson with a sloth track.

Hosted by Kirk Johnson, Sant Director of the Smithsonian National Museum of Natural History, the film captures the work of a team of archaeologists and other scientists led by White Sands National Park Resource Program Manager David Busto as they try to unlock the secrets hidden in these extraordinary footprints before they erode to dust.

Among the questions they’re trying to answer are: Who made the footprints? How old are they? What can they tell us about the long history of humans in North America?

Ice Age Footprints gives an exclusive, behind-the-scenes look at the astonishing stories hidden in these tracks, as footprints can reveal intimate details that no bones ever could. One set of footprints tells the story of an individual making a journey and then coming back the same day. Forensic analysis of the prints shows that the person was in a hurry and – as revealed by a set of much smaller tracks at one point along the path – they were carrying a child.

Later, their track is crossed by the prints of a huge ground sloth, which appears to rear up on its hind legs, possibly to sniff the air as it sensed humans, a scene that reveals just how close Ice Age animals and humans came to one another.

But when were the footprints made? For several decades, most of the archaeology community held that humans first arrived in North America about 13,000 years ago. More recent evidence pushed that date to around 2,000 years earlier. Many scientists argued that they could not have arrived sooner because much of the continent was covered with massive ice sheets.

Now, the White Sands footprints could challenge that story. During the film, viewers will be taken on the surprising journey scientists Jeff Pigati and Kathleen Springer made when they used radiocarbon dating to discover that the footprints were made between 21,000 and 23,000 years ago.

While the dramatic findings may be surprising for some scientists, many Indigenous people are finding confirmation of long-held beliefs. 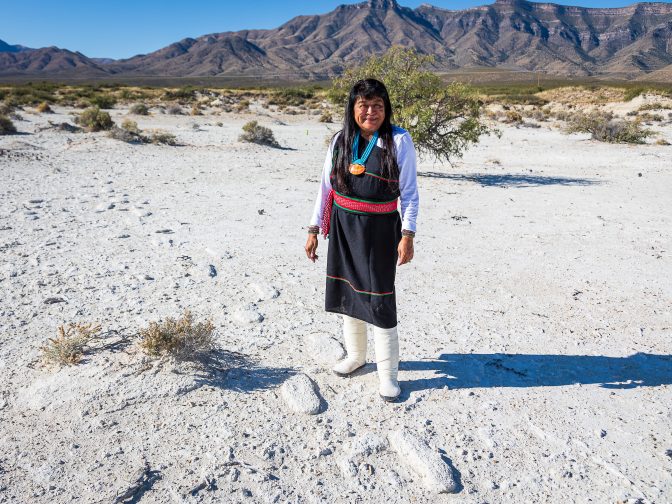 Kim Charlie with a sloth track.

“The tribes talk about going way back. We all talk about having been here forever,” explains archaeologist Joe Watkins, a member of the Choctaw Nation of Oklahoma, in the film. “We have the evidence. It really does put our feetprints firmly into the past here in North America. These are our relatives.”

NOVA’s cameras had followed the archaeological team’s investigations since February 2020, and in October 2021 they returned to White Sands to learn the results of the radiocarbon dating – results that could transform experts’ understanding of human history in North America.

“One of the reasons the dating is so important,” said NOVA Co-Executive Producer Julia Cort, “is that it puts humans deep in North America at the very height of the Ice Age. It’s another piece of evidence pointing to the epic journeys that ancient humans made at a time when the continent looked very different than it does today.”

Ice Age Footprints will debut on WITF TV Wednesday, May 25 at 9pm and will be available to stream on-demand through the PBS Video app and online after the broadcast premiere.