How Doug Mastriano could turn election lies into action, if elected governor 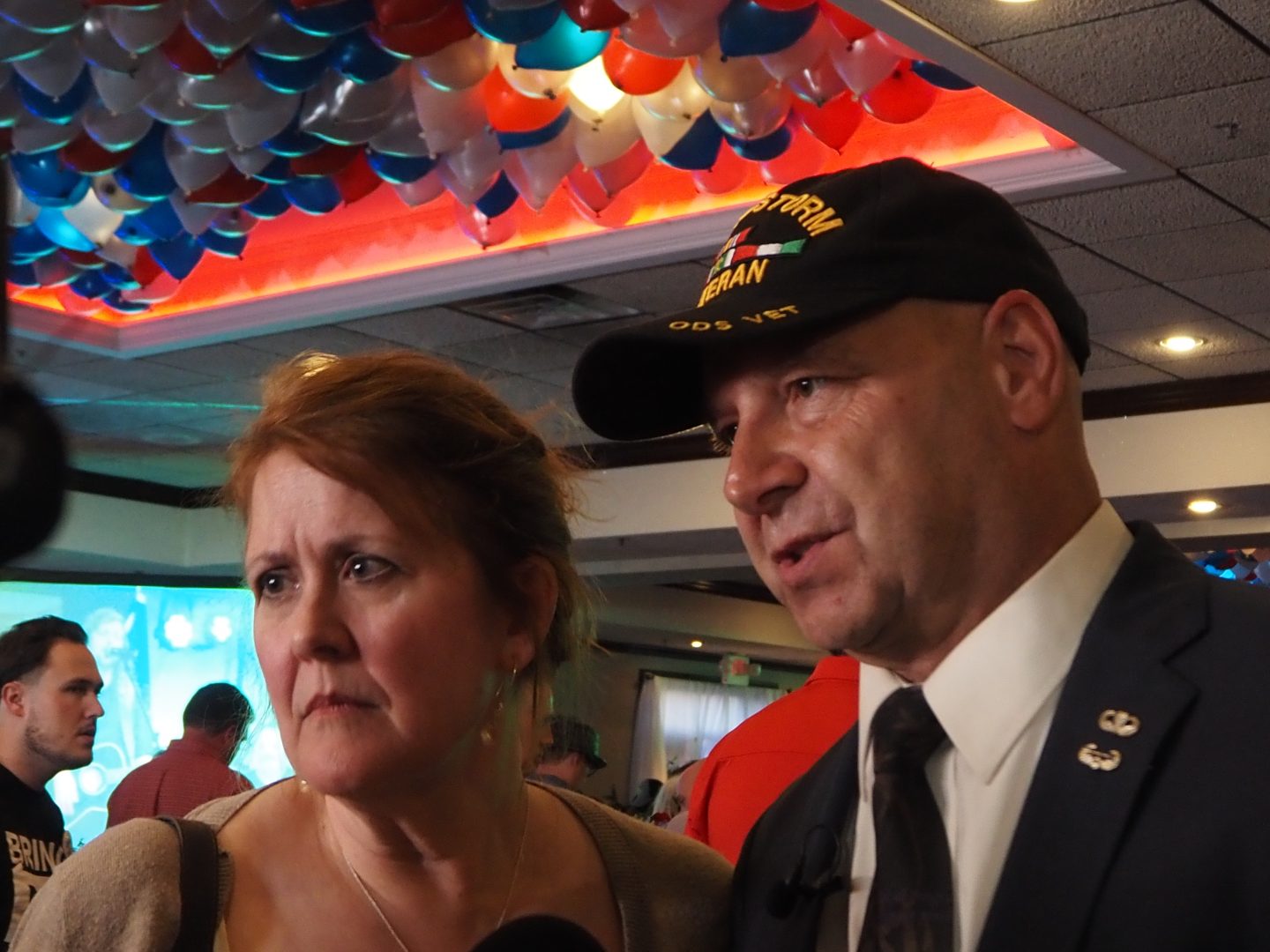 (Harrisburg) — Doug Mastriano is not the only candidate who won a Republican primary on Tuesday after embracing Donald Trump’s lie that the 2020 election was stolen. But no GOP contender did more to subvert that presidential election — and no one may be better positioned to subvert the next one — than Mastriano if he’s elected Pennsylvania’s governor.

In one of the most politically competitive states in the U.S., the newly minted Republican nominee for governor was deeply involved in the former president’s efforts to overturn the last election. He was at the U.S. Capitol during the Jan. 6 insurrection.

If he’s elected in November, Mastriano has pledged to end no-excuse vote by mail, a process that hundreds of thousands used in this week’s primary. He also wants to force millions of registered voters to register again.

While he would have to contend with a Legislature that may not go along with his plans, he would still have significant authority over elections because Pennsylvania is one of the few states where governors have the power to appoint the secretary of state. As Pennsylvania’s chief elections official, that official oversees how elections are managed, gives counties guidance on how to conduct elections and, crucially, certifies the final results.

With his far-right brand of politics, Mastriano’s victory actually has been seen by some as a gift for Democrats, leaving Republicans with a candidate so out of step with Pennsylvania that he would struggle in a general election campaign. But Pennsylvania was one of the critical states that Trump won in 2016, and he lost it by just over one percentage point in 2020. With that in mind, Democrats made an urgent case for their supporters to take Mastriano seriously. 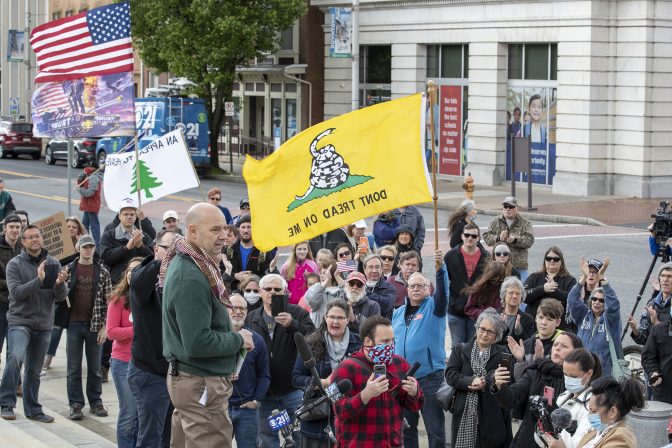 State Sen. Doug Mastriano (R-Franklin) speaks at a May 11, 2020, rally outside the state capitol in Harrisburg. Mastriano, in green sweater, called for the resignation of Pennsylvania Health Secretary Rachel Levine.

“People should be terrified,” said Jamie Perrepato, executive director of the pro-Democrat group Turn PA Blue. “We have literally opened the door to a conspiracy theorist who was at the insurrection.”

As the reality of Mastriano’s victory settled in on Wednesday, there were early signs that GOP officials may ultimately rally behind their party’s new standard bearer, even if the prevailing mood among leading Republicans was dark.

“For the Democrats, it’s their dream candidate,” said Republican strategist David Urban, a Trump ally who called Mastriano “out of step” with the state’s broader electorate. Still, he noted that Mastriano has time to re-focus his message to expand his appeal.

“There’s a lot at stake here,” Urban said. “The governor controls the presidential election in ’24. I hope he can moderate his message.”

Speaking on Tuesday night after winning the primary, Mastriano made clear he had no plans to suddenly pivot to the center ahead of a general election campaign against Democrat Josh Shapiro. He denied that he was an extremist.

“They like to call people who stand on the Constitution far right and extreme. I repudiate that. That is crap. That is absolutely not true,” Mastriano said, contending it’s the Democrats who have “gone extreme.”

Mastriano’s rhetoric on elections is not the only issue drawing attention.

He has called abortion the “No. 1 issue” in the campaign and has promised to ban all abortions —no exceptions for rape, incest or the life of the mother — if given the chance. He also aligned himself with failed Senate candidate Kathy Barnette, who was under fire for making homophobic and Islamophobic statements several years ago.

State GOP officials spent the final weeks of the primary campaign warning voters that Mastriano was too toxic and too far right to defeat Shapiro. They pushed some competitors to leave the Republican primary to consolidate votes behind Mastriano’s nearest rival.

It didn’t work. While the final votes are still being counted, Mastriano is likely to win the primary by more than 20 points.

Some Pennsylvania Republicans began moderating their anti-Mastriano tone even before his victory was official, acknowledging that a disastrous showing by their nominee for governor in November would hurt down-ballot Republicans. On Wednesday, they said that, to have a chance against Shapiro, Mastriano must embrace a political strategy focused on issues like President Joe Biden’s unpopular leadership, the pandemic and inflation. 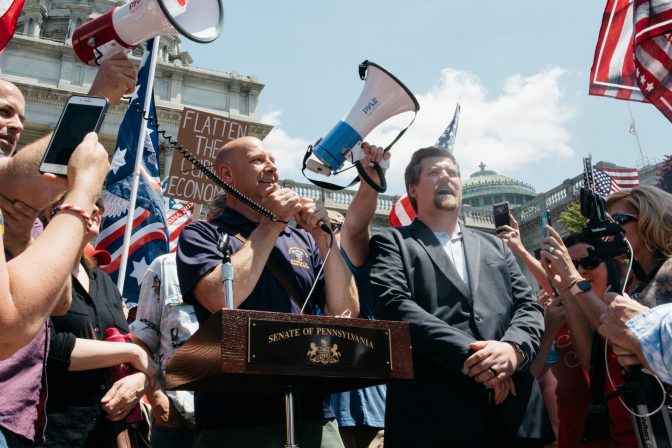 “Mastriano has to show that he’s able to pivot to a different set of issues,” said Christopher Nicholas, a Republican campaign consultant. “In Pennsylvania you want to concentrate on issues where the independents are breaking your way.”

Still, Mastriano’s integral role in Trump’s fight to overturn the 2020 presidential election will not be forgotten.

He has been subpoenaed by the House committee investigating the attack on the U.S. Capitol — for his role in a plan to arrange for an “alternate” slate of electors from Pennsylvania for Trump. Those individuals declared themselves the rightful electors and submitted false Electoral College certificates declaring Trump the winner of the presidential election in the state.

Those certificates from the “alternate electors” were then sent to Congress where several of Trump’s Republican allies in the House and Senate used them to justify delaying or blocking the certification of the election during the Jan. 6 joint session of Congress.

Members of the committee, comprised of seven Democrats and two Republicans, are also working to unearth details of the nearly three hours it took before Trump told the rioters to go home on the day of the attack.

Mastriano was in regular communication with the former president that day as he and his allies sought to reverse Trump’s 2020 election loss. He used his campaign money to organize buses to Washington on the day of the attack and advertised himself ahead of time as a scheduled speaker on the Capitol steps.

A Senate Judiciary report released late last year alleged that Mastriano and his wife “took part in the January 6 insurrection,” citing footage of them passing through breached barricades and police lines at the Capitol. Mastriano has told reporters that he left when things turned violent.

There is no evidence showing he entered the Capitol building, and he has not been charged with any crime related to that day.

As for the subpoena, Mastriano was scheduled to appear before lawmakers in early March but ended up missing the appearance. He has remained silent on whether he plans to cooperate with the committee’s investigation. During a debate last month, Mastriano said he had no “legal issues” stemming from the subpoena.

Back home, Mastriano is running on a platform to transform Pennsylvania’s voting laws.

He wants to repeal the state’s vote-by-mail law, end contracts with what he calls “compromised” voting machine companies and require voters to “re-register.” Constitutional law scholars say that forcing registered voters to register again is barred by the National Voter Registration Act and likely runs into significant protections under the U.S. Constitution if not the state Constitution.

Meanwhile, the Republican Governors Association attacked Democrat Shapiro in a statement shortly after Mastriano’s victory was announced late Tuesday, but declined to offer any praise for their own victor. Instead, the group tasked with electing Republican governors left open the possibility that it may withhold support over the coming months.

“The RGA remains committed to engaging in competitive gubernatorial contests where our support can have an impact in defending our incumbents and expanding our majority this year,” the organization’s Executive Director Dave Rexrode said, declining to say anything more specific about Pennsylvania.

A spokesman on Wednesday declined to clarify the group’s intentions.