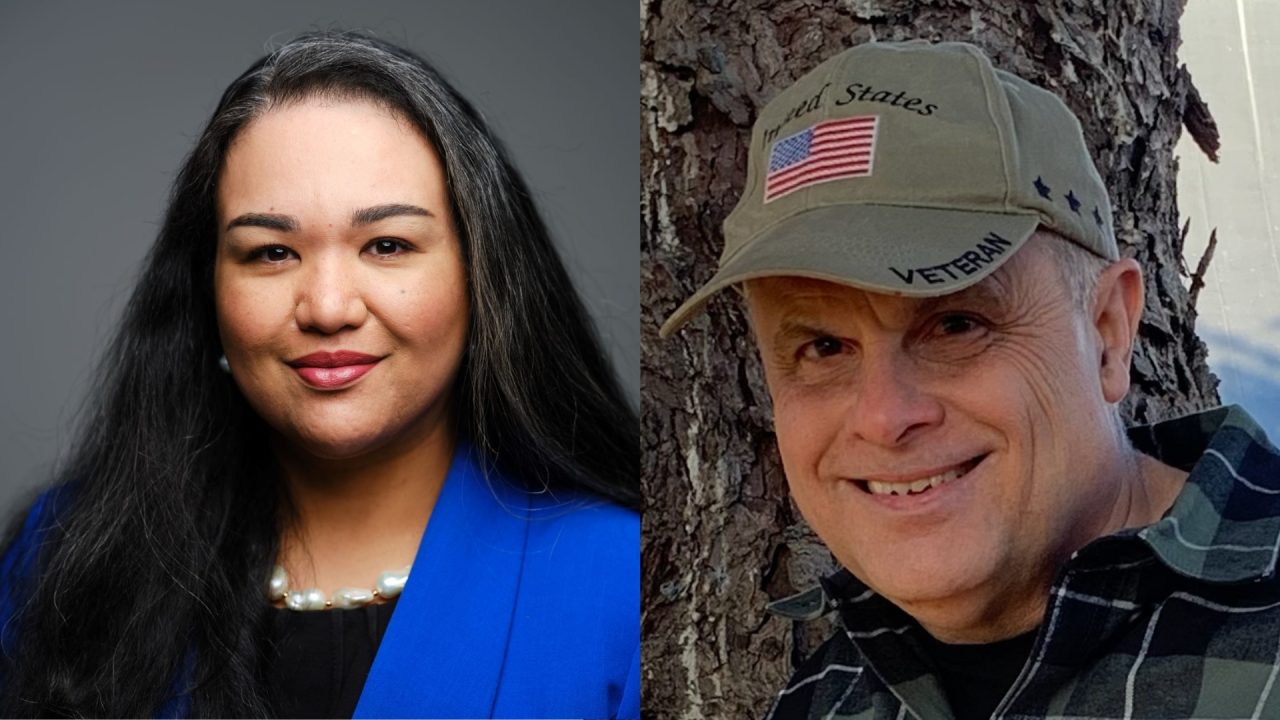 (Harrisburg) – Two Democratic candidates are vying to run against Republican incumbent Scott Perry in the 10th Congressional district this fall.

Dems were disappointed when former state Auditor General Eugene DePasquale, who the party nominated in 2020, announced he would not run again. DePasquale lost to Perry by more than five percentage points.

That left the field wide open for candidates Shamaine Daniels, a Harrisburg City Council member, and Rick Coplen, a Carlisle Area School Board member. Party faithful are deciding between the two and have until May 17th to make their choice.

Here’s a little more about both candidates:

Daniels, an immigration attorney, moved with her family from Venezuela to the U.S. at the age of 13. She relocated to Central Pennsylvania more than a decade ago and has served on Harrisburg City Council since 2013.

“Central Pennsylvania is the only region I’ve lived in the United States where no one ever told me to go back to where I came from,” she said. “I have faith that this district is better than what Scott Perry thinks it is.”

The City Council member said her Congressional platform is made up of three central planks: increasing federal spending on infrastructure like broadband internet, “advancing women and family rights” by boosting their access to things like childcare, and improving U.S. immigration policy.

Daniels said she knows the latter well and is uniquely qualified to fix it as a member of Congress. On her website, she lists “meaningful reform” for immigrant agricultural workers as one of her priorities.

The three planks are interconnected, Daniels argued, adding voters she’s spoken with want a candidate who can address all of them.

She said those positions, plus her support for a federal $15 an hour minimum wage, make her broadly appealing.

“We need to bring out the full coalition in November, and I think I’m the candidate that can do that,” Daniels added.

A retired U.S. Army officer, Rick Coplen has taught at West Point and the U.S. Army War College. He’s playing up his military bonafides to cast himself as a better option than Perry, who’s also a veteran. Coplen argued he can appeal to Congressional voters because he garnered the most votes in a six-way race for four Carlisle Area School Board seats last year.

Coplen is taking direct aim at his potential General Election opponent, calling Perry “unfit” to serve in office. He points to Perry’s support for an effort to overturn the 2020 election, which included his vote to object to Pennsylvania’s certified presidential results without evidence of widespread fraud.

Evidence has shown Perry was also involved in a campaign to pressure the Department of Justice to investigate disproven election fraud claims. The U.S. House Select Committee that’s investigating the January 6th attack on the U.S. Capitol has subpoenaed Perry to answer questions about that.

If elected, the Carlisle Democrat wants to boost federal education spending, increase the minimum wage to $15 dollars an hour, and expand the Affordable Care Act to create a public insurance option.

He argues Perry has lost focus on issues like that while leading the conservative House Freedom Caucus.

“He’s got a lot of extreme positions that I believe many reasonable, moderate Republicans strongly disagree with,” Coplen said.

Coplen hopes balancing his anti-Perry messaging while broadcasting his ideas on kitchen table topics like the economy and healthcare will win him favor with Central Pennsylvania’s Democratic base.

“I know the voters of the 10th Congressional district are smart enough and capable of understanding that all of that is important,” he said.