Pittsburgh Penguins' Sidney Crosby (87) reacts after getting knocked down during the first period of Game 5 of an NHL hockey Stanley Cup first-round playoff series against the New York Rangers Wednesday, May 11, 2022, in New York.

Game 6 is Friday in Pittsburgh, and a potential deciding Game 7 would be Sunday back at Madison Square Garden. 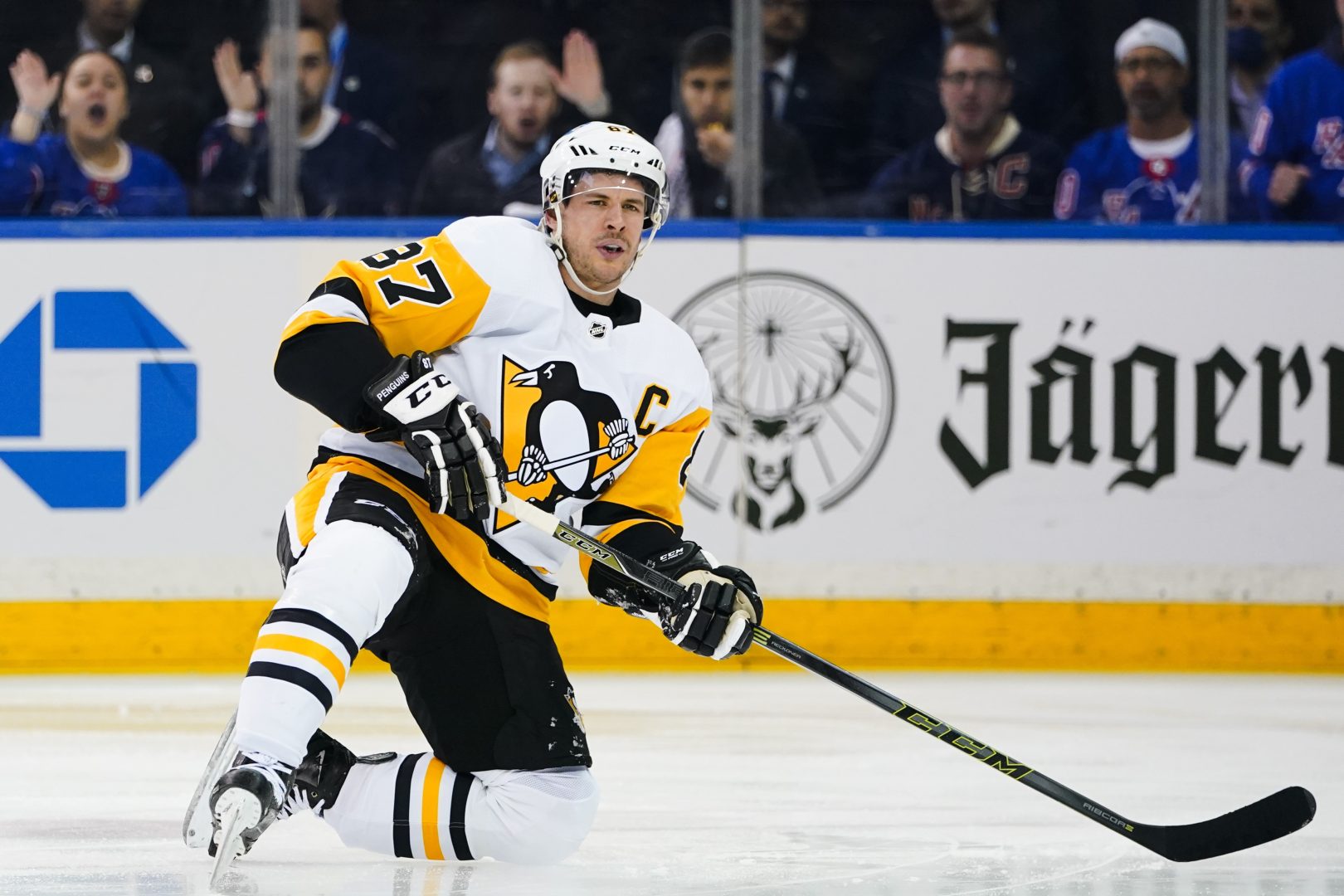 Pittsburgh Penguins' Sidney Crosby (87) reacts after getting knocked down during the first period of Game 5 of an NHL hockey Stanley Cup first-round playoff series against the New York Rangers Wednesday, May 11, 2022, in New York.

(New York) — The Pittsburgh Penguins were leading 2-0 in Game 5 of their first-round series against the New York Rangers when star center Sidney Crosby headed to the dressing room with about seven minutes left in the second period Wednesday night.

Minutes earlier, he was knocked to the ice after a hard high hit from Rangers defenseman Jacob Trouba while the Penguins had the puck in the offensive zone. Following his departure, New York scored three times on three consecutive shots over a 2:42 span to take the lead.

Asked if he thought there was intent on Trouba’s hit, Penguins coach Mike Sullivan simply replied, “Did you see it? Then you probably have the same opinion I do.”

Sullivan said Crosby had an upper body injury and his status was being evaluated.

Game 6 is Friday in Pittsburgh, and a potential deciding Game 7 would be Sunday back at Madison Square Garden. 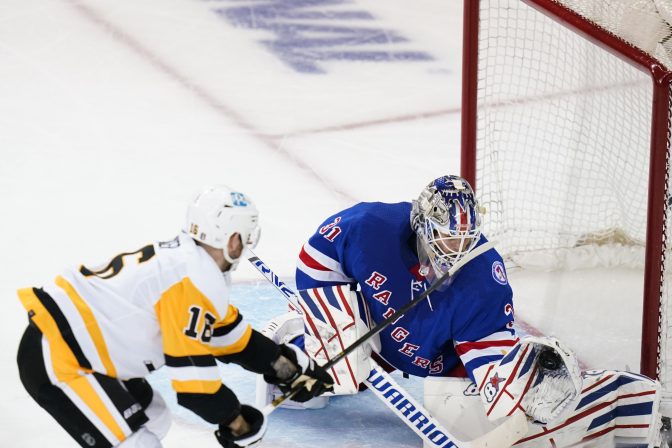 Pittsburgh tied it 13 seconds after the Rangers’ flurry on Jake Guentzel’s second of the game. However, Filip Chytil gave New York the lead for good with a power-goal early in the third and the Rangers went on to a 5-3 win, avoiding elimination.

Crosby had two goals and seven assists for a team-high nine points in the first four games. Though the Penguins managed 20 of their 32 shots after he left the ice, they couldn’t break through other than Guentzel’s tying goal as they were outscored 5-1 over the last 25 minutes.

Guentzel downplayed any notion Crosby’s absence had any deflating effect on the Penguins.

“We’ve got plenty leaders on this team that have been through a lot,” he said. “You never want to see a player like that leave, but we got the group to step up. We have a lot of capable guys in that locker room. We’ve got to find a way to get that one done.”

Crosby, who reached 200 career playoff points in Game 4, has 22 assists and 30 points against the Rangers — the most of any player against the team in NHL history. If he is out for any games, that would put added pressure on Guentzel (seven goals) and Evgeni Malkin (two goals, three assists).

“We feel like we’re deep at that position. and we have what it takes to win regardless of who’s in our lineup,” Sullivan said. “Sid and (Evgeni Malkin) have been two of the best in the league for 15-plus years, so when one of them is out the other one steps up. That’s been my experience since I’ve been here, so whatever happens moving forward, I’m sure Geno will bring his best.”