Lionel Richie performs at the 2022 LIBRARY OF CONGRESS GERSHWIN PRIZE FOR POPULAR SONG.

Lionel Richie performs at the 2022 LIBRARY OF CONGRESS GERSHWIN PRIZE FOR POPULAR SONG.

International superstar Lionel Richie has a discography second to none. His music is part of the fabric of pop music with more than 125 million albums sold worldwide, an Oscar®, a Golden Globe®, and four Grammy Awards®.

Watch Lionel Ritchie: The Library of Congress Gershwin Prize Tuesday, May 17 at 9pm on WITF TV or stream it on-demand from the PBS Video app or online starting May 18 through June 15.

This month, the Library of Congress presented the singer-songwriter with the Gershwin Prize for Popular Song.

Watch the celebration – featuring performances by special guests Luke Bryan, Miguel, Anthony Anderson, Chris Stapleton and others – on WITF TV Tuesday, May 17 at 9pm or stream it from the PBS Video app starting May 18 through June 15.

Richie is an Alabama-born singer-songwriter with a smooth voice and a deft touch for the romantic ballad. Lionel Richie’s unforgettable work has shown us that music can bring us together. Even when we face problems and disagree on issues, songs can show us what we have in common.

He’s known for his mega-hits Hello, Lady, All Night Long, Penny Lover, Stuck on You, and Dancing on the Ceiling – just to name a few – and co-wrote one of the most important pop songs in history, We Are the World, for USA for Africa. 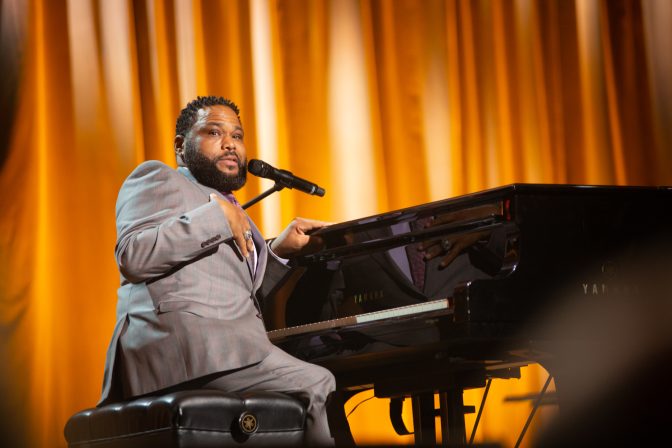 Anthony Anderson performs at the 2022 Library of Congress Gershwin Prize for Popular Song.

Watch the celebration of Lionel Ritchie’s impact on pop music Tuesday, May 17 at 9pm on WITF TV or stream it on-demand from the PBS Video app or online starting May 18 through June 15.

His song catalog also includes his early work with The Commodores, where he developed a groundbreaking style that defied genre categories and penned smashes such as Three Times a Lady, Still, and Easy.

Richie has sold out arenas worldwide and has headlined festivals including Bonnaroo, Outside Lands, and Glastonbury, drawing the festival’s biggest crowd ever with more than 200,000 in attendance.

He took fans on a spectacular musical journey with his latest album, Live from Las Vegas along with his most recent tour, Hello tour, which kicked off in Summer 2019. The album was #1 on the Billboard Artist 100 chart and marked the legendary artist’s first release on Capitol Records.

Richie has been an American Idol judge for the past 4 seasons and is set to return for the show’s 20th season.

Watch Gershwin Prize on WITF TV Tuesday, May 17 at 9pm or stream it on-demand starting May 18 through June 15 through the PBS Video app or video.witf.org.

Life is Complicated on Ridley Road