People board transport to move to Ukrainian city of Dnipro during an evacuation of civilians in Kramatorsk, Ukraine, Tuesday, April 19, 2022. 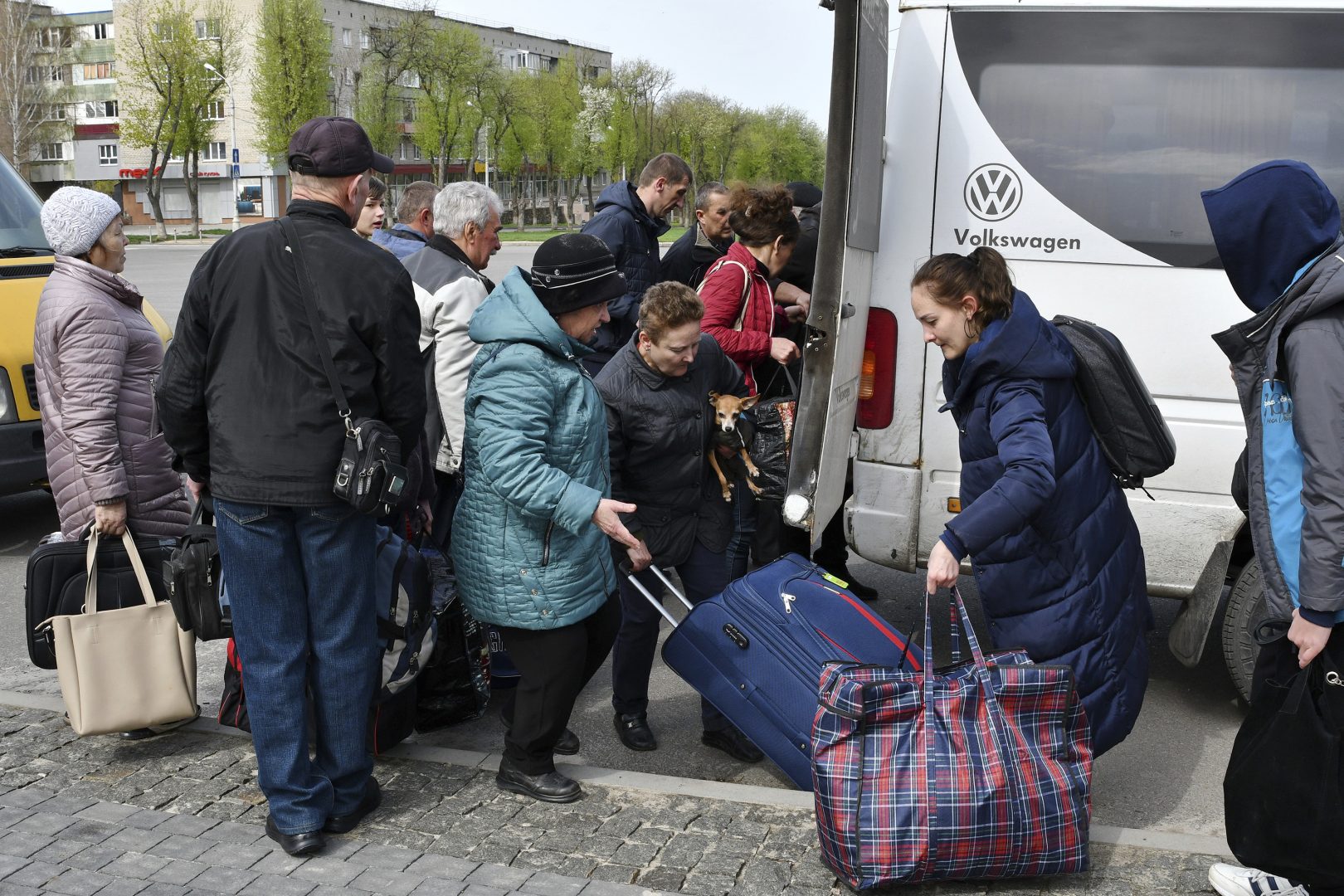 People board transport to move to Ukrainian city of Dnipro during an evacuation of civilians in Kramatorsk, Ukraine, Tuesday, April 19, 2022.

When he woke up on the morning of the Russian invasion, Moscow-born Dr. Alex Dombrovski recalls feelings of loss and shame.

“What came to mind is, ‘What could I have done to prevent this?'” he said.

While the University of Pittsburgh psychiatrist can’t stop the Russian army, Dombrovski is helping Ukrainians heal from the aftermath of this war, which he describes as a complex mental health disaster.

So along with his colleagues Dr. Loren Roth and Dr. Carmen Andreescu, Dombrovski is collaborating with the Federation Global Initiative in Psychiatry to direct mental health resources to Ukrainians.

“Many of them are in a state of what we call acute stress, having suffered losses, having seen horrific things. In some cases, having been tortured or raped,” said Dombrovski. “Some of them will, unfortunately, go on to develop mental illnesses … and they will need help for a long time.”

Efforts include funding for a mental health crisis center in Lithuania that’s caring for Ukrainian refugees, providing psychological support to first responders, and directing emergency aid to mental health facilities, including one in the northern city of Chernihiv.

“They have a large psychiatric hospital the size of [UPMC Western Psychiatric Hospital] that was shelled,” said Dombrovski, “34 patients died, and hundreds of patients have ended up in the basement with no supplies, no electricity, no food, no medication.”

Another initiative is a Ukrainian-language website called Samopomich, which translates to “self-help;” it provides guidance on how to deal with trauma and hosts an online forum where people can talk about their experiences.

A number of entities have donated to Dombrovski’s efforts, including the Pittsburgh-based Brother’s Brother Foundation.

Some might wonder why outside support is needed due to the influx of international aid, including $14 billion from the U.S. President Biden is also asking Congress for another $33 billion; NPR reports the majority of this money would go to military and security assistance.

“The Ukrainian government is mostly able to sustain the war effort, keep the very basic infrastructure going,” said Dombrovski. “All the other needs are just not being addressed.”