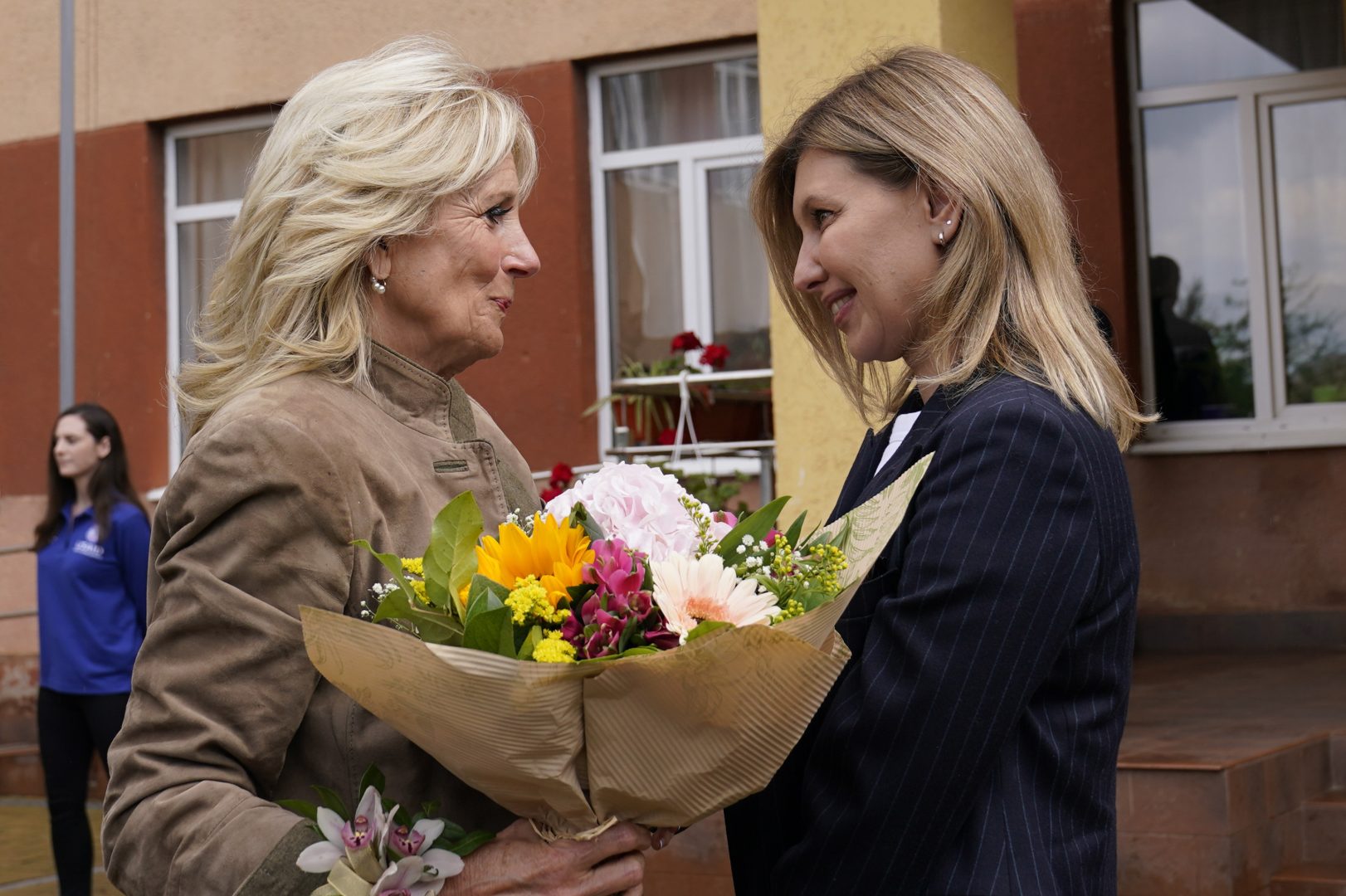 It was the first time a U.S. first lady has traveled solo to a combat zone since 2015, when Michelle Obama visited Qatar’s al-Udeid Air Base.

Biden crossed the Slovakia-Ukraine border after a visit to the Slovakia side of a border crossing in Vysne Nemecke.

She spent about two hours in Ukraine, visiting the city of Uzhhorod, in Zakarpattia Oblast in the southwest corner of the country.

Zelenska, the wife of Ukrainian President Volodymyr Zelenskyy, has been in hiding along with their children since the beginning of the war.

This was the first time since the war began that Zelenska had emerged in public.

Biden and Zelenska spent more than an hour in their meeting.

Biden and Zelenska met at a school that has been converted into a shelter for internally displaced Ukrainians.

Zelenska stepped out of a black SUV guarded by a Ukrainian soldier. Biden handed her flowers, and the two hugged.

They then met in a small side room behind closed doors for more than an hour.

When traveling press were briefly brought in, Biden said, “I wanted to come on Mother’s Day. We thought it was important to show the Ukrainian people that this war has to stop, and this war has been brutal. And the people of the U.S. stand with the people of Ukraine.”

“We feel it,” Zelenska responded.

“First of all, I would like to thank you for a very courageous act,” Zelenska continued. “Because we understand what it takes for the U.S. first lady to come here during a war when the military actions are taking place every day, where the air sirens are happening every day even today.”

“We all feel your support, and we all feel the leadership of the U.S. president, but we would like to note that the Mother’s Day is a very symbolic day for us because we also feel your love and support during such an important day.”

Biden had previously exchanged correspondence with Zelenska, according to U.S. officials.

The first lady’s visit to Ukraine was not announced ahead of time, and was not on Biden’s public schedule. Biden’s motorcade was pared down for the drive into Ukraine, and several staffers (and some traveling reporters) stayed behind in Slovakia.