Even if Roe v Wade is overturned, abortion would remain legal in Pennsylvania. 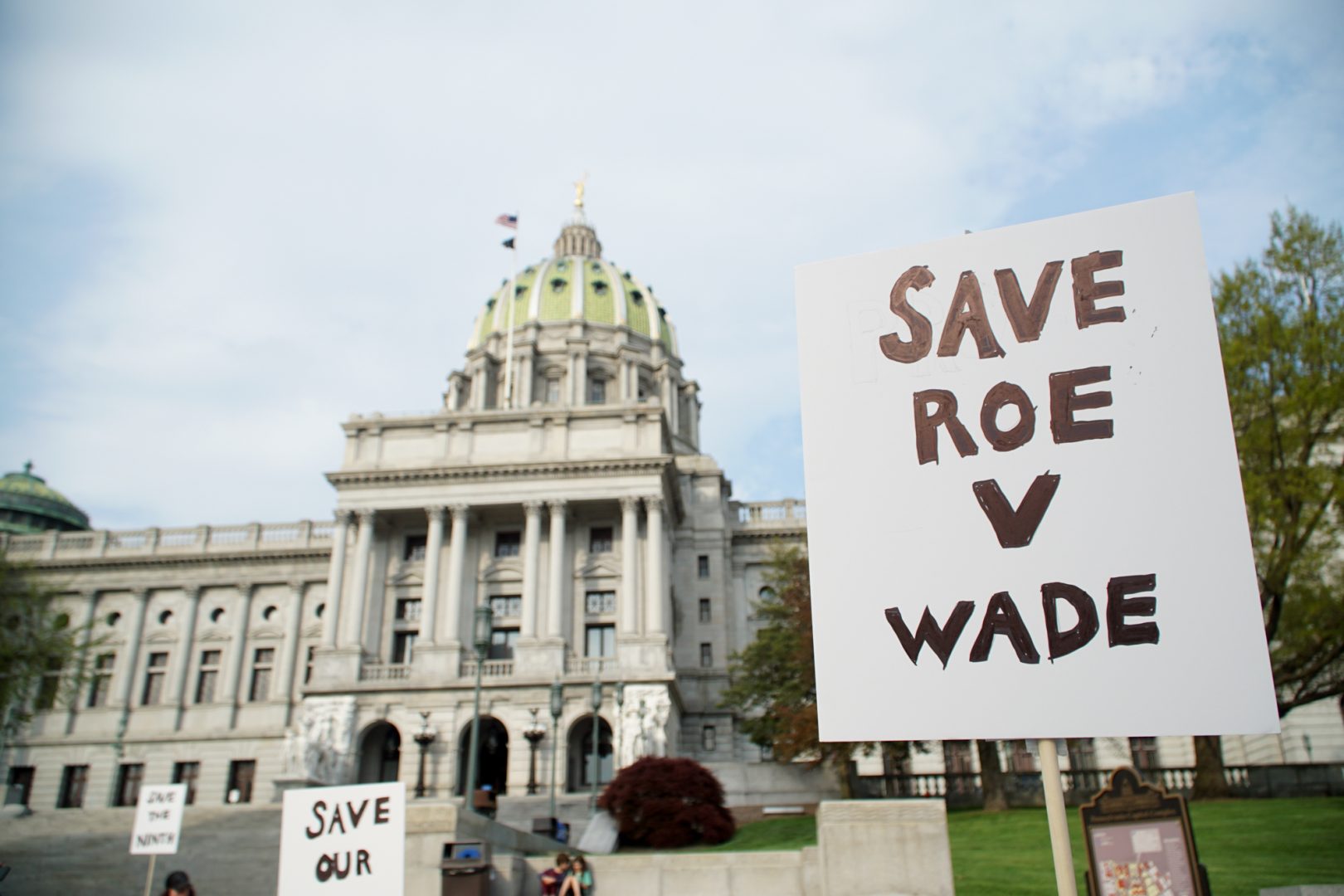 (Harrisburg)-Abortion rights groups and supporters, as well anti-abortion groups, are reacting to and planning for the possibility that the U.S. Supreme Court will overturn Roe v. Wade this summer.

The news confirms the “deepest fears” of Planned Parenthood, one of the main women’s health providers that offers abortion services, said Melissa Reed, director of Planned Parenthood Keystone. Reed said the organization has been planning for Roe v. Wade to be overturned since December, when the court heard oral arguments for Dobbs v. Jackson Women’s Health Organization–a case that involves the constitutionality of a Mississippi law that bans abortions after the 15 weeks.

As a response, the reproductive health provider has been trying to make abortion services available to more people, Reed said.

“We have been digging in. We’ve proudly expanded abortion care in our territory, including through telemedicine, and we are going to be adding abortion care and other communities this calendar year,” Reed said.

Another reproductive rights advocacy group, the Women’s Law Project, said it was expecting a ruling on Dobbs v. Jackson Women’s Health Organization by June, so it was surprising to see a draft so early. Amal Bass, director of policy and advocacy at the nonprofit said the court’s apparent readiness to overturn Roe v. Wade was not surprising.

“We’re extremely outraged that the court has just absolutely thrown out a precedent that we have been relying on for such a long time, that is something that is tied to so many other rights that we have,” Bass said.

Bass said Women’s Law Project is focused on fighting current anti-abortion legislative efforts in Pennsylvania. Those include a proposed ban on abortions for fetuses diagnosed with Down syndrome.

The Women’s Law Caucus, which advocates for abortion rights, also condemned the draft decision. Democratic Sen. Amanda Cappelletti (D-Montgomery, Delaware), a member of the caucus, said the group is working to develop legislation to protect abortion care providers and their information, and fighting anti-abortion legislative efforts.

“We need an all hands on deck approach to the 2022 election to ensure that reproductive health care is not taken away from Pennsylvania,” she said.

Gov. Tom Wolf says that he will veto any anti-abortion that restricts abortion and women’s healthcare. If a Republican is elected governor, that could change.

All nine GOP gubernatorial candidates are in favor of restricting abortion.

“The loss to our society and humanity that 50 years of Roe has stained our nation will never be erased, but tonight I am encouraged that the Supreme Court appears prepared to overturn the injustice that was perpetrated through Roe v. Wade decision,” Dave White said in a statement Monday night.

For anti-abortion groups, the Supreme Court draft opinion is an encouraging sign.

“We are thankful to hear about the possibility of Roe vs. Wade being overturned in the near future. While we are awaiting an official ruling in June, we are praying and hoping that the Supreme Court will make a righteous ruling on the sanctity of life,” said Sarah Boeke, leader of a central Pennsylvania chapter of Love Life, an anti-abortion Christian ministry.

Cheryl Allen, a member of the Pennsylvania Family Institute and former superior court judge, said there is no way of knowing the court’s decision for sure until it makes the decision final. However, the group sees the possible overturn as a step toward returning the issue of abortion rights to the states.

Abortion rights supporters say the 14th Amendment to the U.S. Constitution, which establishes the right to privacy, protects the right to abortion.

“It is time for a new era, where we will advocate for preborn children to be welcomed in life and protected in law,” said Maria Gallagher, legislative director for Pennsylvania Pro Life Federation.

In Harrisburg on Tuesday, following the leak of the court’s draft decision, about 30 protesters showed up at the Capitol to support abortion rights.

“It is disappointing to me it is disheartening, and quite frankly, frightening,” said Katherine Deane, a demonstrator. “I am not going to lie down and just roll over and go, ‘Oh, woe is me. This is the state of the world.’ I’m going to be loud and we’re going to be mad about it.”

Another demonstrator, Beth Dilts, a social worker, said she decided to attend because abortion access is an issue that directly impacts the vulnerable people she serves. She is also concerned about the impact the issue could have on gender equality.

“It’s deeply upsetting to think that something like this is in question and could potentially be overturned. I think that there’s no chance of gender equality if we don’t have bodily autonomy, and the right to make these decisions,” Dilts said.

How did Pittsburgh's Mexican War Streets get its name?