Randyland is one of the many colorful features of the Mexican War Streets.

How did Pittsburgh’s Mexican War Streets get its name?

Nestled between Allegheny Center, Manchester and East Allegheny, there’s a historic community with an unusual name: The Mexican War Streets. 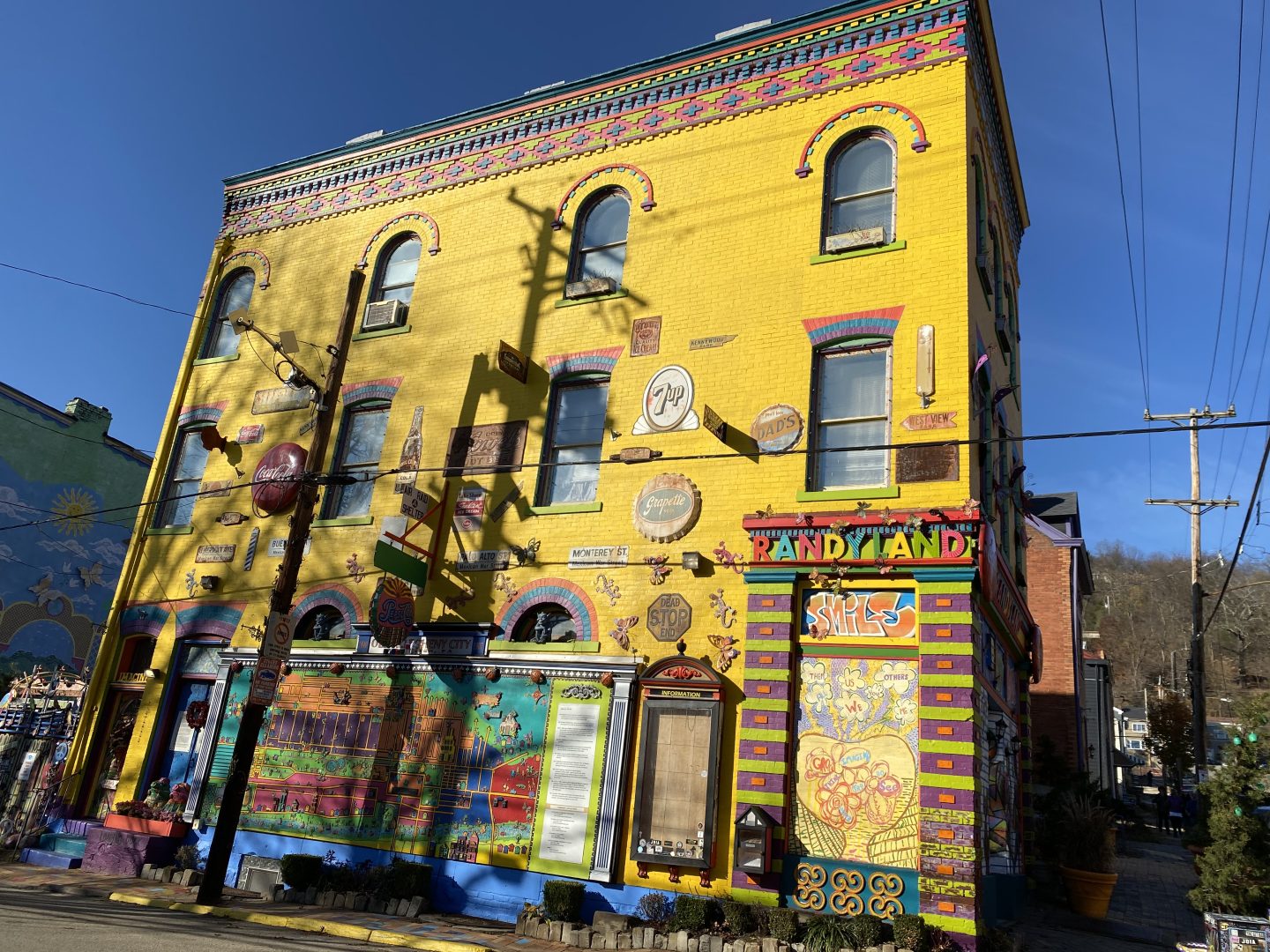 Randyland is one of the many colorful features of the Mexican War Streets.

In Pittsburgh, there’s a neighborhood named for war.

Nestled between Allegheny Center, Manchester and East Allegheny, there’s a historic community with an unusual name: The Mexican War Streets.

Asker Nathan Bell had a similar query: “That name just stood out to me since I wondered which Mexican War it references since it doesn’t seem like that, geographically, Pittsburgh was directly involved in a war with Mexico.”

Bell’s right — Pittsburgh wasn’t a battleground during the Mexican American War. But the city did play a role in the conflict.

In 1845, the United States annexed Texas from Spain. Disputes over the location of the border between America and Mexico quickly escalated. In 1846, the American government sent troops to the border, including men from the Pittsburgh region.

“The president called for volunteer troops from the states and Pennsylvania provided two regiments, the first Pennsylvania infantry in the 2nd Pennsylvania Infantry, and both of those had companies from Pittsburgh,” says Soldiers and Sailors Memorial Hall and Museum curator Michael Krauss.

These regiments actually left for the war from Pittsburgh, taking the river down to New Orleans before shipping off to strategic battlefields. Once they arrived, they encountered what would have been fairly common for combat in the mid-1800s.

“It’s like ‘Rock ‘Em Sock ‘Em Robots,’” Krauss said. “I mean, you’re talking about muzzle-loading weapons, you know, that do not have an effective range of more than 100 to 200 yards. So that’s how close you’re going to have to be to your enemy if you’re a foot soldier, an infantry soldier.”

Cavalry troops fought on horseback. Cannons that could fire up to about a mile away were key weapons. Krauss said the Americans focused on taking Mexican forts. 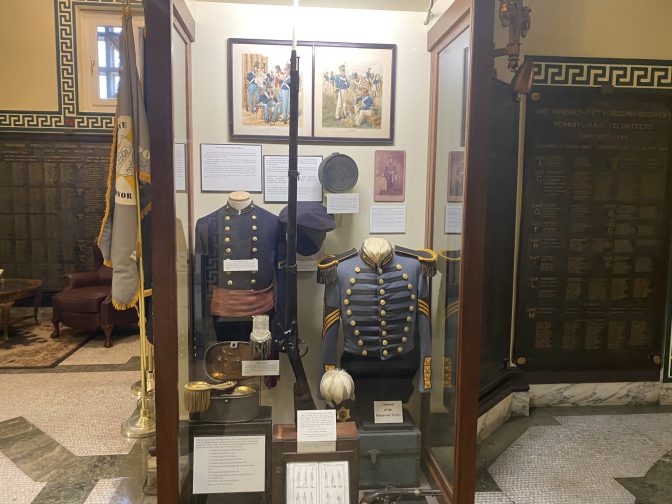 Uniforms worn by Pittsburgh soldiers during the Civil War would have been very similar to the outfits worn during the Mexican-American War, according to Soldiers and Sailors Memorial Hall and Museum curator Michael Krauss.

“A lot of times the tactic to disable that fortification is surrounding it and cutting it off from everything else,” he said.

Despite large numbers of Mexican fighters, the U.S. troops prevailed and the conflict ended after two years in 1848.

“It’s a very short war, but we’re fighting an international war outside of our boundaries and [it’s] kind of the beginning of colonialism.”

Around the same time, in what was then Allegheny City, people were beginning to settle in a new neighborhood. Krauss says former Allegheny City Mayor William Robinson had purchased land there on the North Side, and was building and naming streets.

“And what better tribute than to name it after what was going on right then?” Krauss said. 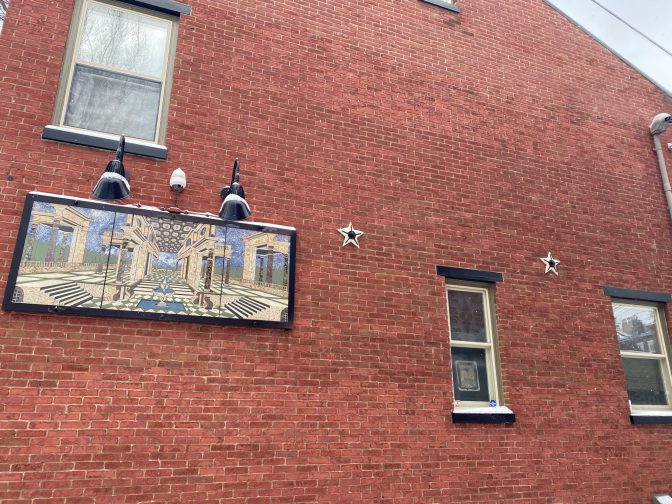 A mural along Resaca Street in the Mexican War Streets neighborhood.

Many of the neighborhood’s early residents were blacksmiths, tanners and merchants, according to Mexican War Streets Society Vice President Brittany Urban. There was also farmland, and some street names are a nod to the industry.

“You have Drovers Way,” Urban said. “A drover is a person who drives cattle.”

These early families moved into modest homes. Over time, as Allegheny City and Pittsburgh grew, so did the wealth of the residents. In the late 1800s and early 1900s, they were able to expand some of the original structures to roughly what’s in the community today. Allegheny City was annexed by Pittsburgh in 1907.

“The people here wanted to remain their own city,” Urban said. “And it actually went all the way up to the U.S. Supreme Court, who finally decided that [Pittsburgh] could sort of take over this area.”

The neighborhood struggled in the 1970s and 80s, dealing with blight and crime. But cultural organizations took notice, and opened places like The Mattress Factory, Randyland and the writer’s refugee space City of Asylum.

“Over time, thank goodness this area has been attractive to people who could see its potential and beauty and decided to work toward preserving it and turning it into something really beautiful and useful,” Urban said.

The Mexican War Streets became a designated historic district in 1975, which Urban said means there are certain guidelines for updating or renovating homes.

“It’s to keep the character of our neighborhood intact,” she said. “We try to prevent buildings from being demolished and big development.”

There’s a lot of quirk here, too. A few years ago, two Venezuelan artists installed brightly colored words on windows, gates and doors. The project was called River of Words, and each one was relevant to Pittsburgh in some way…zombie, baseball, atlas.

The installation was supposed to be temporary, but many residents liked them so much, they kept them up! While the neighborhood’s name might conjure something aggressive, the people here are anything but.