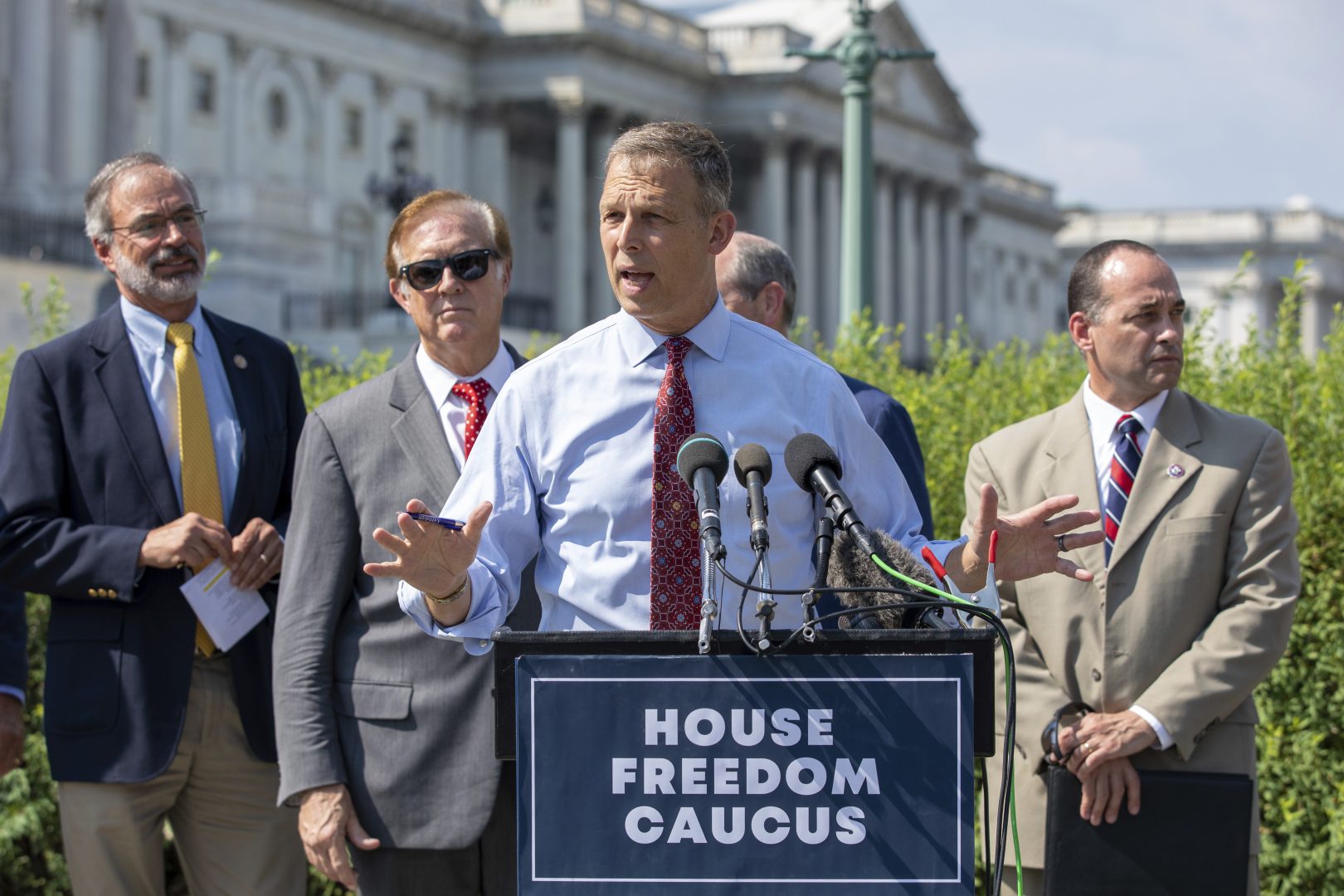 Midstate GOP Congressman Scott Perry is facing criticism after it was revealed that he texted with a Trump White House official about ways to overturn the 2020 election.

Perry, who represents Dauphin and portions of York and Cumberland counties, sent texts to former White House Chief of Staff Mark Meadows, discussing plans for Trump to promote Assistant Attorney General Jeffrey Clark to Attorney General. Clark planned to investigate election results in Georgia, despite no evidence to warrant a probe, according to a U.S. Senate report.

Perry pushed baseless conspiracy theories, urging Meadows to have Trump direct intelligence agencies to investigate Dominion voting machines for signs of voter fraud or foreign interference. The claims are false, as state officials have detected no evidence of fraud while vetting the Dominion machines, and have consistently said that they are secure from interference.

Perry also told Meadows that the British and Italian governments were manipulating U.S. elections, while alleging CIA Director Gina Haspel conspired with them. There is no proof to support any of Perry’s claims of foreign election interference, or Haspel’s involvement in a conspiracy.

Perry has a track record of supporting conspiracy theories while working on Capitol Hill.

After the Las Vegas shooting, he said the gunman was both alive and a member of ISIS. That is false, as the shooter was found dead by authorities. They also said he was not affiliated with ISIS. During Hurricane Maria, Perry claimed Puerto Rico was lying about not having electricity or water. In reality, the storm destroyed the island’s infrastructure and killed three thousand people.

“And, obviously, the latest escalation that we know about is publicly lying about election results, and… kind of playing a central role in an attempt to overthrow the government.”

Perry was the first sitting lawmaker to be asked to testify before the House Jan. 6 Select Committee, which wants to know more about his involvement in events leading to the insurrection on the U.S. Capitol.

The congressman has refused to testify.

“I decline this entity’s request,” Perry wrote on Twitter. “I stand with immense respect for our Constitution, the Rule of Law, and the Americans I represent who know that this entity is illegitimate…”

Perry was cited more than 50 times in a Senate Judiciary report that detailed Trump’s effort to overturn his 2020 election defeat to Joe Biden.

Election experts and officials from both political parties have validated the 2020 election results.

The lawmaker did not return a request for comment.

“If you hear lies enough, then the lies become familiar, and familiarity breeds truth,” Tudor said. “And, so, the degree to which we fault those voters makes me a little bit uncomfortable… [they] have been subjected to years and years of disinformation.”

A survey conducted last year by the Brennan Center for Justice found one-third of election officials nationwide feel unsafe at work. And about one-in-five called threats to their lives a “job-related concern.”

Al Schmidt, head of government watchdog group the Committee of 70, was the lone Republican on Philadelphia’s three-person election board in 2020. He was publicly harassed by former President Trump for certifying the city’s votes, and the attacks from his supporters continue today.

“Comments like that have consequences,” Schmidt said. “Such as the death threats and violent threats that we’ve seen directed toward election administrators across the country.”

Schmidt, his wife, and young children received death threats, and were assigned a 24-hour secur­ity detail for over a year. The family eventually moved out of their home.

Nearly half of Pa.’s county election directors have resigned since 2019, according to the County Commissioners Association of Pennsylvania.

“They may throw these things out there and they may think they’re some harmless little lie,” Schmidt said. “But the consequences of those lies are undermining confidence in democracy and violent threats to the people who run elections.”

Perry’s texts to Meadows were revealed just weeks before the May 17 primary, where he is the the lone Republican running to represent Pa.’s 10th Congressional District in the U.S. House.

“You’re operating under the assumption that people can even name their member of Congress. And I don’t think most of them can,” Kolodny said. “We all already know that at least a third of eligible voters won’t register a vote under any circumstances. So they have completely tuned out.”

Perry will be up for re-election this November, but since it will be a midterm election without the President on the ballot, Kolodny predicts a smaller voter turnout in Pa. than in 2020 will help Perry maintain his seat.

A poll released earlier this year found that 40% of Pennsylvanians were “not confident” in the fairness of the 2020 election, and 26% felt “not confident at all” that it was conducted fairly.

Al Schmidt called the recent attempts by politicians to undermine state election systems “a critical juncture in our history.”

“There’s a circular nature to a lot of this, where you have elected officials deceiving their constituents, and then those deceived constituents insist that the election officials do something about it,” he said. “And I think that’s why you end up with these ridiculous, so-called audits.”

Schmidt said he wishes more Pennsylvanians were aware that the commonwealth already audited its elections last year, and found no evidence of widespread voter fraud.

“It is a lot more difficult to commit voter fraud than people realize, and it is very easy to detect it,” Schmidt said. “And when it is detected, it’s investigated and prosecuted.”

Last year, 11 of Pa.’s 67 counties reported a total of 26 possible cases of voter fraud. So far, four people have been convicted of election fraud crimes related to Pa.’s 2020 elections, all of whom were Trump voters.