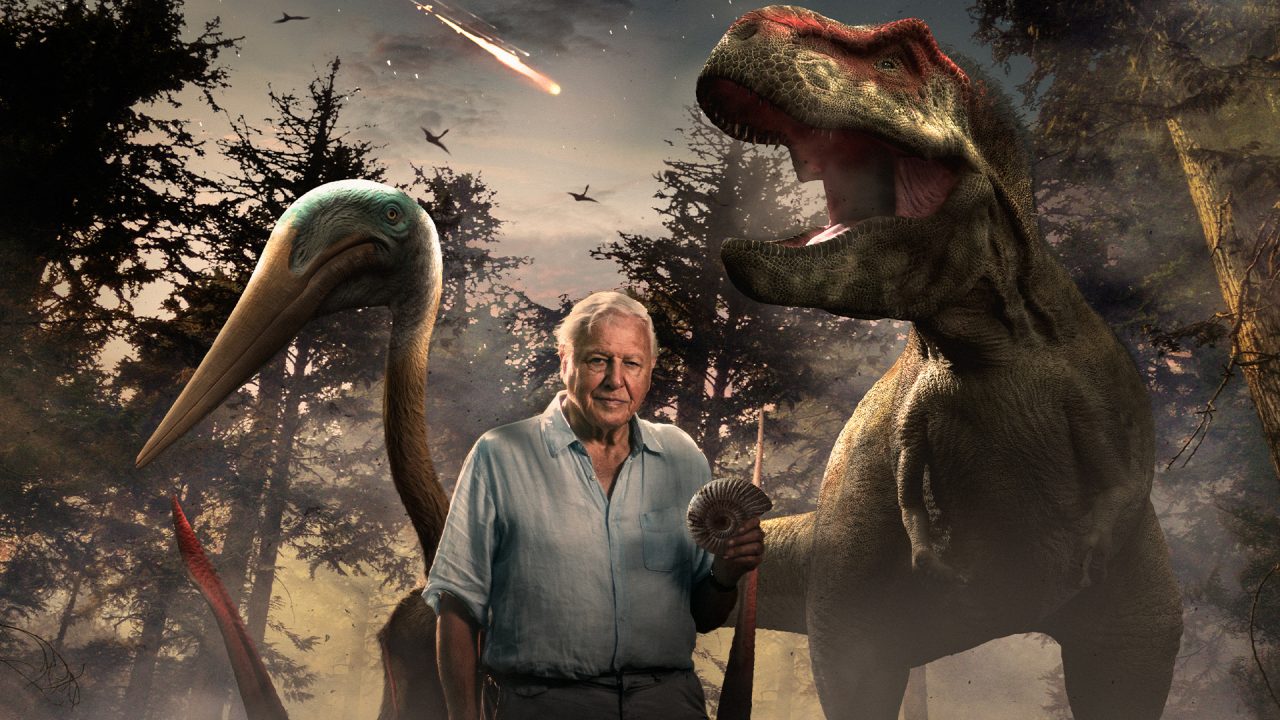 NOVA will premiere a new two-part special, Dinosaur Apocalypse, Wednesday, May 11 at 9pm on WITF TV. The special explores how newly discovered fossils from a dig site in North Dakota may provide a glimpse of events on the day an asteroid struck Earth and ended the age of the dinosaurs.

Viewers follow Sir David Attenborough and a team of scientists as they reconstruct a detailed picture of one of the unluckiest days for life on Earth in two back-to-back, one-hour episodes, The New Evidence and The Last Day.

Watch both episodes of Dinosaur Apocalypse on WITF TV Wednesday, May 11 starting at 9 pm, or stream both episodes on-demand from the PBS Video app and online starting May 12 through June 16 for free.

66 million years ago, an asteroid larger than Mount Everest slammed into Earth, killing the giant reptiles that dominated the planet for over 150 million years. There is strong evidence of the impact, but no fossils of a dinosaur killed in the event itself have ever been found.

Now, at a dig site in the Badlands of North Dakota, scientists have uncovered a wealth of fossilized creatures that might be connected to the fateful day that ended the Cretaceous Era.

“We’re excited to bring viewers along on this journey as scientists excavate this extraordinary dig site,” said NOVA Co-Executive Producer Julia Cort. “We’re able to look over the shoulders of paleontologists uncovering some of the rarest fossils ever found in North America–perhaps in the world–that if confirmed, could help illuminate the most dramatic single day in the history of the planet.”

Filmed over the course of three years, the special follows paleontologist Robert DePalma and his team as they explore the site and ultimately unearth creatures that might shed light on life at the very end of the ages of the dinosaurs.

Watch The New Evidence and The Last Day on WITF TV Wednesday, May 11 starting at 9pm, or stream both episodes for free, on-demand from the PBS Video app and online starting May 12 through June 16.

In the first episode, The New Evidence, viewers are introduced to the excavation of several groundbreaking finds in a corner of the Hell Creek Formation, an area long famous for dinosaur fossils.

The new evidence includes an incredibly rare, fossilized egg, with the embryo of a pterosaur – a flying reptile – still inside, a fossilized burrow possibly dug by an early mammal such as a pediomyid, and a beautifully preserved piece of Triceratops skin.

As they investigate each new find, the team begins to paint a vivid picture of what life was like during this period, showing how the creatures would have looked, lived and acted.

Watch the two-part Dinosaur Apocalypse on WITF TV Wednesday, May 11 starting at 9pm, or stream it on-demand for free from the PBS Video app and online starting May 12 through June 16.

The second episode, The Last Day, begins as DePalma and his team unearth what appear to be ejecta spherules – tiny beads of molten and vaporized rock created by an asteroid impact – some of which have been preserved in amber. A study of one of these spherules reveals a speck of rock that is reportedly a chemical match to the asteroid itself.

Nearby, the team uncovers what could be the leg of a small, herbivorous dinosaur called a Thescelosaurus – a creature DePalma thinks may have experienced the deadly events triggered by the cataclysmic impact firsthand. If confirmed by further research, this would be the first time a fossil of a dinosaur killed by the asteroid impact has been uncovered.

Drawing on their examinations of the fossils, the team starts to piece together the chain of events that devastated the planet. The episode culminates with a blow-by-blow CGI visualization of the destruction – earthquakes, fire, and a devastating surge wave that entombs and preserves the creatures found at the dig site. 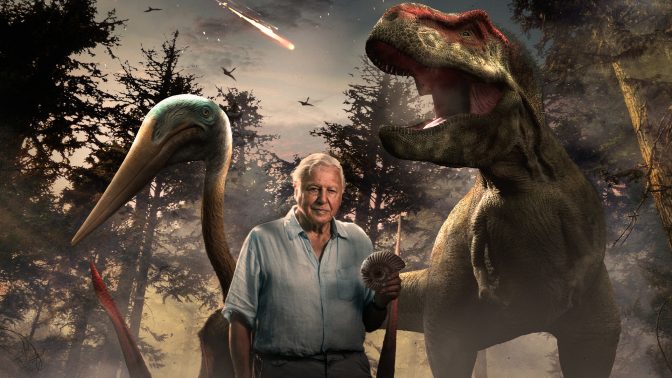 In both episodes, Attenborough examines some of the found fossils with leading experts and follows the dig team as they carry out cutting-edge visualization and scanning techniques to reveal fossilized secrets invisible to the naked eye. Stunning CGI storytelling, based on the evidence found by DePalma and his team, transports viewers back in time to the Late Cretaceous Period and brings the era’s creatures to life.

Interwoven with expert interviews that provide scientific context throughout, the special follows Attenborough on a search for clues that may provide an unprecedented window into the last days of the dinosaurs and new insights into what happened after the Chicxulub asteroid collided with Earth.

As horrific and devastating as that day was, Attenborough reminds us that if the asteroid had not ended the dominance of dinosaurs, tiny mammals likely would not have evolved into the amazing variety of creatures that now populate Earth–including us.

And he reveals one final rare piece of evidence from the North Dakota site: the fossilized feather of a dinosaur. It’s a reminder that the dinosaurs did not all go extinct when the asteroid hit. Avian dinosaurs survived, evolved, and still live among us today – as birds.