“It could’ve been President Obama calling — I was going to answer it. I was ready for the call whoever it was.” 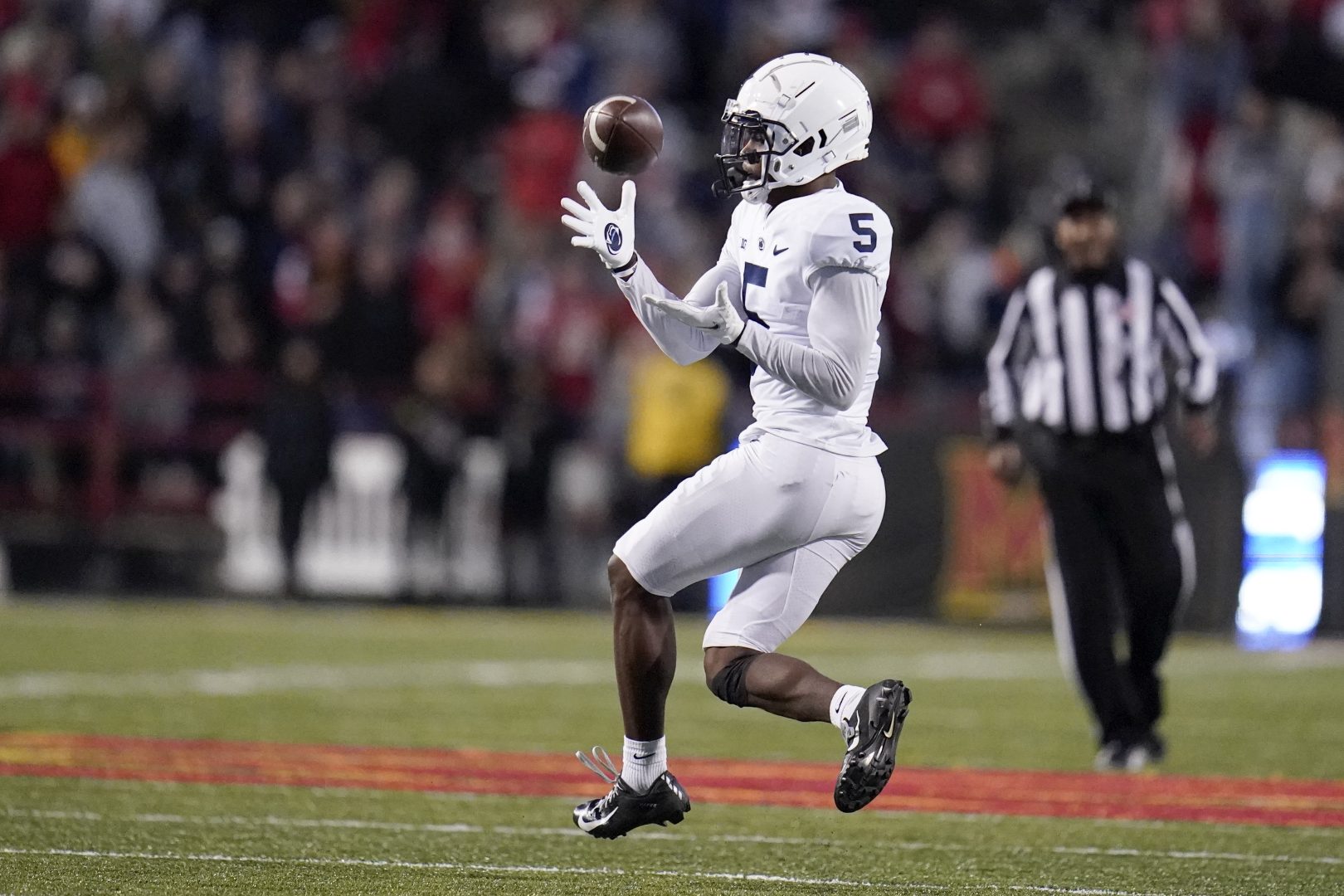 (Ashburn, Va.) — The NFL draft played out like Washington hoped, allowing the Commanders to get another offensive threat for new quarterback Carson Wentz and a wide receiver to take some heat off Terry McLaurin after trading down in Thursday night’s first round.

The Commanders moved down to the 16th pick and selected Penn State’s Jahan Dotson, a speedy, shore-handed pass-catcher who can make up for what he lacks in size with playmaking ability. Coach Ron Rivera said Dotson is a “polished receiver right now who’s ready to go.”

“We want to make sure there are weapons around Carson,” Rivera said. “We’re going to put him on the field an awful lot.”

Washington felt good enough about Dotson to trade the 11th pick to New Orleans with Chris Olave available. The Saints took the Ohio State receiver, and the Commanders added a third- and a fourth-round pick.

General manager Martin Mayhew said there were opportunities to move back even further in the first round. The front office even entertained moving down again and had a handful of teams call after deciding to take Dotson.

“The move back was something we’ve been talking about for a few days,” Mayhew said. “We felt like we needed more picks coming into this draft.”

Dotson wasn’t expecting to go so high and was busy watching the NBA playoff game between the New Orleans Pelicans and Phoenix Suns when Rivera called.

“It could’ve been President Obama calling — I was going to answer it,” Dotson said. “I was ready for the call whoever it was.” 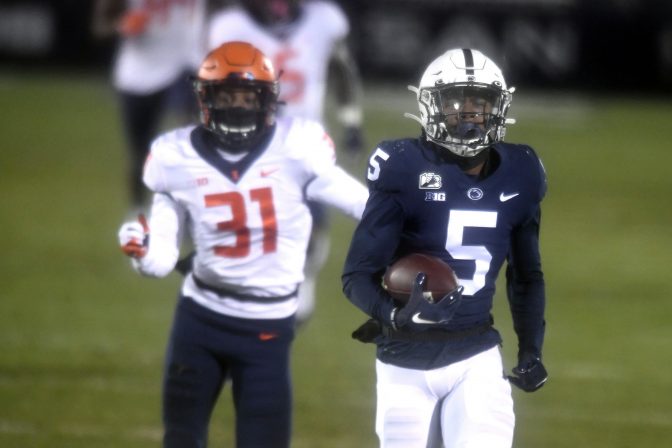 Penn State wide receiver Jahan Dotson (5) scores a touchdown on a 75-yard pass in the first quarter of an NCAA college football game in State College, Pa., on Saturday, Dec. 19, 2020.

Going in the first round validated Dotson’s decision to return for a senior season. Now he hopes to prove the Commanders right for passing on more highly touted options to take him.

“One of my biggest traits of my game is my versatility to be able to play anywhere: to be able to play outside, play inside,” Dotson said. “I’m excited for the opportunity and can’t wait to see what (offensive coordinator Scott) Turner has in store for me.”

The trade for the 98th and 120th picks allowed the Commanders to recoup some assets after giving up a third-rounder in the deal to acquire Wentz from Indianapolis.

He said his goal for 2021 was becoming a more complete receiver. He also wanted to avoid drops, which should be music to Wentz’s ears if that positive trend picks up.

“That was a big thing for me coming into my senior year: just noticing the things that I wasn’t doing well my junior year and just fixing those things and perfecting my craft,” Dotson said. “That’s something that I talk about with my dad all the time is just make sure you perfect your craft, be really good at the things you’re good at and improve on the things that you’re not good at.”

Dotson joins a receiving corps headlined by McLaurin and also including Curtis Samuel and 2021 pick Dyami Brown. He and McLaurin played against each other in college and could be a dynamic duo in the pros.

“One of the most underrated receivers in the league, in my opinion — a guy that just produces every single year,” Dotson said of McLaurin. “You don’t hear much about him. He just comes about his work every single day, so I can’t wait to get to work with that guy and really just learn from him.”

The Commanders traded down in the first round for the first time in six years, when the previous regime run by president Bruce Allen and coach Jay Gruden took receiver Josh Doctson out of TCU with the 22nd pick in 2016.

After making the trade with the Saints, the Commanders have two picks Friday night, one each in the second and third round (47 and 98). They also have five Day Three selections.

Rivera said the next goal is to find players to protect Wentz and also acknowledged there are needs on defense, too.

“We have six more picks to go, and we’re going to keep that in mind,” he said.