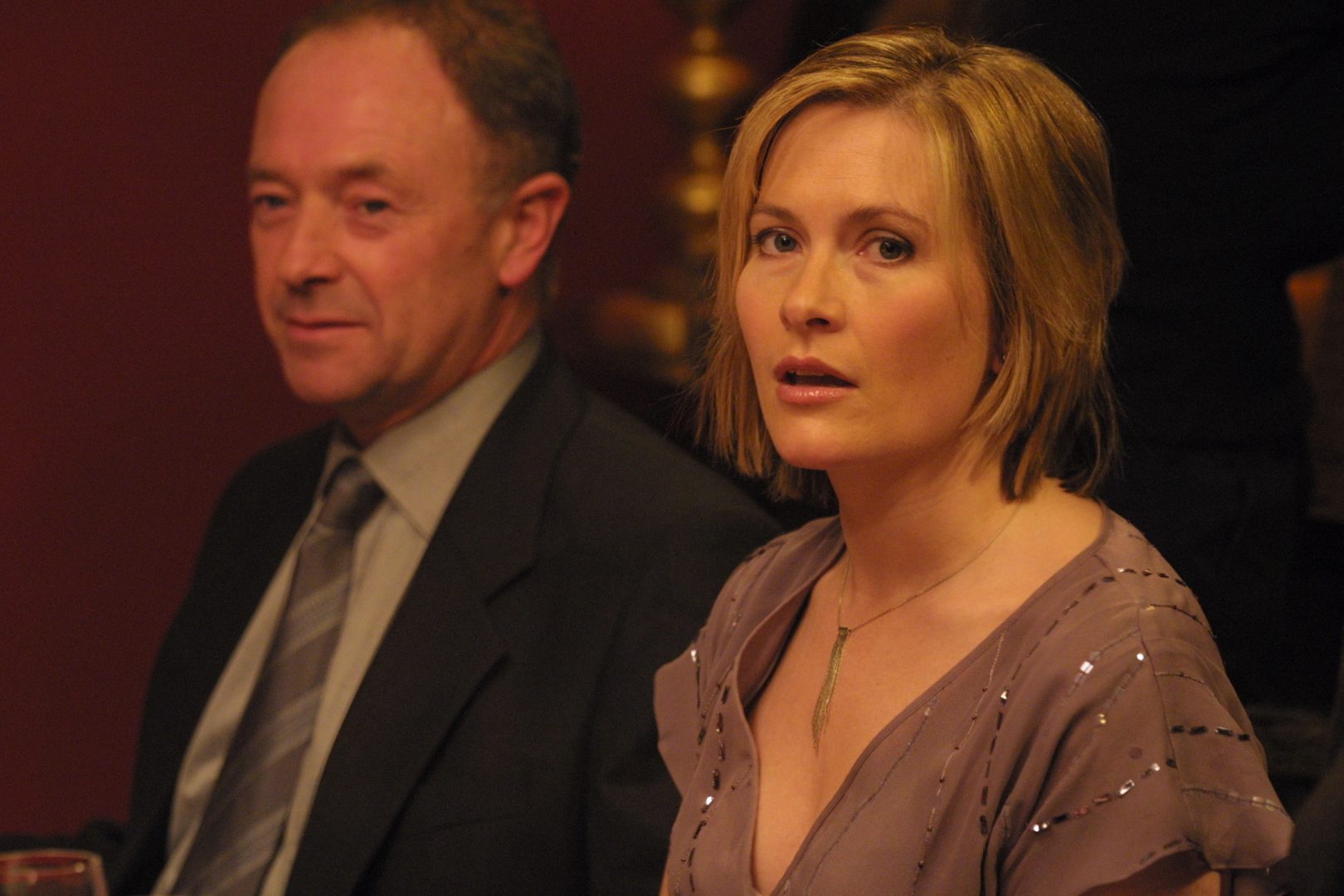 Two people, brought together in the most unusual of circumstances with a three part drama series Alibi on WITF.

It is written by Paul Abbott, one of the UK’s most acclaimed screenwriters – best known for his hit series including Cracker, Touching Evil, Clocking Off and Reckless.

Part 1 – Greg Brentwood throws and extravagant anniversary party for his wife, Linda, at their house. Later that night, Marcey, one of the caterers, returns to the house to retrieve her handbag and walks in on a frightening scene: Greg moving the dead body of his business partner, Martin.

Part 2 – As Greg becomes more and more neurotic, Marcey gives him valium to calm his nerves. Linda hires Marcey as a temp worker at Greg’s business, where Marcey uncovers some startling information in his books.

Part 3 – Linda grows suspicious when she learns that Marcey was in the taxi that found Martin. Marcey abruptly quits her job and tries to warn Greg, but a confrontation between Greg and Linda now seems inevitable.

Find all three episodes of Alibi available to watch on-demand through WITF Passport beginning May 1. Learn more about getting WITF Passport by becoming a member of WITF today!

The series will also broadcast Sunday nights at 10pm beginning May 1.