Josh Shapiro’s vast donor base has helped position him to enter the general election campaign flush with cash.

Pennsylvania Election Day 2022: See how much money Democrat Josh Shapiro has raised in the race for governor 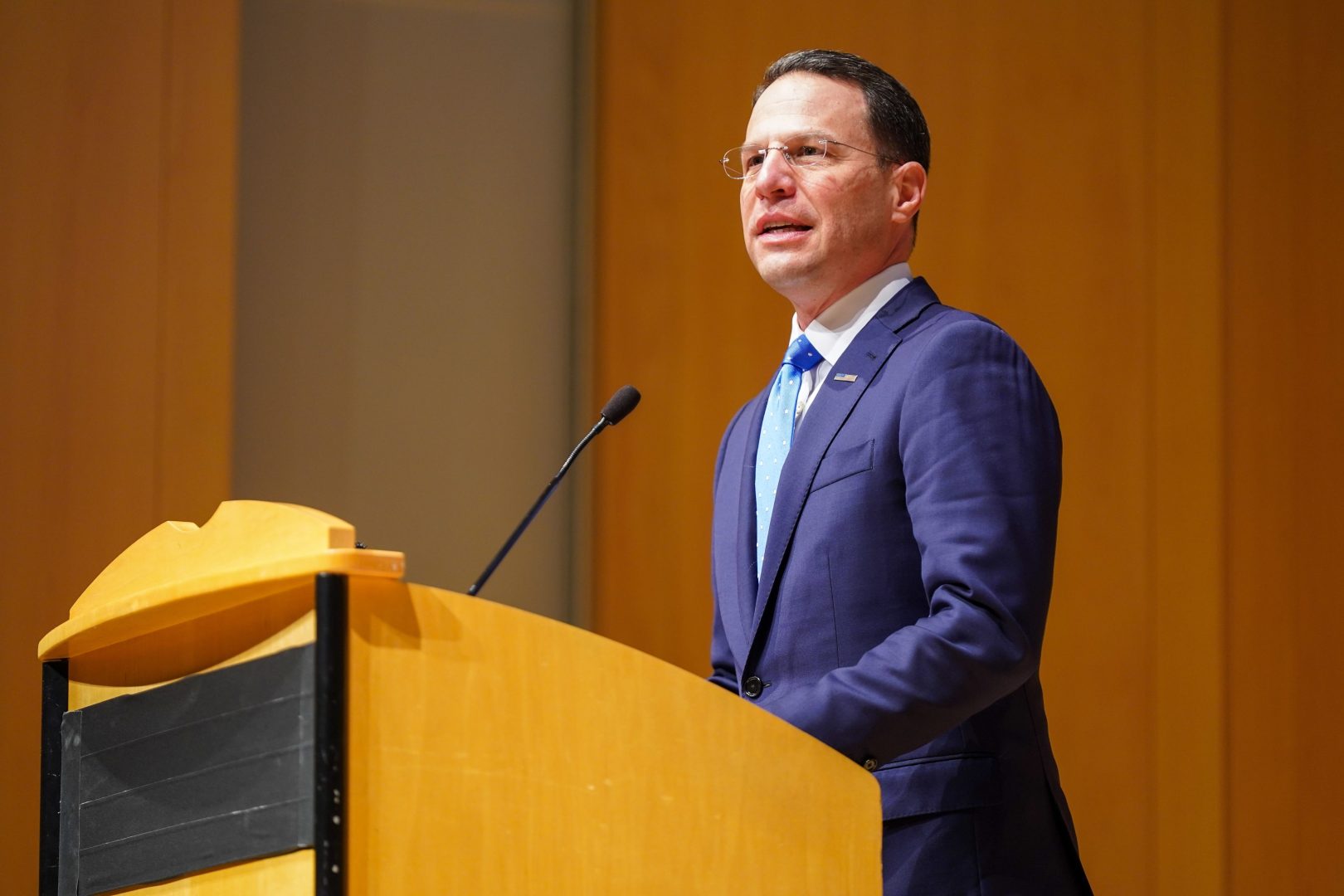 Josh Shapiro’s vast donor base has helped position him to enter the general election campaign flush with cash.

(Harrisburg)— Democratic gubernatorial candidate Josh Shapiro has raised nearly $18 million in campaign contributions over the past 15 months  — more than all nine of his potential Republican opponents combined.

From labor unions in Pennsylvania to a Democratic megadonor in California and philanthropists in New York, Colorado, Indiana, and Oklahoma, Shapiro’s vast donor base has helped position him to enter the general election campaign season flush with cash.

Unlike the GOP hopefuls who are depleting their campaign accounts fighting for supremacy in a crowded field, Shapiro does not have a Democratic challenger. That has given the current attorney general the chance to avoid a frenzied spring of politicking and instead focus on wooing traditional — and a few unexpected — donors ahead of a fall race that could break campaign spending records in the state.

That lack of opponents has also allowed him to avoid spending much of the money he’s raised, campaign records show, leaving him with a cash balance of just over $16 million at the start of April. In contrast, the GOP candidates began the month with far less money on hand. Former U.S. Attorney Bill McSwain had the most available, with $1.7 million in his campaign account.

Still, large national groups such as the Democratic and Republican governors associations have yet to start pouring money into Pennsylvania, a key battleground in both the 2022 midterm and 2024 presidential elections. Such infusions of cash could swiftly change Pennsylvania’s fundraising landscape after the May primary.

Also a potential game-changer in the coming months: so-called independent expenditures by people or groups who can’t coordinate with campaigns, but who can still spend money on television ads, mailers, and other materials that can help a specific candidate.

>> READ MORE: See how much money the GOP candidates for governor have raised

The stakes are high. The person who wins the governor’s office sets the state’s political and policy agenda and has the power to appoint cabinet members with broad authority, including election oversight. Depending on which party controls the legislature, the outcome of the governor’s race could profoundly alter the future direction of Pennsylvania.

Muhlenberg College political analyst Chris Borick said he is unsurprised by the volume of money and outside interest in this year’s governor’s race. For starters, he said, modern political history in Pennsylvania does not favor Democrats: Voters here have alternated between electing Democrats and Republicans to the state’s highest office over the past few decades. If that tradition holds, a Republican would be set to succeed outgoing Democratic Gov. Tom Wolf — and reversing it will take work and money.

Borick also said Democrats appear unlikely to win control of either legislative chamber in the fall election. As a result, they are focusing their efforts squarely on maintaining control of the executive branch, if for no other reason than to provide a check on the legislature’s actions.

Anne Wakabayashi — who works for The Win Company, a Democratically-aligned media consulting firm — said that check is paramount.

“With the GOP legislature that we have that is attempting to pass laws that would make us look more like Texas or Florida, the governor’s veto pen is just so important,” Wakabayashi said, adding that out-of-state donors who understand Pennsylvania’s role as a key swing state recognize the power of the veto.

Shapiro’s last two campaign finance reports number more than 4,000 pages and include contributions ranging from less than $50 to $1 million each from three wealthy, out-of-state donors: Karla Jurvetson, a philanthropist and a major Democratic contributor from Silicon Valley; Bill Harris Jr., the one-time head of PayPal and founder of a financial technology company near San Francisco; and physician Jennifer Duda from California’s Menlo Park.

An array of Pennsylvania-based unions and their parent affiliates have also contributed heavily to Shapiro’s campaign, collectively donating more than $3.7 million since the start of 2021.

The Greater PA Carpenters PAC in Philadelphia tops the list of union donors so far, giving Shapiro $500,000. The union representing Pennsylvania educators, and the union representing mechanics and heavy equipment operators in the construction industry, came in second with $400,000 each in contributions, campaign records show.

Yet with more than six months left before the general election, it is Shapiro’s individual donors who stand out for their six-figure contributions.

Billionaire Thomas Hagen, the board chair of Erie Indemnity Company who was ranked 951st on Forbes’ list of richest people in the world as of April 27, gave Shapiro $500,000 in two separate donations last year, according to campaign records.

Middleton is a longtime supporter of GOP candidates. A decade ago, he was one of former Republican Gov. Tom Corbett’s largest donors.

Also included are more expected supporters, such as Wolf, a known Shapiro supporter.