Neither CASD Superintendent Dion Betts nor board president Mark Schur would confirm why the mural had been painted over, and on whose instruction. 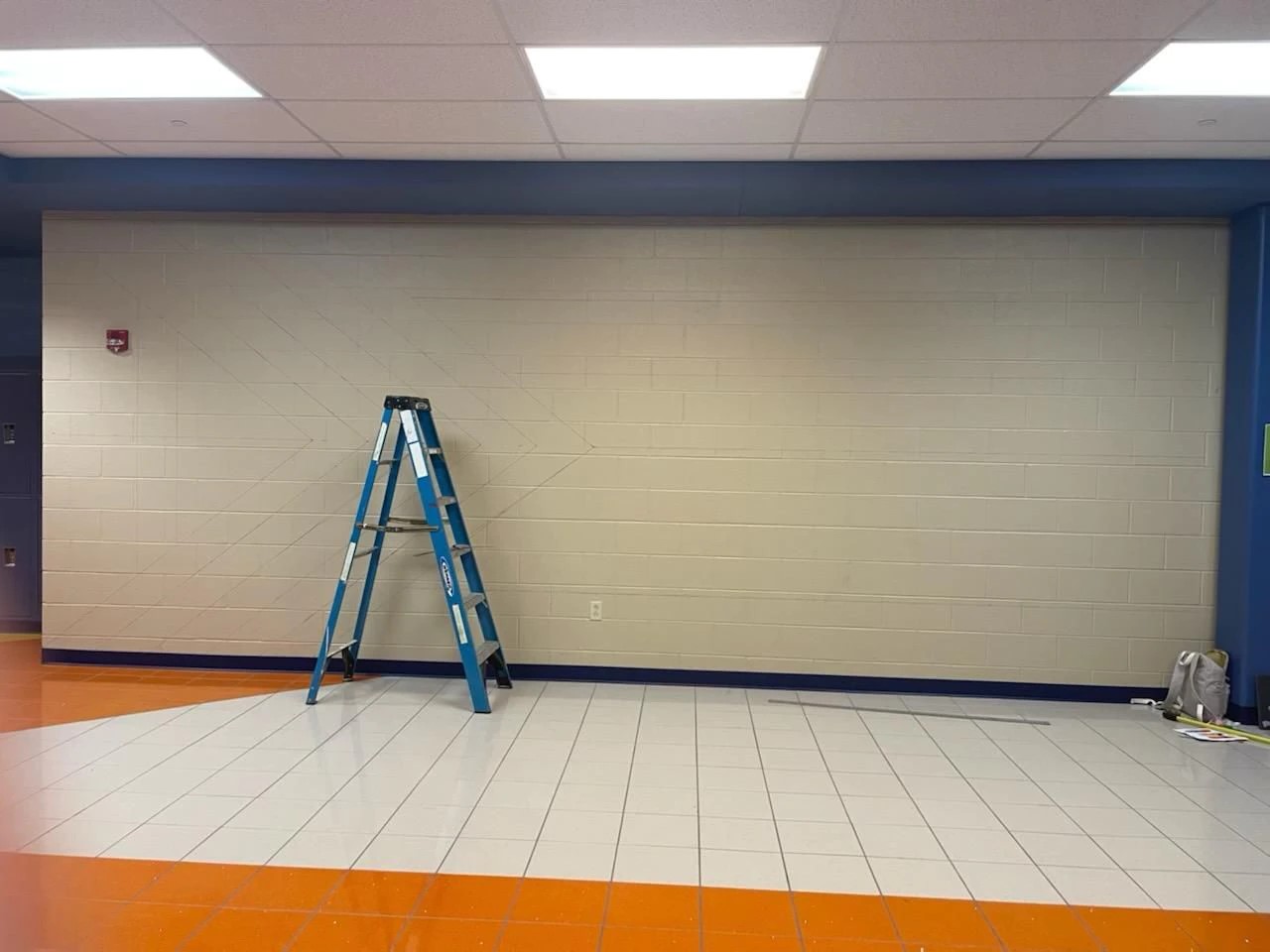 Students and parents in the Chambersburg Area School District (CASD) want the district to make public why it painted over a partially completed student mural at the high school that featured an LGBTQ+ pride flag.

Students, parents, and community members turned out at the school district board meeting Tuesday night to voice concern over the situation and the district’s lack of details regarding the incident.

However, neither CASD Superintendent Dion Betts nor board president Mark Schur would confirm to a PennLive reporter at the meeting why the mural had been painted over, and on whose instruction.

“I heard rumors on Sunday night from a friend, but I didn’t know if it was true until I walked in,” Bryant said. “They didn’t even try to reach me.”

According to Heather Bryant, Oliver’s mother, Ocker told her the mural had been covered on the instruction of Betts due to the superintendent’s political concerns, an assertion made by several others with knowledge of the matter.

“[Ocker] said he was told by the superintendent that the district needs to remain neutral on political and religious matters,” Heather Bryant recalled. Her requests to speak directly with Betts have gone unanswered, she said. 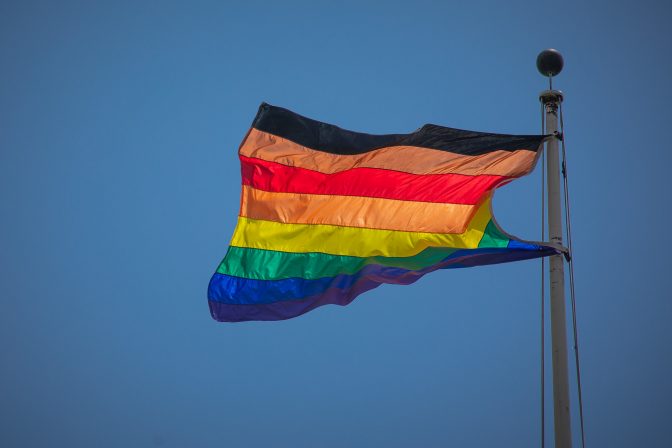 According to Oliver Bryant, his art teacher solicited students for new mural ideas earlier this year, and he and another student presented designs. The second student’s work also was painted over at the same time, although Heather Bryant said she was told by Ocker that this was in error, and that only Oliver’s work was to have been concealed.

Posts on the Facebook page for the Franklin County chapter of Moms for Liberty, a conservative activist group, indicated that the group had been lobbying the school district to remove the mural.

“If the directive was [Betts’] alone, then I would like to caution the board that an administrator kowtowing to the members of Moms for Liberty is setting up a precedent that what they say goes,” Heather Bryant told the school board Tuesday.

At the outset of meeting, Betts read a prepared statement that “we are evaluating our policies and procedures for approving murals within our school buildings,” and that “we will make sure that any murals or other permanent changes to district buildings are approved consistent with an established process.”

Betts did not explicitly state that Bryant’s mural had violated any policy, or what that policy was, or who decided that a policy had been violated.

Following the meeting, Betts refused to answer any questions, even yes-or-no inquiries such as confirming whether he had instructed school staff to paint over Bryant’s artwork.

Schur said he had learned of the issue “a few days ago” via an email from Betts, who then approached this reporter and Schur to ask that Schur direct press inquiries to district public relations director Brian Miller.

In a response to an emailed list of questions from PennLive on Wednesday, Miller provided Betts’ prepared statement from the night before and said the district would be offering no further information.

Speaking after the meeting, board member Ed Norcross said that he had not been aware of the mural issue until Tuesday, and did not know what policy Betts was referencing in his statement.

That confusion was shared by those who attended Tuesday’s meeting, who voiced concern that the district seemed unable or unwilling to explain what had occurred.

“What is your policy regarding murals, and if you have a policy, where can one find it?” asked Chambersburg Area High School teacher Susan Shuff, who is also the advisor for the student Gay-Straight Alliance club. 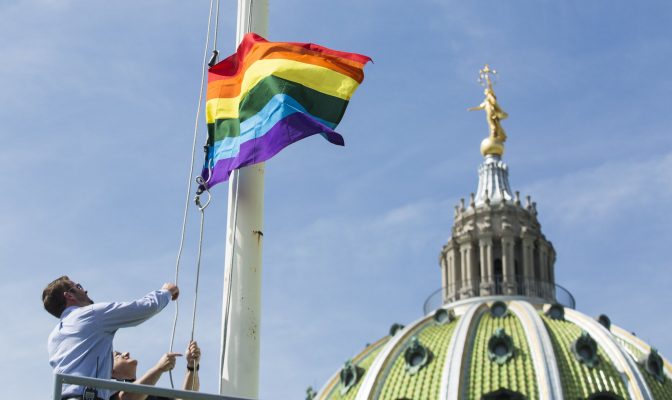 Several speakers noted that district schools have many murals depicting many different subjects. Allowing students to express their various interests in the form of wall murals and then putting that policy in doubt as those interests extend to LGBTQ rights, sends a clear message, Shuff said.

“With a few strokes of a paint roller you effectively sent the message loud and clear, that if you are different you don’t belong,” she told the board.

“I did not hear one solid reason about a policy, a law, that it violated,” district resident Herb Dolaway said regarding Betts’ statement on the mural. “As a school system you are to protect the rights of and include all students, no matter whether they’re the popular CASHS sports teams’ students or whether they’re a minority group of students.”

Even some of those who did not think Bryant’s mural was appropriate said they were unhappy about how the district was dealing with the situation.

Although she believed Bryant’s mural should have never been permitted in the first place in order to “keep sexual lifestyles out of the public school system,” district parent Kristin Simmons said, “I do think it could’ve been handled a little differently and it could’ve been explained to the student who spent time sketching it before it was painted over just out of respect to him and his time.”

To Oliver Bryant, the pride flag mural was simply intended to promote tolerance.

“It’s not about sex, it’s not about pushing an agenda, this flag means these types of people are here and you need to have an open mind and an open heart,” Bryant said. “You don’t have to accept everything about it, but you have to be open enough to respect that minority group.”

Bryant was joined by several classmates, some of whom said they regularly face harassment over their sexuality.

“I’ve gone through school being called horrible things because I love outside of the normal societal views,” said student Elizabeth Kaufman.

While the majority of the roughly 30 people in attendance Tuesday were supportive of Bryant, a handful were opposed, with the difference of opinion stemming from residents who believed the LGBTQ+ flag was too controversial

“LGBTQ+ is more of a loosely connected political-slash-ideological organization,” said district resident Michele Jansen, who told PennLive after the meeting that “white, straight, especially males feel very intimidated by this” because the flag represents an “ideology [that] is putting them down.”

Jansen asserted that, while students “have bought into the idea that this [flag] just represents me who is a different kind of person,” it is being used by subversive groups to denigrate heterosexuals and promote “more extreme” sexuality, including pedophilia.

Jansen based this assertion on her knowledge of “queer critical theory,” which is “not anything I made up or [right-wing social media personality] Chris Rufo made up or Fox News made up,” although she acknowledged that she had not spoken about this alleged ideological agenda to Bryant or any of the other Chambersburg students.

“I have no idea what exactly those students believe,” Jansen said.

To the students themselves, such assertions about a broader political mission were dubious.

“Homophobia is a big issue in this school,” said student Madison Spencer, who said she endures homophobic slurs on a near-daily basis.

“Honestly I don’t think painting a flag on the wall is going to really impact the straight community,” Spencer said. “What it would do is allow, or at least give a visual representation that CASHS can or is at least trying to support these LGBTQ youth.”

“It’s not [political],” Spencer said, “it’s respect, and being represented in your school.”