Thirty states and Washington, D.C. have either implemented or are in the process of implementing sexual assault kit tracking systems. 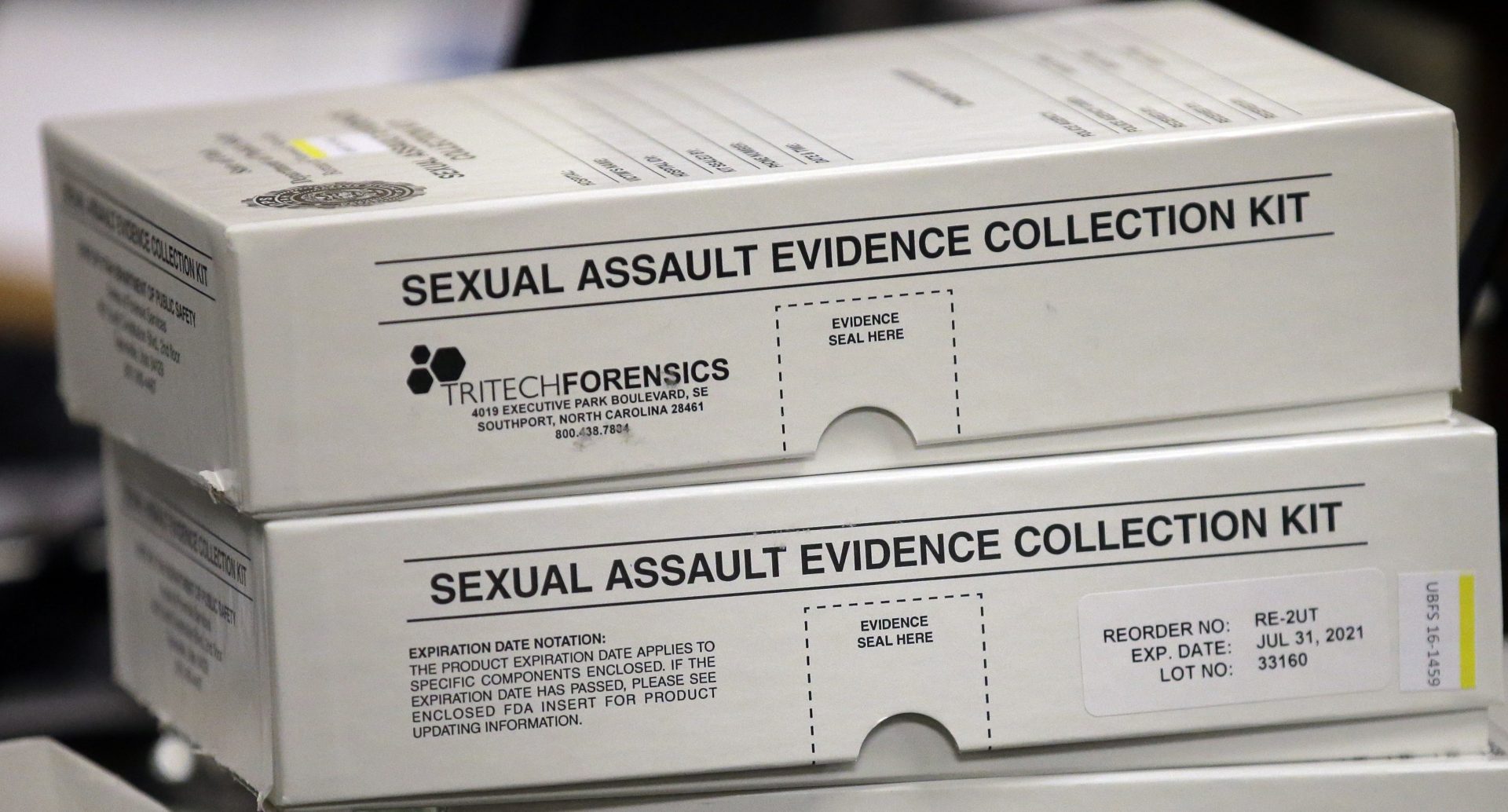 A year and a half after her sexual assault, Sarah still doesn’t know what happened to her rape kit, which is used by medical personnel to gather physical evidence of sexual violence.

In 2015, more than 1,800 rape kits collected in Pennsylvania had been sitting untested for at least a year.

Pennsylvania is not alone — backlogs have been reported across the country. Sometimes, police have destroyed kits after deeming allegations unfounded, or after accusing victims of not being cooperative.

Though progress has been made to address backlogs, many survivors are still waiting for answers months or years after they were assaulted. 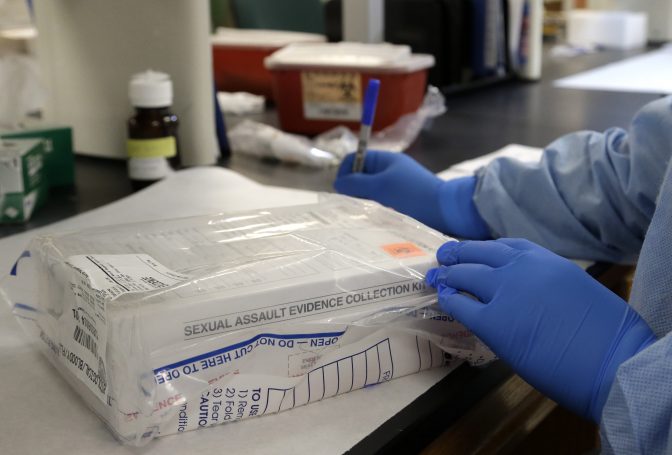 A sexual assault evidence kit is logged in in the biology lab at the Houston Forensic Science Center Thursday, April 2, 2015, in Houston.

Thirty states and Washington, D.C. have either implemented or are in the process of implementing sexual assault kit tracking systems. After introducing the legislation for the second term in a row, McClinton’s and Muth’s bills still sit in committee.

During a Wednesday morning press conference aimed at urging lawmakers to release the bill, Sarah spoke of the invasive and traumatizing experience she faced during her medical exam only to never know what happened to her rape kit.

“In the end, the horrors, the humiliation, the prodding, the exhaustion — none of that ended up mattering,” she said.

Only 25 out of every 1,000 rapists end up in prison, according to the Rape, Abuse & Incest National Network.

“Every sexual assault is more than a number. It’s a person, it’s a human, it’s a story, it’s a horrific experience, and it took me eight years to ever talk about my own,” said Muth, a survivor herself.

“Senate Bill 860 and House Bill 1848 would allow victims to be more empowered, and give them access to their evidence and updates on their case.”

Proponents of the legislation say it would provide transparency to sexual violence survivors, provide them timely status updates, and direct them to counseling services. It would also provide a mechanism for medical providers, law enforcement labs, and prosecutors to access evidence, and prevent future backlogs.

“It is unacceptable that so many who have survived these horrors of being sexually assaulted, of being victimized, and then being brave enough to come forward and go through a medical exam, which is invasive, that they don’t know where to go next for information. And sometimes they don’t hear anything about their case for months and months,” McClinton said.

“This tracking system is a critical step and moving us closer to bringing justice to even more survivors and ultimately ensuring that this Commonwealth of Pennsylvania never has a disturbing backlog again in the future.” 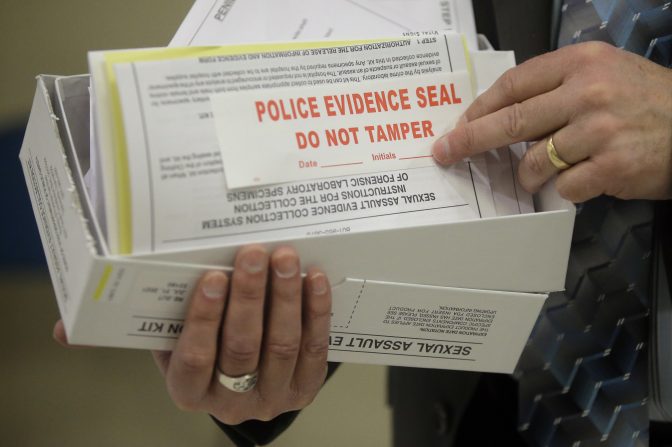 After surviving a sexual assault, a person should receive information about what to expect next, where to find services, as well as their rights to have the evidence tested and to make a report to law enforcement, said Donna Greco, public policy and legislative affairs director with the Pennsylvania Coalition Against Rape. However, survivors too often leave the hospital uncertain about what will happen next, she said.

“Today, there is no consistent mechanism to allow victims to obtain the status of what is happening with their kits and with their case. This can be agonizing for victims who have survived a traumatic event and have sought out medical care, and have done this despite many barriers, despite wanting nothing more than to go to bed, take a shower, and pretend the assault did not happen. This not knowing is agonizing and can compound the trauma they’ve already experienced,” Greco said.

LaQuisha Anthony advocacy coordinator at WOAR – Philadelphia Center Against Sexual Violence, also spoke of the trauma faced by sexual assault survivors, and the emotional toll of not knowing what the next steps are or whether justice will be served.

“Yes, progress in Pa. has been made with the backlogged kits being addressed. But I ask you what more can be done? What more can be done and what more can be offered to survivors? Are we ready to offer survivors a sense of decency and support?” she said. “I’ll say give survivors the ability to track pieces of them. It’s not just a kit. It’s actually a piece that was taken from them. We’ve had enough taken from us. They’ve had enough taken from them. So I ask you today to help, to give knowledge, to find out where those pieces reside.”