Ruins following the collapse of the St. Francis Dam

American Experience shares a story of hubris, power and the unending quest to bring water to Southern California 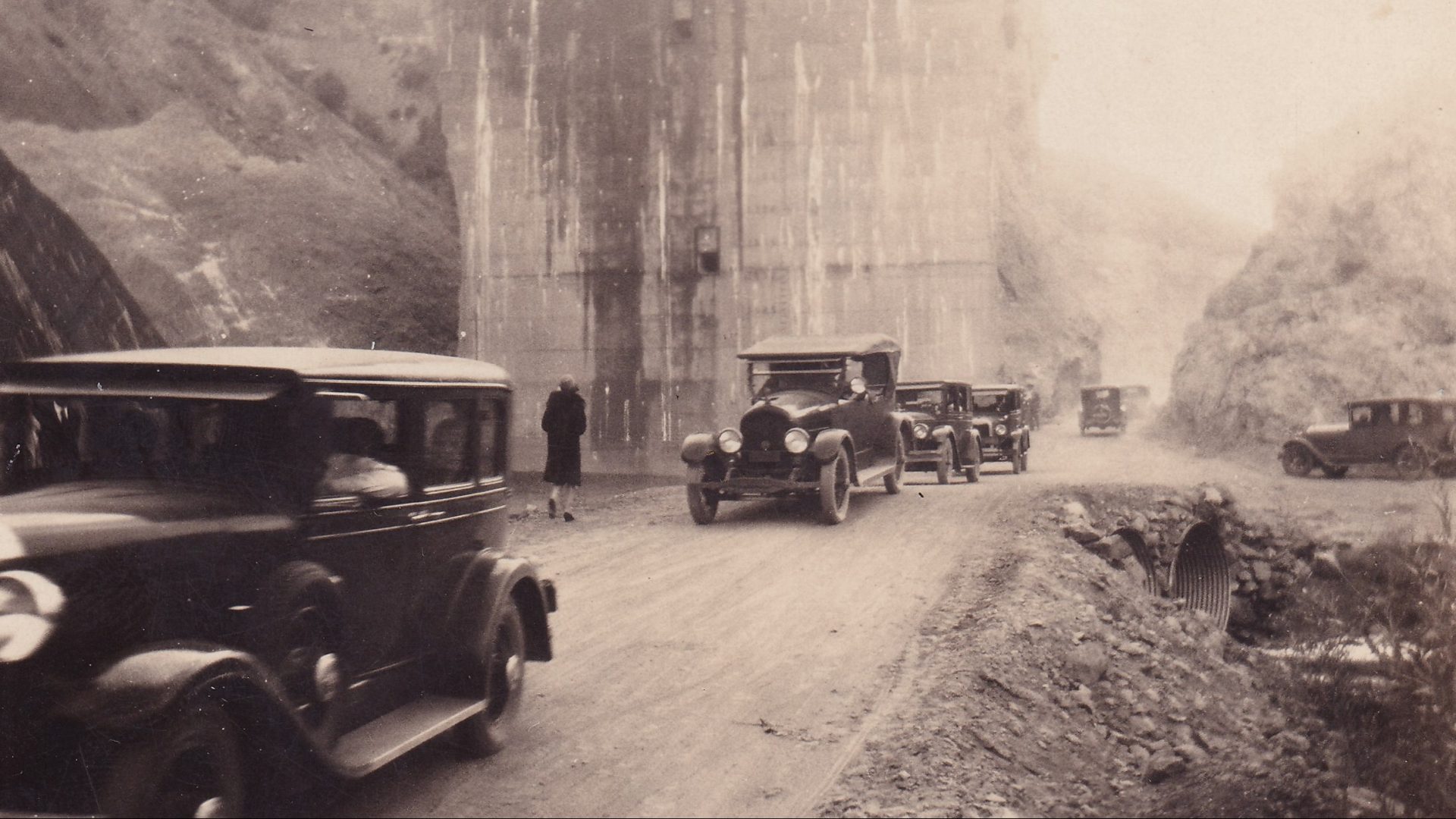 Ruins following the collapse of the St. Francis Dam

Watch American Experience: Flood in the Desert Tuesday, May 3 at 9pm, or stream it on-demand after its premiere through the PBS Video app or video.witf.org. It will be available to stream for free until June 1, 2022.

Just before midnight on March 12, 1928, 40 miles north of Los Angeles, one of the biggest dams in the country blew apart and released a wall of water 20 stories high.

William Mulholland was a self-taught engineer who had launched Los Angeles’ remarkable growth by building both an aqueduct, to transport water to the city, and the St. Francis Dam, which would hold a full year’s supply of water for LA.

But the collapse of the St. Francis Dam was a colossal engineering and human disaster that threatened a national project to tame the West and washed away Mulholland’s reputation, too. Within days, a concerted effort was underway to erase the disaster from popular memory.

Flood in the Desert features interviews with historians, engineers, and descendants of survivors of the tragedy. 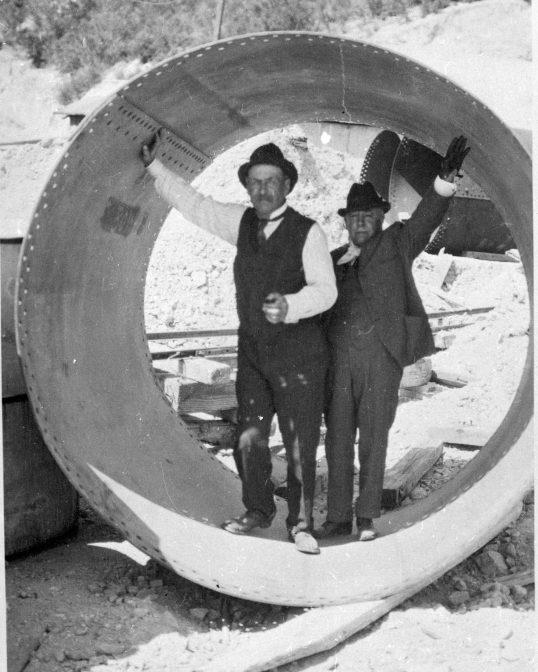 Although the Dam collapsed in 1928, the events that led to the disaster began in November 1913, when 40,000 Angelenos gathered to celebrate the opening of the Los Angeles Aqueduct. Celebrated as a wonder of the modern world, it would bring enough water to L.A. for 2.5 million people and supplied almost all the electricity for the city. With clean power and abundant water, the city’s future was bright.

The mastermind behind the project, William Mulholland, an Irish immigrant who had worked his way up from digging ditches for the city, became one of the most powerful and respected men in Los Angeles.

But the settlers at the source of L.A.’s water, in the Owens River Valley, were furious about how the city had secretly bought up their land and water rights. As Los Angeles prospered, the Owens Valley’s water was almost completely gone, and their farms and towns withered.

By the early 1920s, Southern California was suffering from years of drought, and the aqueduct flow had been cut in half. Mulholland saw no option but to take even more water from the Owens Valley to avoid water shortages in L.A.

The anger in Owens Valley grew even deeper and provoked citizens to act. They blew up sections of the aqueduct, opened valves to release water, and demanded reparations. A long, violent conflict ensued, which became known as “California’s Little Civil War.”

Although the valley residents saw themselves – and were portrayed by the press – as victims, the white settlers of Owens Valley had displaced the Northern Paiute people in the 1850s and 60s. The Paiutes had lived in the Valley for thousands of years, sustained by elaborate irrigation systems they build over centuries.

The settlement of the Valley had been brutal, but in the conflict between the settlers of the Owens Valley and Los Angeles, the fate of the Paiutes was largely forgotten.

Watch American Experience: Flood in the Desert Tuesday, May 3 at 9pm, or stream it on-demand through the PBS Video app or video.witf.org. It will be available to stream for free until May 4-June 1.

As the massive St. Francis Dam was being built to store water for L.A., Mulholland was distracted by plans for an even bigger project: the Hoover Dam. As a result, St. Francis Dam was designed with almost no oversight. Mulholland even modified the design on the fly, adding 20 feet to its height without widening the base – a change that would have catastrophic consequences.

On March 12, 1928 – just five days after the reservoir was filled for the first time – a wall of concrete 20 stories high collapsed and released 12 billion gallons of water. A 120-foot wave crashed down the canyon, demolishing everything in its path.

The flood killed almost everyone who lived in the small community at an electrical generating station along the aqueduct. The floodwaters ripped through the Santa Clara River Valley. Town after town was destroyed, and almost 400 people were killed. Because so many migrant workers and their families lived in the area, the exact toll will never be known. 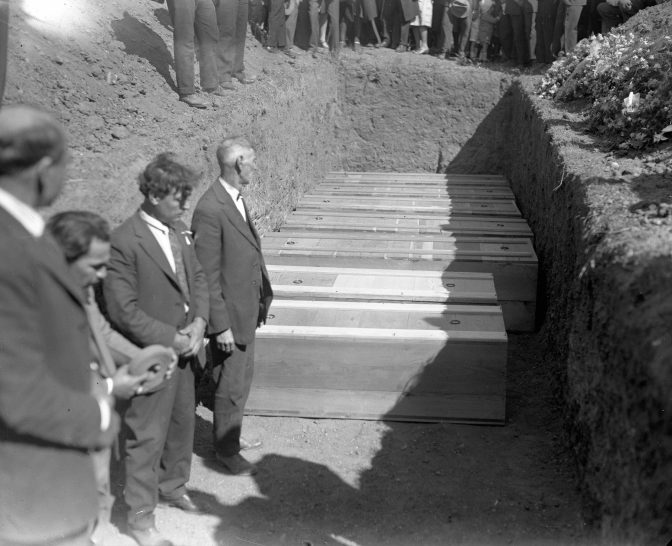 The St Francis Dam collapse was the worst civil engineering disaster in American history, and it occurred on the eve of a Senate vote to fund the Hoover Dam.

Mulholland accepted responsibility for the disaster and retired in the fall of 1928. A few weeks later, the Senate approved funding for the Hoover Dam. Mulholland died on July 22, 1935 – two months shy of the dedication of the Hoover Dam.

Almost a century later, Los Angeles still wrestles with the challenges of sustaining an ever-growing metropolis in an inhospitably arid climate.

“We’re going to have to learn to manage our resources – most particularly water,” says author Jon Wilkman. “Where are we going to get it from? What are we going to do with it? This story, as little known as it is, is a warning.”

Watch American Experience: Flood in the Desert Tuesday, May 3 at 9pm on WITF TV, or stream it on-demand from the PBS Video app or at video.witf.org. On-demand streaming will be free through June 1, 2022.

WITF Passport members have extended on-demand access to this and other American Experience documentaries. Learn more at witf.org/passport.