The Pennsylvania Capitol is lit at night in the yellow and blue colors of the Ukrainian flag in solidarity with Ukraine amid the Russian invasion, Saturday, Feb. 26, 2022, in Harrisburg, Pa.

Pennsylvania Lieutenant Governor: A guide to the 2022 primary and candidates 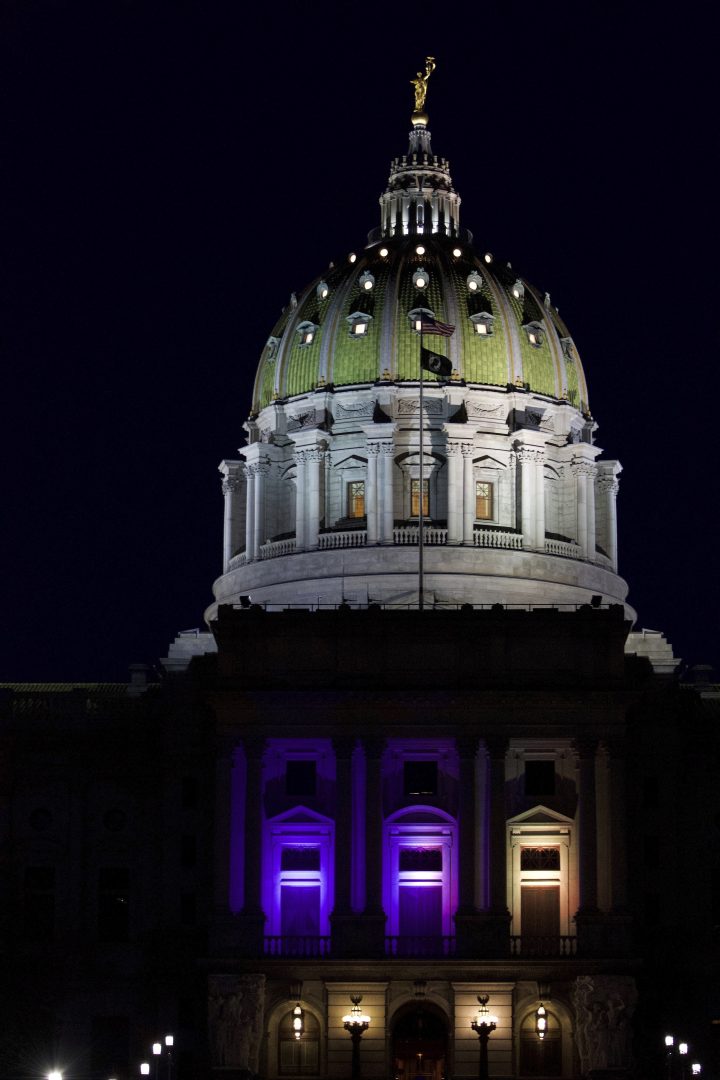 The Pennsylvania Capitol is lit at night in the yellow and blue colors of the Ukrainian flag in solidarity with Ukraine amid the Russian invasion, Saturday, Feb. 26, 2022, in Harrisburg, Pa.

What’s at stake : The lieutenant governor’s office doesn’t have a long list of official responsibilities, but the role’s gravity transcends its historically low profile (scandal and star power notwithstanding). In addition to refereeing the state Senate, the LG chairs the Board of Pardons and the Pennsylvania Emergency Management Agency. The job also requires keeping tabs on local government agencies across the diverse, massive Keystone State. All those tasks have amassed more import in recent years since the role’s relevance was questioned. And the position’s significance seems poised to grow on the heels of the pandemic and a chaotic 2020 election (and startlingly unaffected redistricting process) — not to mention the Board of Pardons’ significance in desperately needed criminal justice reforms. And, maybe, this year’s winner will someday be needed to cast the Senate’s tie-breaking vote. 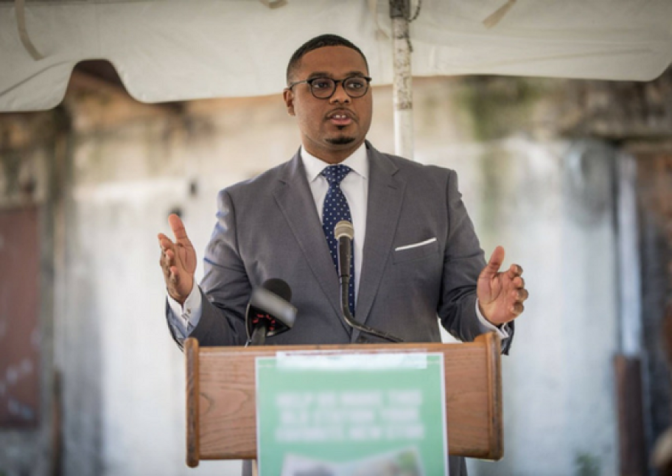 Courtesy Of Friends Of Austin Davis

Davis’s war chest dwarfs that of the Republican field, at least as of the last campaign finance report filing deadline on April 5. Paired with Attorney General and Democratic gubernatorial nominee Josh Shapiro, Davis, 32, hails from McKeesport and has spent much of his life in politics and the Pittsburgh area. Davis was the first Black state representative elected from his district in 2018, and he would be the state’s first Black lieutenant governor if he wins this race. 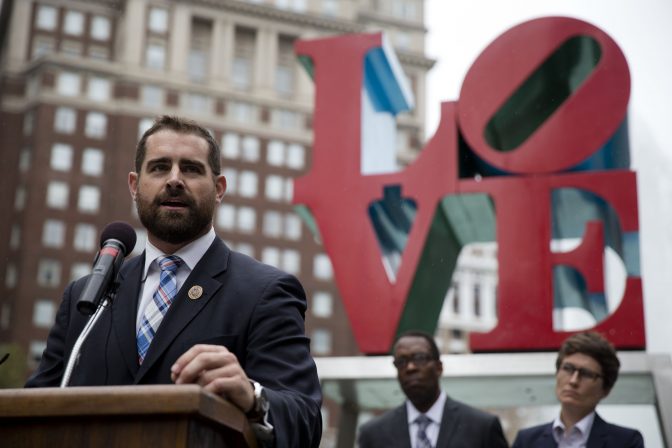 Sims made history as Pennsylvania’s first openly gay state legislator when he was elected more than a decade ago to represent Center City Philadelphia in the state House. He’s spent those years in the House of Representatives, not the Senate —where he would run voting sessions as lieutenant governor. Opponents say Sims’s quick temper makes him ill-suited for that part of the job, but supporters defend his record. Sims settled in Philly after law school in Michigan and a peripatetic upbringing by two parents who are Army officers. 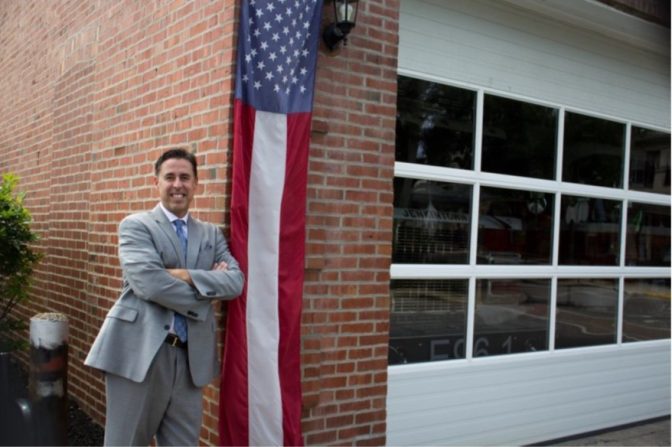 Sosa has run for lieutenant governor before, and is adamant about the importance of the office. Sosa has criticized current Lt. Gov. John Fetterman, a fellow Democrat now running for Senate, for his handling of the pandemic as head of PEMA. More broadly, Sosa critiques the practice of using the position as a launching pad to higher office through the years. Sosa, who’d be the first Latino lieutenant governor in Pennsylvania if elected, is a finance and insurance consultant and has lived in suburban Philadelphia for more than a decade. 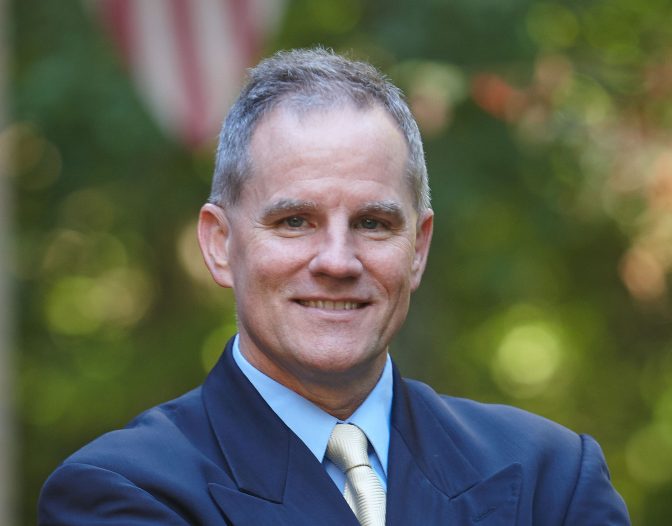 Brown’s tenure in local government started in 2009 when he ran for mayor of Bangor, Northampton County, after a career in banking and pharmaceuticals. He says his years in the borough’s highest office, as Northampton County Executive, and his time on Northampton County Council have prepared him well for keeping the peace during state Senate debates. As Board of Pardons chair, he would similarly lean on his experiences overseeing the implementation of Northampton’s re-entry program and enhanced law enforcement training protocols. 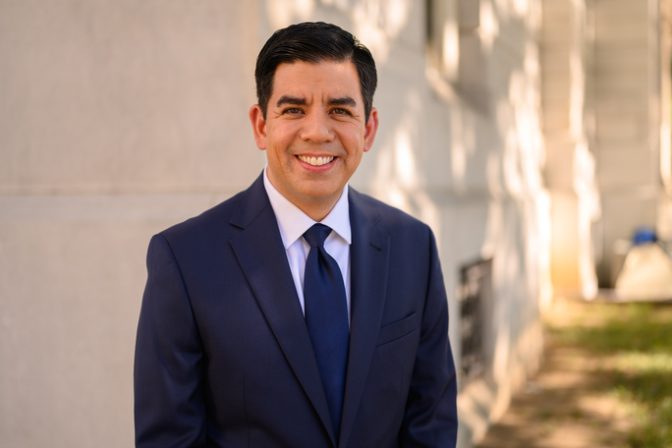 Coleman previously served nearly two terms as a state rep out of Western Pennsylvania, after ousting a 12-year incumbent to win office at age 25 in 2000 and then leaving office early to host a political radio show. The political consultant says he’s running to help restore civility and substantive (vs. performative) debate on the Senate floor. Of the Republican candidates, he’s reported the most campaign cash on hand as of this writing.

Daniels cut his political teeth supporting former President Donald Trump, including organizing during Trump’s re-election campaign and the insurrection on Jan. 6. Daniels, who recently filed an unsuccessful redistricting lawsuit, hasn’t submitted campaign finance disclosures for this race yet. But he’d raised more than half a million dollars for his Congressional run in 2020 and another he’d started before deciding to seek state office instead. The 47-year-old U.S. Army veteran had a controversial law enforcement career and more recently started his own security consultancy targeting the cannabis industry. Daniels, who played football at West Virginia University, is from Montgomery County and lives in Wayne County. 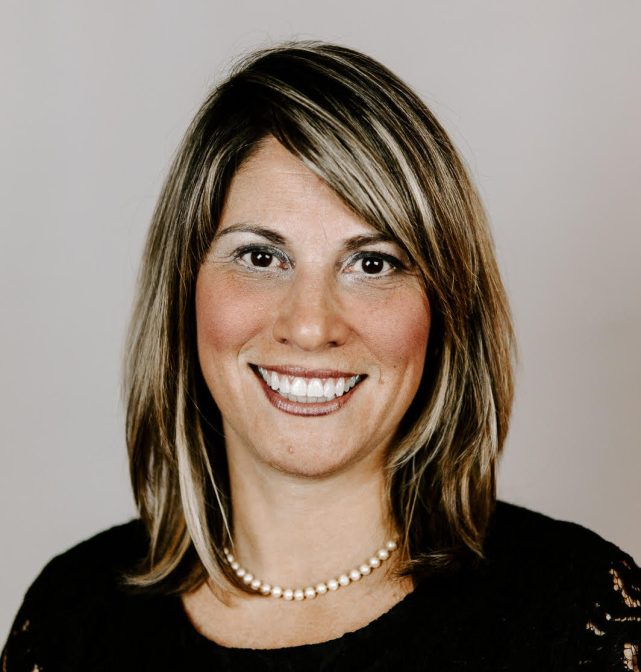 DelRosso is still in her first term in Harrisburg representing Pittsburgh’s northeast suburbs after defeating longtime incumbent House Minority Leader Frank Dermody. (DelRosso, a Republican, was drawn out of that district by a new map of House political boundaries.) She was likewise in her first term on Oakmont Borough Council when she launched her statehouse bid. The 46-year-old Scranton native previously ran her own public relations firm, counting Pittsburgh-area school districts, local governments, nonprofit organizations, and small businesses among her clients. DelRosso, who has two children, has said motherhood has prepared her for keeping the peace during state Senate sessions. 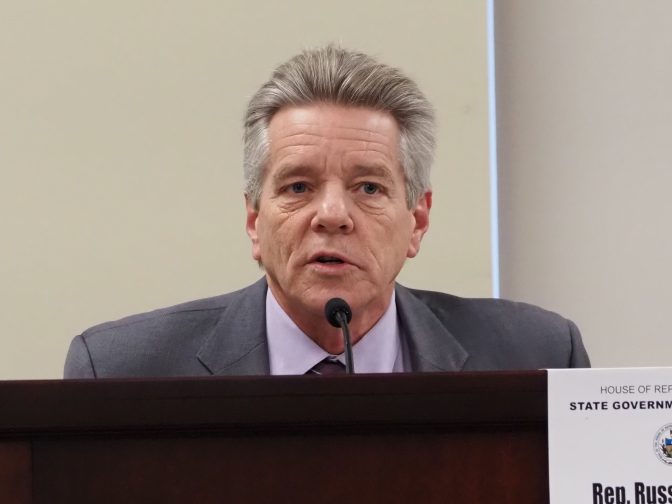 Diamond’s political career went mainstream in 2014, when he weathered domestic violence accusations and the local GOP’s demand to quit to win a statehouse seat on the Republican ticket after losing as a Libertarian for nearly a decade. Spurred by the state’s midnight pay-raise scandal of 2005, Diamond got into politics after years of running his Raintree Multimedia in Annville, Lebanon County. In recent years, Diamond staunchly opposed mask mandates during the pandemic, and professed ignorance about the insurrection when questioned days later regarding election disinformation he and other Pennsylvania Republicans had amplified. 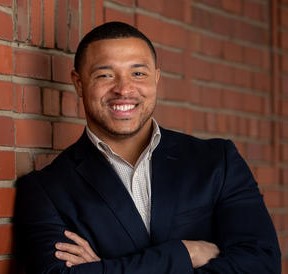 Frye is the first Black mayor of New Castle, Lawrence County (pop. 22,000). Before winning election in 2020, the career social worker was overseeing multiple grants and collaborations for the county’s Community Action Partnership. Frye also did a post-grad school stint with U.S. Pretrial and Probation Services as a workforce development specialist, which he’s said suits him particularly well to lead the Board of Pardons. The lifelong Republican, 33, also pointed to his experience in local government as a strong qualification. If elected, Frye would be the state’s first Black lieutenant governor. 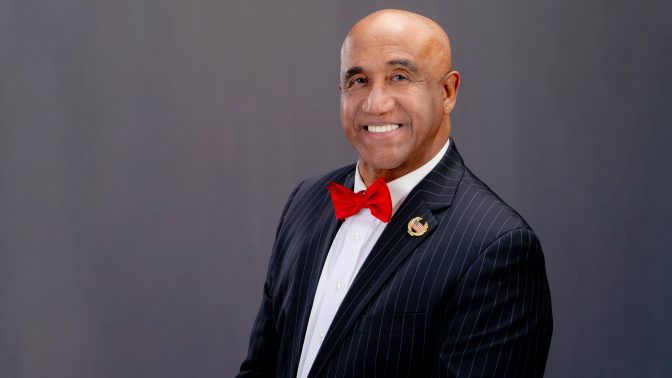 Jones has run twice for Congress — in 2010 and 2016 — in Pennsylvania, where he’s lived for more than two decades. His oil and petroleum products trading business, Silverback Commodities, is headquartered in Philadelphia; Jones lives in Montgomery County. He grew up in Arkansas, joined the U.S. Navy and served for nearly 20 years. Like Democrat Austin Davis and fellow Republican Chris Frye, Jones would be the state’s first Black lieutenant governor if elected. 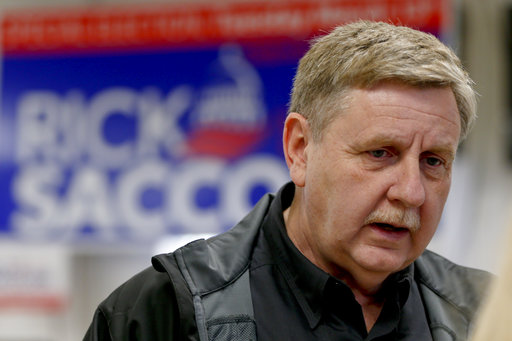 Republican Rick Saccone, talks with supporters at a campaign rally on Monday, March 5, 2018 in Waynesburg, Pa. Saccone is running against Democrat Conor Lamb in a special election being held on March 13 for the PA 18th Congressional District vacated by Republican Tim Murphy. (AP Photo/Keith Srakocic)

Following careers in broadcasting and the military as an officer and civilian/consultant, Saccone represented southwestern Pennsylvania for eight years in the state House of Representatives. Saccone lost two bids for Congress in 2018, an opportunity created by a lawsuit-prompted, off-schedule redistricting in Pennsylvania. He re-emerged in the public square on Jan. 6, 2021, when he posted Facebook videos of himself at the insurrection. While it was determined he hadn’t actually entered the U.S. Capitol building, Saccone resigned his professorship at Saint Vincent College after the school opened an investigation into the incident. 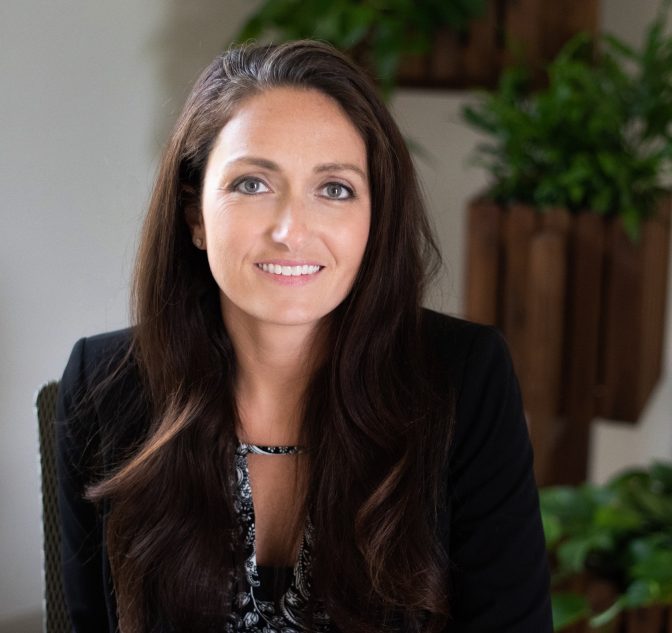 Schillinger left her job as a state legislative aide in August 2020 to enter the political fray in her own right, advocating for reopening schools during the COVID-19 pandemic through fundraising, litigation, and supporting school board candidates. Backed by venture capital and buoyed by national media coverage, most of those candidates won their races. Education remains a priority for Schillinger, along with the economy — both of which are tangential to the lieutenant governor’s official role. But based on her statements so far, voters should expect her to be a tough sell on approving applications considered by the state Board of Pardons.

Pennsylvania Governor: A guide to the 2022 primary and candidates