What you need to know before the 2022 Pennsylvania primary election

The deadline for Pennsylvanians to register to vote for the primary election is Monday, May 2. 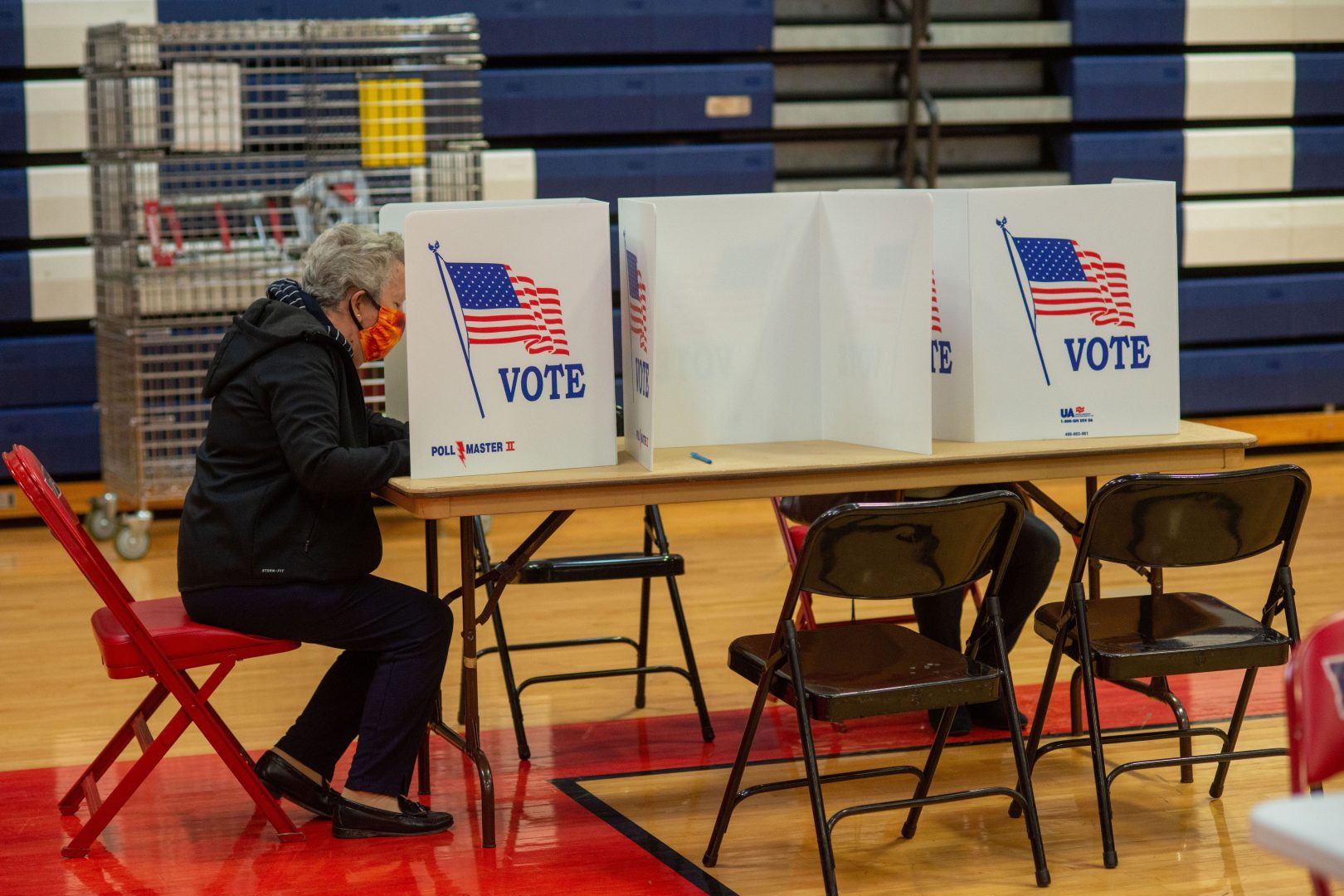 Pennsylvania’s primary election is fast approaching, as are election-related deadlines. Here’s what you should know ahead of Election Day on Tuesday, May 17.

Jump to a section

What are the deadlines I need to know?

Below are deadlines specific to voting in the May primary. 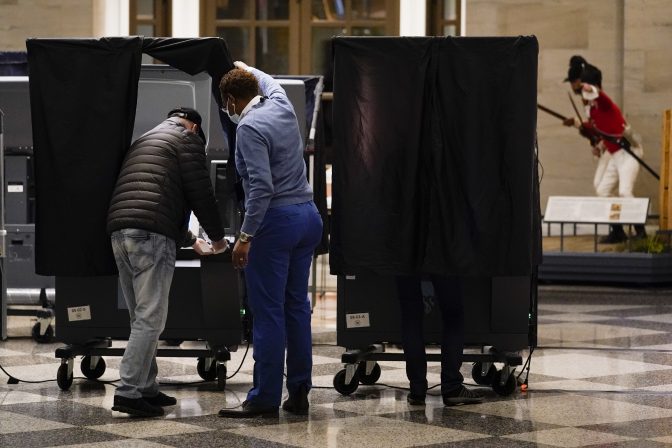 Can I still register to vote?

The deadline for Pennsylvanians to register to vote for the primary election is Monday, May 2. Pennsylvanians can find out whether they are registered to vote online.

Who can register to vote?

Anyone can register to vote, so long as they will have been a U.S. citizen for at least 30 days before the election, are a resident of Pennsylvania, and are going to be at least 18 on or before Election Day.

People who are incarcerated for felonies can’t vote under state law. People who are serving time for lesser charges or are out on probation, parole, or house arrest are eligible.

Can I still apply for a mail or absentee ballot?

Voters who choose to vote by mail should submit their application as soon as possible to allow enough time for their ballot to be mailed to them, then returned to their county election office in time to be counted. The deadline to request a mail or absentee ballot is Tuesday, May 10.

Can I vote early in person?

Registered Pennsylvania voters may choose to vote early in person.

The last day to vote early in person is Tuesday, May 10. 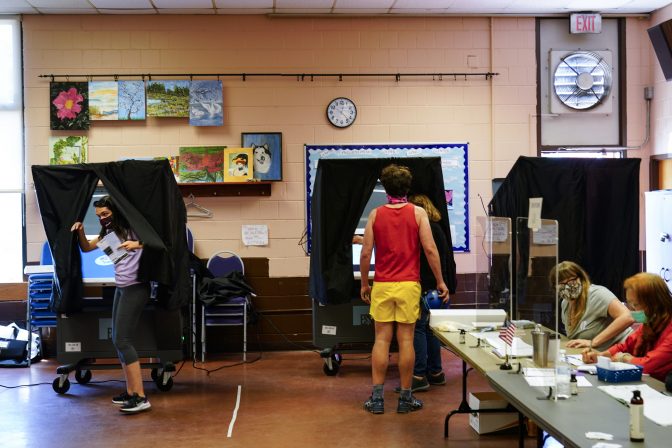 A voter steps from the voting booth after casting a ballot in the Pennsylvania primary in Philadelphia, Tuesday, May 18, 2021.

What does a ‘closed primary’ mean?

Pennsylvania has a closed primary system, which means that only Democrats and Republicans can vote for their party’s nominees to run in the Nov. 8 general election.

However, People who don’t belong to the two major parties can still vote on local ballot questions.

Regardless of party affiliation, all registered voters in the 5th Senatorial District can vote in that district’s special election, which coincides with the primary on May 17. The special election will determine who will replace former City Councilmember Bobby Henon, who resigned after being convicted of federal corruption and bribery charges.

Where can I drop off my mail ballot?

For those who choose to vote by mail, counties are providing secure drop box locations for ballots.

It’s still a little early for drop box location information, but once known, the drop-off locations for Bucks, Chesco, Delco, Montco, and Philly can be found online.

When must mail ballots be received?

Completed mail ballots must be received by county boards of elections by 8 p.m. on Election Day. Postmarks do not count.

If there isn’t enough time to mail the ballot, voters can drop it off in person at their county elections office or, if available, at a county drop box.

Pennsylvanians can also vote early in person by mail ballot until May 10. Voters can opt for an all-in-one visit to their county election office, where they can apply for a mail ballot, have an election official verify their eligibility, and cast their ballot.

How will I know if my mail ballot was processed?

Voters can check the status of their mail ballot online. 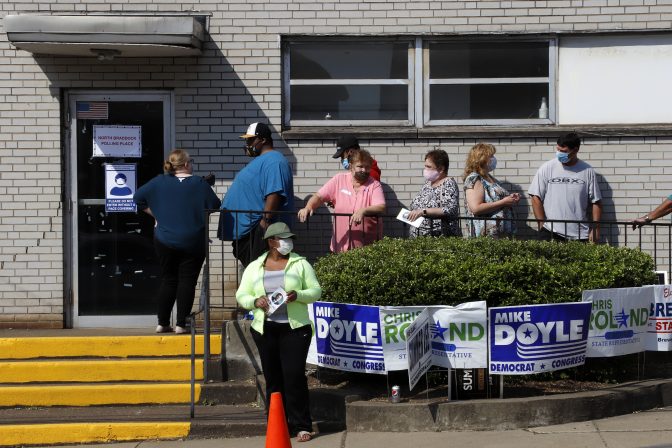 What if I want to vote in person?

Pennsylvanians who would prefer to vote the old-fashioned way can do so in person on Election Day at the polls, which will be open from 7 a.m. to 8 p.m. Voters can find their polling place online.

Where is my polling place?

What if I received an absentee or mail ballot but want to vote in person?

Voters who receive an absentee or mail ballot can opt to vote in person on Election Day. To do so, voters must bring their ballot and the pre-addressed outer return envelope to be voided. After they surrender their ballot and envelope and sign a declaration, they can vote using a regular ballot.

What happens if I request a mail ballot and don’t receive it?

Voters who request a mail ballot but don’t receive it, or don’t have it to surrender, may vote by provisional ballot at their polling place. The provisional ballot will be reviewed by the county board of elections post-Election Day to determine whether it will be counted.

Who is on the ballot?

Lt. Gov. John Fetterman, State Rep. Malcolm Kenyatta, and U.S. Rep. Conor Lamb are among those fighting to be the Democratic nominee for Pennsylvania’s U.S. Senate seat. On the Republican side are seven candidates, including Jeff Bartos, David McCormick, and Mehmet Oz.

In the gubernatorial race, Pennsylvania Attorney General Josh Shapiro is the lone Democrat on the ballot. Nine Republicans are vying for that party’s nomination to face Shapiro in November’s general election. The two top-polling candidates are former U.S. Rep. Lou Barletta and state Sen. Doug Mastriano. 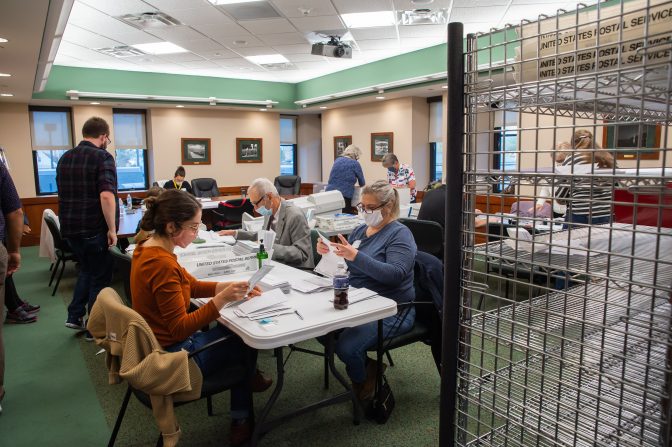 What else is on the ballot?

Outside of the governor and U.S. Senate races, voters will choose the state’s next lieutenant governor. Spotlight PA breaks down that crowded, if overlooked, race here.

Voters can look up a sample ballot based on their address.