screenshot of a corpse flower 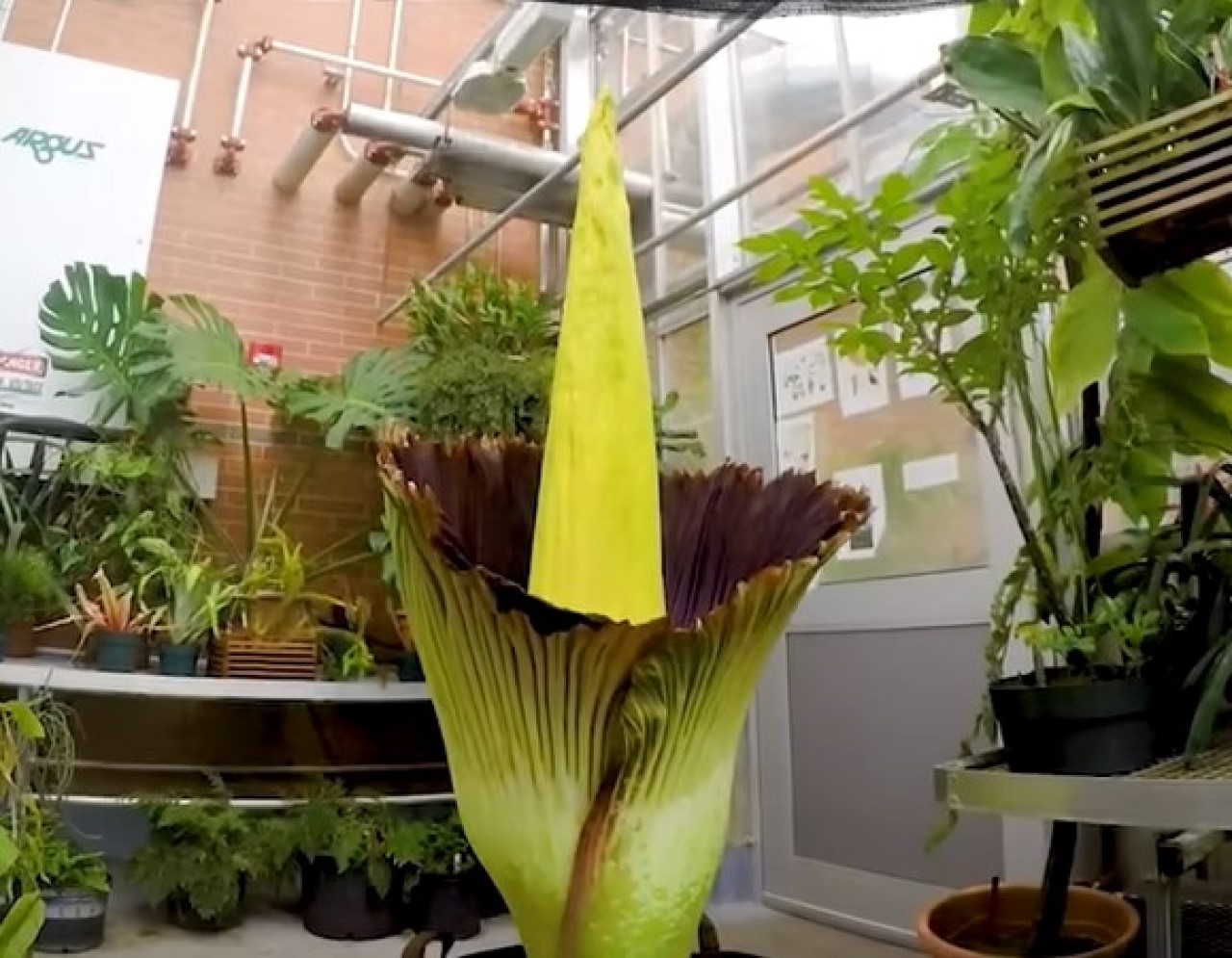 screenshot of a corpse flower

This video, shared on April 21, shows the flower opening up inside a greenhouse as visitors come and go.

The corpse flower, otherwise known as an Amorphophallus titanum, emits a rancid smell that attracts the meat-eating insects that pollinate it.

According to the university, after only a few days of blooming, “the plant will die back to soil level and the bulb will go dormant, then regularly grow vegetation through the ensuing years until it generates enough energy — typically after seven to 10 years — to grow another huge, and stinky, flower.”