“This has been years in the making and today, we’ve turned over an important new page in how criminal justice works in Delaware County." 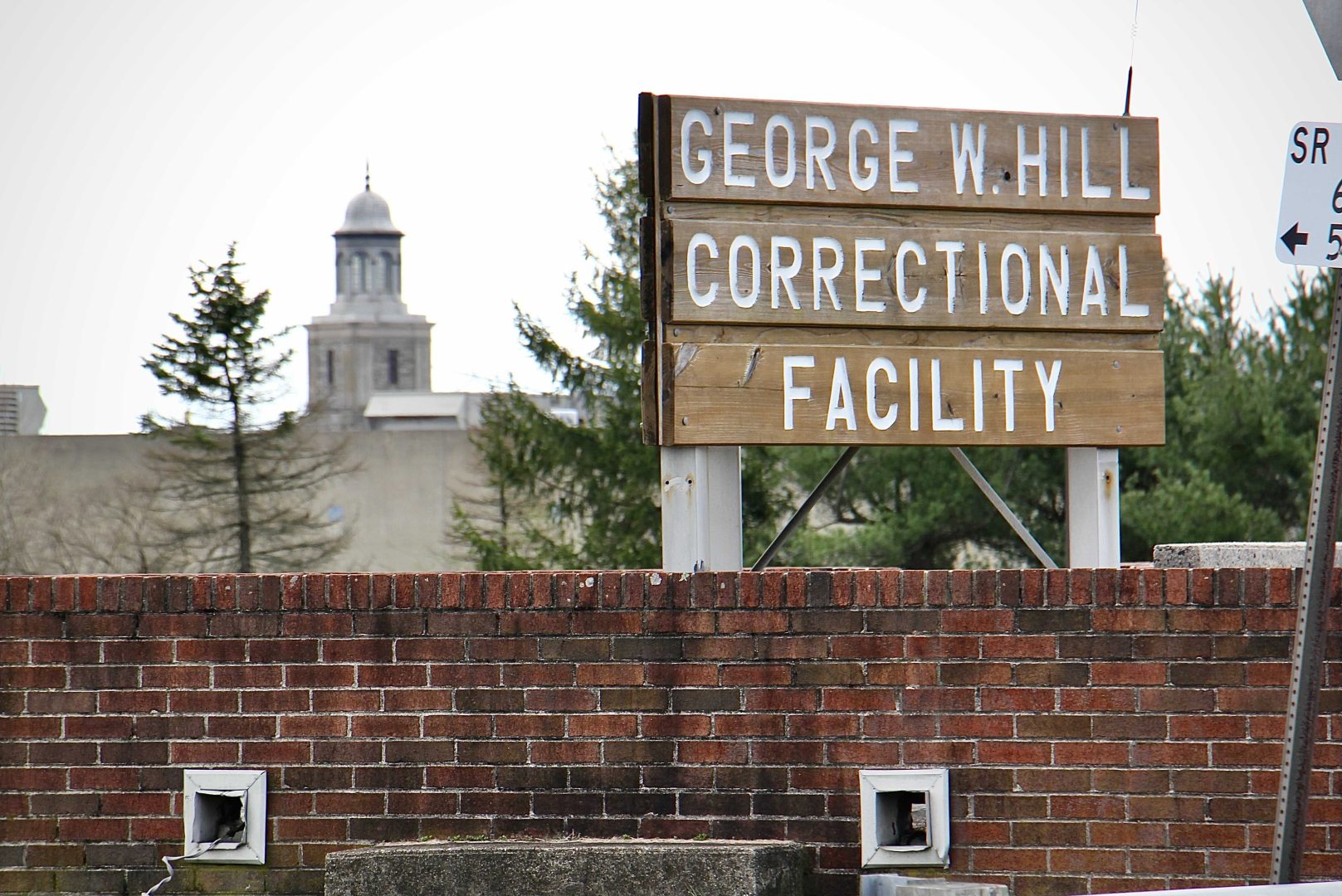 “It’s a big deal. This has been years in the making and today, we’ve turned over an important new page in how criminal justice works in Delaware County,” Councilmember Kevin Madden said.

The facility in Glen Mills had been under private operation since 1998. Over the years, a cloud of controversy has cast a wide shadow over the prison. With allegations of mistreatment towards both incarcerated people and staff, the facility captured the attention of community members who decided that it was time for a change.

In the months leading up to the historic 2019 election that gave Democrats complete control over Delaware County Council for the first time since the Civil War, campaign promises were made to deprivatize the county prison once in for all.

After a couple years of studies and behind-the-scenes leg work, the all-Democratic county council voted unanimously in October to oust GEO Group and essentially dissolve the $259 million contract with the for-profit company.

The monumental move sparked a 180-day transition period where the county made significant changes to the vendors involved with the prison’s food, medical, maintenance, and commissary services. The county hired Laura Williams, who has a background in substance abuse treatment and programs, to be the new warden.

“We no longer have a multinational corporation with a profit motive to keep our jail as full as possible and to maximize on repeat customers. And in their place, we now have a management team and a workforce that’s laser focused on reducing recidivism,” Madden said.

Stakeholders involved with the deprivatization process are now spiking the football after officially dropping the notorious distinction of being the only county in the state with a privately managed prison. 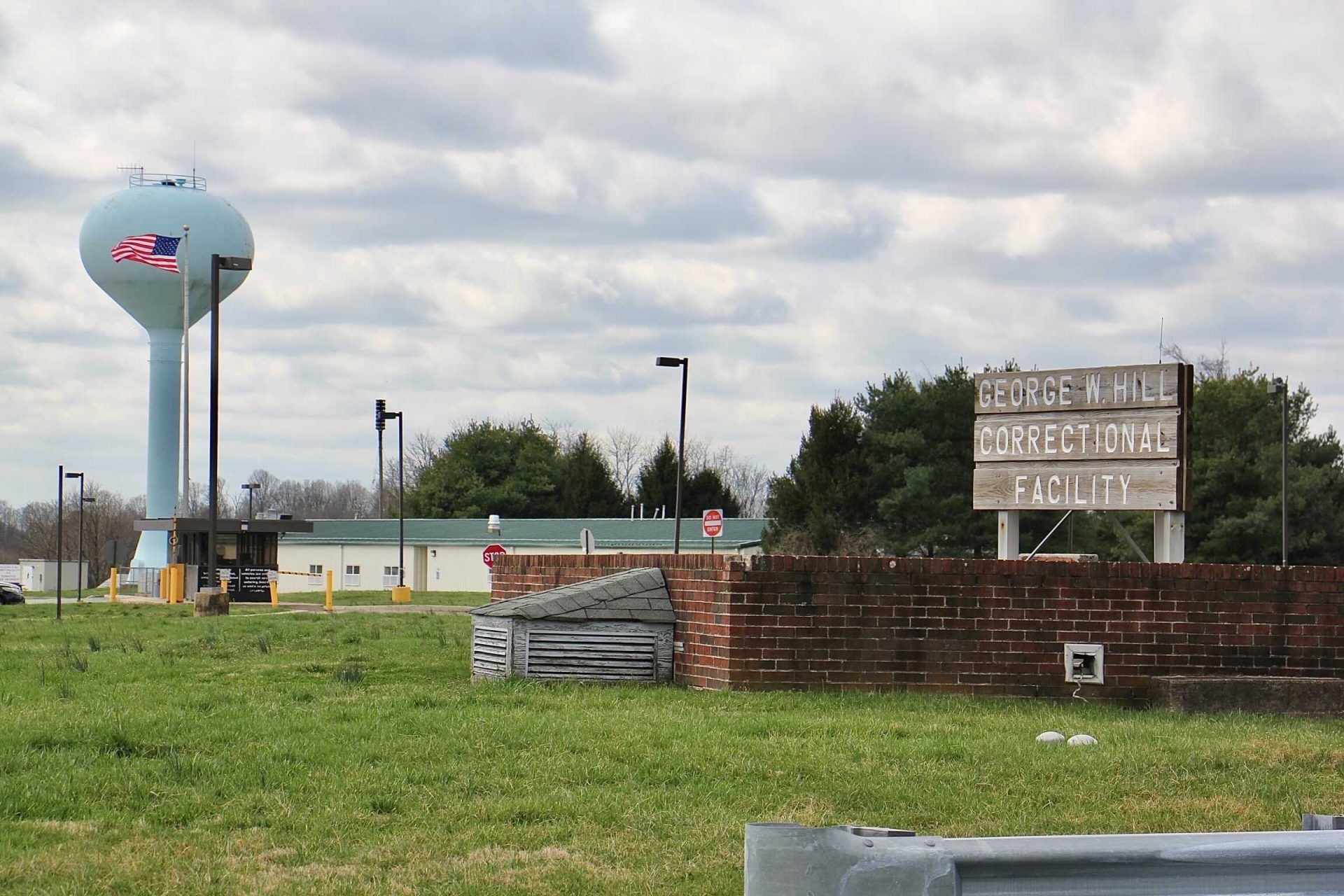 For advocates like Tonita Austin, the chair of the Delco Coalition for Prison Reform, this is a massive burden lifted off of her shoulders.

“Finally. Of course, we’re thrilled that we’re finally seeing this day. It’s been almost five years in the making and we’re really ready to help this transition be successful,” Austin said.

Delco CPR was established in 2017 and on Sunday, the group was finally able to take a moment to savor a victory during an afternoon rally in front of the Delaware County Courthouse to listen to speakers including County Councilmember Monica Taylor.

“To go up against such a large corporation is really a big feat. And we’re just really proud of all of it and the commitment of the community that supported our work,” Austin said.

Austin encouraged people to visit the group’s website to read accounts from inside the prison and the stories of families with loved ones inside. She also took the time to bring attention to the fact that a man died at the facility on March 29 due to unknown causes.

Both Austin and Heather Schumacher, founding member of Delco CPR, emphasized that their group is not going to just disappear. In fact, the group will pivot to tackle other issues facing incarcerated people within George W. Hill Correctional Facility such as adequate staffing, bail reform and delivery of mental health and medical services.

Schumacher is cautiously optimistic, but she recalls the days of attempting to cooperate with GEO Group and feeling like the group was confronting a “black box” — no communication.

“Now, we have relationships with people. People get back to us. We feel like we have some kind of eyes inside. And people we can reach out to when we have concerns, we get calls from families, and people working with families about their experiences. So, we at least now feel like someone’s listening,” Schumacher said.

Delco confronts its own ‘chronic over-incarceration’

Lee Awbrey is the first assistant public defender in the Delaware County Office of the Public Defender.

She deals with the community daily that is confronted with the possibility of being incarcerated at the correctional facility. She said that it has been “horrible and on the decline.”

“Kudos to the county for doing not the easy thing, but the right thing in taking back administrative control over that facility. It would have been easy to keep the contract and outsource all the problems, and then you have someone to blame when things go wrong — but it would not have been the right thing,” Awbrey said.

Having heard feedback from community members, clients, and their families, Awbrey has witnessed a genuine feeling of relief among people who are pleased to see the changes.

However, there is one overarching issue lingering in the back of her mind as well as advocates in Delco who have kept a close eye on the population inside the facility.

“One of the things that’s gonna set the county out for most success, I think, is to bring down its population [inside the facility]. Not just opening up the doors and letting everyone walk out, but focusing on the people who actually the system thinks needs to be confined, as opposed to those who land in the system and are not a threat to public safety, or do not need to be there or can get rerouted to other social systems where they can get more support,” Awbrey said.

According to Awbrey, as of May 15, 2020, there were just 966 people incarcerated in the prison, which was dramatically lower than previous years. This change, of course, was brought about by the pandemic and the desire to address the safety risk prior to a vaccine.

Awbrey said the lowered population was the result of a team effort between the Public Defender’s Office, the District Attorney’s Office, the county court system, and the branch that handles probation.

However, that low water mark was short-lived.

“By August of last year, the population was back up to a little over 1,500 — and it continued to go up throughout the rest of 2021,” Awbrey said.

To put that in comparison, the Allegheny County Jail in Pittsburgh currently houses about 1,500 people. The county is home to 1.2 million, while Delco is home to about 566,000.

In comparison to some of its larger suburban neighbors, Delco incarcerates more people. As of Tuesday, Montgomery County had 899 people in prison, according to a county spokesperson. Delco had 1,320.

“Frankly, our DA’s office is not making [reducing the incarcerated population] a priority. The numbers have been consistently high for about nine months now. So we know they can, but often, they’re choosing not to. And so, I don’t know why,” Schumacher, of Delco CPR, said.

What is particularly jarring for Awbrey is that this period of increased incarceration has come at a time of decreased violent crime. The public defenders have since returned to the table alongside stakeholders like the DA’s office and the county court system to address the issue.

“What we see when we do that is that we’re able to reduce that population. Not dramatically, though — yet. There’s a lot of work that remains to be done,” Awbrey said.

That work exists in addressing pretrial detention. According to Awbrey, just a couple hundred people in the George W. Hill Correctional Facility are actually serving county sentences — the rest are there on alleged parole violations and those who have new charges but have yet to have had their day in court.

Many of the latter, Awbrey said, can get out if they have enough to cover bail. With that in mind, Awbrey believes that “rational people” could find a better place for people to meet their needs whether it be mental health or substance abuse services.

She added that people are missing out on “life moments” while incarcerated and are getting retraumatized. As a result, she said that the George W. Hill Correctional Facility has been a “big source of brokenness” — which is why she sees the completion of the deprivatization process as a birthplace of newfound optimism.

“The first step to addressing Delaware County’s chronic over-incarceration and under servicing of that facility, is to remove the prior administration, the contract that was not meeting its obligation, and bring in county administrators to take ownership and accountability of the facility so we can start making necessary changes,” Awbrey said.

Madden agreed that the population in Delco’s prison is too high. He also called for bail policies that “reflect the values” of Delco.

Ultimately, he believes the solution to Delco’s issue is cooperation and that this time isn’t a finish line but a starting point to the work ahead.

“In order to really reduce the prison population and incarceration in Delaware County, it requires cooperation. It requires working with the District Attorney’s Office and Public Defender’s Office and courts to be as efficient as possible to ensure that people who enter the criminal justice system, see their day in court as quickly and expediently as possible,” Madden said.

Three and a half years after Tree of Life shooting in Pittsburgh, lawyers differ sharply on when to begin trial