A PET scan in process at Adler Imaging.

How advances in heart imaging can help improve diagnoses 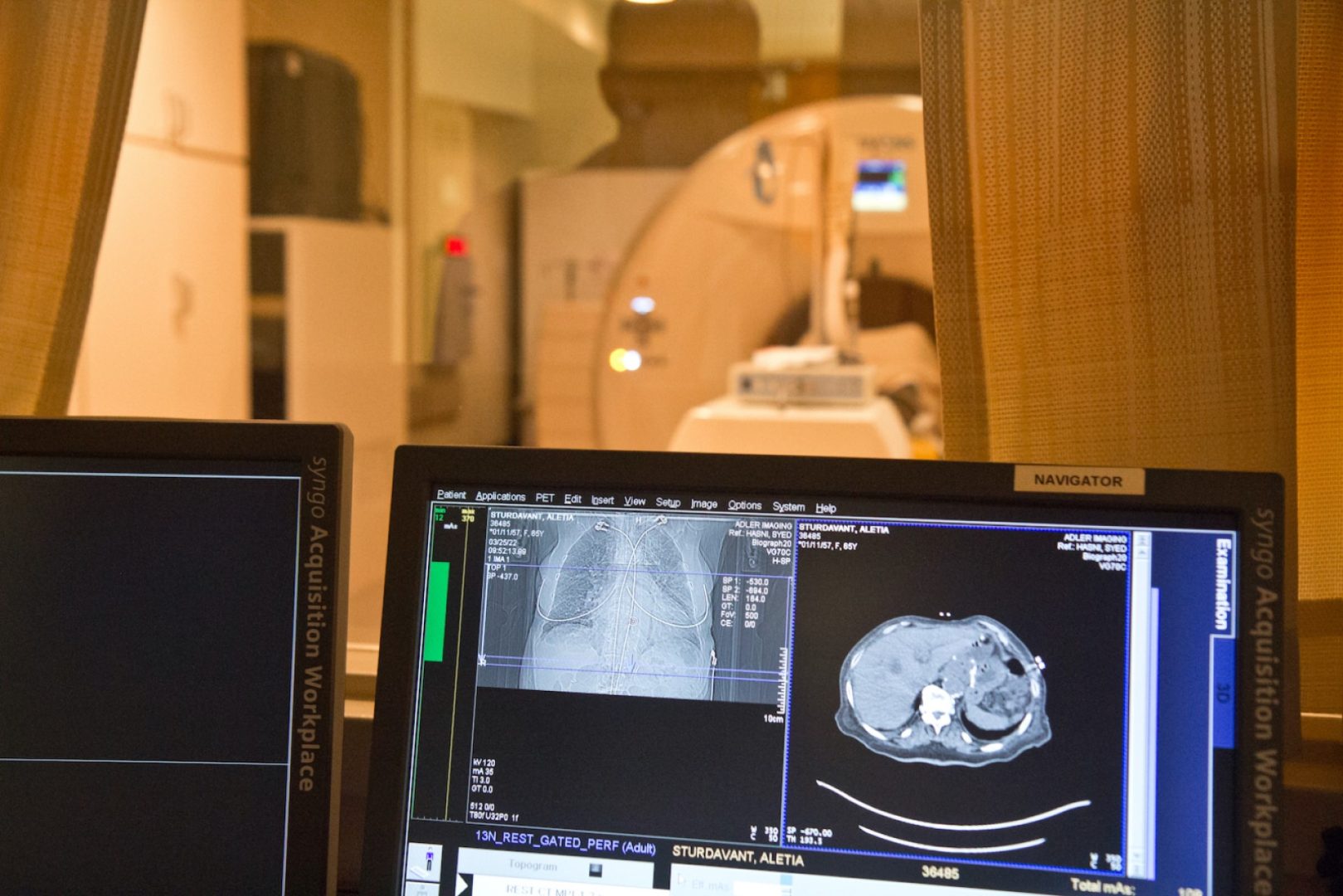 A PET scan in process at Adler Imaging.

When Sandy Goldstein began experiencing cramps and chest pain while exercising in 2006, a stress test ordered by a cardiologist failed to pick up on his blocked artery. Eventually, Goldstein, who splits his time between Philadelphia and Florida, was correctly diagnosed with coronary artery disease and received a stent.

In 2021, Goldstein, 63, decided that it was time for a follow-up, but he did not want another stress test at his cardiologist’s office, since it was inaccurate 15 years prior, he said.

This time, Goldstein went to the Adler Institute for Advanced Imaging, where he received an injection of the diagnostic agent Nitrogen-13 (N-13) ammonia and underwent a PET scan. The Jenkintown location is one of only a few outpatient sites in the region that offer the specialized imaging test to evaluate how well blood flows to the heart.

When the imaging revealed a clean bill of heart health, Goldstein said he was relieved and reassured by the result. The PET scan using nitrogen 13 ammonia provides radiologists a much more thorough picture of the heart — meaning the kind of false negative that Goldstein received from a stress test 15 years ago is less likely.

“What I identified in 2006 is that not every medicine, not every test is fully accurate. And science is only as good as it’s evolved to be,” he said. “I’m much more assured that things are better at this point — but that doesn’t mean that I’ll ever stop listening to my body.”

Similarly, Aletia Sturdavant, 65, of Philadelphia, visited Adler Imaging just over a week ago to get answers from the new technology. Fasting wasn’t easy, she said, but she wanted to know why she was having trouble breathing. Sturdavant, who also has diabetes, has a heart condition called sarcoidosis. 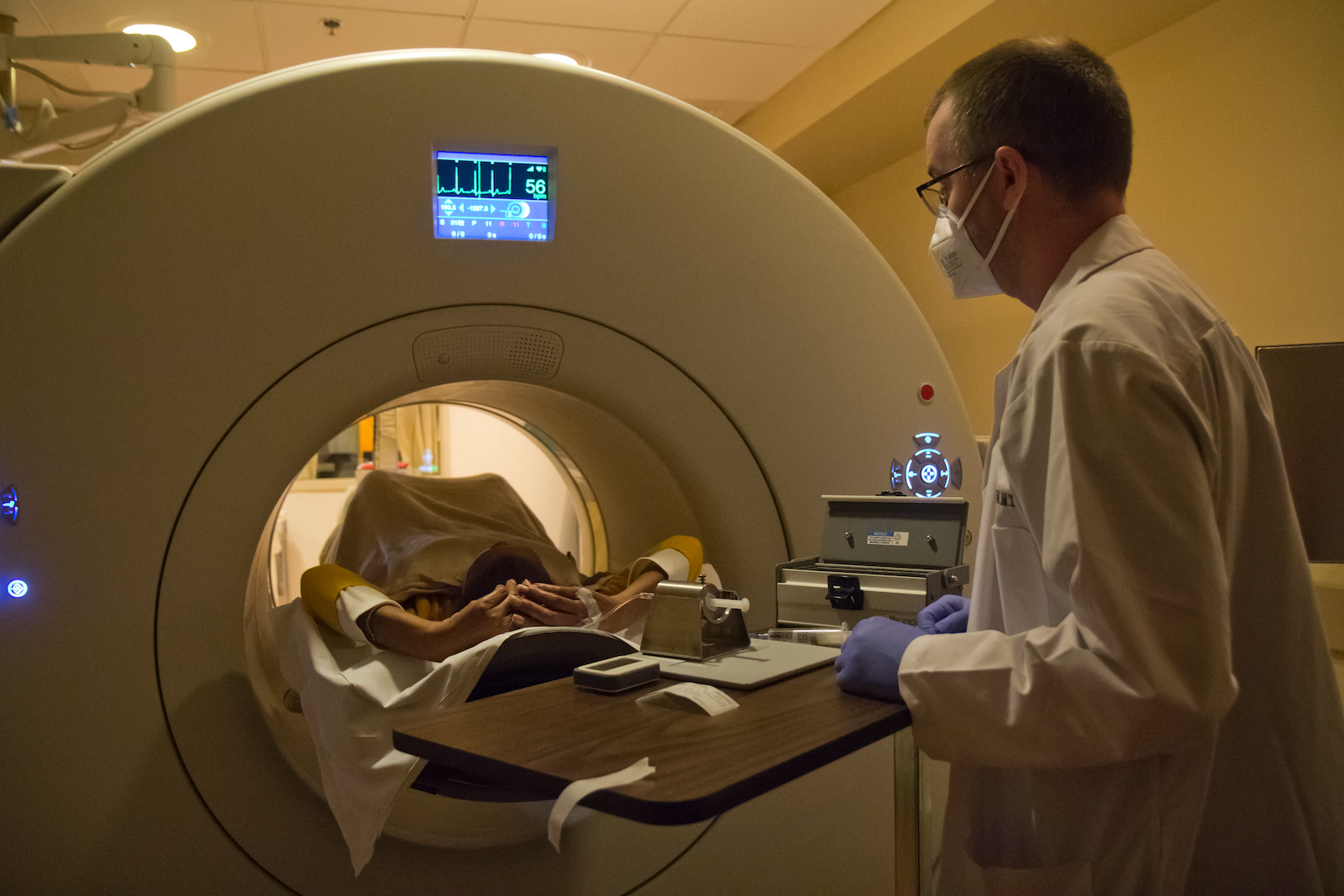 Nuclear imaging has significantly improved the accuracy of stress tests, though there can be errors due to body shape, which can cause abnormalities on the scan and incorrectly suggest the presence of disease.

For other patients with heart disease, if there is a significant decrease in blood flow to all regions of the heart, the organ may appear normal on the scan, because it shows only relative perfusion change of one region to another, resulting in a false negative.

There are a variety of agents that have been used to try to improve the accuracy of radioactive tracer imaging – N-13 ammonia is more precise when determining whether someone has a blocked artery, physicians at Adler Imaging say, because using this diagnostic agent provides more robust imaging and helps doctors discover more about the patients’ blood flow to the heart. Doctors can then offer treatments, such as angioplasty or coronary artery bypass grafting, to augment the blood flow to the heart, or offer medications to help alleviate symptoms. 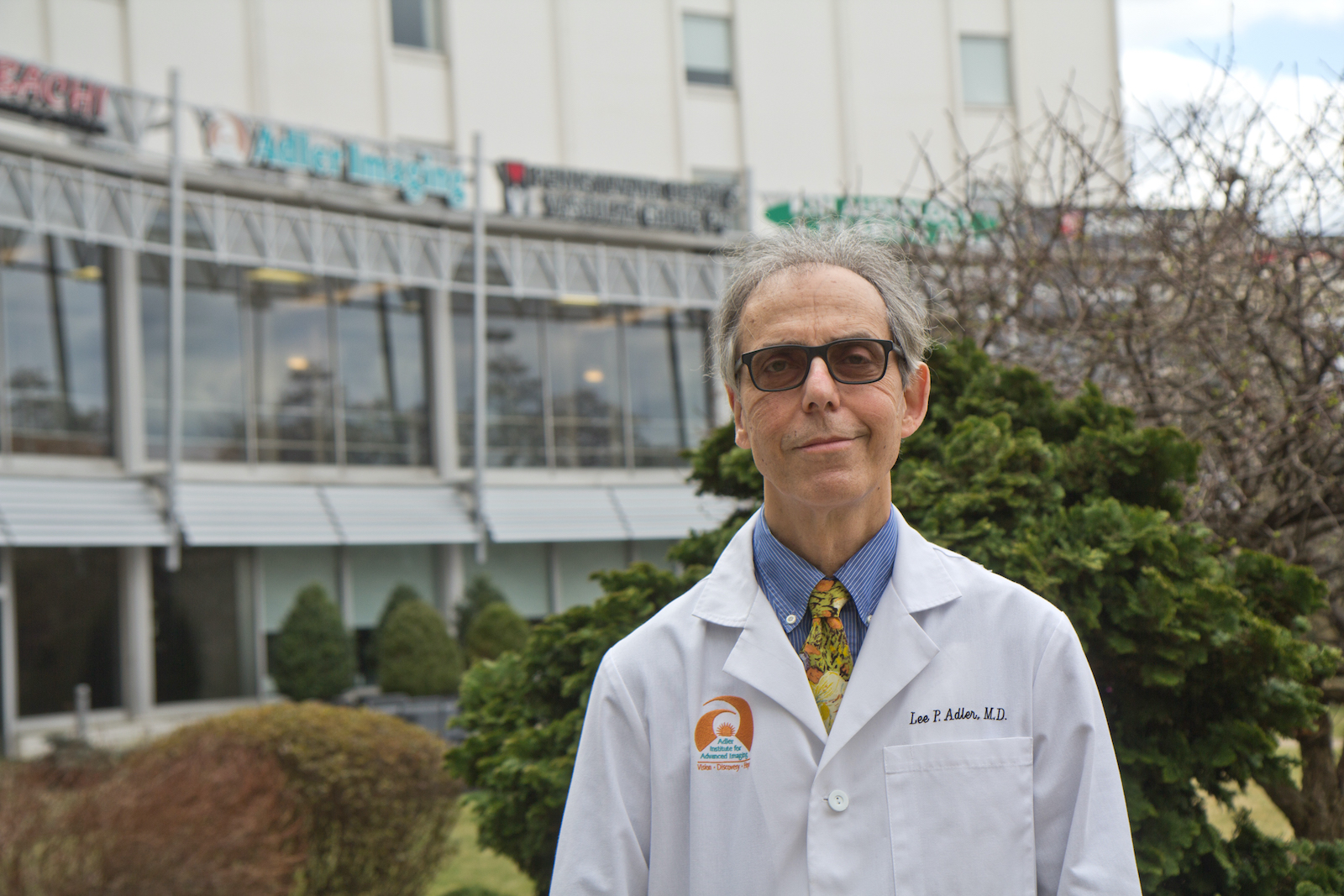 “It provides both better quality information and, more importantly, unique information that’s not available from other noninvasive tests, about the health of their heart and in particular, the need to consider various types of treatment.”

That leads to improved diagnosis, which can get patients appropriate treatments faster, Adler said. If a patient has a low risk of a major adverse cardiac event over the next 10 years, for example, their physician can offer the least conservative type of treatment. On the other hand, if a patient has a high risk of an adverse cardiac event over the next few years, “their doctor would be more aggressive and recommend treatments that would have a better chance of altering or reducing the outcome.” 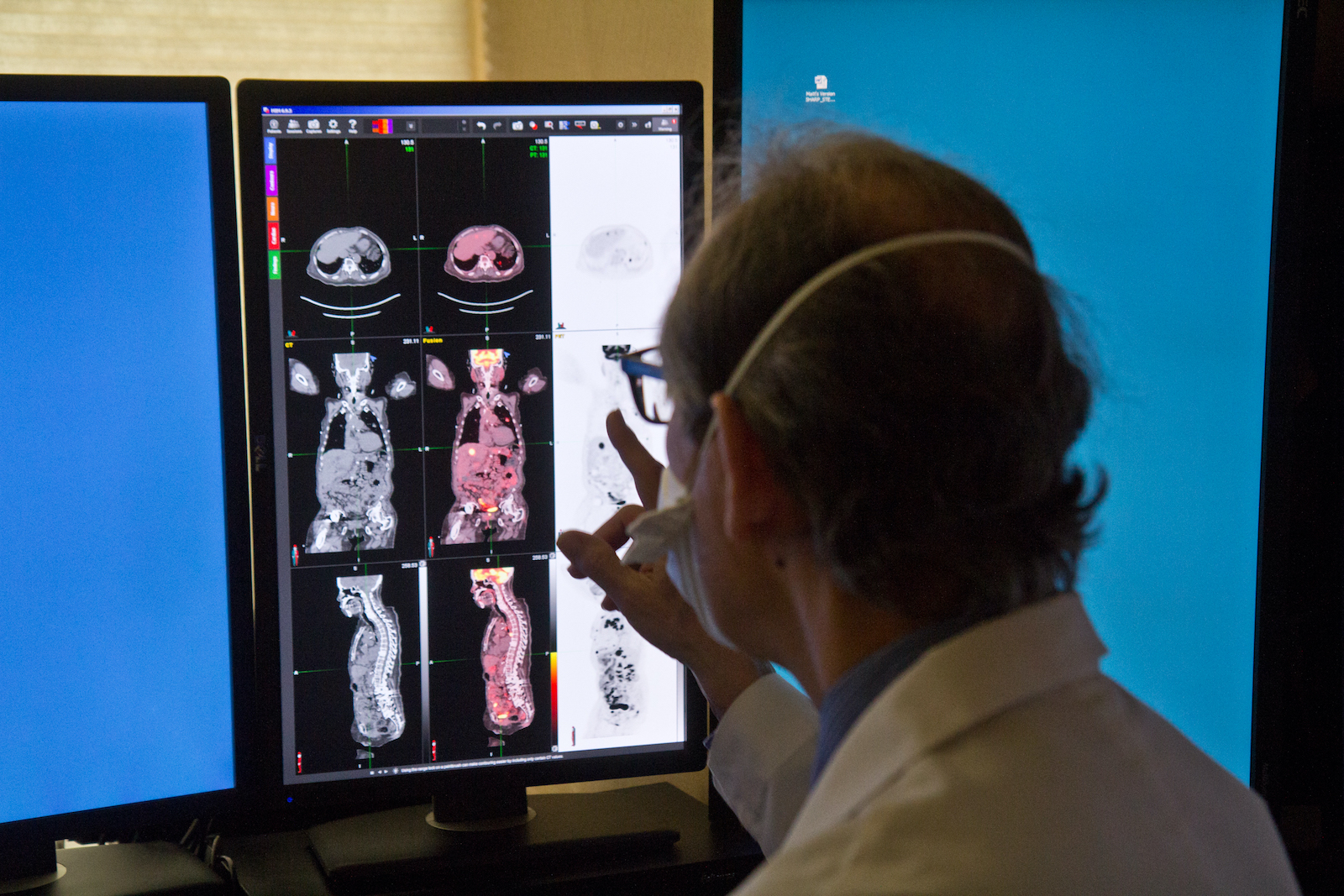 Adler Imaging is able to offer this PET scan as an option to patients because Nitrogen-13 is created at a lab on the same site as the center. It is produced in a cyclotron, which accelerates subatomic particles in a circle to nearly the speed of light. The accelerating particles are protons, and when they combine with oxygen, they produce a short-lived isotope, which is then chemically transformed into ammonia. Once scientists collect the material and test it for safety, they hand it off to technical staff next door to be administered to the patient.

Small artery disease, which differs from the “classic” coronary artery disease, is more common in women. Women’s symptoms can also differ, and the disease is often missed during an examination, said Dr. Arnold Bruce Meshkov, a cardiologist who refers his patients to Adler. The N-13 ammonia PET scan is often able to identify these cases, he said.

Chest pain and shortness of breath are the most common symptoms of heart problems, but some women can also present symptoms of fatigue or lack of appetite.

New laws let visitors see loved ones in health care facilities, even in an outbreak