An avian flu outbreak has Pennsylvania on alert

Avian influenza is very rarely transmitted by birds to people, but infected poultry have to be put down to stop the spread. 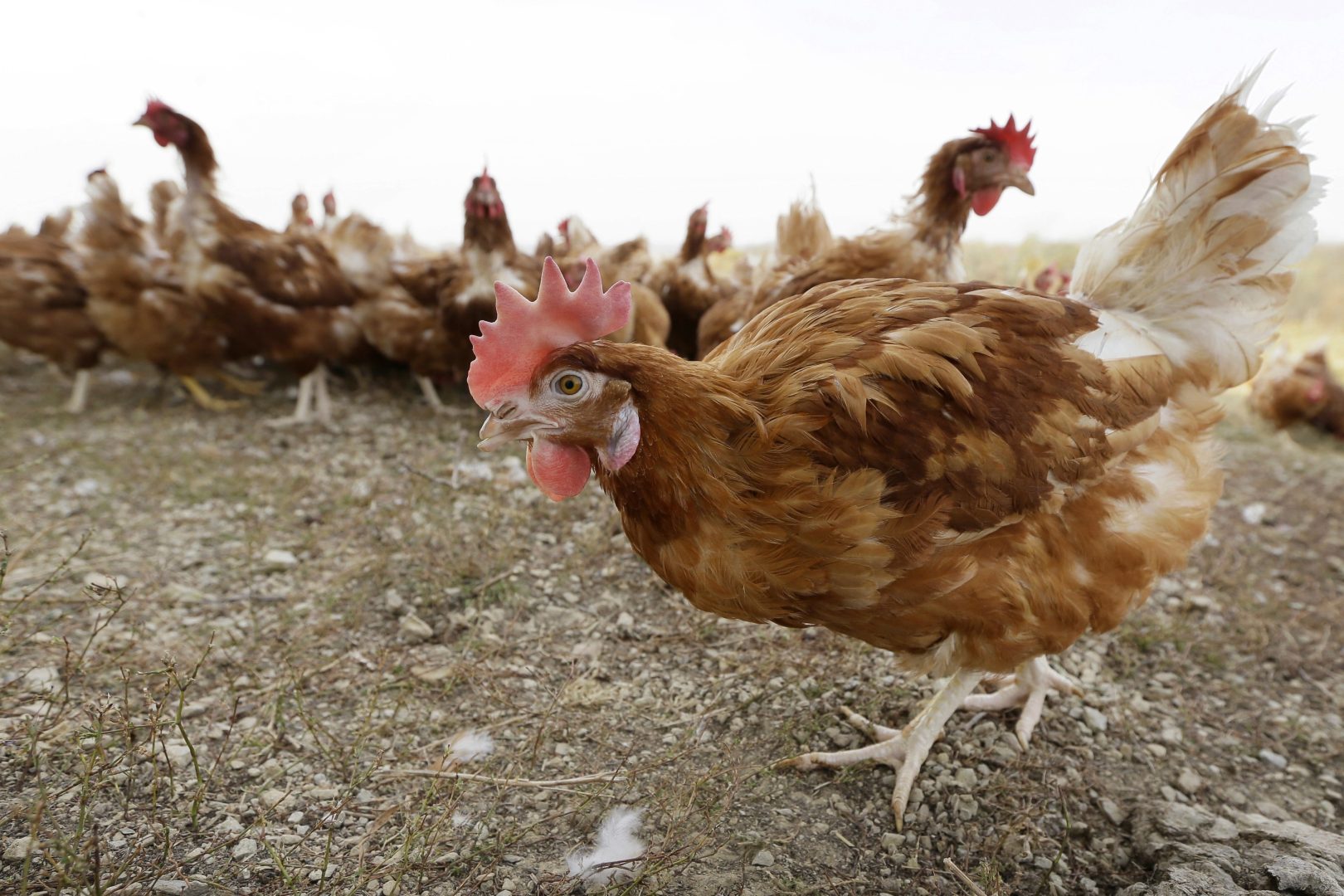 A highly contagious avian influenza strain could threaten poultry in Pennsylvania. It’s been found in poultry–in backyard flocks as well as large operations – in 17 states and counting since February. The virus, which causes respiratory failure and sometimes sudden deaths among birds has been confirmed in poultry in some surrounding states but not in Pennsylvania yet.

Avian influenza is very rarely transmitted by birds to people, but infected poultry have to be put down to stop the spread. During the last avian flu outbreak in 2015, producers in the Midwest lost tens of millions of chickens and turkeys.

Kara Holsopple: Where does avian flu come from and how is it transmitted to poultry flocks?

Gregory Martin: Well, that’s a good question. Avian flu is common. It’s what we call endemic in that we normally will see a variant of avian flu in waterfowl. It just so happens that the particular type this year, the H5N–you hear these Hs and Ns, that goes back to the typing of the virus. If you hear the terms H5 or H7, those are attention points.

In the case of what we see with poultry, there are wild bird flocks that are congregating here in Pennsylvania. We have wildlife refuges, for example, which are large lakes and ponds, and the birds will congregate there and then fly over the farms and maybe stop to rest on a farm. And then the birds would get it through either contact with the wild birds or the virus being carried in on clothing or boots with the caretakers.

Holsopple: And it’s in the feces of birds?

Martin: Yes, any body fluid. They’re eating and dabbling, you know, they’re moving through the water, they’re drinking. It’s basically the same as if everybody came to a county fair, shared some food and popcorn and everything together, and then they dispersed back to home, and then one by one, people got sick. It’s the same idea.

We see these congregations of wild birds up in the north and south during normal migration patterns, and they come into contact with birds that might be asymptomatic. They have no outward signs of flu, but they’re carrying the virus. Then the virus moves from bird to bird and then on down through the flyways. There are four major flyways that go through the United States. We’re in the Atlantic Flyway. Usually, waterfowl are pretty hardy, and so they’ll carry it, but they very rarely succumb to it. 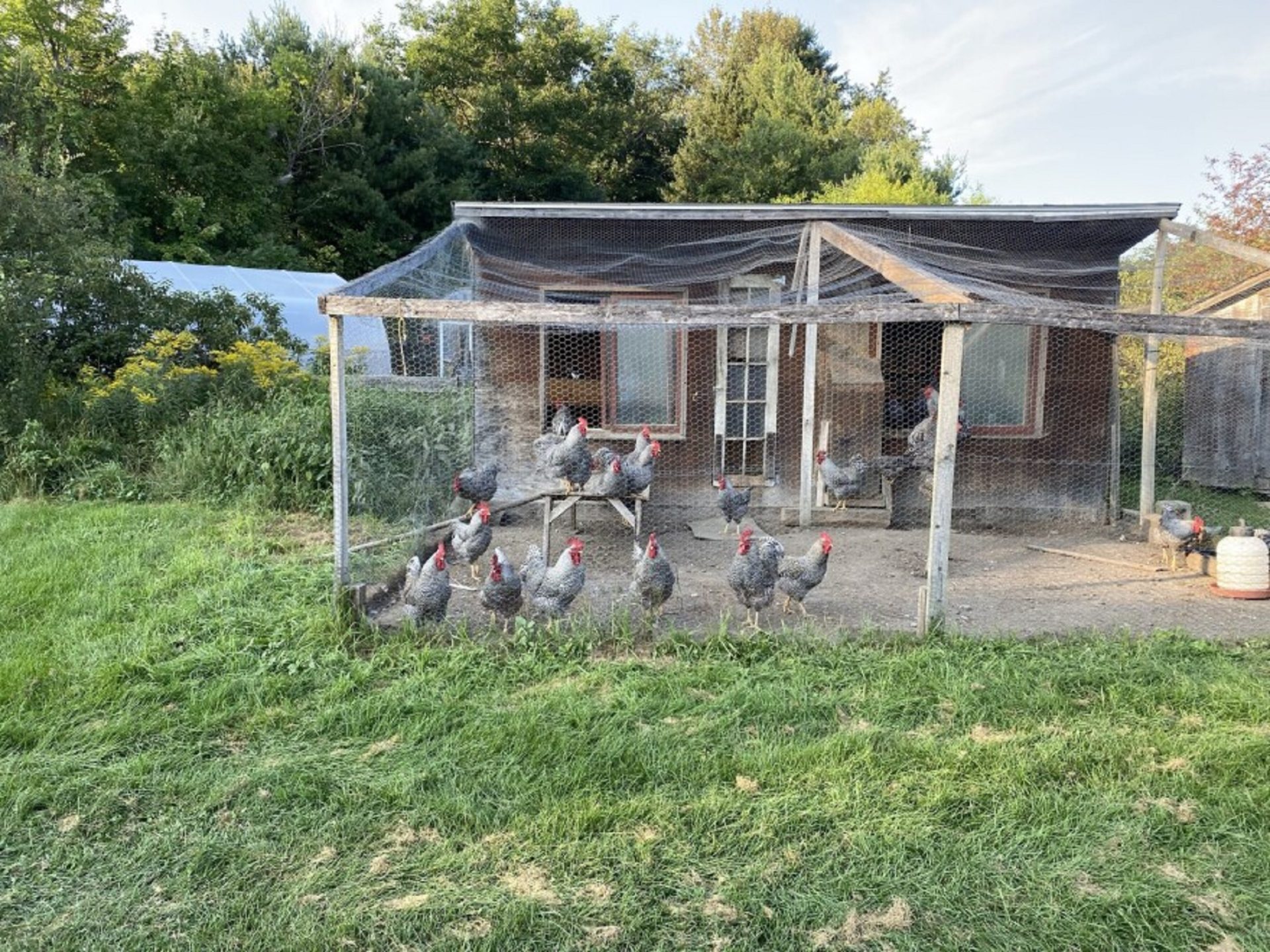 Holsopple: How does the state test for avian influenza? How do we know if it’s here or not?

Martin: The fact that we see it within the flyway itself, we assume that it’s positive throughout our area. USDA Wildlife Services has been sampling birds. The [Pa.] Game Commission also possibly has been assisting in that.

On the commercial side, it’s a combination of the Pennsylvania Diagnostic Laboratory System, as well as the Department of AG. There are also what we call certified poultry technicians that are certified by the state in order to take samples and submit those to the laboratory. There are at least two to three hundred of those throughout the state that can do the same thing.

They swab the nasal regions and put in a test tube, and then they send it in to the lab for confirmation.

Holsopple: How does avian flu impact birds? What are the symptoms and how serious is it?

Martin: We have seen cases where the birds were perfectly fine, and then two hours later, a third of the flock was dead. The rest of them were under heavy respiratory distress. They’re very congested.

Their upper respiratory system fills up with fluid, and then at the endpoint, they suffer hemorrhagic conditions. You’ll see bruising of the face and legs and then they succumb to the disease.

Holsopple: There was an avian influenza outbreak in 2015. How did that impact Pennsylvania?

Martin: It really didn’t impact Pennsylvania to the point where we were losing a lot of birds. We were able to survive, and I think that was basically due to the fact that we had high biosecurity employed by our farms.

The impact was actually the movement of eggs from our state to other states that lost birds and keeping their customers supplied with eggs from Pennsylvania.

Holsopple: Can you sort of describe what’s been happening in the Midwest as a result of the avian flu?

Martin: Right now, the last large commercial flock that was being depopulated was a flock in Wisconsin. That’s 2.7 million birds, so there’s a lot of activity going on within that farm to help put those birds down humanely before they succumb to the disease, which is very, very stressful on the birds.

After that, there is a period of what we call surveillance six miles around the farm. They’re looking at other poultry farms to make sure that the virus doesn’t spread and infect other birds. Then the USDA supervises with the state veterinarian the cleanup and disposal of those birds.

Martin: It is grim business, but the idea is that we’re sacrificing the few to protect the many.

Holsopple: You mentioned the term biosecurity. What can you do to prevent avian flu from spreading?

Martin: It’s security of the biome. We’re trying to protect the birds from any biologicals out there, and that includes viruses and bacteria. That includes washing and disinfecting our footwear. We use rubber boots, for example. We use special clothing inside the houses.

For example, we had a person who had a farm poultry farm and one of their kids went duck hunting. So they were handling these wild birds. He had to come into the garage, strip down and wash the clothing, and he wasn’t allowed on the poultry farm for 72 hours. So it is a process.

I don’t have any pet birds at home, and that’s very common in the industry. We just do the things that we need to do in order to keep the birds isolated and secure from wild birds, too.

The state veterinarian has recommended for organic poultry that normally goes outside to be kept indoors, at least through the month of March, and they’re going to revisit that for April as well.

Holsopple: Because this is the time when birds are migrating?

During the middle of the summer, it’s usually hot enough and dry enough that the virus doesn’t survive outside and so it dies off. If it’s poultry, it’s poultry, whether you have two or two million, they’re equally likely to get this disease, and it’s the same outcome. It’s tough, especially if you have a name if it’s somebody’s pet.

You kind of have to do the right thing because if you have a neighbor that’s down the block and they have poultry, you wouldn’t want those birds to become sick, either. So this is why the idea of biosecurity and proper handling of those birds is very, very important.

Holsopple: Well, those are all the questions I have. Is there anything else that I should know or should ask?

Martin: If you have a friend that is feeding waterfowl at the park, feeding bread and other things like that, I would kind of dissuade them from doing that because we would like to see the birds continue on their natural migration, and that usually means they’re following their food supply.

Feeding them kind of holds them back a little bit from them migrating on, and I think that’s an important thing to think about.

Read more from our partners, The Allegheny Front.

For a Coudersport, Potter County, couple, the war in Ukraine is personal