Studies show that more than a third of college students are food insecure, meaning they don’t have access to food that is affordable and nutritious. 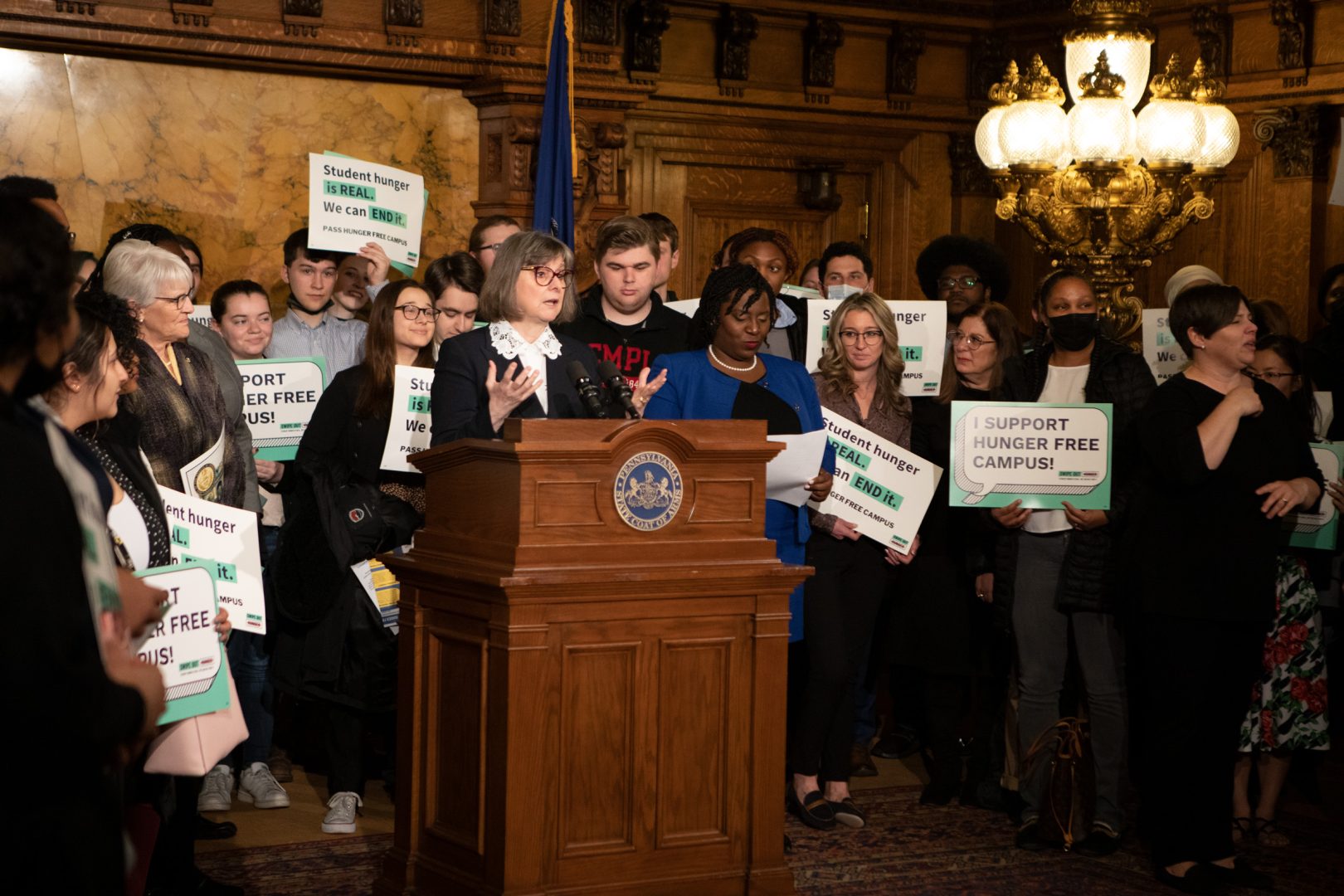 Pennsylvania First Lady Frances Wolf joined students and lawmakers Monday calling to end campus hunger. Studies show that more than a third of college students are food insecure, meaning they don’t have access to food that is affordable and nutritious.

“College should not be a privilege reserved for individuals with disposable incomes,” Wolf said. “And hunger should never be what holds someone back from succeeding in higher education.”

Non-traditional college students –– folks who might be older, financially independent, enrolled part-time, and work on the side –– are the most likely to experience food insecurity.

They also comprise 71% of the U.S. college population.

Frances Wolf said this can be too much to juggle.

“They have to choose between going to class, going to work, to afford food or housing, transportation, child care, even health care,” she said.

The $1 million from the budget would be used to expand campus food pantries, increase outreach, hire social workers, and create entities to gather data on this issue.

Many schools across the state – including Northampton and Lehigh Carbon community colleges, and all Penn State’s campuses – operate food pantries; the state would allocate more money to programs like these.