After spate of strikes, big raises for Kellogg workers

The wage and benefits improvements that 570 workers at the Kellogg's plant secured this week are the largest that have been seen by the Retail, Wholesale and Department Store Union. 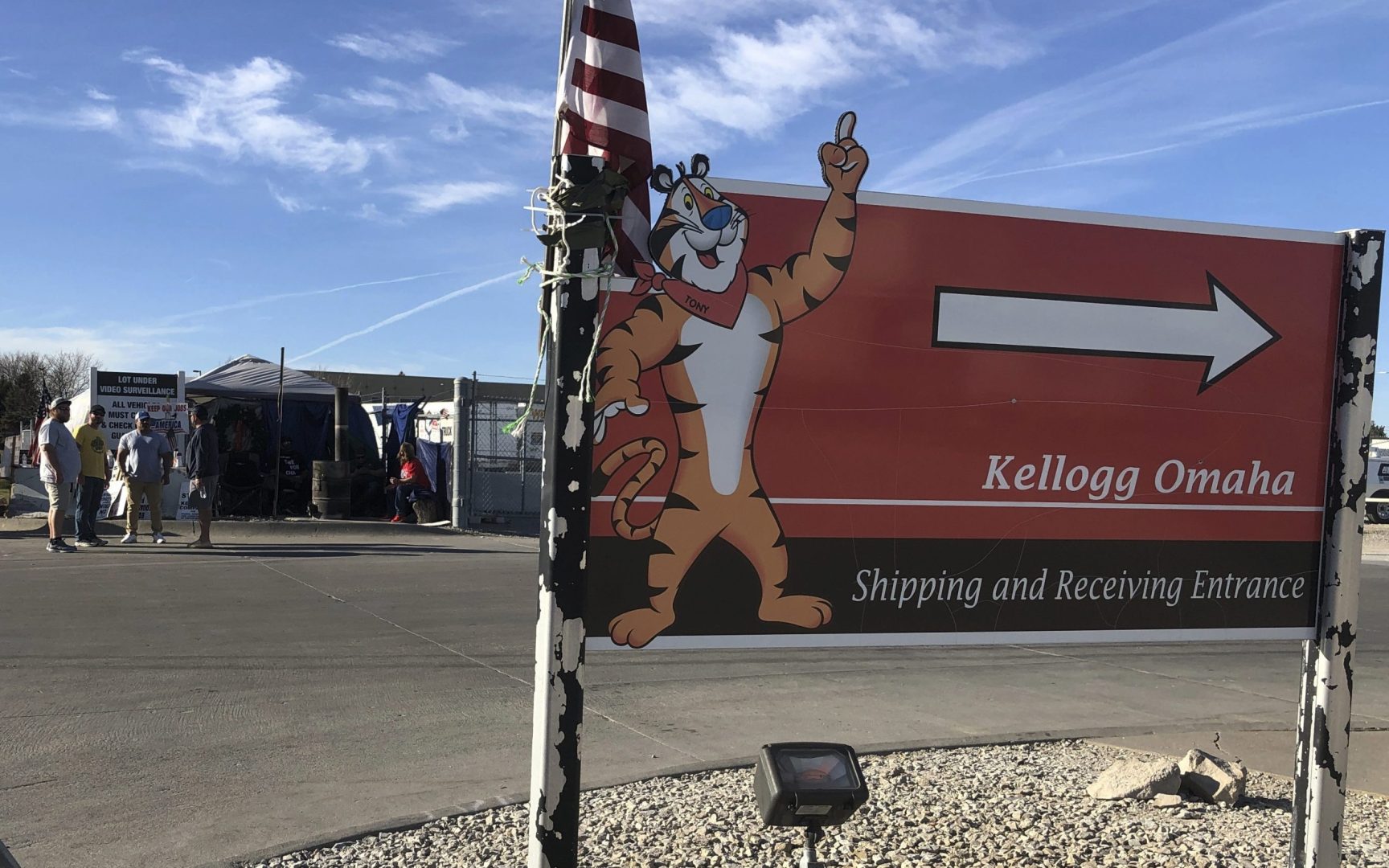 The wage and benefits improvements that 570 workers at the Kellogg’s plant secured this week are the largest that have been seen by the Retail, Wholesale and Department Store Union, it said Wednesday.

About 380 employees are based at the Kellog’s facility went on strike at the end of last year. The company and union reached a five-year agreement with the workers that included 3% raises.

U.S. companies are struggling to fill the more than 11 million job openings across the country that represent nearly two openings for everyone unemployed, and workers are demanding more after keeping plants operating throughout the pandemic.

Job openings hovered at a near-record high for the second consecutive month in February, the Labor Department reported this week.

“This contract is further evidence of the power of a union voice and collective bargaining,” said the union’s president Stuart Appelbaum.

Kellogg’s, which is based in Battle Creek, Michigan, didn’t immediately comment Wednesday on the contract it offered its workers in Kansas City, Kansas.

Besides the strike at Kellogg’s plants in East Hempfield Township, Lancaster County, Nebraska, Michigan, Pennsylvania , and Tennessee last fall, workers also walked out last year at a Frito-Lay plant in Topeka, Kansas, and at five Nabisco plants nationwide. And meatpacking workers have been winning significant raises when their contracts come up at plants across the country.

Unions in other industries, including one that represents more than 10,000 John Deere workers, also went on strike last year. The Deere workers received 10% raises and improved benefits after going on strike for month.

Workers have also voted to unionize at more than a half dozen Starbucks stores across the country and unions are trying to organize at roughly 140 other stores nationwide. And Amazon is trying to stave off unions at two of its warehouses in New York and Alabama where ballots are in the process of being counted now.

Experts say the ongoing labor shortages have given unions more leverage than they have had in decades during contract talks.

A spokeswoman for the Bakery, Confectionery, Tobacco Workers and Grain Millers International Union that represents the Kellogg’s cereal plant workers said that strike and the others across the industry in the past year have helped it secure significant gains for workers at other companies.

The Cheez-It workers will receive 6% raises in the first year of their new contract, 5% raises the following year and 4.5% raises and a $500 bonus in the third year. The workers will also see improved health and pension benefits with no increase in their health insurance premiums. And new hires will move up to higher pay rates more quickly.

“These wage increases will help us better provide for our families and improve the quality of our lives,” said Larry Smith, who leads the local union at the Kellogg’s plant.