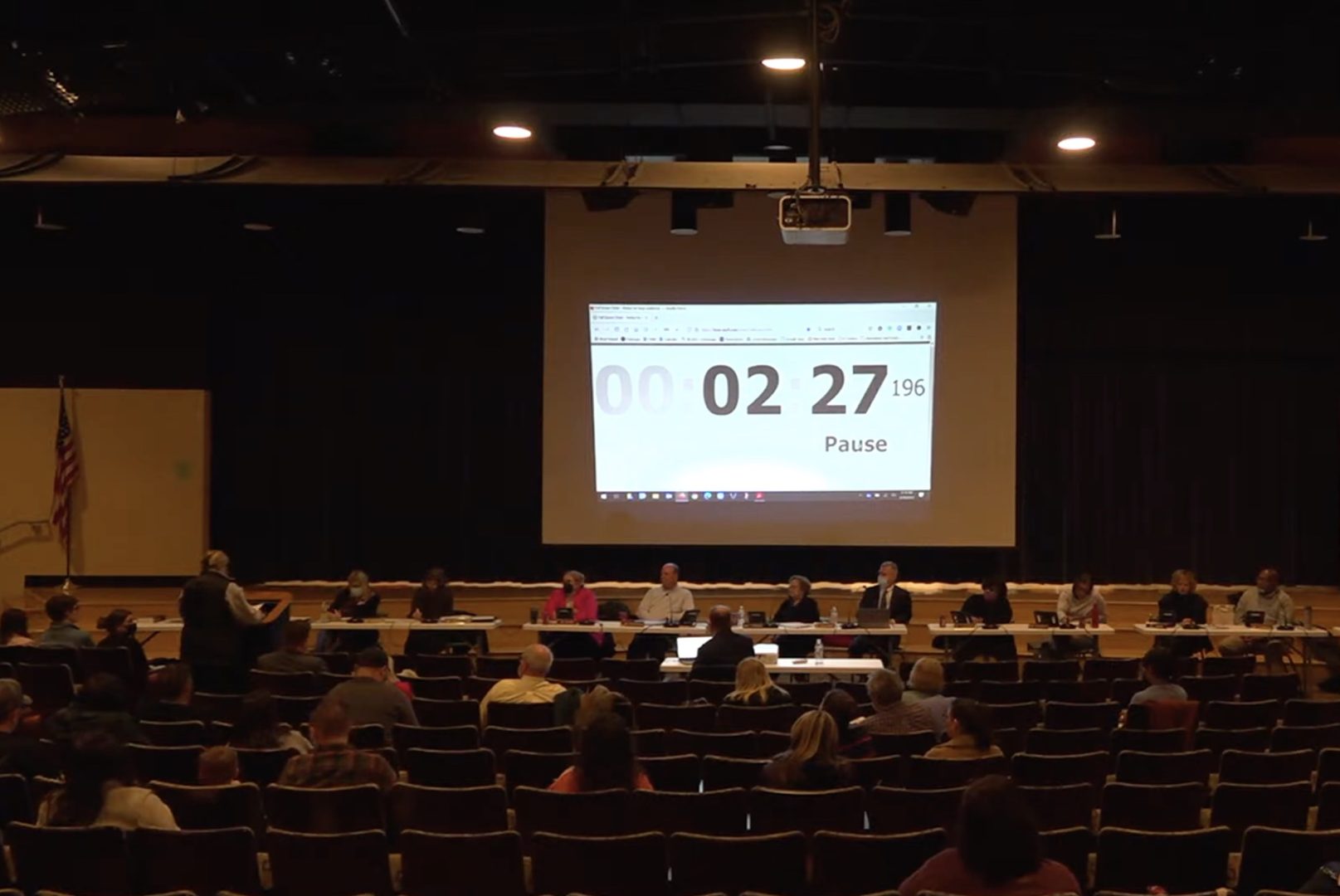 Over the last month, worries about students’ privacy have sprung from one person’s request for information on LGBTQ children in the West Chester Area School District.

The Right to Know Law request, filed by a district resident, stemmed from her objection to availability of the book “Gender Queer: A Memoir” in high school libraries. The request asked for data on the percentage of LGBTQ students in the district, the number of referrals to guidance counselors regarding those students, and how many times the book had been checked out.

Though the request was largely denied with the exception of the book data, the demand for the sensitive information has raised serious concerns about infringement of the privacy of LGTBTQ students and their families. A separate school board decision about whether “Gender Queer: A Memoir” should be removed from the libraries was expected Monday night.

“For instance, there is federal law that prohibits the disclosure of student records. They can be disclosed to the individual student and his or her family, but that they can’t be disclosed beyond that. And even under the Pennsylvania Right to Know Law, there are a number of exemptions that recognize the importance of keeping personal private information confidential, whether that’s around public employees or civilians or government contractors, there are a number of exemptions, which would restrict the ability of the school district to release any kind of student-specific information,” Walczak said.

West Chester Superintendent Bob Sokolowski told WHYY News that he wanted to assure community members that the school district does not keep track of the number of LGBTQ students — part of the reason the Right to Know request was mostly denied — and that he is committed to making sure the district is welcoming to all.

In all his years in education, Sokolowski said, he had never received a request quite like the one submitted last month. He thinks it would be invasive to even collect the data.

The students targeted in the request are not simply abstract numbers to be called on willingly, he said — they are very real, and their issues are “personal” to both him and the school.

“Making sure … that your students know that it’s inclusive and it’s a supportive community is highly important,” Sokolowski said, adding that  he wants kids to be able to see themselves in the media they consume.

“It’s important for students to not only have people that they could identify with in their school, but in something that may be so private and so delicate as sexual orientation, that maybe reading a book can provide them that support and may then lead them to have a better understanding of where they are in their lives,” Sokolowski said.

Walczak said ACLU-PA’s stance is that schools are a place of not only learning about what you know, but also learning about the experiences of people different from you. From his perspective, any district assessing which books belong in libraries using “arbitrary percentages of students” identifying as a vulnerable group is “completely missing the point of education.”

“Those books are not just for LGBTQ students, they are for everybody, and everybody can learn from them. And if the school district were to start making decisions about removing books based on that kind of criteria, they could expect a lawsuit from the ACLU,” Walczak said.

WHYY News was unable to find contact information for Jenifer MacFarland, the resident who made the Right to Know request, to seek a comment from her. An October 2021 Facebook post from the West Whiteland Republicans identified MacFarland as guest speaker for an event condemning critical race theory. It was unclear whether she will continue to pursue the information denied in her Right to Know request.

Parents and community members told WHYY that they were dumbfounded by MacFarland’s request, but ultimately not surprised by the spectacle surrounding it.

Nancy Wood is a parent of four children in the district. She was there Feb. 28, the night of MacFarland’s request.

“As a parent, I was very alarmed. I think most people in the audience were alarmed. There was an audible gasp when she made that request. But I think, reflecting back on it, even beyond the shock value of her asking for that information, if you think about the premise of her question, it really kind of gives insight into the mindset of some of these groups that are working to undermine public education in our communities,” Wood said.

She thinks what’s behind the request represents an “archaic” attitude — which, she added, isn’t how education is supposed to work.

Wood has been seeing a troubling trend in recent years in the West Chester Area School District. She said that she has witnessed a culture of “nonsense” conspiracy theories fuel attacks on parents, teachers, and vulnerable students.

The tool being used the most is fear, she said. And while she supports the district, Wood believes that it has been slow to adapt to the increasingly complex attacks from a certain subset of parents.

She noted the seemingly orchestrated nature of such incidents not only in her district, but across the suburbs, in the Pennridge and Souderton districts for instance, and even statewide.

Groups such Moms for Liberty, a Florida-based conservative nonprofit whose ideologies have spread into Philadelphia’s collar counties, have her concerned, said Bruno, who was also present during February’s public meeting. She said she was shocked, disappointed, and upset by MacFarland’s comments.

“While logically I know that it’s going to be fruitless, I think that the damage is already done within the meeting because she sought to further engage and enrage a group of people who are already up in arms about things that are covered by an individual’s civil rights within a public school system … mission accomplished,” Bruno said.

In the future, she wants the district to be more proactive rather than reactive when it comes to pressure from parents demanding information on vulnerable student groups in the schools.

Bruno is worried about an information gap among parents that could send some into a panic with the most recent behavior.

“I know that our district doesn’t collect [data on LGBTQ students], but the average parent who’s not totally paying attention doesn’t know that. And so should they come across something like an article, they’re going to be like, ‘What do you mean? My gay child is now being put on a list to this random woman just because she requested it,’ So I think proactively discussing what’s protected would really help a lot of parents,” Bruno said.

The ACLU’s Walczak said any time an attempt is made to identify vulnerable minority groups, there are grounds for questioning the intent of the requester.

Going forward, he recommends that districts experiencing these issues consult with their solicitors to ensure that sensitive student information is not being given out to the public.

“The ACLU is very concerned about what we’re seeing across the country, and certainly here in Pennsylvania, where it really is about canceling the voices of Black and brown people and in many cases, LGBTQ folks,” Walczak said.

While Sokolowski understands people’s anger about the situation — he acknowledges that it has been difficult — he also sees a silver lining that could lead to a better outcome.

“This is actually not so much bad news,” he said, “because I think actually, by in some ways drawing attention to this, that this may bring more attention to the importance of LGBTQ rights not just in our school, but in our communities.”