Jayana Tanae Webb was ordered held pending an April 5 hearing on charges that also include second-degree manslaughter of a law enforcement officer.

(Philadelphia) — A judge has denied bail to a woman charged with third-degree murder in an early morning crash on a Philadelphia interstate that claimed the lives of two Pennsylvania troopers and a civilian.

Jayana Tanae Webb, 21, of Eagleville was ordered held pending an April 5 hearing on charges that also include second-degree manslaughter of a law enforcement officer and vehicular homicide while driving under the influence.

WCAU-TV reports that defense attorney Michael Walker argued during the Tuesday night hearing that his client was very young, a first-time offender and posed no danger to the public. The judge, however, agreed with the district attorney’s office that the charges indicated “a public safety issue.” 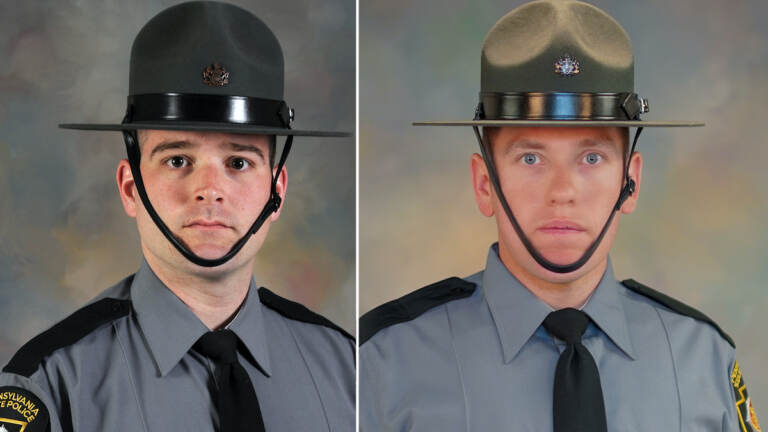 Troopers Martin Mack, 33, (left) and Branden Sisca, 29, were responding to a man walking along the highway at night when a driver fatally struck all three men.

Walker said after the hearing that his client was “devastated” and “extremely saddened.”

Police said a man later identified as 28-year-old Reyes Rivera Oliveras of Allentown was reported walking in the southbound lanes of I-95 near the sports stadiums in south Philadelphia early Monday. Troopers Martin Mack III and Branden Sisca were trying to get him off the road when a vehicle “traveling at a high rate of speed” struck all three, police said. All were pronounced dead at the scene.

Mack enlisted in 2014 and Sisca did so last year; both were assigned to the division that covers Philadelphia and neighboring areas. The Philadelphia Inquirer reports that Mack leaves behind a wife and two children, while Sisca’s wife is expecting their firstborn in July. Gov. Tom Wolf has ordered state flags to fly at half-staff in their honor.