Not everyone is on board with an idea by a group of state senators to slash Pennsylvania's gas tax by a third through the end of the year. 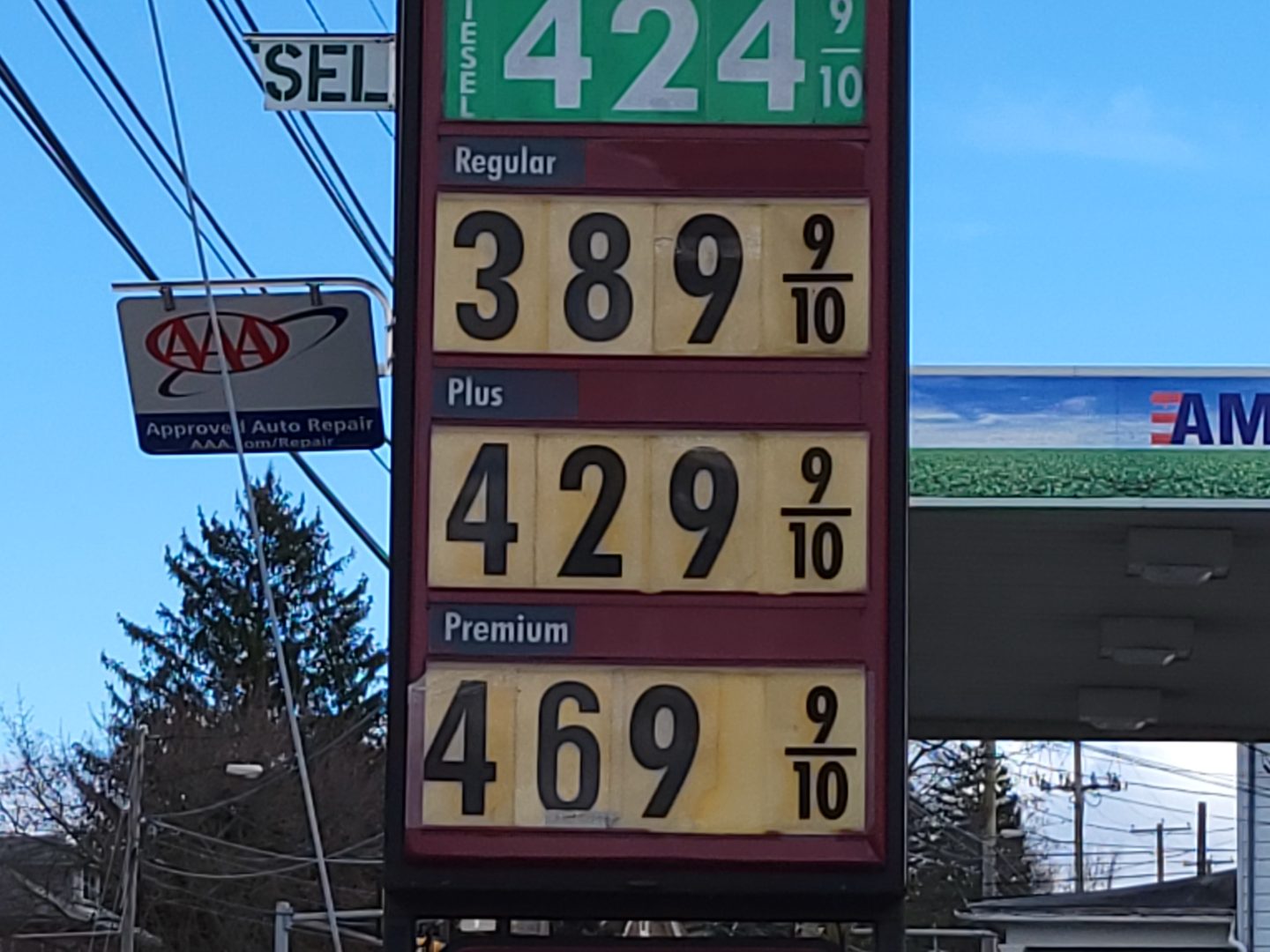 (Harrisburg) – A group of mostly Republican state senators are offering to drop Pennsylvania’s gas tax in an effort to ease the economic pain drivers have been feeling at the pump.

Gas prices for all fuel types are near record-highs. On Wednesday, travel membership club AAA pegged $4.31 as the average price for a gallon of regular gas in Pennsylvania, down slightly from a high of $4.43 earlier this month.

The bill on offer from the group of 16 lawmakers would drop the state’s gas tax of nearly 58 cents to 39 cents per gallon through the end of the year, a difference of 19 cents. A tax decrease usually results in governments getting less money, but the bill suggests replacing any lost gas taxes with $1.15 billion in federal pandemic relief funds and bonds that the state would have to pay back.

The group’s effort mirrors efforts to combat record-high gas prices in at least 16 other states.

“Taking this action now will not only provide much-needed economic relief for families for the upcoming months, but it will help us determine how we can best meet our long-term infrastructure needs without relying so heavily on the gas tax in the future,” Sen. Jake Corman, the bill’s main sponsor, wrote in a co-sponsorship memo.

There’s one clear downside with cutting gas taxes in particular and not replacing the money, even if it’s just for a little while: Pennsylvania ends up with less cash to use for road and bridge repairs, and even the state police.

PennDOT testified to state lawmakers earlier this year that it still needs to repair several thousand bridges across the state and can’t pay for all those repairs, even with the $1.6 billion it’s getting from the federal infrastructure deal.

Gene Barr, the President of the Pennsylvania Chamber of Business and Industry said his association sees the Republican-led gas tax cut idea as “thoughtful,” but adds lawmakers should be wary of any unintended consequences it could produce.

“The only way we fund our roads, bridges and highways is at the pump. When you pull in and fill it up, a portion of your purchase, and it’s sizeable…between the federal and state, goes into that,” Barr said.

“Competition [and] the oil commodity market tends to drive the price more than the tax rate because the tax rate has been stable and has been fixed for many years at this point,” he said. “The price fluctuations you’re seeing on a day-to-day basis have nothing to do with the tax rate changing.”

Wagner cited research that suggests those factors could negate a tax cut. A report by the American Road and Transportation Builders Association shows two thirds of all per-gallon price changes between 2013 and 2018 canceled out gas tax decreases.

Wagner said putting the state’s sales or income tax on hold would be a better way to relieve home budgets, since that would reliably give people more money to spend.

“If you suspend or reduce to some degree, [that] would directly put income in people’s paychecks for a period of time. That would create a dollar-for-dollar consumer benefit.”

Gov. Tom Wolf said he’s asked the federal government to approve a temporary cut in its roughly $.18 per-cent gasoline tax while the price of oil remains high. His administration supports phasing out the gas tax entirely, having called it an “unreliable” revenue source for transportation and public safety.

Last fall, Corman said he accepts Biden’s victory. But he maintains an ongoing election investigation being led by Senate Republicans is warranted.