A judge has tossed out a U.S. Department of Agriculture rule that would have limited food stamps, noting that during the pandemic "SNAP rosters have grown by over 17 percent with over 6 million new enrollees." Here, a sign alerts customers about food stamps at a store in New York City.

More than 1,891,000 Pennsylvanians are now enrolled in the program 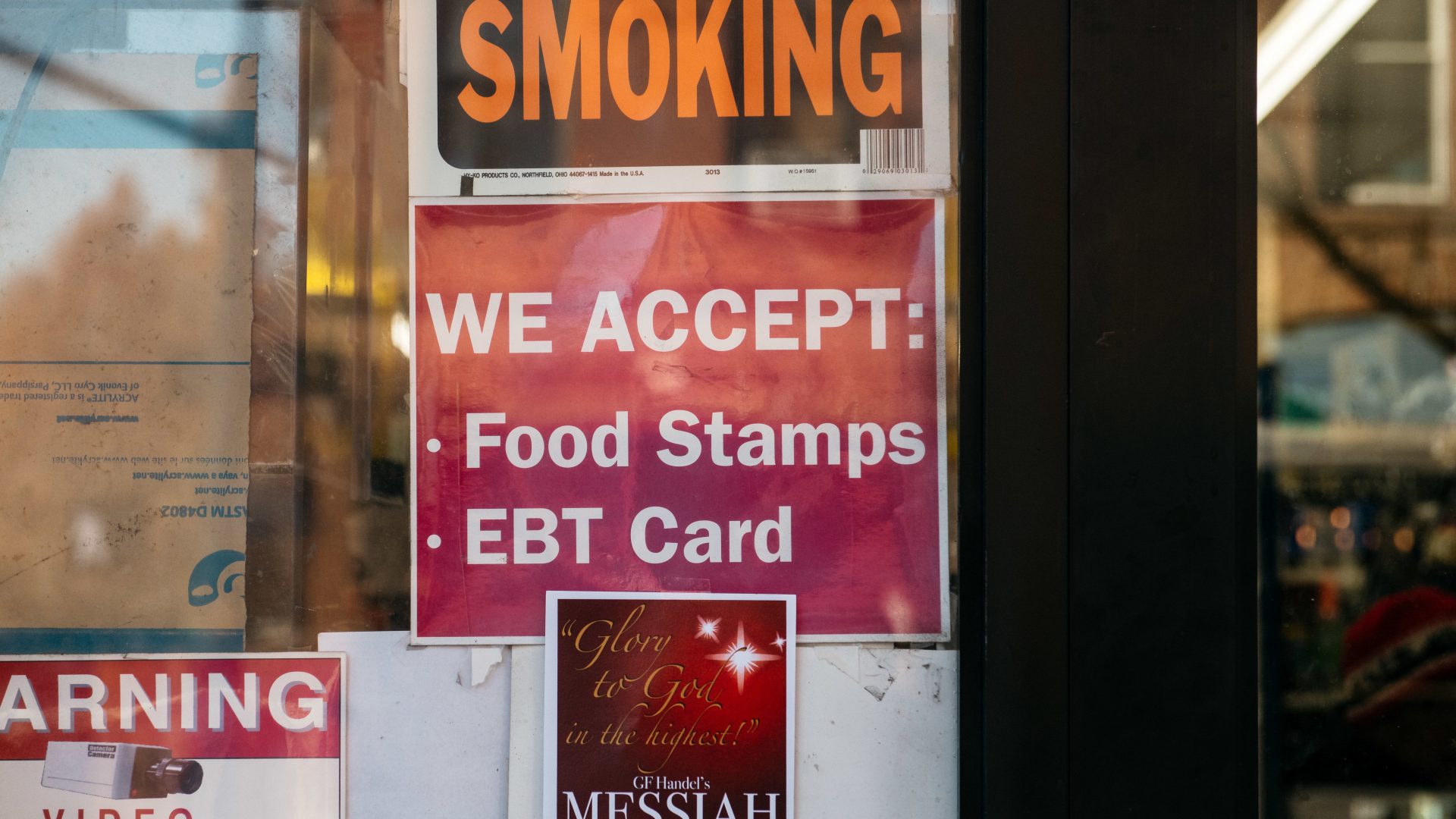 A judge has tossed out a U.S. Department of Agriculture rule that would have limited food stamps, noting that during the pandemic "SNAP rosters have grown by over 17 percent with over 6 million new enrollees." Here, a sign alerts customers about food stamps at a store in New York City.

Enrollment in the Supplemental Nutrition Assistance Program, commonly called food stamps or SNAP, has gone up and down during the pandemic.

But it’s been steadily increasing in recent months in Pennsylvania, with increases during the last seven straight months, according to newly released data from the state Department of Human Services.

More than 1,891,000 Pennsylvanians are now enrolled in the program; approaching the record-setting enrollment levels of the early months of the pandemic.

Advocates and state officials said they can’t point to one specific factor as to why more people have been seeking food assistance in recent months, but there are roughly 140,000 more people in the program than in March of 2020.

Among the potential reasons: increasing food prices might be pushing more people who were already eligible to apply; pandemic-era rules that eased some paperwork requirements making it easier to stay enrolled in the program; or the end of the monthly Child Tax Credit in December, which had provided families with kids up to $300 monthly per child.

The only time statewide SNAP enrollment has been higher was in May and June of 2020, following the initial COVID-related shutdowns, when more than 1.9 million Pennsylvanians were seeking assistance.

Enrollment in the program increased starting in February 2020, peaking in May of that year as much of the economy remained shut down or restricted. Enrollment then fluctuated, going up and down in late 2020 and into 2021, but has steadily been increasing since July of last year.

Trends in Pennsylvania have somewhat mirrored national data, though not entirely.

After declining in June of 2020, enrollment started to tick up again, both in Pennsylvania and nationally in August and September of 2020, according to figures from the U.S. Department of Agriculture.

Participation nationally declined from January to August 2021 and has since been flat or only increased slightly.

In Pennsylvania, enrollment has been increasing since July 2021 and is now approaching its pandemic peak.

While saying it’s hard to know with certainty what is pushing SNAP enrollment up in Pennsylvania, Ken Regal, a longtime advocate who heads Pittsburgh-based anti-hunger group Just Harvest, said any economic recovery from the pandemic is reaching low-income people more slowly.

“Things remain worse for low-income people now than they were before the pandemic,” Regal said.

Because of the unique rules of different safety-net programs, they have not all responded the same way during the pandemic.

Enrollment in Medicaid, also called Medical Assistance in Pennsylvania, has grown significantly, largely because of a federal rule instituted in March 2020 that kept most people enrolled; some of those individuals could lose coverage later this year when the government is expected to declare the public health emergency over. Enrollment statewide is now more than 3.4 million people.

Enrollment in Temporary Assistance to Needy Families, or TANF, declined initially, though enrollment has ticked up slightly in recent months statewide.