“It’s all about how do you survive as a deaf, brown immigrant woman and mother post-2016 election,” 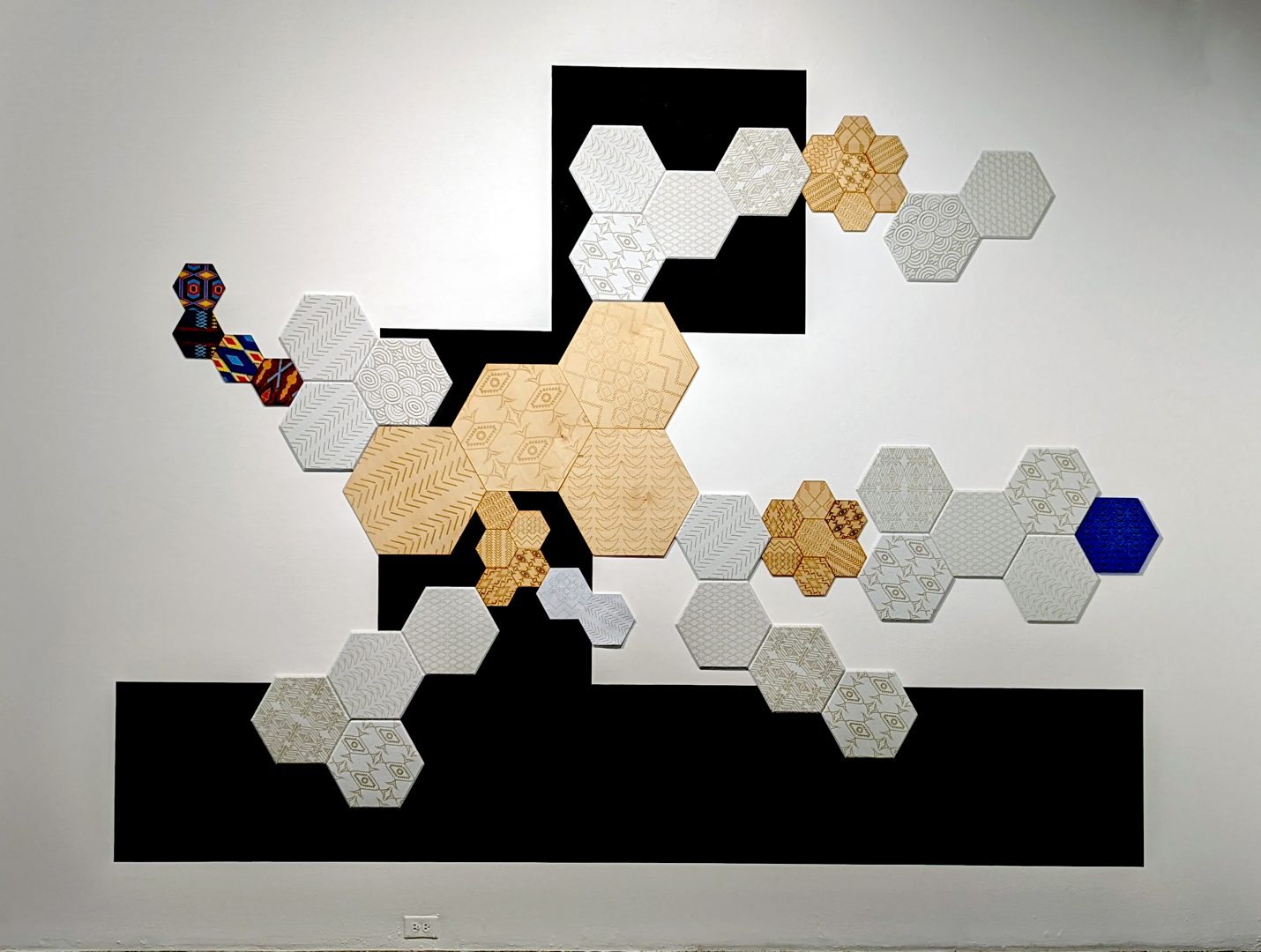 By 2016, Fran Ledonio Flaherty had lived in Pittsburgh for 25 years. She’d arrived here as a 20-year-old immigrant from the Philippines, studied at the University of Pittsburgh, and gone on to raise a family and start a career. 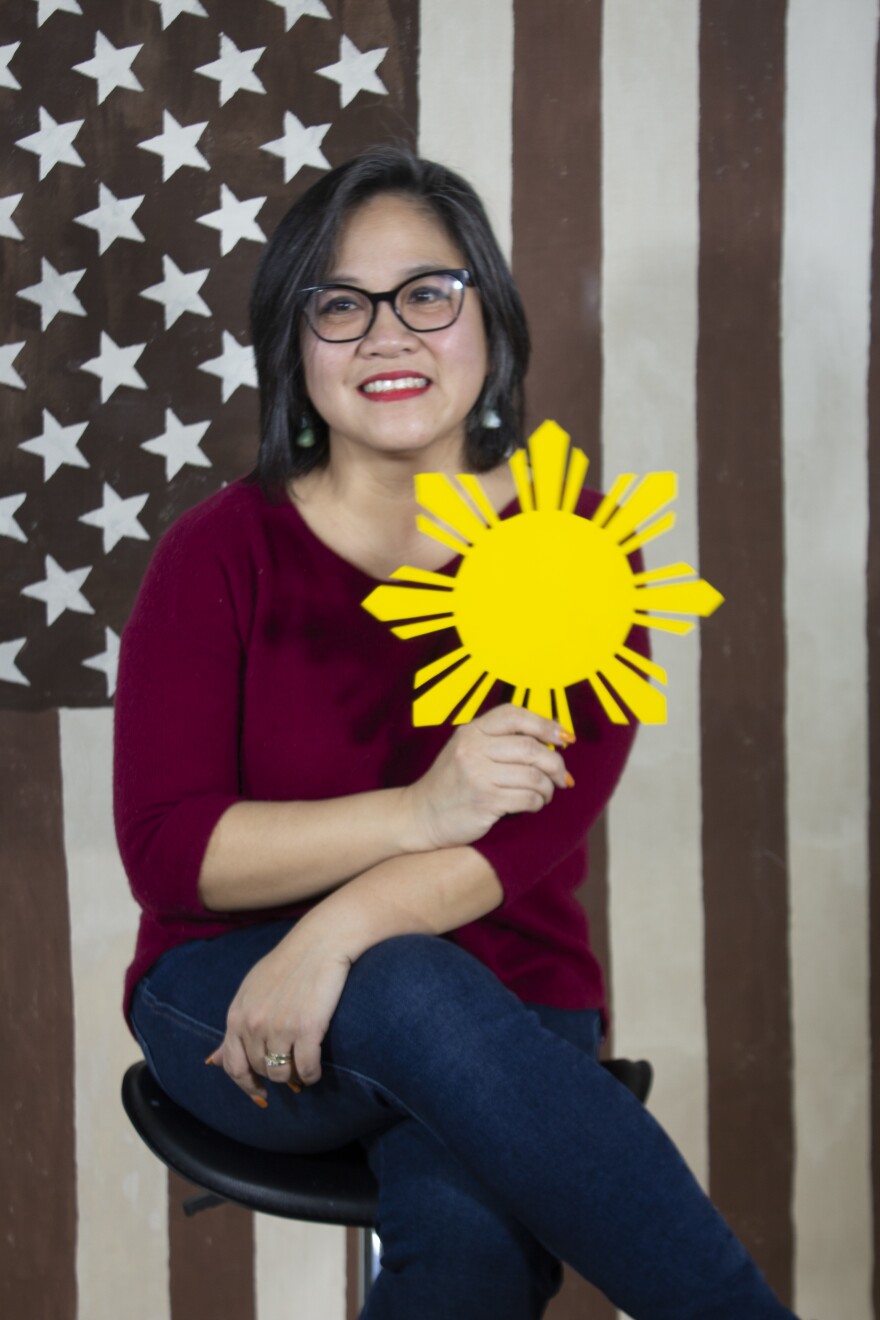 But after the 2016 presidential election, she said, things changed, including spikes in anti-immigrant sentiment and attacks on Asian-Americans. And her new art exhibit, “Deaf Brown American Mom,” is “like my visual diary of everything over the last five, six years,” she said.

The show, Flaherty’s largest solo show ever, features more than 70 works in many media. “It’s all about how do you survive as a deaf, brown immigrant woman and mother post-2016 election,” she said, with a laugh. “It’s been my therapy, coping with it.”

The show opens this week at SPACE gallery.

Flaherty, who has a degenerative hearing condition, uses a hearing aid. She founded Carnegie Mellon University’s Digital Arts Studio in 2010, and since 2014 has taught art at the Western Pennsylvania School for the Deaf.

Among her most widely experienced projects is the Anthology of Motherhood, an installation that has been part of the Three Rivers Arts Festival since 2016. It’s an art space that doubles as a place to feed babies. Other credits include “#CripRitual,” a current group show about disability culture at Toronto’s Tangled Art+Disability Gallery. She’s also active with Pittsburgh’s #notwhite Collective.

Flaherty’s work in general explores the intersection of racism, disability, and motherhood. And she uses everything from traditional media like acrylic paint, photography, and video to 3D printers. “I am a technology junkie,” she said.

Works in “Deaf Brown American Mom” include “Baranggay,” a wall-mounted series of laser-cut hexagons with hand-drawn art inspired by traditional Filipino village designs. (“Baranggay” is Tagalog for “village.”) The piece is about “what it means to be an American right now, being deaf, being a woman, being brown, so it’s kind of like trying to bridge the past and the present,” she said.

Flaherty lives with her family in Allison Park. Of Filipino-Chinese descent, she often still feels like an outsider in Pittsburgh. (Some people, when they learn her ancestry, ask if she knows some other random Filipino they’ve met.) Likewise, her new exhibit references the ways people with “invisible disabilities” are treated. A series of her text-based paintings incorporates comments people have made about her own disability; one reads, “You don’t look deaf.”

Another work is a series of tiny words fabricated from clear acrylic and scattered around the gallery, in the names of disabilities invisible to the naked eye, including “depression,” “anxiety,” and “OCD.”

Flaherty wants her exhibit to help drive a larger conversation.

“The pandemic has really forced us to reevaluate our lives,” said Flaherty. “Labor culture is changing, educational culture is changing, everything is changing. So my thought is … how do we become part of this cultural reset? Because we know the culture has developed into something that is not ideal for us. There’s a lot of discrimination, oppression that’s going on. We have an opportunity to change that culture, or to at least redirect it somewhere … and I’ve basically doing it with my artwork, hoping I can be part of this cultural reset, or at least convey some of my ideas, and hopefully it seeps into people.”

The exhibit also features a show-within-a-show titled “Lockdown,” which explicitly addresses racial justice issues, anti-mask and anti-vaccination protests, and the Jan. 6, 2020, insurrection at the U.S. Capitol.

The opening reception for “Deaf Brown American Mom” is 6-8 p.m. Fri., March 11. The event includes a performance by High Priestess Or Nah and a poetry reading by Veronica Corpuz. SPACE is located at 812 Liberty Ave. More information is here.

NCAA fans expected to spend $10.5 million in Pittsburgh this weekend