The access problems date back to late 2019, when a computer that allowed the public to access criminal records for free was removed from the first floor of the York County courthouse. 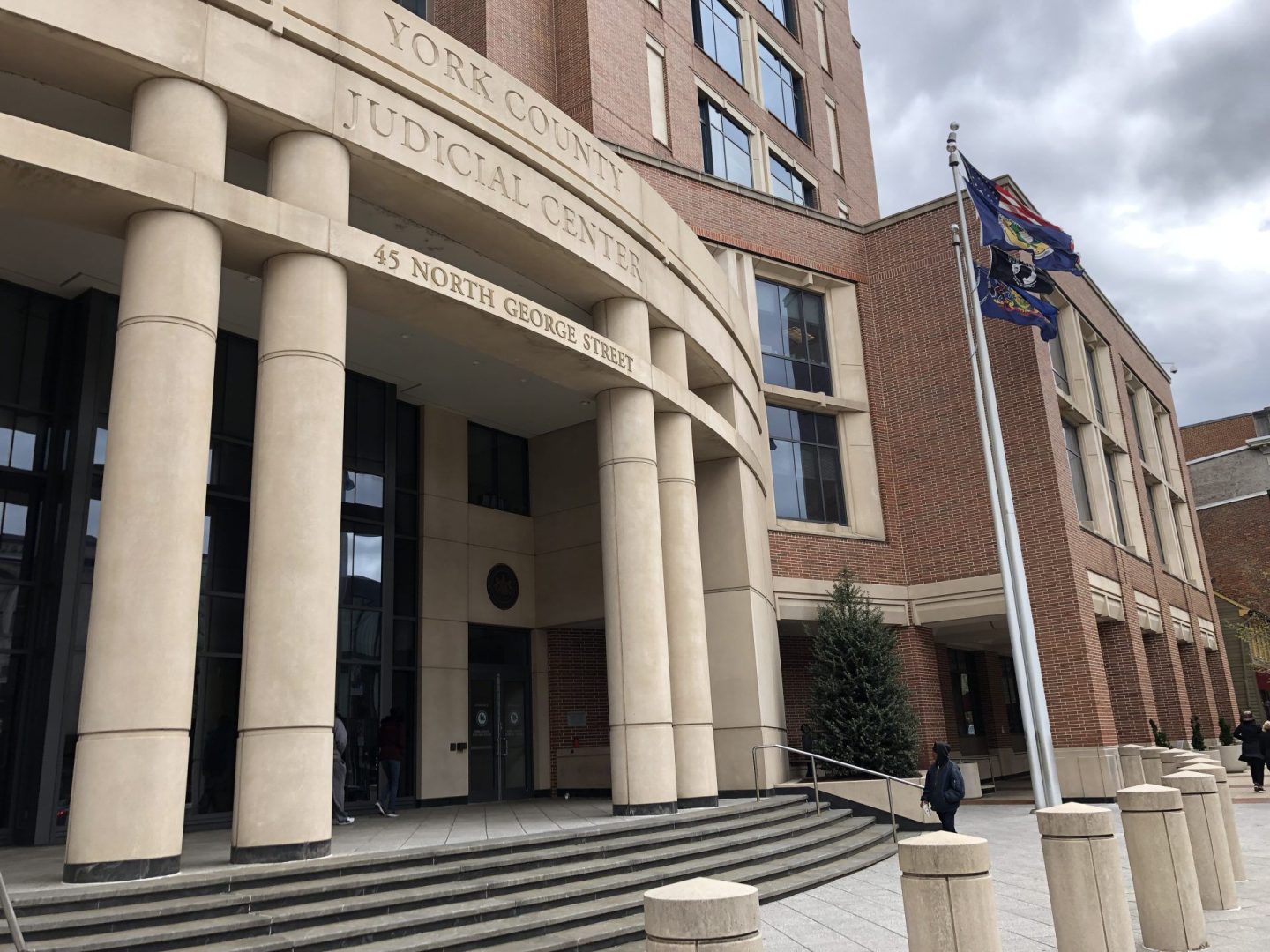 The access problems date back to late 2019, when a computer that allowed the public to access criminal records for free was removed from the first floor of the York County courthouse.

(Harrisburg) — Spotlight PA and four other Pennsylvania news organizations are suing the York County Clerk of Courts over alleged First Amendment violations after the office shut off free, easy access to criminal court records and instituted a policy that slowed their release.

The news organizations argue that the clerk’s office violated policies set by the state courts as well as the state and federal Constitutions when it repeatedly delayed access to records that outline the basics of a criminal case and why a person has been accused of a crime.

The office also has inconsistently and inexplicably redacted some of the records before releasing them to reporters, obscuring public information that is critical to understanding and reporting the details of a case, according to the lawsuit filed in federal court Friday.

Access to the judicial system helps keep the press and public informed on what’s happening in the courts and in communities, said Sasha Dudding, a legal fellow for the Reporters Committee for the Freedom of the Press, a journalism-focused legal services group that is representing the newsrooms. Dudding is joined by Paula Knudsen Burke, an attorney who has helmed other suits over records in Pennsylvania.

“When court access is delayed or denied entirely, it makes it more difficult for journalists to report on, and for communities to oversee the judicial system, law enforcement, public spending, and government officials,” Dudding said. “Both the state and federal Constitutions guarantee this right of access that all sorts of people count on.”

The complaint names York County Clerk of Courts Daniel J. Byrnes, a Republican who was elected to the position in 2020, as the sole defendant.

“The York County Clerk’s Office flatly rejects the unfounded claims made in this frivolous lawsuit,” Byrnes said in an email to a Spotlight PA reporter on Monday. “The Clerk’s office has balanced the needs of the press and public with the privacy rights of individuals including victims involved in criminal cases. During my tenure the Clerk of Courts Office has actually expanded free public access to the public, especially to those facing a financial barrier to information. This office’s decisions on these matters are in accordance with criteria set by the courts and guidance provided by [the] state.”

Spotlight PA joined the York Daily Record, The York Dispatch, LNP Media Group, and Harrisburg-based public broadcast station WITF in the lawsuit. In addition to advocating for the public’s right to access records, the outlets rely on judicial records maintained by the York County Clerk of Courts to provide news coverage.

In September, Spotlight PA reporters were among those who attempted to obtain records from the clerk’s office. Responses to those requests took at least one day and contained some redactions, according to the lawsuit.

Of the 42 case records requested by media outlets that month, only one was received on the same day and without redactions, according to the Reporters Committee.

The access problems date back to late 2019, when a computer that allowed the public to access criminal records for free was removed from the first floor of the York County courthouse. The public could still see those records using computers on the fourth floor.

Then, in February 2021, the clerk’s office informed the news organizations it would start charging for both electronic and paper copies of records. Those fees exceeded what was normal for the state and created financial barriers, according to the complaint.

Since then fees have been enforced inconsistently, ranging from no cost for emailed copies of records to $14.25 per request for printed or emailed copies, according to the lawsuit.

Finally, in April 2021, the clerk’s office disabled the software used by the public to access court filings on the fourth floor computers. The complaint alleges that Byrnes directed his staff to personally handle records requests and initiated a policy for reviewing and redacting those documents — a move that conflicts with state court policies that say it is not the responsibility of the clerk’s office to redact records.

Court documents are sometimes filed in a way that protects details like Social Security numbers, bank accounts, or the names of minors. But the clerk’s office went too far, according to the complaint, by sealing entire cases and holding them for review.

Byrnes’ policies have resulted in delays that affect the timeliness and news impact of the information, Dudding said.

Currently, members of the public and reporters must request records from the York County Clerk of Courts in person or by email, Dudding said.

The news outlets seek an end to the clerk’s office practice of reviewing and redacting records before they are released.

The lawsuit coincides with Sunshine Week, a period in March when news media across the country call attention to the work journalists do to fight for public records and transparency in government.