MEDYKA, POLAND - MARCH 10: Women and children who have fled war-town Ukraine walk to board a train to transport them to Przemysl main train station after crossing the Polish Ukrainian border crossing on March 10, 2022 in Medyka, Poland. Over one million people have arrived in Poland from Ukraine since the Russian invasion of February 24, and while many are now living with relatives who live and work in Poland, others are journeying onward to other countries in Europe.

How some Pennsylvania organizations are responding to the Ukrainian refugee crisis 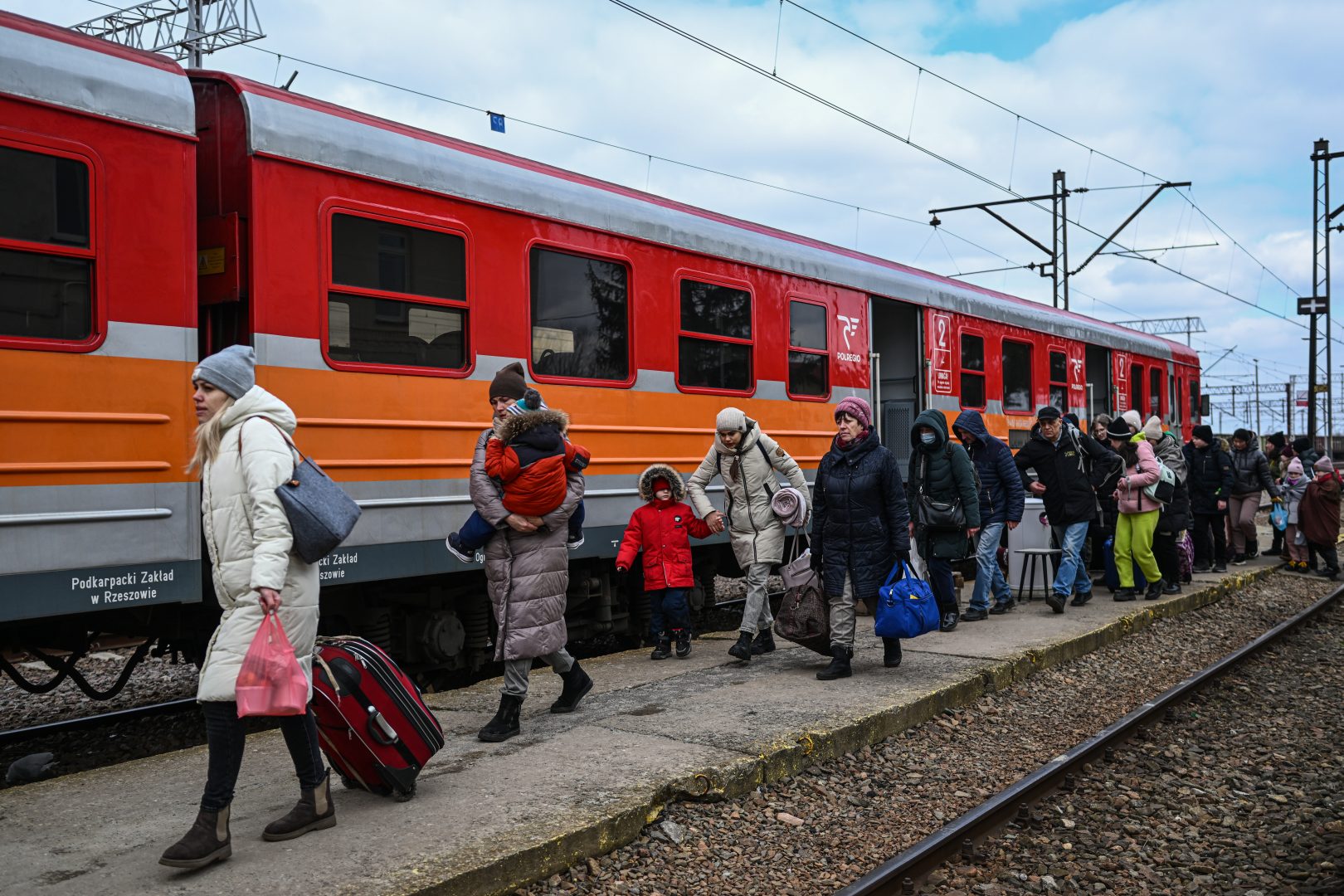 MEDYKA, POLAND - MARCH 10: Women and children who have fled war-town Ukraine walk to board a train to transport them to Przemysl main train station after crossing the Polish Ukrainian border crossing on March 10, 2022 in Medyka, Poland. Over one million people have arrived in Poland from Ukraine since the Russian invasion of February 24, and while many are now living with relatives who live and work in Poland, others are journeying onward to other countries in Europe.

Some refugee resettlement programs and charities in central Pennsylvania are looking for ways to help Ukrainians who are fleeing war.

The Russian invasion has caused the largest refugee crisis since World War II. For now, it is uncertain whether the U.S. will agree to accept Ukrainian refugees.

But organizations in the region are getting ready in case they’re needed.

In Ephrata, volunteers from Bethany Slavic Church have raised more than $200,000 to help Ukrainian refugees. Church members are working with contacts in Poland to manage a network there that helps connect refugees with temporary housing.

“We felt it was our calling to do something about it, to step up to the plate, and we have family back home, and here’s the scary thing –  we have family on both sides,” said Andrey Teleguz, principal administrator of the Ukraine aid fund. He has family in southwestern Ukraine, and his wife, who is Russian, has family in Taganrog, Russia.

The group is partnering with churches in Ukraine to provide food and other humanitarian supplies to cities in western Ukraine. They send money for gas and supplies to volunteer drivers who risk their lives by driving vans into active war zones and border crossings.

When it becomes possible, the church would also like to use the fund to help new Ukrainian refugees coming to the United States.

“There are many people who are calling us and asking, and they’re saying we’re willing to help refugees here in the States,” said Konstantin Reznik, mission pastor and elder at Bethany Slavic Church.

Reznik and his family fled religious persecution in Ukraine and came to the United States in 1995 when he was 14. He lives in Denver, Lancaster County.

“My parents were really concerned that the Soviet Union will attempt to come back together sometime in the future, which is what we’re seeing unfold right now,” Reznik said.

Other midstate resettlement refugee programs are also standing by. 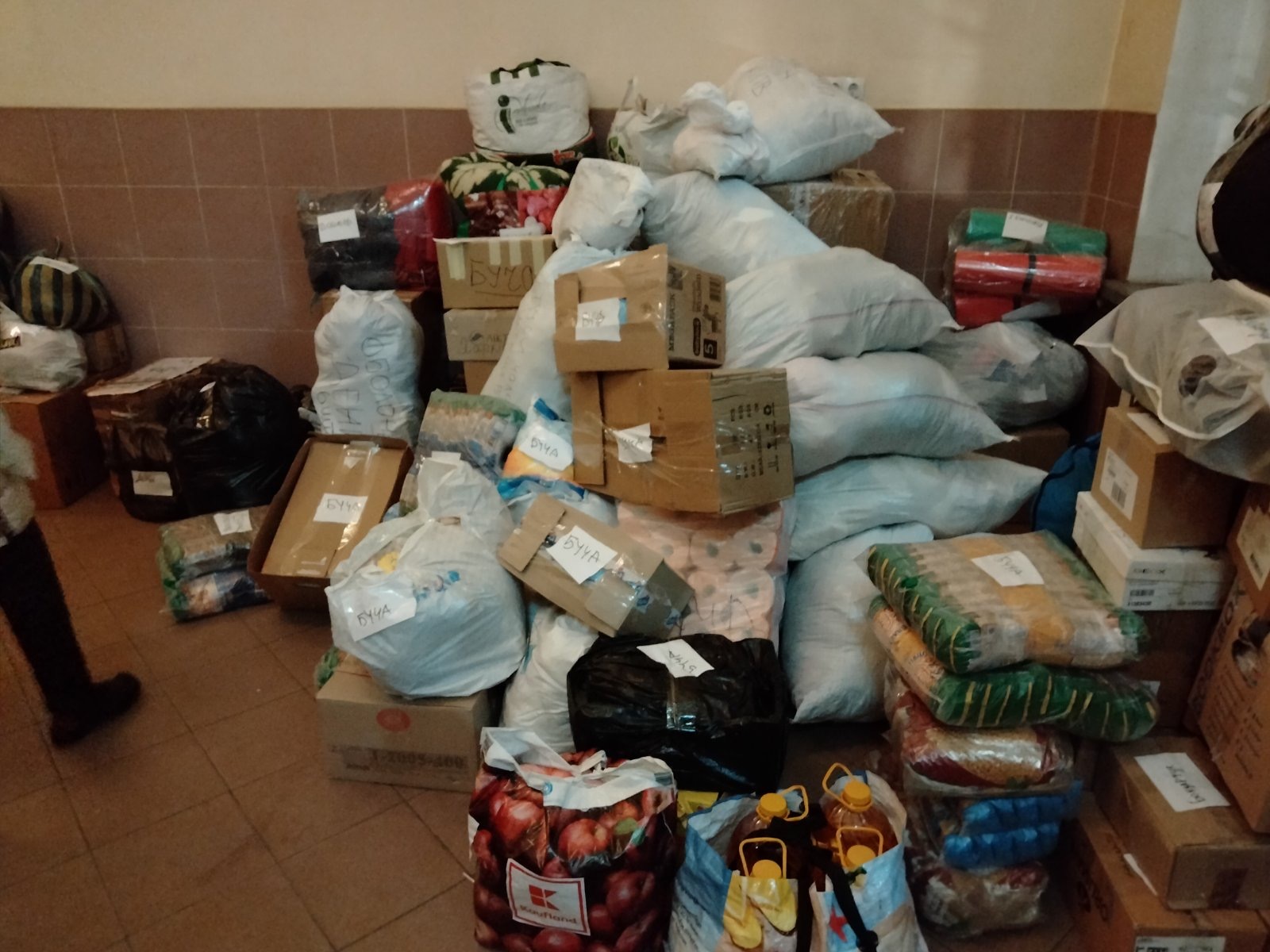 A batch of humanitarian supplies sent to Ukrainian refugees by Bethany Slavic Church in Ephrata.

Church World Service in Lancaster says it’s too early to understand the impact the crisis will have, but it’s ready to help.

“Refugees fleeing Ukraine are joining the over 86 million people who are forcibly displaced worldwide. CWS continues to advocate for a robust U.S. resettlement program so that individuals and families fleeing life-threatening conflict and persecution can find refuge,” Rachel Helwig, CWS Development and Communications Manager, said in a statement.

In Harrisburg, Catholic Charities says it has not been notified of Ukrainian refugees who might be assigned to their program, but they are also monitoring the conflict and any changes of immigration policy on the federal level.

“Our immigration and refugee program here in the Diocese of Harrisburg, is prepared to accept refugees should there be any that comes to our area,“ executive director Kelly Gollick said.

Phuong Truong, executive director at International Service Center in Harrisburg said he does not know of any Ukrainian refugees coming to the area yet, but the center is preparing by looking for potential housing. Truong says the center has been receiving calls from Ukrainians living in the state who are worried about their relatives back home and want to get information on how they can bring them to the United States.

“I know that there are many of them who are anxious for the safety of their relatives back home, but it’s kind of too late and too early–too late for them to get out and too early for them to be accepted here as refugees.”

The organizations might also get help from the state. Gov. Tom Wolf has said the state welcomes Ukrainian refugees and supports legislation that would secure $2 million to help them.

“What the state funds do is provide flexible ways for us to invest in the search services for these refugees,” said Sen. Lindsey Williams (D-Allegheny), who is introducing the Senate version of the bill. “We don’t know what they need right now, so allowing the local organizations that have the expertise and are working in this space, have the funds to help these refugees is really critical.”

But some agencies say the amount of refugees who will be able to come to Pennsylvania depends on actions from the federal government.

HIAS Pennsylvania says the federal government needs to expedite the health and security vetting of Ukrainian refugees seeking to relocate to the United States with family, and increase the amount of staff overseas in the U.S. Embassies to handle cases. Currently, the amount of time to apply to come to the United States through the family petition process takes up to 3 to 5 years, the group said.