A person walks past the Interstate-95′s mile-long double-decked Girard Point Bridge in Philadelphia, Wednesday, Feb. 24, 2021. PennDOT named several bridges including the Girard Point Bridge that it said it is considering tolling to pay for the reconstruction. (AP Photo/Matt Rourke) 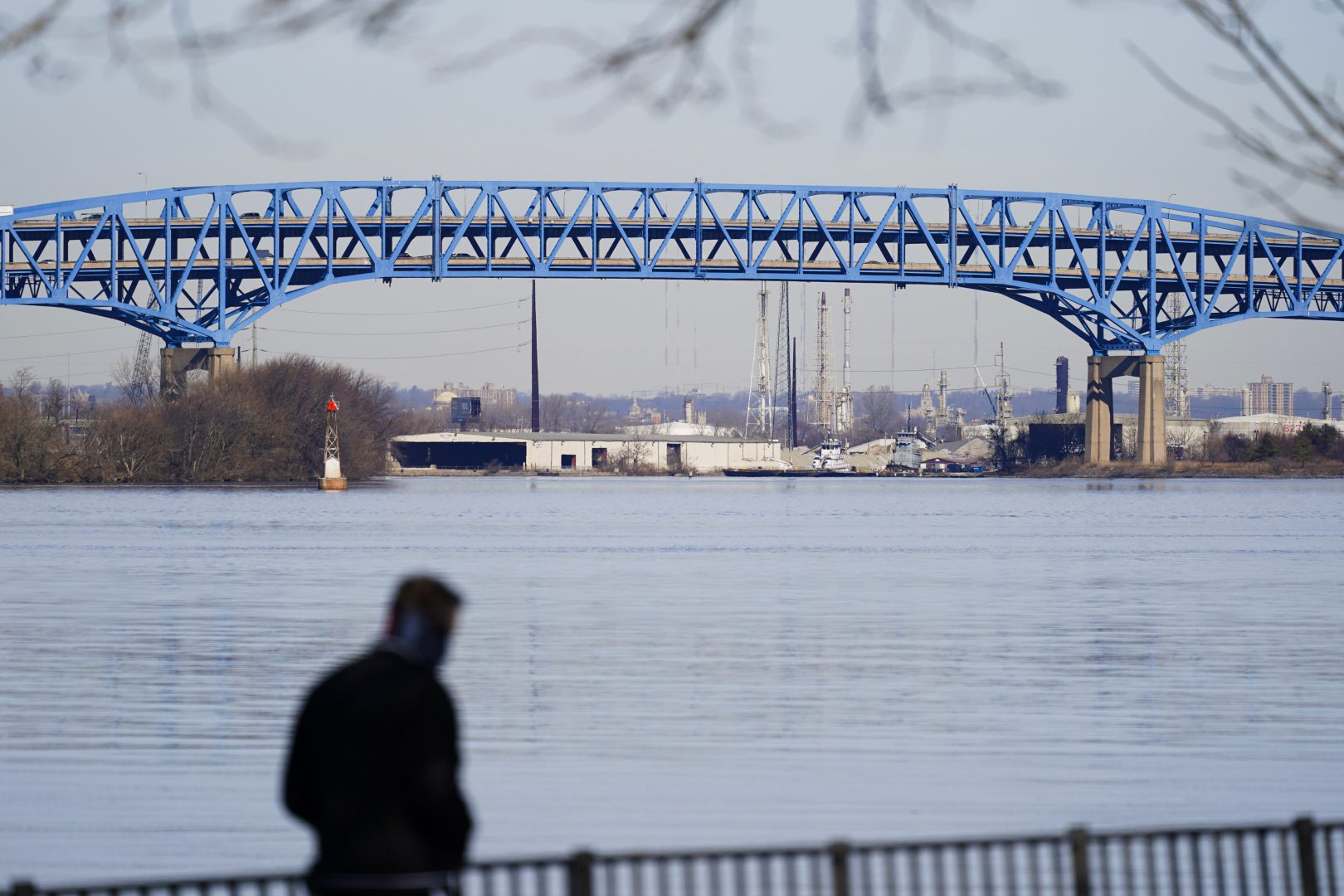 A person walks past the Interstate-95′s mile-long double-decked Girard Point Bridge in Philadelphia, Wednesday, Feb. 24, 2021. PennDOT named several bridges including the Girard Point Bridge that it said it is considering tolling to pay for the reconstruction. (AP Photo/Matt Rourke)

(Harrisburg) — Gov. Tom Wolf’s administration has picked a consortium of companies to manage construction on as many as nine major interstate bridges in Pennsylvania — upgrades on the aging spans that are to be paid for by tolls under the administration’s current plan.

Wolf’s push for tolling comes as states increasingly look to user fees to make up for declining gas tax revenue. However, it has spurred opposition from some communities and Republican lawmakers, who say it will be costly to locals and businesses and create congestion.

Wolf’s Department of Transportation selected the group from among three finalists, but also said Wednesday that it has not decided which of the nine bridges it will toll.

The application includes four other firms that specialize in design or heavy construction and that have U.S.-based parent companies with a headquarters in Pennsylvania.

Republican lawmakers have countered that the Wolf administration could instead use billions in federal infrastructure aid or borrow the money from the federal government. But PennDOT has said neither helps fix a long-term gap of billions of dollars.

PennDOT and the consortium — called Bridging Pennsylvania Partners — will now enter into a “pre-development agreement” to finalize the design and packaging of the bridges to be built, financed and maintained, PennDOT said.

The nine candidate bridges are I-78’s Lenhartsville Bridge in Berks County; I-79’s bridges over State Route 50 in Allegheny County; I-80’s bridges across Canoe Creek in Clarion County, Nescopeck Creek in Luzerne County, North Fork in Jefferson County and the Lehigh River, near Wilkes-Barre; I-81 over the Susquehanna River in northern Pennsylvania; I-83’s South Bridge across the Susquehanna River, a mile (1.6 kilometers) from the state Capitol; and Girard Point Bridge on I-95 in Philadelphia.

The bridges were selected because they are relatively large, costly projects that require improvements sooner, PennDOT has said. The agency tried to give geographical balance to the bridges it selected to distribute the impact.

Tolls would be between $1 and $2, probably both ways, raise more than $2 billion and could last from the start of construction for up to 30 years, the length allowed under current law, PennDOT officials have said. Gantries installed at the bridges would read E-ZPass transponders or license plates to collect fees.

PennDOT said it is in the midst of conducting public hearings and environmental reviews on the bridges.

The first package of bridges is scheduled to be under contract by December, it said. After the design process, construction is expected to begin between fall 2023 and spring 2024, it said.

Pennsylvania’s gasoline taxes are among the nation’s highest, but PennDOT has said its current highway and bridge budget for construction and maintenance is about $6.9 billion per year, less than half of the $15 billion that is needed to keep Pennsylvania’s highways and bridges in good condition and ease major traffic bottlenecks.