The web version of the See Click Fix app

So far, more than 2,000 issues reported on the app have been resolved. 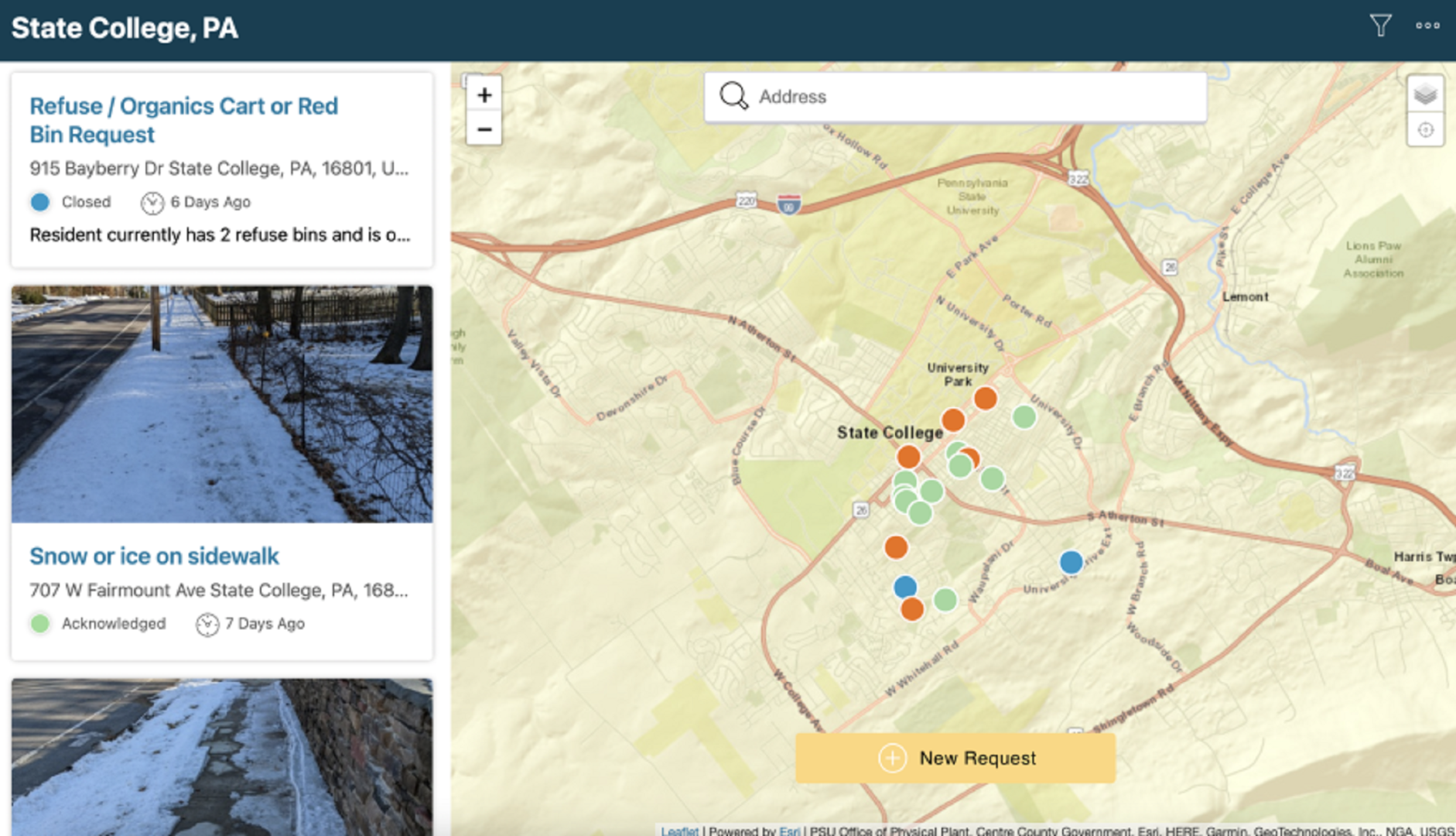 The web version of the See Click Fix app

(State College) — State College Borough employees say an app instituted by the borough in September is helping them get to issues reported by residents more quickly.

So far, more than 2,000 issues reported on the SeeClickFix app have been resolved. Citizen reports range in topic, including overgrown vegetation, broken traffic signals and bulk item pickup. Tracey Miller is the IT Project Manager for the State College Borough. She said the app has made communication between citizens and local government more efficient.

“I know in talking to our refuse crew, they have had a lot of more direct interaction with their customers and being able to, if there are any issues, handle those right away instead of having to wait,” Miller said.

Douglas Shontz is Assistant to the Manager for the State College Borough. He said while the app went live last September, it was not fully launched. Since then, the borough has introduced more features, including the option for users to receive push notifications with timely updates.

“You’re able to get your full use out of it by registering to utilize the application because we’re able to have those two-way conversations, we’re able to update you on open tickets, and then also the push notifications,” Shontz said.

SeeClickFix is available in the app store. A web version with fewer functions is available on the borough’s website.