About 100 people gathered by the steps in front of Old Main at Penn State University to stand in solidarity with Ukraine. Chanting, singing and speeches all occurred during the rally on March 4, 2022. 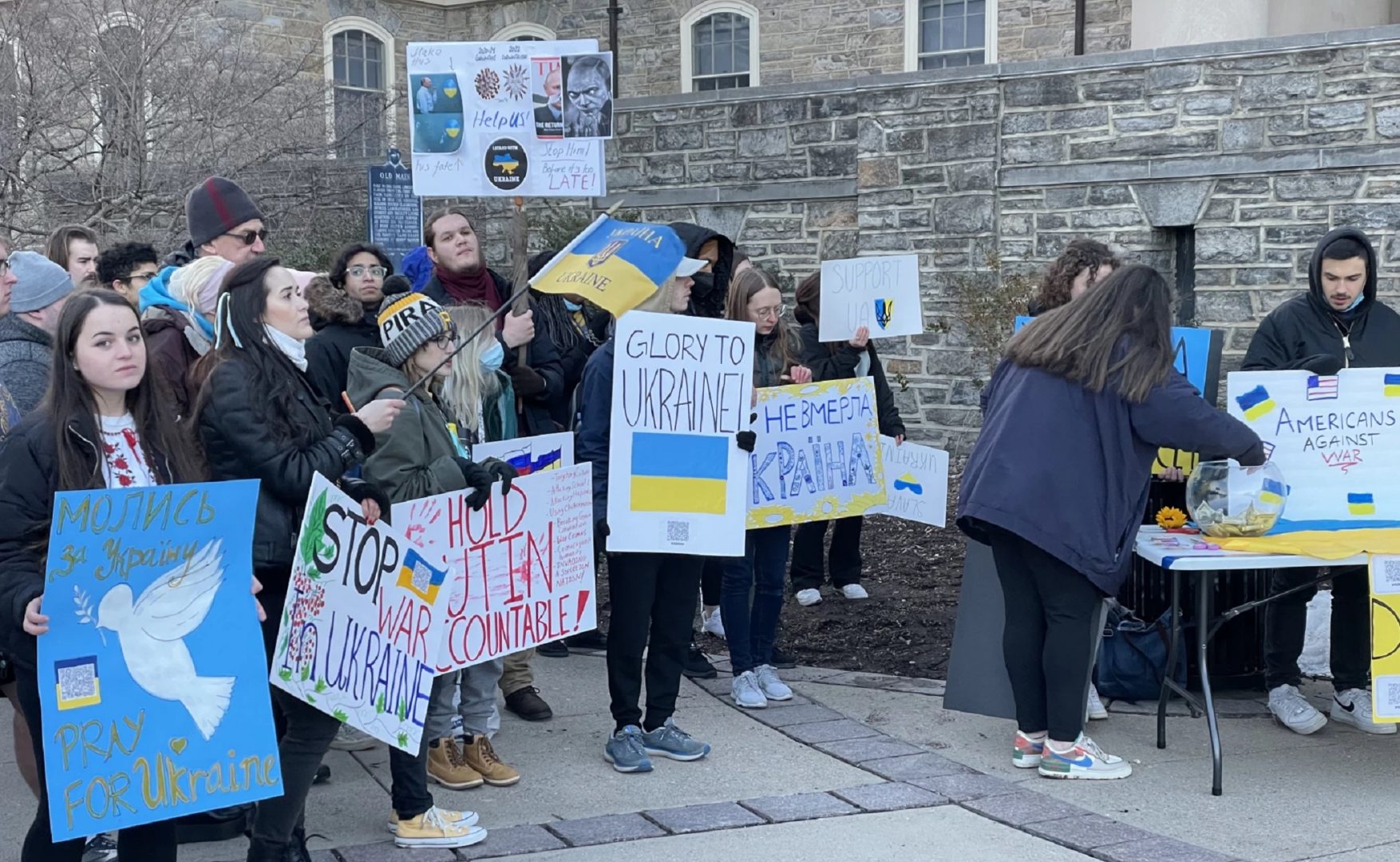 About 100 people gathered by the steps in front of Old Main at Penn State University to stand in solidarity with Ukraine. Chanting, singing and speeches all occurred during the rally on March 4, 2022.

(State College) — The PSU Ukrainian Society held a rally with over 100 people Thursday in front of Old Main. Attendees sang traditional Ukrainian songs, chanted and held candles for those who have been lost.

Last week, a first protest took place in front of the South Allen Street gates on Feb. 24. Vice president of the Ukrainian Society Sophia Datsko said that more people attended this rally compared to the last one.

“We wanted a larger turnout. That was one of our goals compared to last week. We wanted to raise as many donations as possible for our Venmo account,” said Datsko.

Datsko said she wants to spread the word about what is going on and help Ukraine as best she can. The senior student has deep roots in the country.

“My family currently lives there. I worry for them on a daily basis, we communicate on a daily basis just to make sure that they are physically safe as of right now they are,” Datsko said.

Datsko said she is constantly on her phone checking for updates and making sure her loved ones are OK.

Penn State University has also shown its support by lighting up the Bryce Jordan Center with the Ukrainian flag colors on both Wednesday and Thursday evenings.

President Eric Barron also released a letter in support of Ukraine and encouraged students to talk about what is going on and get help if they need it.

Datsko said the Ukrainian society is planning different fundraisers, events and plans on selling things in the HUB to help out Ukraine during these times.