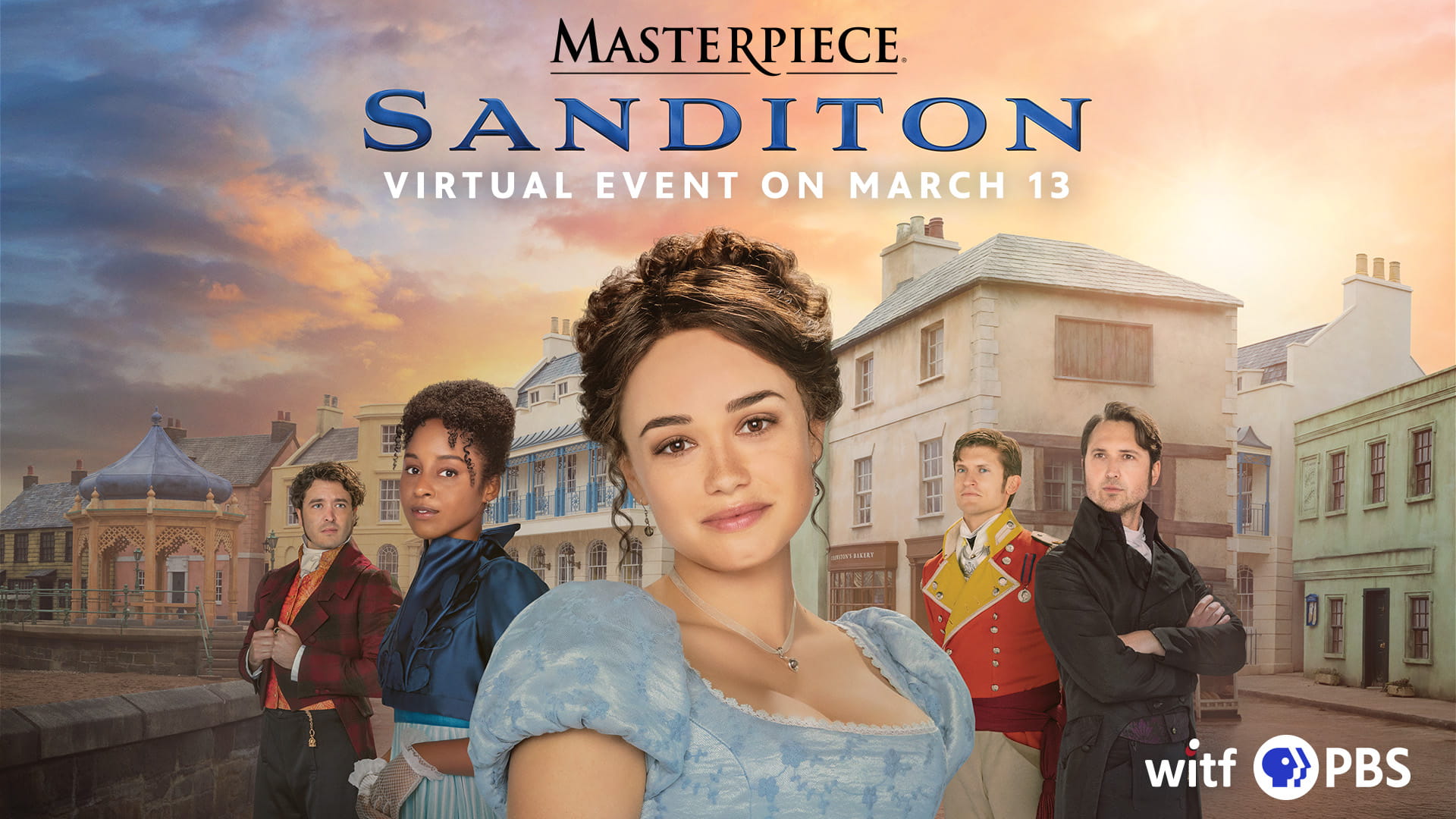 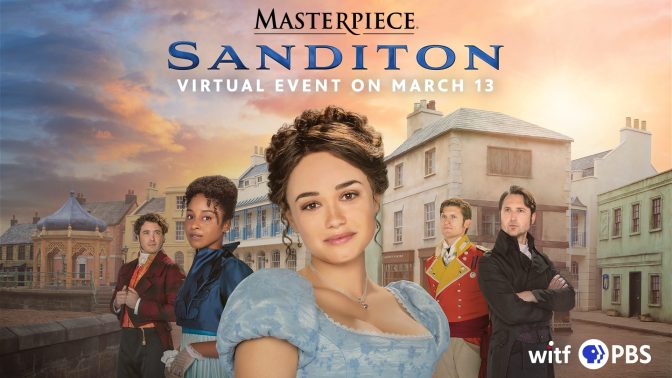 You’re invited to join the cast and crew of Sanditon for a sneak peek of season 2 followed by a live Q&A.

The fan-favorite drama inspired by Jane Austen’s final, unfinished novel is back! Join MASTERPIECE and PBS for an exclusive Sanditon sneak peek of season 2 followed by a live Q&A with the show’s cast and crew.

Once registered, you’ll receive a unique, nontransferable link for the virtual event.

Daylight Saving Time takes effect on this date. Please be sure that you “spring ahead” so you don’t miss the event.

The Q&A will be moderated by Meghan O’Keefe, Deputy Editor at Decider. Featured cast and crew include:

Watch season 1 now on the PBS Video app! WITF Passport members will have one-week early access to season 2 episodes after the broadcast premiere.

After the first season’s finale left viewers hanging in suspense, the story continues with its high-spirited heroine, Charlotte Heywood, returning to the picturesque coastal resort of Sanditon and the companionship of her friend Georgiana Lambe. What adventures, scandals, intrigue and above all else – romance – await Miss Heywood this season?