Rafael Torres and Maribel González, cofounders of WEPA in Lebanon, tour the new home for the organization's forthcoming technical career center in the former Elks Lodge.

A 40-year-old Latino organization in Lancaster is a model to help growing communities. 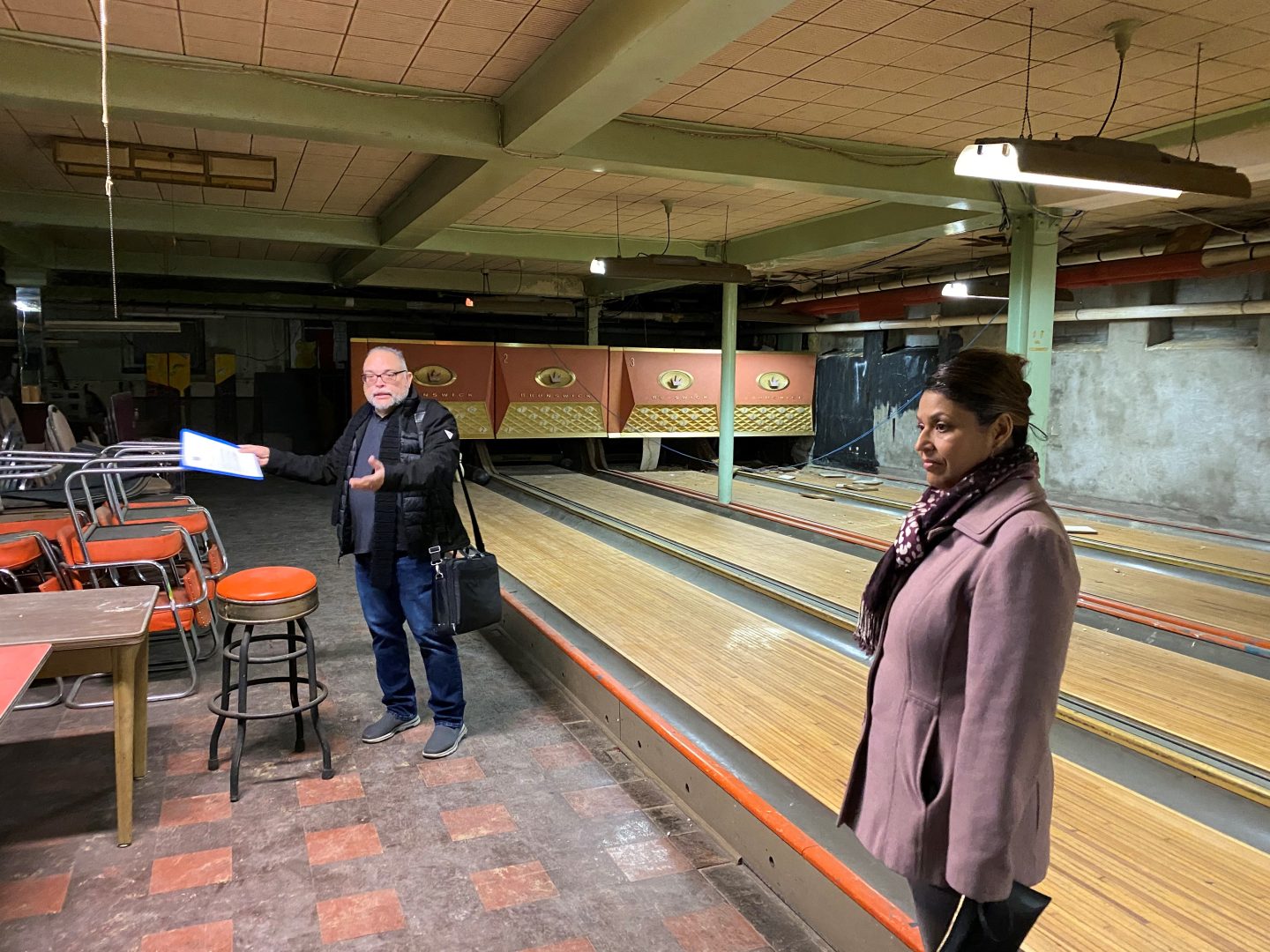 Rafael Torres and Maribel González, cofounders of WEPA in Lebanon, tour the new home for the organization's forthcoming technical career center in the former Elks Lodge.

Thirty-five-year old William Moran is among a class of aspiring plumbers, as they work on how to put a new thread on a bare pipe.

Moran is currently working in plastic manufacturing in Manheim. But in less than six months, he aims to be a licensed and working plumber.

“I’ll work for someone and then buy my own tools. When I have my tools, then I will go on my own,” the El Salvador native said in his native language of Spanish. “That’s my dream…to start small but think big.” 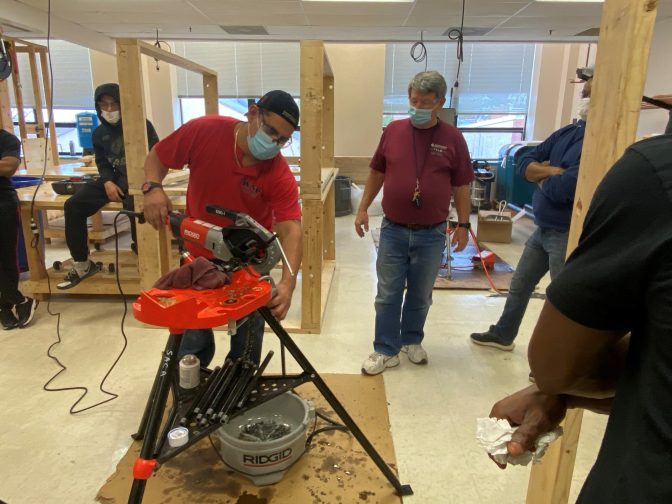 For the past eight years, Tec Centro has been helping men and women like Moran. The facility is an initiative of the 40-year-old civic group the Spanish American Civic Association, or SACA.

Thaddeus Stevens College provides certifications in trades such as becoming a plumber and electrician.

Tec Centro Program Director Marlyn Barbosa said many of the people who come into the center are not unemployed. Rather, 70 percent are under-employed.

“[People take] a lot of part-time jobs, manufacturing, janitorial, that we’re paying enough to sustain a family,” Barbosa said. “So a lot of families have to get two or three jobs.” 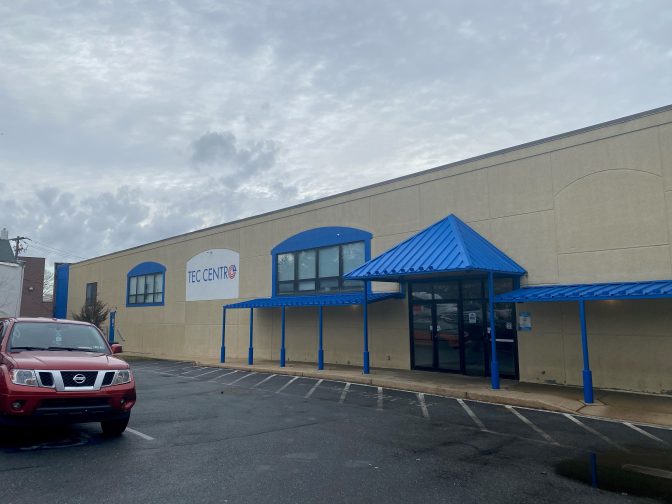 Centro’s financial impact in the Lancaster area totaled more than $11 million coming back into the region’s economy through increased wages, according to an analysis from the Economic Development Company of Lancaster.

Barbosa said 85 percent of students in the Tec Centro program are able to increase their income by at least 40 percent due to their improved skills in high-demand professions.

Around nine out of 10 graduates obtain jobs that start at $25 and above, according to SACA president Jose Lopez.

Lopez said he is proud of the organization’s legacy in the area, from it’s affordable housing to its radio stations and now – helping other Tec Centros get off the ground.

“There’s no other tech center like this,” Lopez said during a visit to one of two SACA Tec Centro locations in the city. “As a matter of fact, there’s going to be four — one in Reading. We have a relationship ongoing with folks in York, and in Lebanon.” 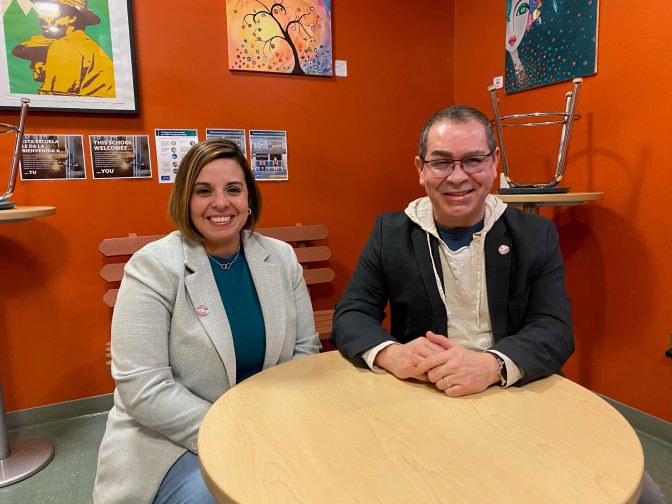 The Berks Latino Workforce Development Corporation was directly inspired by SACA’s work and the corporation has consulted with the organization for strategic planning and building its programs.

The corporation was initially launched in May, 2019, and last July, it purchased a standalone physical location in South Reading.

Located in a bustling neighborhood where the majority of neighbors are Latinos – many of them Spanish-speaking – the organization is a hub for people looking for better work to connect with Berks County employers.

Darlene Garcia, the corporation’s executive director, said since the population in the surrounding communities hails heavily from the Caribbean, English training is the number one resource people utilize.

But the other employment training offered is an advantage for neighbors, she said.

“The great thing about it is, if a person were to do it on their own, like pay out of pocket, it can cost them thousands of dollars to complete some of these trainings,” Garcia said. “[It is] free of cost to them, if they have the capability to end the time to be able to do.”

Tec Centros inspired by SACA’s model have low or even no cost to enroll depending on the program and scholarships are available.

Forty-five minutes west of Reading, the Latino civic group Working to Empower People for Advancement, or WEPA, is gaining momentum and attracting attention. It is bringing a Tec Centro of its own to Lebanon. 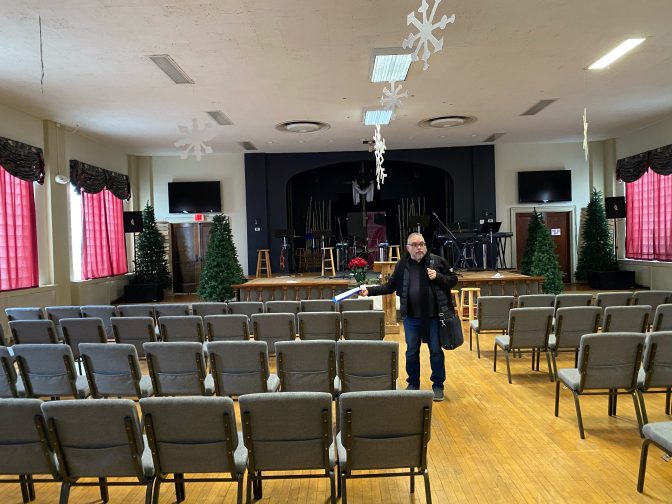 Rafael Torres shows the third floor of the former Elks Lodge in downtown Lebanon. The building is currently occupied by The Water’s Edge Church.

The Lebanon County Board of Commissioners recently approved $750,000 of American Rescue Plan Act funds for WEPA to purchase a building downtown to use as a one-stop shop for job training and also case management.

WEPA cofounder Rafael Torres said that means social workers will help families connect with other assistance they can benefit from, such as childcare, in order to focus on their job training.

“First when people come in here, we are going to address their needs,” Torres said. “We are going to look at them with a holistic approach.”

Sometimes students may already have skills and experience in their preferred professions. But coming from other countries or Puerto Rico, they aren’t as proficient with English. So, they may need Pennsylvania-specific certifications for their trades.

The Lebanon center needs around $4 million to fully renovate, staff and equip for construction, computer science and healthcare job training.

“It’s not that we’re spending money,” Torres said. “Now it’s time to look at it as investing money in our current situation and invest in the future.”

Torres said with such a large undertaking, leaders are not only working with regional industries to invest in the centers, but also asking lawmakers to add a $15 million line item to the state budget to specifically fund workforce development in third-class cities.

Torres and other Tec Centro leaders say they have been in communication with lawmakers in the state Capitol. But more needs to be done to secure that sort of funding, he said.

A dedicated slice of the budget could help bring Lebanon and York centers up to speed to quickly serve their communities. 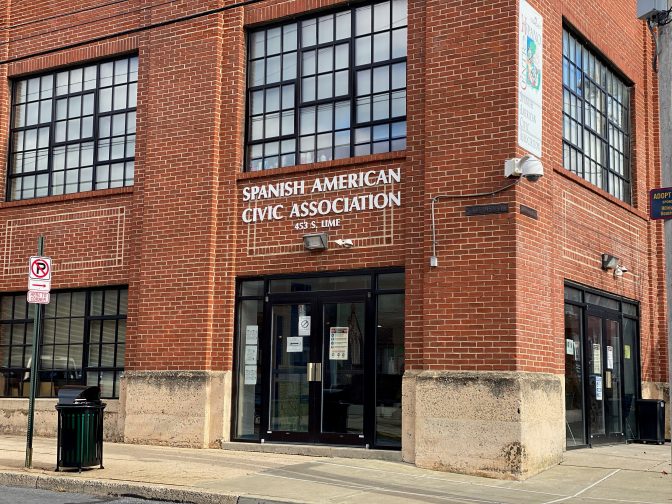 The Spanish American Civic Association has been serving the Latino community in Lancaster for 40 years.

SACA and leaders of organizations in York are far along in the process to bring a tech center to the White Rose city to better empower its workforce.

AliceAnne Frost is a board member of the Spanish American Multicultural Resource Center in York. She is also the executive director of The Program, It’s about Change, a nonprofit that provides services and encouragement to former offenders reentering the community.

She said they are also following the successful model of SACA and have even received hundreds of thousands of philanthropic dollars toward the forthcoming York Community Resource Center.

“I think in the next 10-12 months, I’m confident we will see this become a reality in York.”

Dr. Jose Serrano lives in the city and is the medical director of Emergency Medicine at Hanover UPMC. He is also on the board of the Spanish American Multicultural Resource center.

“The biggest social determinants of health overall, it’s not genetics,” Serrano said. “It’s not what family you were born into, it’s your economic situation.”

Frost and Serrano said they aim to deliver the same level of personalized training and case management in York that SACA has provided for nearly a decade in Lancaster.

As the number of Spanish-speakers living in Pennsylvania grows rapidly, the workforce development efforts are a way to provide immigrants and other community members with the tools to build their lives with sustainable jobs and highly-sought after skills.