In this Wednesday, May 13, 2015, file photo, emergency personnel work at the scene of a derailment in Philadelphia of an Amtrak train headed to New York. A Philadelphia jury is expected weigh criminal charges Friday, March 4, 2022, against Amtrak engineer Brandon Bostian over the deadly derailment. 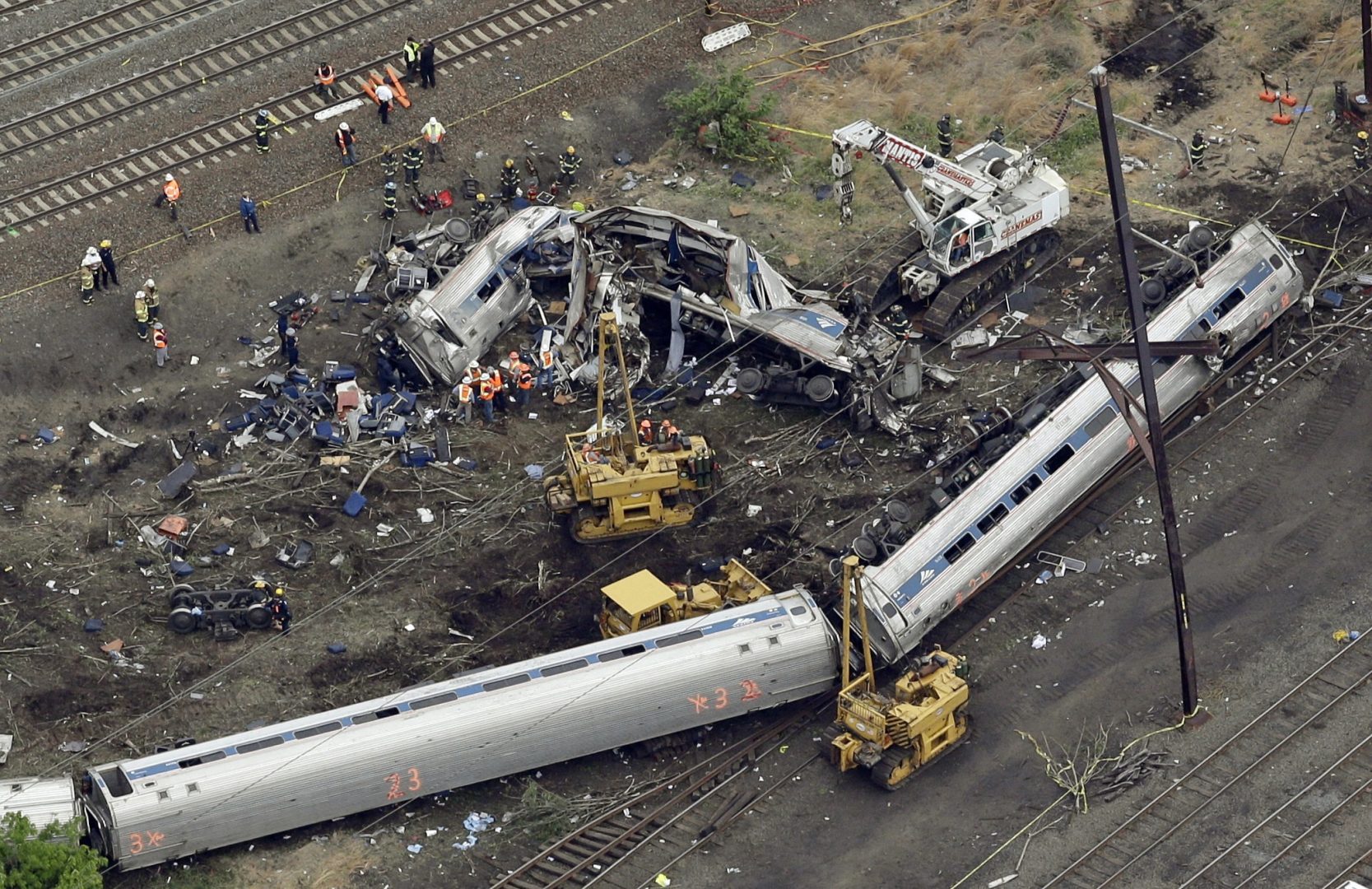 In this Wednesday, May 13, 2015, file photo, emergency personnel work at the scene of a derailment in Philadelphia of an Amtrak train headed to New York. A Philadelphia jury is expected weigh criminal charges Friday, March 4, 2022, against Amtrak engineer Brandon Bostian over the deadly derailment.

(Philadelphia) — A Philadelphia jury will soon weigh criminal charges against an Amtrak engineer over a deadly 2015 derailment — although the judge was skeptical Thursday that the evidence supports the prosecution’s case.

The on-again, off-again case against engineer Brandon Bostian, 38, will go to jury deliberations Friday morning. The charges include causing a catastrophe, involuntary manslaughter and reckless endangerment.

Eight people died and more than 200 people were injured when the train rounded a curve at more than twice the speed limit and derailed in north Philadelphia. Amtrak soon agreed to pay $265 million in civil settlements to victims and their families, but the criminal case has been an uphill battle.

The jury must decide whether Bostian sped up intentionally, knowing the risks — the threshold required for criminal negligence. 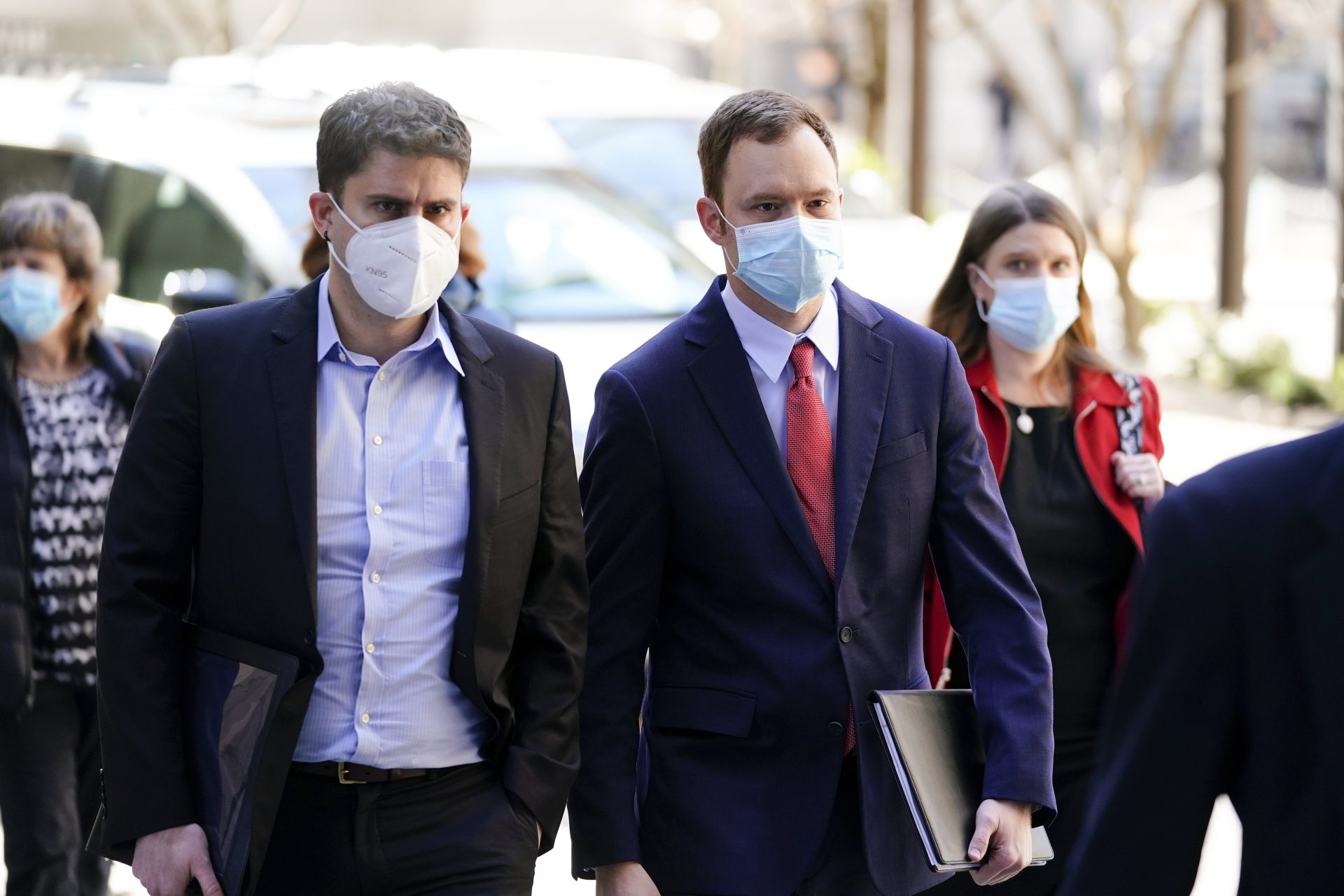 Brandon Bostian, the Amtrak engineer involved in a 2015 derailment in Philadelphia that killed eight people and injured more than 200, walks from the criminal justice center in Philadelphia, Thursday, March 3, 2022.

Common Pleas Court Judge Barbara McDermott said she wasn’t sure the evidence was sufficient to prove the crimes. The city’s district attorney had declined to charge Bostian, but the state Attorney General’s Office stepped in after the victims’ families pressed for charges.

McDermott said she may review the sufficiency of the evidence again after the jury verdict.

In closing arguments Thursday, Bostian’s lawyer said his client, a lifelong train buff, had a perfect work record until a minute before the crash. Bostian had just left Philadelphia’s 30th Street Station when he heard emergency broadcasts that people were throwing rocks at a commuter train up ahead. He soon entered the first part of an S-curve — the trickiest part of the route from Washington to New York.

Yet instead of braking for the second curve, he kept accelerating, going from 65 miles per hour up to 70, 80, 90 and finally 106 miles per hour, when the train derailed into a tangle of cars. The speed limit there was 50 miles per hour.

“If a doctor gets distracted, if there’s a disturbance, if they make a mistake, … is that a crime?” defense lawyer Brian McMonagle asked in closing arguments Thursday. “In what world would that be a crime?”

Senior Deputy Attorney General Christopher Phillips said, “He knew precisely where he was. He did it anyway.” Phillips never offered a motive, but said he did not need one.

Bostian later told federal investigators he was concerned for the other engineer’s safety because a friend had lost an eye from a similar rock-throwing episode that shattered a windshield.

He later recalled being only “slightly″ concerned about his own safety that night. Investigators say there’s no evidence he was impaired or using his cellphone at the time. 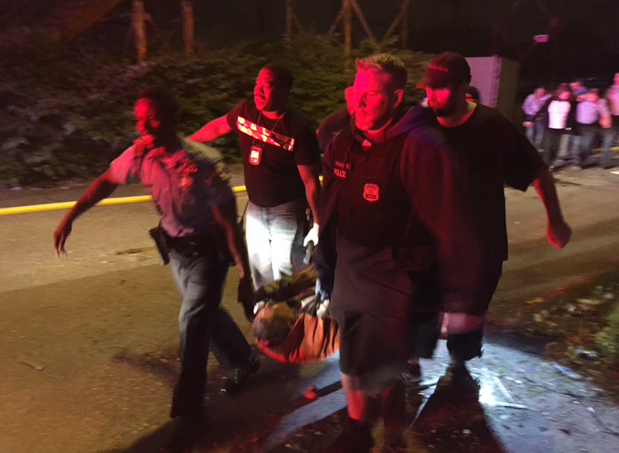 A passenger is carried following an Amtrak train crash Tuesday, May 12, 2015, in Philadelphia. Train 188 was traveling from Washington to New York City. (AP Photo/Paul Cheung)

Federal safety investigators believe that Bostian lost what they call “situational awareness” on the track. Thinking he was past the S-curve and on the straightaway, Bostian accelerated, they concluded.

The attorney general, in his closing arguments, recalled the testimony of a woman who asked to borrow Bostian’s phone after the crash. She had no idea he’d been driving. As she told her father what happened, she asked Bostian where they were. He said, accurately, they were at “Franklin Junction,” according to Phillips.

Soon afterward, Bostian texted his parents to say he was OK. An hour later, he got a text from his partner, who promised to rush down from Boston. At the hospital, where Bostian was diagnosed with a concussion and received 14 stitches, he asked if he was in New York. He later testified that he had only limited memory of the chain of events.

A defense expert on Thursday listed several other train crashes which investigators later blamed on a lack of “situational awareness.″

Since the derailment, Amtrak has installed speed controls on all its track from Boston to Washington.