Wilt Chamberlain, of the Philadelphia Warriors, holds a sign reading "100" in the dressing room in Hershey, Pa., March 2, 1962, after he scored 100 points, as the Warriors defeated the New York Knicks.

Nobody has seen anything like it, either. And probably never will. 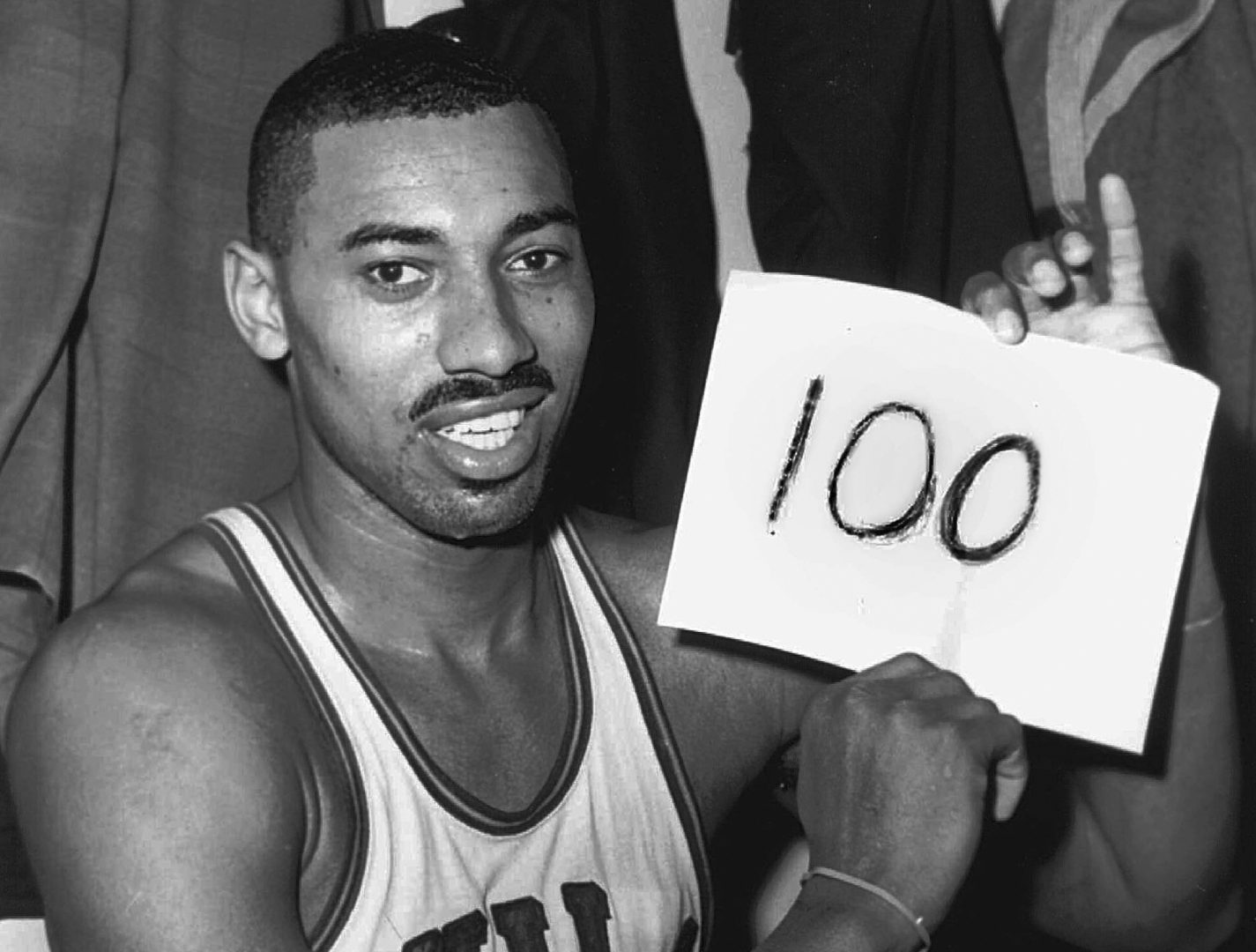 Wilt Chamberlain, of the Philadelphia Warriors, holds a sign reading "100" in the dressing room in Hershey, Pa., March 2, 1962, after he scored 100 points, as the Warriors defeated the New York Knicks.

There’s irony in the fact that no video is known to exist of Wilt Chamberlain’s 100-point game for the Philadelphia Warriors on March 2, 1962.

Nobody can watch it now.

Nobody has seen anything like it, either. And probably never will.

Wednesday marks the 60th anniversary of the greatest scoring effort in NBA history — 36 field goals, 28 free throws, 100 points for Chamberlain, in the Warriors’ 169-147 win over the New York Knicks in a game played before about 4,000 people in Hershey, Pennsylvania. It might be the closest thing the NBA has to a single-game record that will never be broken.

Chamberlain, for the record, disagreed with that sentiment.

“I think it can be broken,” he said in 1987, around the 25th anniversary of the historic night.

Not yet. Not even close. 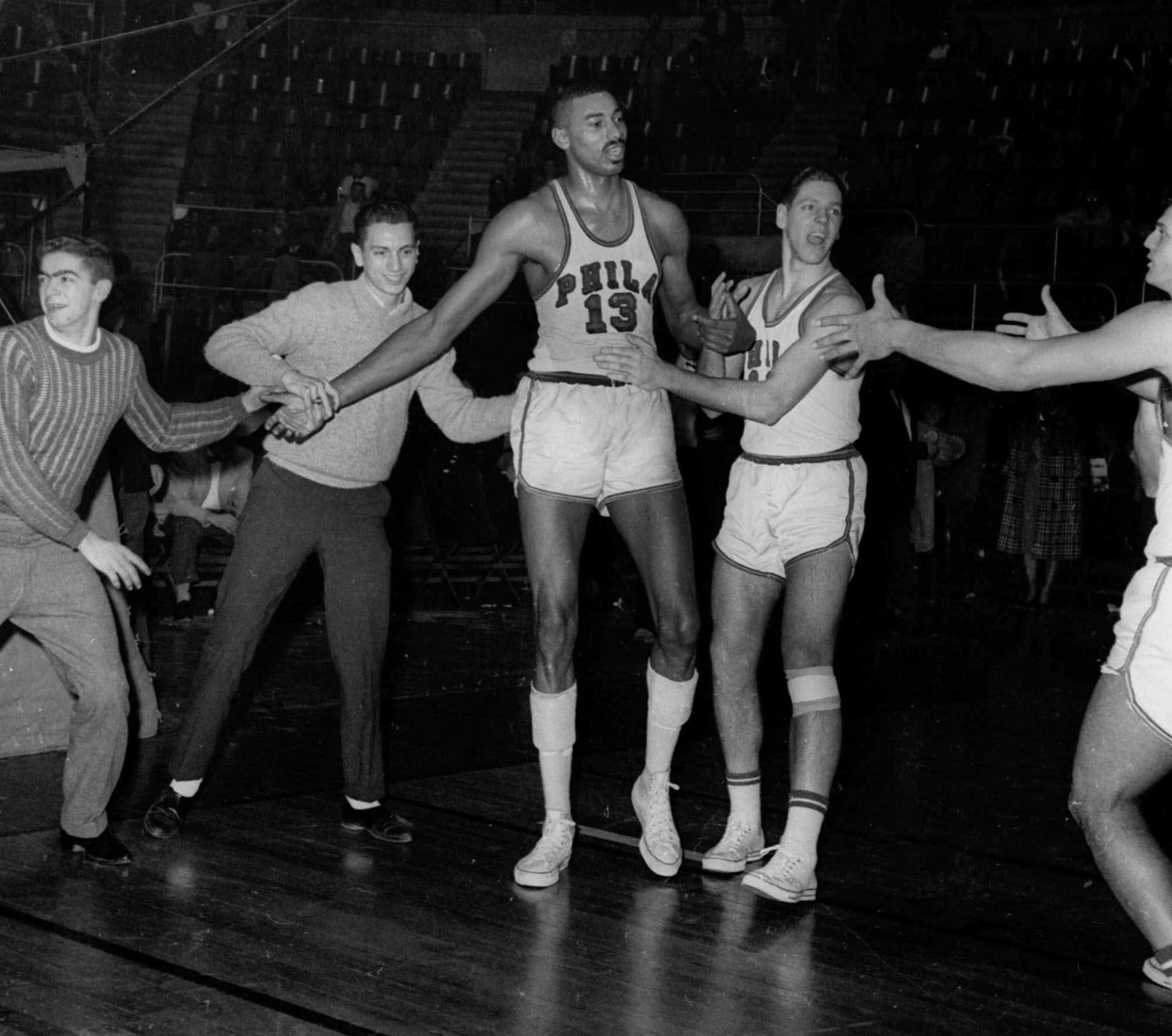 Unidentified fans and teammates rush onto court to congratulate Philadelphia Warriors Wilt Chamberlain (13) at Hershey, Pa., March 2, 1962, after he scored his 100th point for an NBA record. The Warriors won the game, defeating the New York Knickerbockers 169 -147.

Kobe Bryant scored 81 points for the Los Angeles Lakers one night against Toronto, the closest anyone has ever come to Chamberlain’s mark. David Thompson scored 73, Elgin Baylor and David Robinson each scored 71, and Devin Booker had a 70-point game.

That’s it. Think about it: No player has gotten closer than 19 points to 100, and only five have come within 30 points. Even in this era in which 3-pointers are all the rage — remember, they were about two decades from existence when Chamberlain set the record — hardly anyone has gotten within 30 points of history.

Booker got his 70-point game in 2017. Carmelo Anthony and Stephen Curry each had a 62-point effort in the last decade. James Harden has hit the 60-point mark four times, Damian Lillard three times, while Klay Thompson and LeBron James each got there once.

But it’s also nowhere near the record.

Break down the numbers, and it starts to make sense why nobody has come close.

So, forget the 50-point halves. Let’s try four 25-point quarters. Nobody has had more of those in the last 25 years than Curry, who can get on a hot streak like few others can dream about.

That’s the best of his best, the hottest of his hottest, the four best regular-season quarter performances he’s ever had.

They add up to exactly 100 points.

Picturing him having those four insane quarters in one night is, well, let’s just say it doesn’t seem likely, even for perhaps the greatest shooter the game has ever seen. 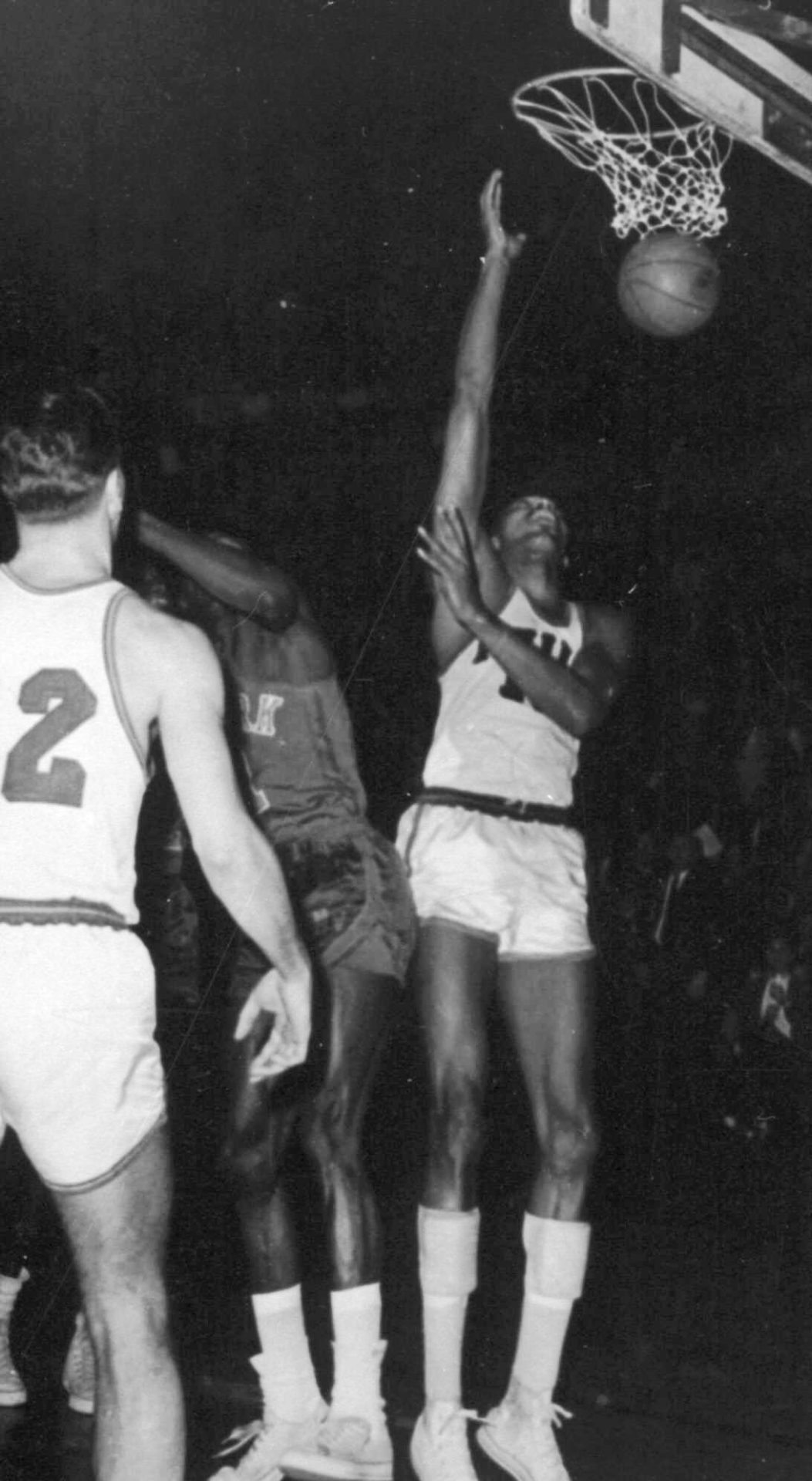 There are so many more hints that another 100-point night just aren’t going to happen.

— Chamberlain took 63 shots from the field that night. Nobody has taken more than 50 in a game since.

— Chamberlain played all 48 minutes of that game. That hardly ever happens anymore, either. Chamberlain was on the floor all the way to the end in what would be considered a blowout. Few coaches would dare do that now with their best players, for fear that a $40-million-a-year guy turns an ankle or worse.

Consider all that, and the record just looks safer and safer.

Besides, the record, as it currently stands, is perfect.

It’s 100, a perfectly round number. Think 100 in the NBA, you think of Chamberlain. Fans don’t think of the highlights of that game, because they don’t exist. They think of him holding up that white piece of paper with “100” scrawled on it after the game, because someone was smart enough to snap a few pictures when history was made.

“It’s a record I’d hate to try to break myself,” someone said after that game.

That someone was Wilt Chamberlain.

Even he wanted no part of chasing this one.

From Schuylkill County, Pennsylvania, prayers for Ukraine. From Ukraine, a plea for support