The decision ended a process that involved months of public hearings, partisan fights, failed legislative negotiations, and arguments up and down the commonwealth’s appellate courts. 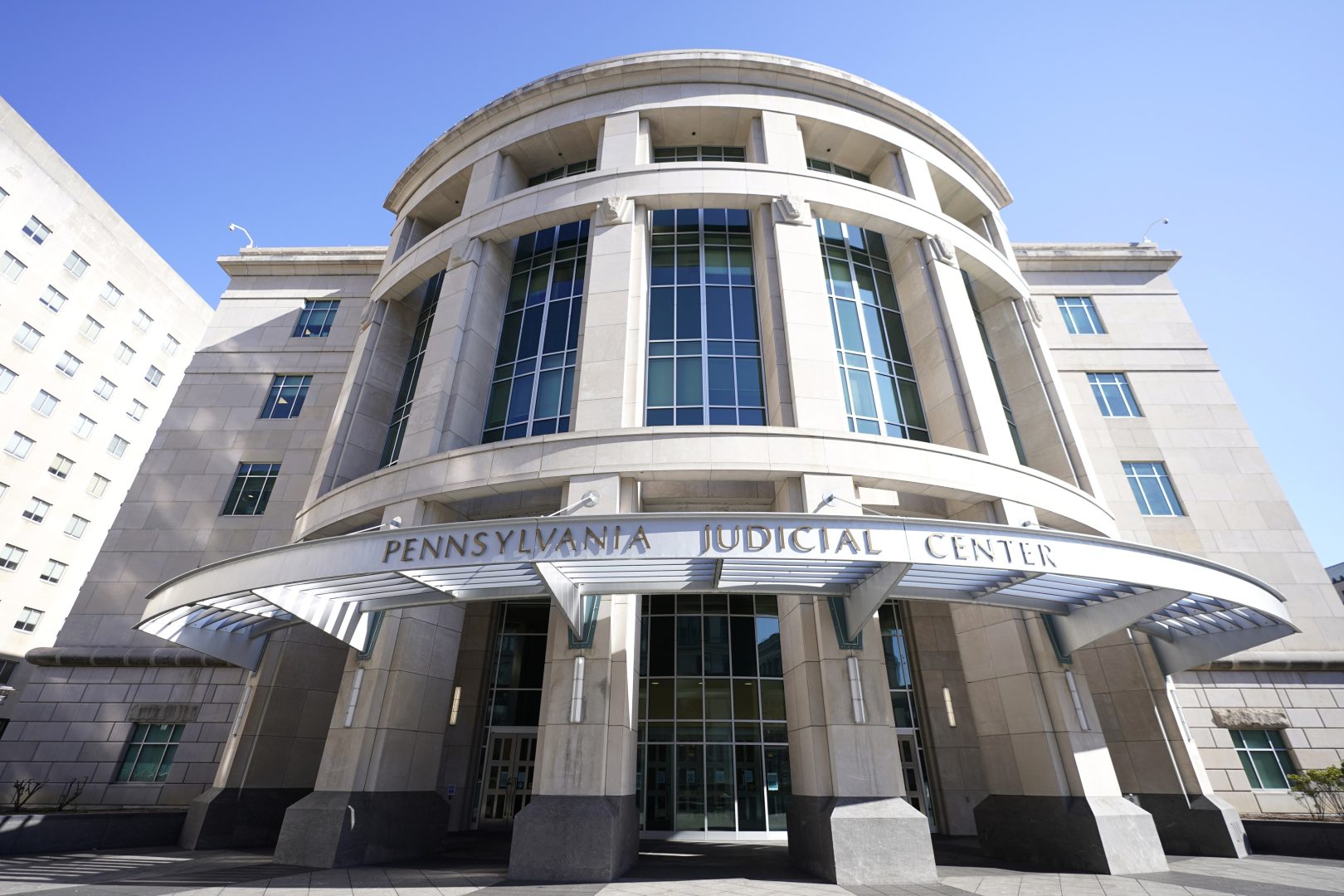 Pennsylvania has a new congressional map.

The state Supreme Court announced Wednesday that, in a 4 – 3 decision, it had chosen a plan and ended a process that involved months of public hearings, partisan fights, failed legislative negotiations, and arguments up and down the commonwealth’s appellate courts.

The map the Democratic-controlled court chose, which is known as the Carter plan, was submitted to the court by a group of Democratic voters represented by nationally prominent Democratic election attorney Marc Elias. 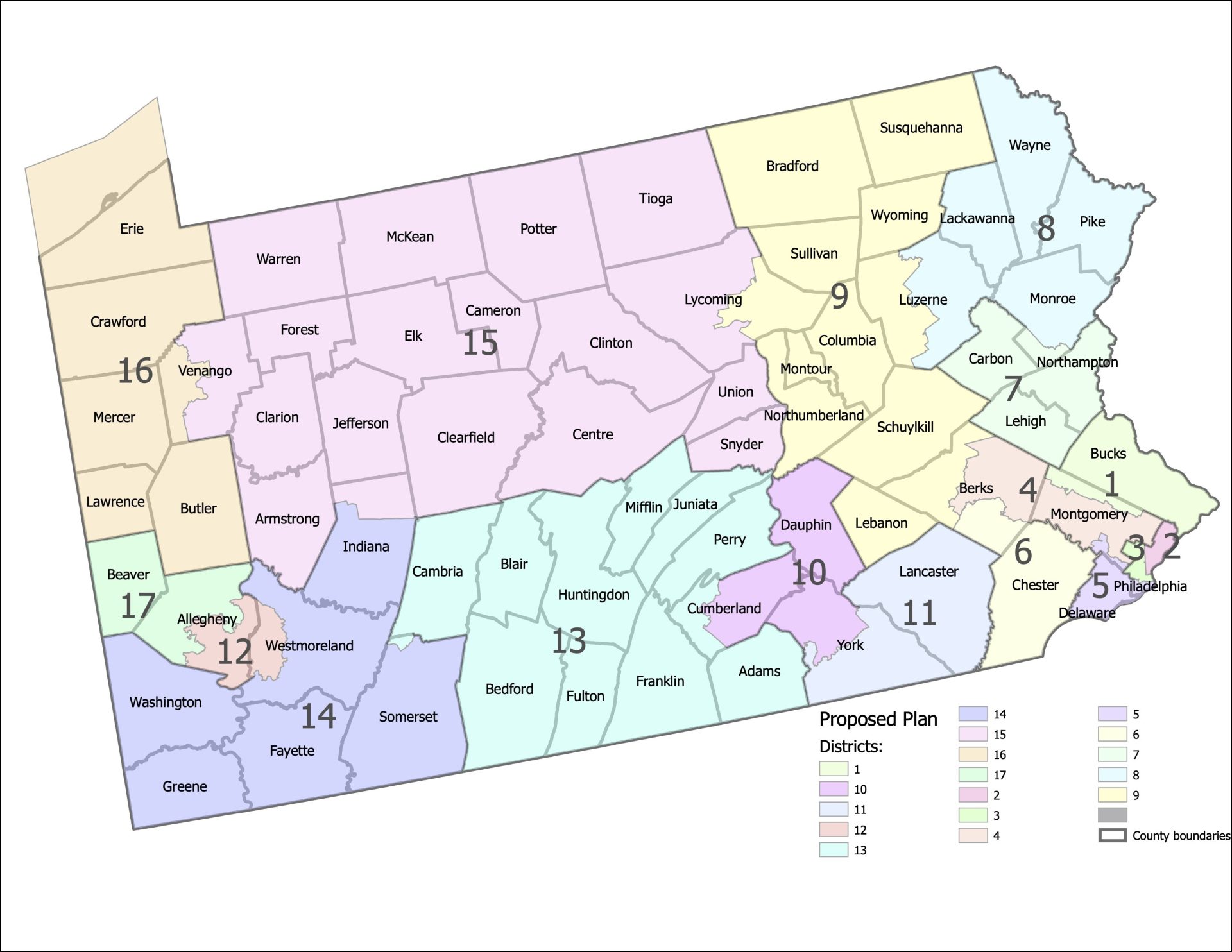 It would make relatively few changes to Pennsylvania’s existing congressional map, which the state Supreme Court commissioned in 2018 after declaring the previous, legislatively-passed map to be unconstitutionally gerrymandered in Republicans’ favor.

Analyses from opinion poll site FiveThirtyEight and map comparison tool Dave’s Redistricting App show most existing boundaries are kept intact under the new plan. At least seven districts would likely remain in Republican hands, while at least six would likely go to Democrats. The remaining four are competitive enough to be toss-ups.

These partisan outcomes aren’t guaranteed. They’re based on analyses that use past precinct-by-precinct election results to predict likely outcomes in proposed districts. Actual voter behavior is influenced by an enormous number of factors, like political trends and the candidates up for election, and can vary regardless of the way a district is constructed.

The biggest changes under the new map are due to the fact that Pennsylvania is losing a congressional district after U.S. Census data showed its population grew more slowly than other states over the last decade, and that rural portions of the state grew more slowly than the more populous central and southeastern regions.

Republican Congressman Glenn Thompson, who represents the sprawling district in the sparsely-populated northwestern part of the state, is now drawn into a district with fellow GOP Congressman Fred Keller, whose 12th District stretches from Perry County to the also-remote north-central tier. The two will have to compete in a Republican primary in order to stay in Washington.

The map also creates two districts in the Pittsburgh area that will have no incumbents.

Stanford University political scientist Jonathan Rodden drew the map at the behest of the Carter petitioners. A political geography expert who has testified in a half-dozen other redistricting cases, Rodden has said in court filings that he used a “least-change approach” for the plan, basing his draft closely on Pennsylvania’s 2018 congressional map and adjusting it primarily to account for population shifts and the commonwealth’s loss of a congressional seat.

He also says he drew the map without looking at either partisan or racial data.

Carol Kuniholm, who heads the redistricting transparency group Fair Districts Pa., said she was surprised that Supreme Court justices — who had previously expressed displeasure at being thrust into this highly political task — chose a map submitted by a partisan group of voters.

“This one has very low partisan bias, and that, we think, will make it very fair,” she said. “I think it also did the least harm to incumbents — it actually protected incumbents. And I would think, given the timing on all this, the least disruption makes sense just because it is so late in the process.”

This year’s redistricting process got off to a late start thanks to delayed census data. That, along with gridlock among state lawmakers, gave the court very little margin for error in choosing a map in time for the May primary election. Pennsylvania was one of the last handful of states that hadn’t finalized a map, ​​and because of that, the primary timeline was thrown into disarray when the High Court hit pause on the nomination petition timeline that was supposed to have begun on Feb. 15.

Lawyer Ben Geffen of the Public Interest Law Center, who argued for one of the 13 maps in front of justices last week, said he’s happy candidates and election workers can proceed now that new district lines are in place.

“It’s hardly unusual for county election boards and candidates to have to juggle last-minute changes to the schedule like this, and I don’t think this year is any different,” Geffen said, referencing the primary election delay in 2020 due to the pandemic and a compressed election timeline back in 2018, when the state Supreme Court tossed out a 2011 map as unconstitutional.

“It’s felt equally by all candidates, so I don’t know why it would hurt some candidates more than others,” he added.

Republican legislative leaders weren’t as pleased as Kuniholm and Geffen.

In a statement, Speaker of the House Bryan Cutler (R-Lancaster) and House Majority Leader Kerry Benninghoff (R-Centre/Mifflin) said they believed only the plan their caucus had drawn — and that Democratic Gov. Tom Wolf vetoed — would have been fair.

“Only the map submitted by House and Senate Republicans followed all constitutional guidelines, went through a deliberative legislative process and was endorsed by a judicial body,” they wrote. “Sadly, candidates and voters must now submit to a unilateral court that sees itself above every person in our Commonwealth.”

Cutler and Benninghoff are referencing GOP Commonwealth Court Judge Patricia McCullough who, after being appointed as a “special master” to make map recommendations by the Supreme Court, advised they pick the Republican plan in large part because it had passed both chambers.

In a public hearing, however, Supreme Court justices were unmoved by her argument.

Wolf was perfectly happy with the final plan, calling it “a fair map that will result in a congressional delegation mirroring the citizenry of Pennsylvania.”

“With today’s decision,” he added, “we could again send to Washington members of Congress elected in districts that are fairly drawn without favor to one party or the other.”

The only thing that could change the map at this point is intervention from a federal court. A group of Republicans has already filed a federal lawsuit arguing that the state Supreme Court doesn’t have the authority to select a congressional map.

In the past, the federal courts have declined to intervene when the state’s high court decided to draw or choose a map.

Pennsylvania has a new congressional map